Why The Most Essential Vitamin B Was Renamed 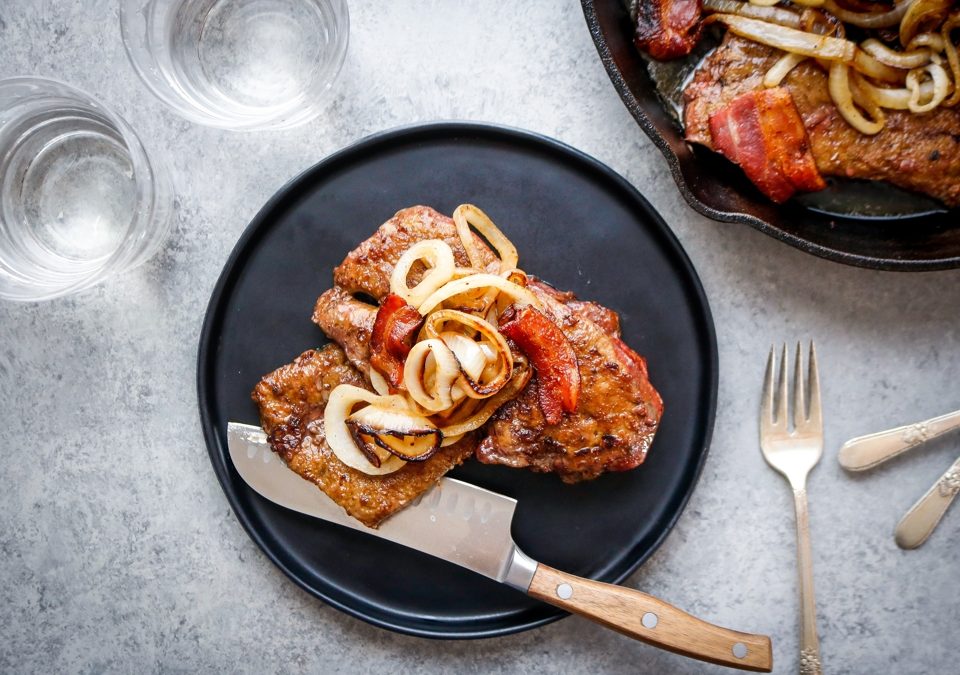 Your body does not naturally produce enough choline to meet your needs. Therefore, you must get some from the food you eat.4 Choline levels are not routinely measured, but most people in the U.S. eat less than the recommended amount of foods containing choline.

While symptoms of a frank deficiency in healthy children and adults are rare, insufficient choline may be linked to health conditions including neurological degeneration and liver disease. Choline functions in the body overlap those of B vitamins, which in part may explain how choline was originally called vitamin B4.

Choline Was Once Considered a Vitamin

The earliest recorded information about choline occurred in 1862 when Adolph Strecker found that when lecithin was heated it generated a new chemical.5 He named that chemical choline. Three years later Oscar Liebreich identified a new molecule in the human brain that he named “neurine” and which later turned out to be identical to choline.

Nearly 100 years later in 1954, Eugene Kennedy described a pathway the body uses to incorporate choline into phosphatidylcholine. By this time scientists had identified many of the B complex vitamins.6

It wasn’t until 1998, though, that the Nutrition Board of the National Academies of Medicine recognized choline as an essential nutrient.7 In the fall of 2020, Elena Gagliardi from the ambulatory nutrition services department at Santa Clara Valley Medical Center spoke with a reporter from U.S. News & World Report and explained that choline is not a vitamin.8

Instead, it is “a chemical compound vital for its many roles in the body.”9 Adenine is a chemical constituent of flavin adenine dinucleotide (FAD), which helps convert choline in the mitochondrial matrix.10

There is a close relationship between adenine and choline — so much so that some also refer to adenine as vitamin B411 and others use the terms interchangeably.12 However, it doesn’t matter what term is used, choline is a crucial nutrient for health and wellness.

Choline Is Crucial to Cognitive Function and Liver Health

According to a paper in Nutrition Today, the adequate intake (AI) for choline was calculated when the population levels of it were relatively unknown. Rather than being calculated based on experimental determinations or estimations of intake, it was calculated in part based on a study of adult men who developed liver damage after becoming deficient in it.13

The AI levels for others were then extrapolated based on standard reference weights. However, recent analysis has shown nearly 90% of people living in the U.S. do not eat enough choline-rich foods. Added to this, the 2015 to 2020 dietary guidelines for Americans did not recommend sufficient choline-rich foods to meet your needs.

Subsequently, it was discovered acetylcholine plays a central role in the nervous system, which requires an enzyme to synthesize it from acetyl-CoA and choline.16 The enzyme is called acetyltransferase. This connection likely explains, at least in part, the effect that anticholinergic drugs have on short-term cognitive impairment in the elderly.17

The medications act on acetylcholine, which sends messages that affect muscle contraction and the part of the brain that handles memory and learning. In one study, 347 participants who had experienced a stroke were given citicoline for 12 months. This is a supplemental combination of choline and cytidine.18

At the end of 12 months, the researchers found the supplement improved cognitive decline in the participants and “appears to be a promising agent to improve recovery after stroke.” Choline may also be a key factor in nonalcoholic fatty liver disease (NAFLD), which is one of the most common forms of liver disease in the U.S.19

In part, NAFLD is triggered by obesity and insulin resistance, which scientists find leads to fibrosis and then cirrhosis or liver cancer. There are two forms that are not associated with alcohol consumption. The first is simple fatty liver or nonalcoholic fatty liver (NAFL) and the second is called nonalcoholic steatohepatitis (NASH).

NAFL involves little inflammation or cellular damage, while NASH can lead to fibrosis, cirrhosis or liver cancer. In one study published in the Journal of Nutrition, researchers found women of normal weight who had the highest dietary intake of choline had a lower risk of nonalcoholic fatty liver disease.20

Choline Has a Significant Impact on More Body Systems

According to Chris Masterjohn, Ph.D., choline deficiency may be more significant in the development of NAFLD than consuming too much fructose. His degree is in nutritional science and he believes the rise in fatty liver conditions is largely due to dietary changes.

In his review of the medical literature, Masterjohn found a link between choline and fatty liver, which was initially discovered in research into Type 1 diabetes. He describes the relationship:21

“In 1949, however, researchers showed that sucrose and ethanol had equal potential to cause fatty liver and the resulting inflammatory damage, and that increases in dietary protein, extra methionine, and extra choline could all completely protect against this effect.

The MCD model produces not only the accumulation of liver fat, but massive inflammation similar to the worst forms of fatty liver disease seen in humans. What no one ever mentions about this diet is that it is primarily composed of sucrose and its fat is composed entirely of corn oil!

The picture that is clearly emerging from all of these studies is that fat, or anything from which fat is made in the liver, such as fructose and ethanol, are required for the development of fatty liver. But in addition to this [same] factor — overwhelmingly, it appears to be choline deficiency — must deprive the liver of its ability to export that fat.”

Donald Layman, Ph.D., from the department of food science and human nutrition at the University of Illinois, talked about the relationship between exercise performance and choline, saying:25

Specifically, choline is part of the neurotransmitter acetylcholine—the signal that stimulates muscle contraction, which supports muscle movement and performance. We also know that choline losses occur after exercise of only an hour, with a long run, cycling or a competitive tennis match.”

Choline plays a role in maintaining muscle function. Serum concentrations may be depleted during high-intensity exercise. In one study, researchers engaged 47 triathletes from age 25 to 61 from Ironman distance and Olympic distance triathlons. The group was split into two: 24 received daily krill supplements for five weeks before the race and 23 received a daily placebo of mixed vegetable oils.26

The athletes’ blood was tested before the race, immediately after and the following day. The researchers were analyzing serum choline levels and its metabolites. The data showed serum concentrations decreased significantly in all the races, but those receiving krill oil maintained more of their serum choline than those getting the placebo.

Enzymes may then turn TMA into trimethylamine-N-oxide (TMAO), a potential biomarker for insulin resistance and heart problems. As noted by the researchers, “Choline in the form of PC is considerably less converted to TMA as demonstrated in a single-dose study with krill oil, potentially resulting in more efficient delivery of choline.”29

For example, evidence has shown that 28 days of krill oil supplementation increased choline levels in healthy young adults.30 Additionally, the researchers in this study noted: “no adverse effects on plasma levels of TMAO and carnitine were found.”

How to Get More Choline

In a study comparing phosphatidylcholine, present in krill oil, and choline bitartrate salt, it was found that the krill oil led to higher levels of the important metabolites betaine and dimethylglycine (DMG) along with lower levels of TMAO, which can lead to health issues, compared to the other choline sources.31

Krill oil also offers more nutrients, including eicosapentaenoic acid (EPA) and docosahexaenoic acid (DHA), which are beneficial for heart health and have been shown to improve blood pressure,32 reduce overall inflammation, reduce the effects of rheumatoid arthritis33 and depression34 and help slow the progression of Alzheimer’s disease.35

Egg yolks are another excellent choline source. Among egg consumers, approximately 57% met the adequate intake levels for choline, compared to just 2.4% of people who consumed no eggs.36

In fact, the researchers in this same analysis concluded that it’s “extremely difficult” to get enough choline unless you eat eggs or take a dietary supplement, though it’s preferable to get nutrients from dietary sources whenever possible. Other dietary sources of choline include:37,38