Why Most People Are Deficient In Minerals 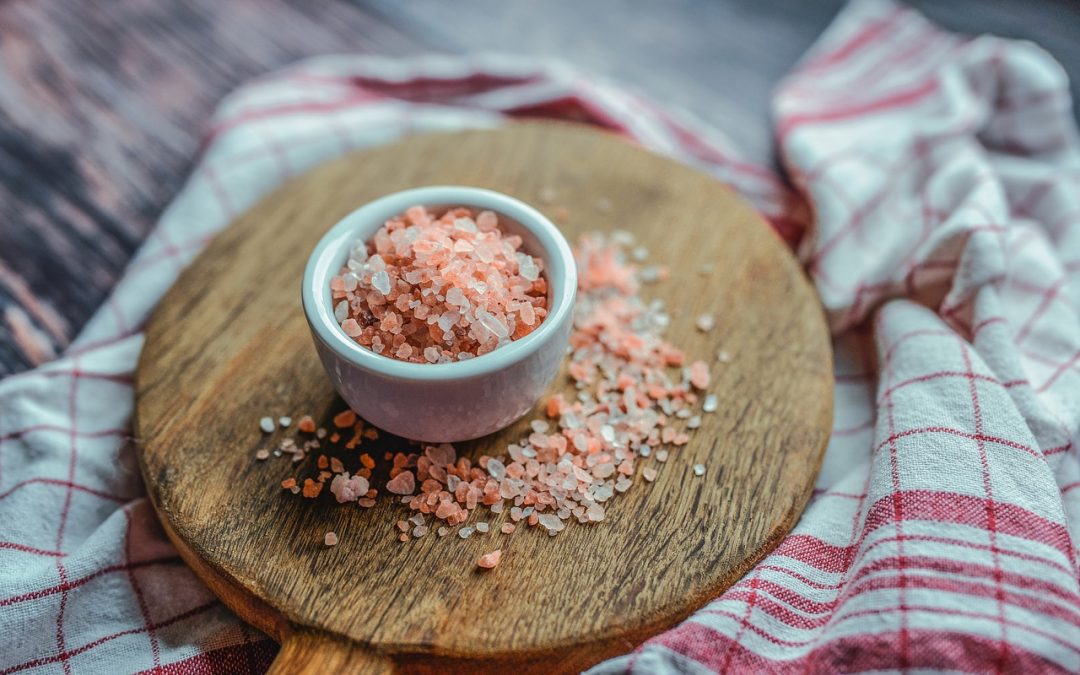 It’s estimated that 1 in 3 Americans is deficient in at least 10 minerals, including
potassium, manganese, magnesium and zinc, putting them at risk of chronic diseases
such as heart disease and diabetes.1

“The Mineral Fix,” written by James DiNicolantonio, Pharm.D., with whom I co-wrote
“Super Fuel,” and Siim Land, author of “Metabolic Autophagy,” provides a comprehensive
guide about the role of essential minerals and why you need them to optimize
physiological function and survival. There are 17 essential minerals, broken down into seven macrominerals and 10 trace minerals. There are another five minerals that are
possibly essential.

The primary role of minerals is to act as cofactors for enzymes, but that’s just the bare
minimum. “They literally are the shields for oxidative stress,” DiNicolantonio said,
“because they make up our antioxidant enzymes. They help us produce and activate
ATP, help us produce DNA, protein, so literally every function in the body is dependent, in
some way, on minerals.”

Minerals’ role in the creation of adenosine triphosphate (ATP) alone is a clue to their
importance. As the energy currency in your body, ATP is essential for cellular functions
throughout your body, including in your heart, which is dependent on sufficient amounts
of ATP to function properly. DiNicolantonio believes that not getting enough minerals in
your diet can be just as damaging as eating an unhealthy diet focused on sugar and
seed oils.

Three Reasons Why You May Be Deficient in Minerals

About a third of the U.S. population is likely deficient in the below 10 minerals (estimated % not hitting RDA/AI or estimated % deficient):2

DiNicolantonio cites three primary reasons why so many people are deficient, including
the fact that our foods are more nutrient-depleted. People also aren’t selecting the right
foods to hit optimal intakes of minerals, and chronic diseases states are compounding
the problem.

For instance, gastrointestinal damage can decrease the amount of minerals you absorb,
while if you are living in a high state of inflammation, it’s taxing to your system, which
will increase the burn rate of minerals. Kidney damage increases the excretion of
minerals, while high insulin levels will cause minerals to be excreted in your urine.
“Those three key factors are why so many of us are depleted in so many minerals,”
DiNicolantonio said.

Minerals for Antioxidant Defense and Immunity

You may associate antioxidants with vitamins, such as vitamins C and E, but minerals
were the first antioxidants in living organisms. DiNicolantonio uses the example of blue-green algae that lived billions of years ago, producing oxygen and creating an abundance of oxidative stress. They utilized selenium and iodine as antioxidants. In humans, we use these similarly.

Iodine is an essential mineral that helps prevent polyunsaturated fats from oxidizing,
provides your thyroid with the necessary nutrients to produce thyroid hormones, and is a
natural antibacterial agent. Thyroid hormones are essential for normal growth and
development in children, neurological development in babies before birth and in the first
year of life, and in regulating your metabolism.3

However, DiNicolantonio said, thyroid hormones also act as antioxidants, with effects
100 times stronger than vitamin C, vitamin E and glutathione. You need minerals,
including iodine and selenium, to form your thyroid hormones, and your levels of
powerful antioxidants like glutathione are directly dependent on your selenium and
magnesium status.

There’s also superoxide anion, the product of a one electron reduction of oxygen, which
is the precursor of most reactive oxygen species and a mediator in oxidative chain
reactions.

These oxygen free radicals attack the lipids in your cell membranes, protein receptors,
enzymes, and DNA that can prematurely kill your mitochondria. Superoxide dismutase
neutralizes superoxide anion, but it depends on copper and zinc. DiNicolantonio
explained:

“If you’re low in copper and zinc, you can’t neutralize the superoxide, it combines with nitric oxide, reducing your nitric oxide levels, increasing blood pressure, leading to atherosclerosis and heart disease, and then you form the toxic peroxynitrite. So it goes to show you how just having a low mineral status can lead to high inflammation.”

The recommended dietary allowance (RDA) for many minerals may be inadequate to
protect your health and don’t get you to the levels needed to optimize your antioxidant
defenses, DiNicolantonio said, calling this issue the crux of their book.

RDAs are based on studies to make sure you’re not deficient, but this level isn’t the same
as the one that will give you optimal health. In the case of enzymes dependent on
vitamin C, for example, you need to consume 120 milligrams (mg) to 150 mg of vitamin
C to make sure those enzymes are highly optimized, which is far more than the 6 mg to
8 mg of vitamin C needed to prevent scurvy.

“You can have up to a 1,000-fold difference between preventing deficiency and optimal
intake,” according to DiNicolantonio. Magnesium is another example but with lower
differences between deficiency and optimal. You only need about 150 mg to 180 mg a
day to prevent deficiency, but optimal levels are closer to the 600 mg/day level.

For comparison, the RDA for magnesium is around 310 mg to 420 mg per day depending
on your age and sex.4

But like DiNicolantonio, many experts believe you may need around 600 mg to 900 mg per day. As noted in Open Heart:5

Another important point that DiNicolantonio makes is that simply increasing your
mineral intake by taking supplements may not be enough, because you need to be
insulin sensitive to utilize the minerals properly. If you’re insulin resistant, you can’t drive
the minerals into the cells to work well, and you’ll be eliminating the minerals in urine as
well.

“So really the first step,” he says, “is to eliminate the harmful substances that are
causing you to be insulin resistant in the first place. That’s automatically going to boost
your mineral status, because you’re going to be able to utilize those minerals better.”

The best way to increase your mineral intake is via healthy foods. For copper and iron,
for instance, DiNicolantonio recommends pairing muscle meat with liver, or eating
oysters, which are also high in zinc. A lot of oysters may be contaminated with
cadmium, however, so they should be eaten in moderation depending on where they’re
sourced from.

One of the foods with the highest minerals overall are mussels. They’re high in
manganese, chromium and copper, which are minerals many people are deficient in.
Liver is another nutrient-dense food that’s rich in minerals, but it’s possible to overdo it.

According to DiNicolantonio, in terms of mineral consumption, one-half to 1 ounce of
liver per day is the ideal amount, which will give you vitamin A, folate and copper. He
recommends pairing this with about 10 to 12 ounces of pastured red meat per day, for
the vitamin B12, protein, zinc and iron it provides.

If you don’t like the taste of liver, try a blend of meat made with pastured liver, heart and
muscle meat. You can add in more pastured ground beef to make it more palatable and
still reap the rich mineral benefits.

Women need more than twice the amount of iron as men, so animal-based sources of
iron, which are 10 times more bioavailable than plant sources, are important. For those
who don’t eat meat, combining vitamin C with beans, spinach and other iron-rich greens
may help make the iron more bioavailable.

It’s important to balance animal foods with alkaline minerals like potassium and
magnesium from plant foods or mineral waters, which will balance out the acid and help
protect your kidneys. Mineral waters that contain bicarbonate can help with this acid-base balance, while providing an additional source of minerals like calcium and magnesium.

Drinking mineral water with a meal is also beneficial and can increase mineral absorption while lowering postprandial blood sugar. It’s also useful to sip mineral water throughout the day, DiNicolantonio said, citing a study that found consuming 7 ounces of mineral water seven times a day increases magnesium absorption and retention by 40%, versus consuming larger amounts twice a day. He continued:

“It’s that slow infusion, which mimics more of an evolutionary intake — we would have just drank water throughout the day and it would have been natural. It wouldn’t be these artificially softened waters, it would be natural waters that contain bicarbonate, that contain magnesium, that contain calcium. So it’s something that I do.”

Lesser-Known Minerals That You May Be Missing

Minerals like boron often get overlooked, yet they’re extremely important for well-being and health. Boron, consumed at levels of about 3 mg daily, is beneficial for bone health and testosterone, but it’s thought that most Americans only consume about 1 mg.

The highest concentrations of boron are found in bones and tooth enamel and, according to the Natural Medicine Journal, it “appears to be indispensable for healthy bone function,”6 as it reduces excretion of calcium, magnesium and phosphorous.

There may also be other, as yet poorly understood, mechanisms by which it benefits bone-building and other aspects of health. The optimal dosage is unknown, but you can get significant amounts of this trace mineral by eating small amounts of raisins, peaches, prunes, dates, black currants and avocados.

A trace mineral supplement can also be helpful in optimizing your levels of “overlooked” minerals like boron, chromium and molybdenum. Chromium, which has been linked to improved blood sugar levels,7 can be found in mussels, lobster, crab and shrimp, as well as broccoli, in smaller amounts.

Further, chromium is lost in sweat, so you if sweat a lot due to living in a hot climate, sauna usage or exercise, a chromium supplement may be necessary, especially if you don’t regularly consume chromium-rich foods. Copper is another mineral lost through sweat, and since most people don’t consume much copper, it’s possible to lose more copper than you’ve taken in if you sweat heavily for about an hour a day.

Molybdenum is another often-overlooked mineral, which is an essential catalyst for enzymes to help metabolize fats and carbohydrates and facilitate the breakdown of certain amino acids in your body. The best dietary source of molybdenum, according to DiNicolantonio, is liver.

If you want to learn more, or are concerned that you’re not getting enough minerals, “The Mineral Fix” goes much more in-depth about the role of the 17 essential minerals your body needs, including optimal intake levels, symptoms of deficiency, how to test your mineral levels and best food sources.