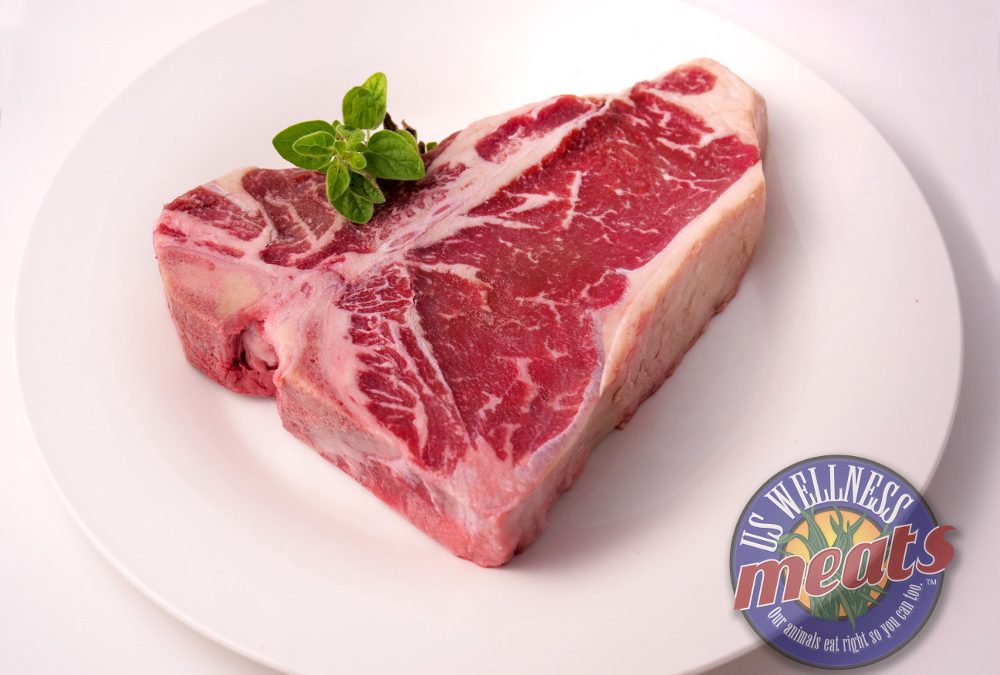 Somewhere along the line, pastured meat got generalized with industrialized meat and/or tangled up with the reputation of “excess protein” in the lineup of “usual suspects” for causing cancer. That’s unfortunate, because we’ve seen so many health (and yes, cancer) recoveries over the years, in people who eat our pastured meat products. Case in point is USWM customer and fellow cattle farmer, Bill Ellis, 71, whom I’ve gotten to know a bit.

Last year, Bill first contacted USWM after hearing me on author Kat James’ radio show. Bill and I talked about farming but also about his cancer experiences, and his latest prostate tumor. He had just begun Kat James’ Total Transformation® Program, which features plenty of our pastured animal products (rich in cancer-fighting CLA, mind you).

Impressed with his initial weight loss, vastly reduced pain and improved sleep, he decided to attend her retreat near his neck of the woods, in Chattanooga, TN that fall. While there, he feasted on our highest-fat grass-fed items and began to order them regularly as part of James’ very high fat, very low carb recommendations under his doctor’s supervision, and soon saw his PSA numbers plummet from 19 to 13.

Bill had opted out of all conventional treatments because two close relatives “wound up in diapers” after their prostate cancers were treated. No claims were ever made, but when his tumor was checked several weeks after the retreat, it had gone down by about 40% since his previous doctor visit. His weight went from 239 to his high school weight, around 198. The list of other changes would frankly be hard to believe if you were unfamiliar with James’ track record (you can hear it straight from Bill in this live interview this past weekend on The Kat James Show.

Bill Ellis before and after working with Kat James

In addition to full resolution of his decades-long:inability to sleep more than 20 minutes at a time, due to pain and reflux, Bill’s swollen salivary glands which were “the size of small grapes”—and the life-long bad breath he attributed to the Candida that caused them—are gone. His eustachian tubes (leading from sinuses to ears) that had been clogged to the point where it affected his hearing since he first broke his neck (he’s broken it twice!), no longer are clogged, restoring his hearing fully. His hands don’t clench from bone spurs, which have “reabsorbed” he says. The shooting pain in his knees when climbing stairs is gone. And his grip, muscle recovery, memory, are all back as they used to be. The list goes on.

James emailed that Bill was extraordinarily motivated and worked with her for months to troubleshoot odd interferences with his progress, including a conventional toothpaste that was spiking his blood sugar readings and half a dozen other tweaks that needed to be made, even when Bill thought he was doing great, compared with before. She “knew he could be doing better.”

I want to give kudos to James for her efforts with Bill, and for at least being a part of more and more of these incredible, “coincidental” outcomes. Her educational and culinary retreats, modeled after her own, self-guided, dramatic transformation in 1990, have been identified by renowned leptin authority, Dr. Ron Rosedale, to be the first such retreats to consistently produce the symptoms of leptin sensitivity. Attending her retreats has had great impact on my own health. I encourage you to experience one of them, whether it be her online classes, or on-site ones, such as her upcoming Bad Sulza, Germany Total Transformation® or Iceland event.