What You Need To Know About Vitamin C Dosage 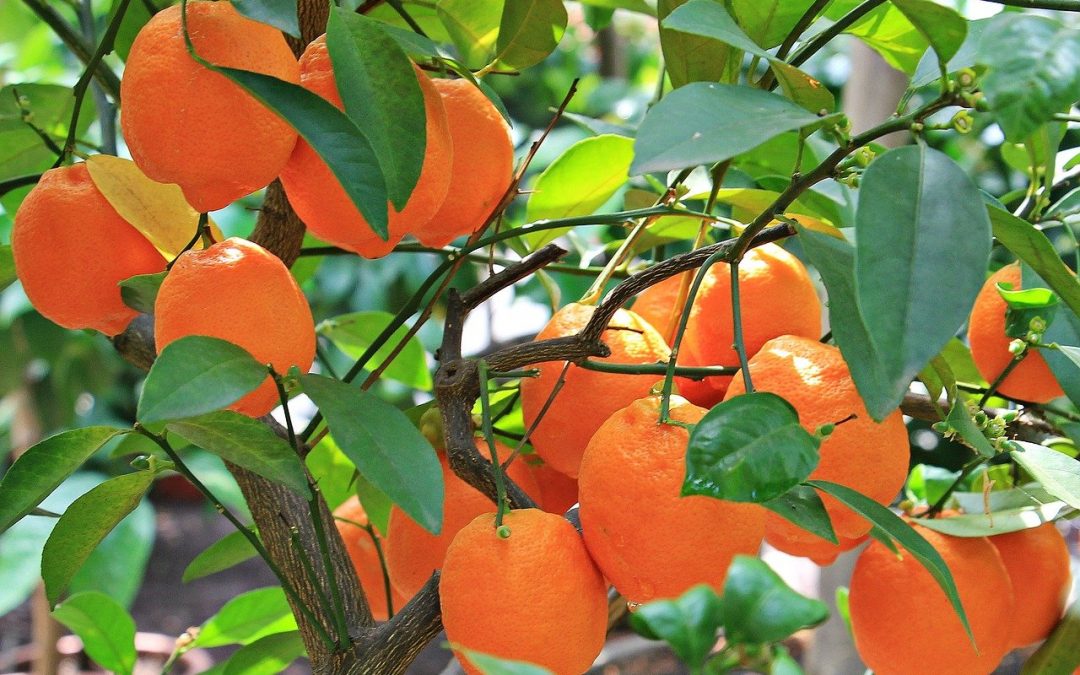 Vitamin C, also known as ascorbic acid (AA), is not synthesized by humans.1 It has many proven benefits from boosting the immune system, lessening cognitive decline, improving cardiovascular function and reducing oxidative stress to mineralizing bones, reducing the incidence of cataracts and acting as a pro-oxidant that may be toxic to cancer cells, according to research published in 2010.2

Yet, identifying the optimal dosage of vitamin C to achieve its many benefits has been a slow process. It has been hampered by lack of valid data, faulty methodologies that yielded incorrect conclusions and even infighting and politics.

Recently, in the video below, James DiNicolantonio, a cardiovascular research scientist and doctor of pharmacy, clarified the ways in which the optimal dosage of vitamin C can be ascertained and revealed how original calculations have resulted in lower and inadequate doses.3

Most people know that vitamin C was originally identified as a cure for scurvy, a disease characterized by bruising and bleeding that killed more sailors in the 16th, 17th and18th centuries than all other causes, such as battles, storms and other illnesses, put together.4 Vitamin C is so linked to its first dramatic benefit that its name “a-scorbic acid,” means “anti-scorbutic,” scorbutic referring to scurvy.5

Linus Pauling, an American chemist, biochemist and chemical engineer who was awarded the Nobel Prize in Chemistry in 1954, was an early proponent of the value of vitamin C to treat many illnesses, including cardiovascular disease, cancer, influenza, infections and age-related degeneration.6

Pauling also contended that environmental stresses and other factors such as molecular disease and biochemical individuality could increase a person’s need for vitamin C and other nutrients significantly above the recommended daily allowance (RDA).7 Sadly, Pauling’s research and findings were largely ignored, disputed and even mocked by mainstream medicine for many years.8

For example, in a 1976 study conducted by Pauling and Dr. Ewan Cameron, a Scottish surgeon, of 100 patients with terminal cancer, those treated with vitamin C had an improved quality of life and a fourfold increase in their mean survival time.9

Subsequent double-blind randomized clinical trials conducted at Mayo Clinic and published in two papers in The New England Journal of Medicine showed no positive effects, discrediting Pauling and Cameron’s trials, which had not been as well designed. According to the National Cancer Institute:10

“So why did the Pauling and Mayo Clinic trials have different results? There are at least two crucial differences. First, the Mayo Clinic trials abruptly stopped the ascorbate administration, switching to traditional chemotherapy, when the patient developed signs of tumor progression.

Thus, the overall median time of vitamin C treatment under the Mayo Clinic trials was only 2.5 months, while the Pauling and Cameron trials treated patients for the duration of the entire study period or as long as 12 years.

Secondly, the Mayo Clinic trials administered 10 g of daily ascorbate to patients only orally, while the Cameron and Pauling trials administered their vitamin C both orally and intravenously. This difference in the two dosage routes proved highly consequential.”

Research conducted by Dr. Mark Levine and colleagues and cited in DiNicolantonio’s video established a clear difference in saturation levels between orally administered and intravenous administered of vitamin C, which likely explains the different trial results. According to the National Cancer Institute:11

When given orally, vitamin C concentration in human plasma is tightly controlled by multiple mechanisms acting together: intestinal absorption, tissue accumulation, renal reabsorption and excretion, and potentially even the rate of utilization.”

“Given the fact that cancer patients were only treated with vitamin C orally in the Mayo Clinic studies, the studies do not disprove high dose vitamin C’s efficacy as a cancer treatment.”

Virtually all high-dose vitamin C treatments, whether used as monotherapy or in combination with cancer drugs, show improved quality of life, minimized pain and protection of normal tissues, says the Institute.13

Vitamin C Saturation Has Been Misunderstood

According to DiNicolantonio, optimal vitamin C levels have long been misunderstood. If a dose of vitamin C did not greatly increase blood levels, researchers have claimed that saturation had been produced and higher doses were redundant.14

The problem was, the video notes, researchers did not realize the apparent “redundancy” stemmed from the fact that some of the vitamin C had been excreted just as salt and water are excreted.15 It did not mean more vitamin C was not being absorbed.

Moreover, some researchers have used white blood cells to ascertain how much vitamin C has been absorbed, even though white blood cells can register high levels of the nutrient when supplies elsewhere in the body are low, according to Medical News Today.16

Because of the faulty doses rendered by misread saturation levels, DiNicolantonio agrees with Levine and colleagues that the recommended dose of daily vitamin C should be much higher than has been established. The adult RDA for adults is currently 90 milligrams (mg) a day for men and 75 mg for nonlactating women.17

Writing in the Proceedings of the National Academy of Sciences USA, Levine and his group comment on results from a vitamin C trial:18

Vitamin C Requirements Could Be as High as 2.5 Grams a Day

Referring to other vitamin C research in his video, DiNicolantonio says he believes the optimal dose may well be much higher than 200 mg daily. Research shows there is a huge gap between the amount of vitamin C ingested and the blood levels that are achieved, and that divided doses are also crucial in achieving optimal levels.19

Research that DiNicolantonio cites in the video verifies his stance that vitamin C RDAs need to be increased to achieve more of its benefits. A paper published in The Journal of Alternative and Complementary Medicine stated:21

“Numerous studies have demonstrated that vitamin C consumption higher than the RDA enhances the immune system and decreases the risk of DNA damage. Vitamin C greater than 400 mg/day can improve protection against oxidative stress, certain cancers, and degenerative and chronic diseases.”

In one study of high-dose vitamin C supplementation cited in the paper, improvements in male fertility were seen:22

“A recent study has shown that vitamin C supplementation (1000 mg twice daily, for a maximum of 2 months) in infertile men might improve sperm count, sperm motility, and sperm morphology and might have a place as an additional supplement to improve the semen quality leading to conception.”

There is another reason for vitamin C supplementation, wrote the researchers. Contemporary farming practices, which are so reliant on GMOs, pesticides, herbicides and heavy processing of the food, all deplete nutrients and add to the increased need many have for vitamin C. According to the article:23

“… modern farming leads to a lowering in food quality, inducing a considerable loss of micronutrients, and not allowing a sufficient intake of vitamin C simply through food consumption.”

Vitamin C offers many impressive benefits for your immune system and other important systems in your body. That’s why it is so important to achieve the correct dose; suboptimal levels of vitamin C will probably not produce the many available benefits.

According to The Journal of Alternative and Complementary Medicine, vitamin C enhances the immune system by stimulating leukocyte function, antimicrobicidal and natural killer cell activities and lymphocyte proliferation.24 High levels of vitamin C, according to the journal, also protects:25

“… against damage to blood vessels and very significantly reduce mortality rates in the elderly. Indeed, Fletcher et al. have measured that men (mean age 80 years) with 100 mg daily vitamin C intake presented a mortality risk nearly half that compared to peer men with a consumption of 50 mg/day.

Moreover, men with low serum ascorbate concentrations may have an increased risk of mortality. A large body of evidence demonstrates that high dietary vitamin C supplementation (between 1 and 10 g/day or more …) can enhance resistance to and improve recovery from infectious, degenerative diseases, and certain types of cancer …

Large doses of ascorbate have been found to reduce cardiovascular disease risk, lengthen the lifespan of patients with cancer, and … lengthen lifespan in general. Moreover, daily supplementation with 1000 mg of ascorbic acid results in a significant decrease of blood-lead levels associated with the general population.”

Oxidative stress that is associated with so many diseases may increase your need for vitamin C, the research also stated.26 Special populations may also require higher doses. According to the journal Health:27

“The safety and benefit of vitamin C supplements is of critical importance, especially for those in war zones at risk for brain trauma or of advancing years at risk for chronic disease and stroke.”

There is strong scientific evidence that high doses of vitamin C are a tool against some cancers. According to DiNicolantonio’s video, liposomal vitamin C can produce blood levels that have a 50% kill rate against lymphoma cells in vitro — a dramatic finding.28

“The potential mechanisms through which treatment with high-dose ascorbic acid may exert its effects on cancer cells have been extensively investigated. Several studies have demonstrated that the in vitro direct cytotoxic effect of ascorbic acid on various types of cancer cells is mediated through a chemical reaction that generates hydrogen peroxide.

One study suggested that ascorbate-mediated prostate cancer cell death may occur through activation of an autophagy pathway … Another in vitro study found that ascorbic acid killed colorectal cancer cells with KRAS or BRAF mutations by inhibiting the enzyme glyceraldehyde 3-phosphate dehydrogenase.”

Vitamin C Benefits May Be Downplayed

With benefits from immune enhancement and fighting cancers to improving cardiovascular function, reducing oxidative stress, mineralizing bones and lessening cognitive decline,31 why is vitamin C not a staple of mainstream medicine?

The answer is that since vitamin C is not “patentable,” drug makers see no profit in pursuing its therapeutics or performing clinical trials. That means doctors and practitioners are told about high-priced and likely less effective treatments more frequently than they are told about lower-priced and accessible vitamin C.

Just as the public often doesn’t know about vitamin C benefits, the optimal doses of vitamin C are also often hidden, as DiNicolantonio points out in his excellent video. Clearly, the RDAs for vitamin C need to be much higher.