What Is Venison? A Guide to Nutritious Deer Meat 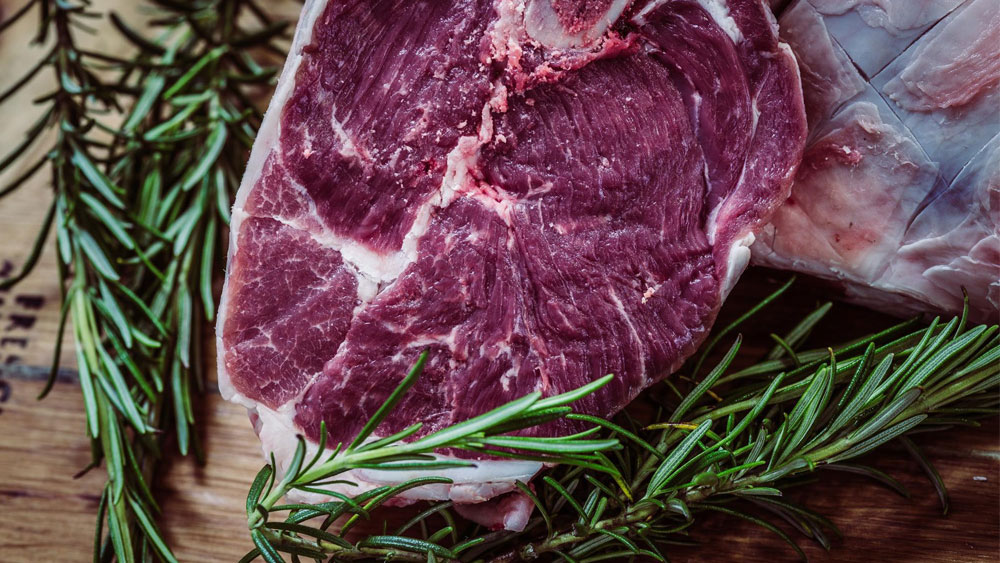 Over the past few years, venison has become increasingly popular. With the rise in this game meat, some of the greatest restaurants are including it on their menu and its retail availability is becoming more common.

There’s a reason why it’s sweeping the food industry by storm.

When prepared correctly, not only does deer meat taste delicious, but it’s also loaded with nutrients, contains less fat than beef, and has numerous health-boosting benefits.

There’s a good chance you’ve heard of venison meat as a healthier substitute for beef and other red meats. But what exactly is venison?

Venison is meat from animals like native whitetail deer, moose, elk, and reindeer.

Originating from the Latin verb, “to hunt”, the term venison was to describe several game meats like deer, rabbits, goats, and pigs. In recent times, it’s narrowed down specifically to deer.

It’s a type of lean red meat that’s often compared to beef and most commonly prepared in meatloaves, chilis, and stews. Similar to beef, venison is categorized into different cuts and categories like roast, sirloin, tenderloin, and ribs.

Deer played a major part in art and mythology throughout history. It’s also been a crucial source of food for humans. Deer farming and hunting in America first started around 1970 when society started seeking ways to optimize their resources.

While venison is typically produced in much smaller quantities compared to beef and chicken, it still plays a major impact worldwide. Countries like Germany, Ireland, and New Zealand generate over $100 million in annual income from deer production.

Most of America’s supply of deer currently comes from New Zealand ranches.

Deer meat is a great source of vitamins, minerals, and protein. Below is the average nutritional profile for ground venison (raw) per 200 grams.

As you can tell, venison is a highly nutritious meat which is why it’s become all the rage in recent years. Just one 200g serving provides ample amounts of vitamins, minerals, and protein while keeping fat intake low.

Venison has become increasingly popular and seen as a healthy meat option due to its low fat and high protein content. Compared to beef, it contains about a fifth of fat and 100 calories less, making it a great alternative for people who are looking to lose weight.

Here are a few key benefits of incorporating venison into your diet:

Venison is loaded with protein as well as lower in fat and overall calories compared to traditional beef. Including more protein into your diet helps decrease levels of ghrelin, which is the hormone responsible for hunger[*].

Deer meat is rich in zinc. This essential mineral plays a key role in various aspects of health, especially within your immune system.

Zinc is critical for the development of immune cells and also helps prevent oxidative stress from inflammation[*]. Adequate zinc intake can reduce symptoms of respiratory infections like the common cold.

Venison is one of the greatest protein sources you can incorporate into your diet plan. Protein is a crucial component for just about every cell in your body.

Hair and nails are mostly made up of it and your body uses protein to build tissues, creates enzymes and hormones for healthy living, and it’s a key building block for muscles, bones, cartilage, and blood.

Not only is deer meat a great source of protein, but it’s also considered a sustainable food source for the environment. Deer overpopulation is a serious issue and can result in harmful damage to landscapes and crops if neglected. Deer hunting helps our society keep this problem under control to negate any environmental influences.

Vitamin B12 and niacin have been shown to protect against age-related mental decline, improves mental health, and even helps boost your mood[*]. These micronutrients are abundant in venison.

Venison tastes similar to beef but with a few minor differences. Beef has more of a fatty, juicier taste whereas deer meat has a richer and earthy taste due to the deer’s diet consisting of herbs, sages, and acorns.

Since it’s leaner than other red meats, it might taste slightly drier but when cooked correctly, it still offers a rich taste.

How to cook venison

Before you start cooking, consider leaving your steak in the refrigerator for a day or two. This helps the meat become more tender and results in a tastier steak. Similar to cooking beef, seasoning deer meat with salt and pepper is a great way to bring the flavor out.

Make sure you grease your pan with oil or animal fat before cooking to prevent the meat from sticking to the pan.

Bring your grill or pan to medium-high heat before cooking your venison. Cook the steak for a few minutes on each side and try not to go past medium.

One of the biggest mistakes people make is overcooking venison, resulting in a rubbery and gamey taste. Keep a close eye on your steak as you cook to prevent this from happening.

Here are a few other tips for cooking a tasty venison steak:

Precautions to consider when eating venison

While venison may be a nutrient-dense, healthy food option, there are a few precautions to be mindful of.

First, some diseases that commonly infect deer could potentially be transmitted to humans. For example, Chronic Wasting Disease is a deadly disease caused by an obscure form of protein that infects the host.

Last but not least, it should be a top priority to practice safe cooking methods to kill bacteria and infections from venison. Store your deer meat in the freezer if you know you won’t be cooking it for a couple of days and make sure to cook to an internal temperature of at least 165 degrees Fahrenheit.

Where to buy deer meat

Buying venison is not as much of an issue as it used to be in the past. Thanks to the rise in popularity of deer meat, there’s an increasing number of grocery stores that are selling it.

If your local food store doesn’t sell venison, consider checking out butcher shops in your area as many of them sell it.

Venison is also available through various online retailers. Many reputable companies (like us!) will package deer meat and ship it to you frozen directly to your front door.

The bottom line on venison

With venison rising in popularity, the availability for you to purchase it at your local grocery store is becoming more common.

Cooking deer meat may have a slight learning curve if you’re used to cooking beef. As long as you keep a close eye on it while cooking so as to not cook it over medium and season it with spices, venison steaks can be an extremely tasty alternative to traditional red meat like beef or pork.

Since it’s packed with vitamins, minerals, and protein while the fat content is low, deer meat is one of the healthiest meat sources to incorporate into your diet, especially if you’re on a weight loss journey!