We Dedicate This Song: We Do What We Do – American Family Farms 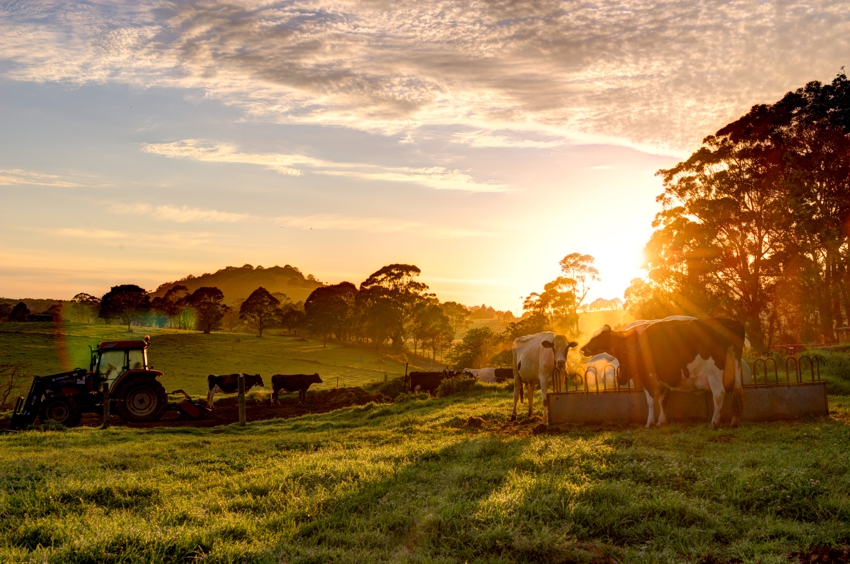 It hasn’t been that long ago when most rural families had a cow, a couple pigs, some chickens, and enough ground to grow what they needed and then some. They were a self-sufficient lot with a firm hand shake and sturdy work ethic. Many survived through recessions, depressions, and world wars. The last few decades have proven to be kind of rough on the small family farm though.

Farming is an expensive enterprise. A decent size USED tractor can easily cost as much as a house. For farms that employ combines (harvesters), these are even more pricey, ranging from $300K to $500K. Land prices have skyrocketed, with tillable ground doubling in price over the last twenty years to over $4,500 an acre on average. Building prices have also continued to rise, so relatively simple barns and other farm structures are expensive. Add to this droughts, floods, and market conditions and it’s been a recipe for disaster. All of these factors have contributed to the alarming debt that farms have accumulated. The average American farmer is in debt over $1.3 million. The nation lost a whopping 100,000 farms between 2011 and 2018.

A drive through rural America can be an eye opener. Many farms that have been in the same family for generations have been swallowed up by the forced march into larger operations in order to compete. Over the years, farms have struggled to survive on the thin margins of 21st century agriculture. Unfortunately, in too many places, crumbling ruins are all that remains of once proud 2-story farm houses.

With fewer farms, the greatest loss of all may be the loss of opportunity for children who could have grown up on these farms. Since 1776, one of America’s greatest assets have been farm kids who were thrust into responsibility at an early age. The rigors of life on small American farms helped forge a work ethic along with mental and physical toughness that allowed these young people to thrive at whatever they set their minds to.

The good news is that there is a new generation of farmer stepping up to take the reins. These are young people who are educated, informed, and guided by the wisdom of past generations. They are hard workers, determined to bring back the family farm to its former prominence. This determination has been honed by a desire to succeed in the face of long odds. It’s also helped develop new management styles, experimentation, and marketing endeavors.

This new generation has seen the difficulties, studied the options, and decided there is a way forward. It’s a movement full of optimism. We believe the devotion to rural America is a necessity for our nation and it’s food supply. We encourage today’s youth to explore the opportunities of rural communities and small family farms.

These farms are not all the same. Some raise corn and soybeans, others raise cattle, pigs, or poultry. A few, like US Wellness Farms, have taken a different direction altogether and gone back to nature and regenerative farming practices. Whichever route these farms are choosing, the work ethic and abundance of optimism is harnessing a new generation of commitment to rural America.

Dedicated To The American Farmer

Every generation needs a song dedicated to the effort. Twenty years ago when Grassland Beef (US Wellness Meats) was just getting started, Jesse Heimer was hired as the first employee. Jesse worked with the farm families at Grassland Beef to develop a strategy for the business. Jesse has since gone on to start what has become one of the top show pig operations in the country. His efforts have instilled a drive for success in youth and helped to develop an interest in agriculture. While Grassland Beef and Jesse have gone different directions, we’re proud of his efforts to shine the spotlight on the values, character, and positive influences rural communities have on America’s youth.

A few years ago, Jesse decided there needed to be an anthem of sorts that united rural America and celebrated the work ethic of farm families. This shared love for community and the small family farm attracted the interest of Nashville. Jesse worked with recording artist Adam Sanders to record and produce the song and video below.

We hope you enjoy this tribute to the American farmer and rural community.