Could the Water You Drink Cause Allergies to Food? 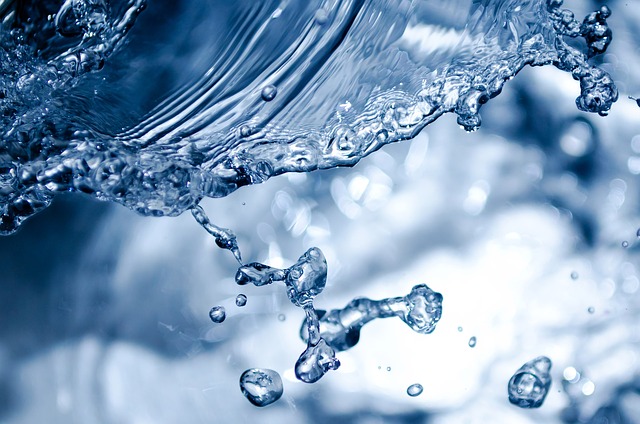 The concept of an “allergic reaction” has been studied in the medical literature for more than a century. For many decades, certain physicians have been trained specifically to manage and treat people with allergies. This medical condition is nothing new.

But what is a new and modern phenomenon are the massive numbers of people who are now suffering from food and environmental allergies. In fact, the United States (and many other parts of the world) is experiencing what can only be described as an “allergy epidemic.”

You almost certainly know someone who has debilitating (and potentially deadly) reactions to substances that are completely harmless to most people. Perhaps you suffer these effects yourself. And the numbers of allergy sufferers is growing.

Currently, one out of every 17 children has some form of food allergy. And according to a new study published in the Journal of Allergy and Clinical Immunology the annual costs associated with food allergies is over $500 million.

The problem is that most doctors don’t seem to know what is happening… or why.

Food allergies occur when the body reacts to a substance in food as if it were a foreign invader. The inflammatory response is very similar to the one your body has to a hostile virus or bacteria. Of course, we must ask the obvious question: Is there something “foreign” in our food?

As you almost certainly know, the answer is yes…

Almost every food in the grocery store – particularly those that are processed – contains “foreign” ingredients. These include food colorings and flavors, preservatives, and dozens of other chemicals and additives. Many of these have never been tested for safety. And quite a few have been shown to produce allergic reactions in some people.

But the rise of allergies is not just related to processed foods with fake ingredients. More people than ever before are now allergic to foods like peanuts, shellfish, milk, eggs and corn. What could be causing this growing “epidemic” of allergies?

A new study shows that it could be related to certain chemicals you’re exposed to. In fact, it could even be caused by the water you drink…

This new study was published in the Annals of Allergy, Asthma and Immunology. The findings are based on 10,348 people who participated in the U.S. National Health and Nutrition Examination Survey. The researchers found that 25% of these people had detectable levels of a particular class of chemicals in their urine.

These chemicals are known as dichlorophenols. They are the broken down by-products of chemicals that contain chlorine. One of the biggest sources of these chemicals is the herbicide 2,4-D. This is the second most widely used herbicide in the U.S. It is commonly used as a weed killer on lawns and golf courses. And it is frequently sprayed on farms that grow wheat, asparagus, apples, peaches, almonds, pears, strawberries, cherries, cranberries and potatoes.

Dichlorophenols are also found abundantly in tap water. Not only do they enter the water supply from agricultural and lawn runoff, they are also created as a by-product of the chlorine that is used to disinfect municipal water supplies.

They can also enter your home (and your body) through chlorine bleach and other cleaning products that contain chlorine. “As long as you have chlorine in your environment, you might get exposure to these chemicals,” says the study’s leader, Dr. Elina Jerschow.

The researchers discovered that those people who had higher levels of these chemicals in their urine were the same people most affected by food allergies. In fact, those with the highest levels of dichlorophenols were twice as likely to have an allergy to milk, eggs, peanuts, or shrimp (compared to those with the lowest levels).

It is important to note that this study doesn’t prove that these chemicals cause specific allergies. But it does provide strong evidence that the two are related.

Dichlorophenols are well known to kill bacteria. Obviously, that would include the friendly bacteria within us that are such an important part of our immune system. Dr. Jerschow addressed this as a possible cause of the increased rate of food intolerance, stating, “It has been found that anything that decreases the bacterial load in our environment is associated with more allergies.”

The bottom line is that we don’t know exactly what has caused the dramatic rise in food allergies in recent decades. But it is clear that if you want to avoid these problems yourself, it is best to reduce as much as possible your exposure to chemicals.

Here are a few ways you can cut down on what’s getting into your system:

Go Organic – Reduce your exposure to pesticides (and GMOs) by choosing organic meat, produce and wine. If you are unable to afford a completely organic diet, you should familiarize yourself with the list of foods known as “The Dirty Dozen,” based on testing by the Environmental Working Group. These are the foods most likely to be contaminated by multiple chemical pesticides. The EWG also publish a list of produce that is least likely to be contaminated (and therefore okay to buy conventional, if you must).

Avoid Tap Water – Any high quality water filter will remove chlorine. And most of them claim to also remove chlorine by products – not to mention pharmaceutical residues, pesticides, and other contaminants. I have not seen any specific claims regarding dichlorophenols. However, your best bet is to avoid drinking unfiltered tap water whenever possible. And don’t forget that many bottled waters are simply municipal tap water in a bottle. Opt for “spring water” if you must drink bottled.

Avoid Toxic Commercial Household Cleaners – Most commercial cleaning products contain chlorinated compounds. However, there are many natural products on the market today. You can also make a very effective household cleaner with simple white vinegar and water.

Eliminate Processed Foods – There are lots of reasons to eliminate processed foods from your diet. Certainly the “hidden” ingredients like corn, soy, wheat, yeast and various chemicals should be high on the list.

Avoid GMOs – To some extent, the jury is still out on the health effects of genetically modified organisms. But there is strong evidence that some of these “foreign” creations can cause allergic reactions. And that’s not all. Many of these crops are specifically designed to be resistant to herbicides. That means farmers can use even more of these chemicals to control pests – without harming the plants. But these chemicals can certainly harm you.

In fact, the U.S. Department of Agriculture (USDA) is expected to approve several new varieties of genetically modified crops that are specifically bred to the herbicide 2,4-D discussed above. These plants directly convert this herbicide into the dichlorophenols associated with food allergies. The Center for Food Safety estimates that these approvals could increase the use of this chemical by nearly four times!

For many people there is no question when they’ve ingested a food that they have an allergy or intolerance to. The symptoms are often acute and immediate. But not all allergy symptoms show up right away. And some are not readily apparent.

If you notice any of the following symptoms, you may have undiagnosed food allergies:

Whether you experience these symptoms or not, it is wise to follow the steps listed above.

And if you do suspect food allergies are affecting your health, your best bet is to get tested. A simple test (either ALCAT or ALATESS) will take the guesswork out of pinpointing allergies and intolerances and help get you on your way to feeling better… fast.

ED NOTE: Do you love rich, buttery desserts… but not the grain or sugar? Then check out Kelley’s one-of-a-kind program called Guilt-Free Desserts. You won’t believe just how easy it can be to make extraordinary dessert creations that are as healthy as they are delicious!