Upgrade Your Fuel Like Your Life Depends on It! 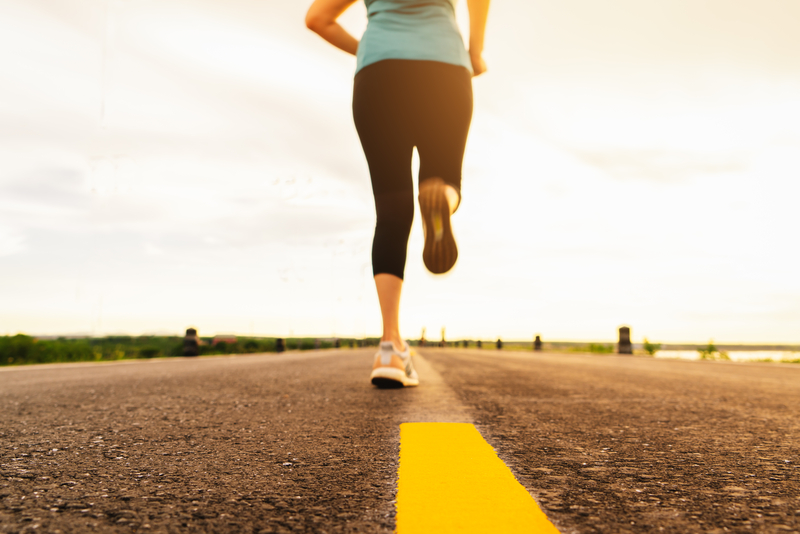 A Message for Endurance Athletes & the Rest of us Too!

At a recent event, I was introduced to a man named Paul. He said he was interested to meet me, because he was having problems with his health. He thought I might provide some advice that would help him.

My first impression was that he certainly “looked” very healthy…

His skin was tan, which would indicate good vitamin D status. His blue eyes were bright. And most importantly – at least from outward appearances – he had a lean body composition, with good vascularity and muscle definition. He also told me he is an “endurance athlete” and trains by running 40 – 60 miles per week.

But I soon learned his outward appearance and athletic achievements were not a reflection of what was going on inside. At the age of 53, Paul had recently suffered his second heart attack. This led to open heart surgery and the placement of two stents. He also told me he had suffered yet another cardiac “scare” just last week!

Of course, my first question was: What are you eating?

Like many endurance athletes, Paul has been fueling his body with a high carbohydrate diet since he began running in his 20’s. Pasta, bread, rice, potatoes and energy drinks were his go-to fuels to power his runs. When I asked about protein, he said he eats “low-fat meats” like chicken, cod and tuna.

It was obvious Paul believes he “needs” rapidly-digestible carbohydrates to fuel his exercise regimen. He was also suffering from a common bout of misinformation about the role of dietary fats – particularly animal fats – in the development of cardiovascular disease.

Paul thought he was doing all the right things to prevent a heart attack. But it has clearly not helped him. In fact, it has almost cost him his life – twice!

Paul’s story is actually quite common. For years we were told that animal fats – not carbs – are the main instigators of heart disease. We were also sold the incorrect notion that we need a constant supply of fast-burning carbs to sustain long-duration workouts.

But nothing could be further from the truth…

The truth is the combination of a high-carbohydrate diet coupled with long-duration endurance training is the PERFECT formula for heart disease.

Paul told me not to worry about all those carbs he was consuming – because he “burns them off” every time he goes for a run. That part is true. But it’s how they burn that cause the problems. Compared to dietary fat, carbohydrates are a very dirty metabolic fuel. And as they “burn” they create FIVE harmful byproducts linked to heart disease. Let’s take a look…

Burning carbohydrates as a primary source of fuel creates harmful byproducts that pose a serious risk to the health of your heart. And the more carbs you burn, the more heart-harming compounds you create!

But there’s another kind of fuel that not only burns cleaner, it also produces MUCH more energy…

Calories are a measure of the amount of “energy” contained in a food.

You might know that one gram of carbohydrate has four calories, while a gram of fat contains nine. By this measure, fat provides 125% more energy than carbohydrates. But calories are not the most accurate measure of energy. They must still be converted to a more basic form of fuel, known as adenosine triphosphate (ATP).

ATP is the “energy currency” for every cell. And nothing creates more ATP than fat!

The number of ATP molecules – therefore the amount of pure cellular energy – produced from various fuels depends on how many carbon atoms are chained together in the fuel source.

As you can see, the average long-chain fatty acid – like those found in steak and seafood, eggs, olive oil and avocados – produces 330% more cellular energy than a molecule of sugar!

By this measure, fat is a FAR more efficient fuel than sugar. And it gets even better, because 95% of the flabby fat stored on your belly, butt, hips and thighs is in the form of triglycerides… and every TRI-glyceride holds THREE long chain fatty acids.

That means every molecule of body fat you burn produces 465 units of ATP!

It should therefore be no surprise that a recent study published in Metabolism: Clinical and Experimental found that endurance athletes – who are fueled by dietary fat instead of carbs – become incredible at torching through body fat!

In the study, researchers took 20 ultra-endurance runners, age 21-45 who were top competitors in long distance running events (31 miles or more) and divided them into two groups – low carb and high carb.

The researchers measured “gas exchange” to determine the athletes’ maximum oxygen intake, which relates to carb- and fat-burning rates. On average, the low-carb runners’ peak fat-burning rate was 2.3 times higher than that of the high-carb athletes!10

And despite the lower carb intake, the fat-burning athletes had normal muscle glycogen levels. Glycogen is a form of carbohydrates stored in muscle tissue to provide energy on demand. These athletes also broke down roughly the same level of glycogen as the high-carb runners during the long run, and synthesized the same amount of glycogen in their muscles during recovery.

“The blueprint for becoming ‘fat- or keto-adapted’ is hard wired into our genetic code. However, traditional ‘healthy’ diets with carbohydrates as the dominant nutrient prevent this alternative metabolic operating system from ever booting up. Restricting carbs allows the program to reboot and enables many athletes to achieve improved levels of health and performance.”

The overwhelming evidence that a low-carb, high-fat diet is the way to optimum health extends also to sports nutrition. It’s high time for athletes make the critical fuel shift to fat to optimize their endurance training, and most importantly, protect their long-term health.

And of course, the same holds true for the rest of us, regardless of our “athletic” prowess. A diet rich in healthy fats and protein and very low in carbs is that which your body is designed to operate. Not only will it improve your energy levels… it’s also best for your health and longevity!

Lamarche B, et al. A-I and B levels and the risk of ischemic heart disease during a five-year follow-up of men in the Québec cardiovascular study. Circulation. 1996 Aug 1;94(3):273-8.

Walldius G, Jungner I, Holme I, Aastveit A. High apolipoprotein B, low apolipoprotein A-I, and improvement in the prediction of fatal myocardial infarction (AMORIS study): a prospective study. Lancet. 2001 Dec 15;358(9298):2026-33.