Top Benefits Of Vitamin B6 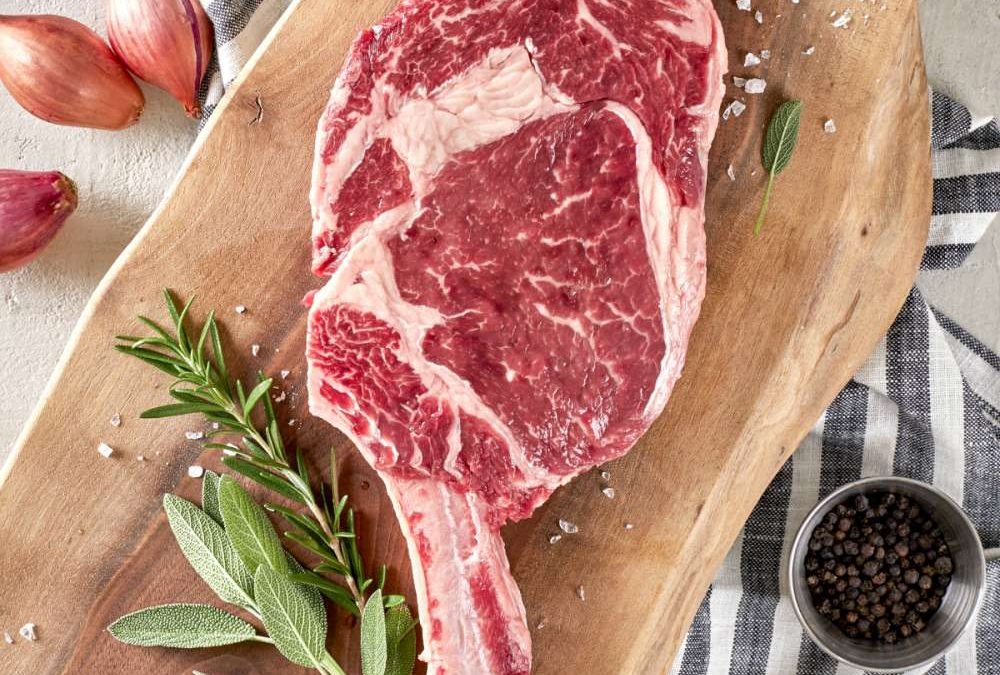 Marketers of energy drinks like Red Bull have sold the public on the notion that B vitamins, particularly B12, as well as the vitamin that headlines this article — B6 ­— are superb energy boosters. Advertising claims aside, does your body really need all those extra B vitamins?

After all, a single 8.4-ounce can of Red Bull contains 5.6 milligrams of B6,1 which is more than four times the recommended dietary allowance (RDA) for most people. It’s more likely the massive amounts of caffeine and sugar — not the B vitamins — in these drinks provide the temporary energy surge you may experience after consuming these beverages.

The truth is you can get sufficient B6 simply by eating a healthy diet. Whole-food sources of B6 include grass fed beef liver, chickpeas, pastured chicken, sunflower seeds, pastured turkey and wild caught salmon. Let’s take a closer look at the health benefits of this essential vitamin.

What Is Vitamin B6?

Vitamin B6 (pyridoxine) is a water-soluble vitamin first isolated in the 1930s.2 Because your body cannot synthesize it, you must obtain B6 from your diet. B6 is naturally present in many foods, added to others (like fortified breakfast cereal) and also available as a dietary supplement. B6 is a generic term for six compounds (vitamers) with vitamin B6 activity, namely:3,4

“Pyridoxal 5′ phosphate (PLP) and pyridoxamine 5′ phosphate (PMP) are the active coenzyme forms of vitamin B6. Vitamin B6 in coenzyme forms performs a wide variety of functions in the body and is extremely versatile, with involvement in more than 100 enzyme reactions, mostly concerned with protein metabolism.

Both PLP and PMP are involved in amino acid metabolism, and PLP is also involved in the metabolism of one-carbon units, carbohydrates and lipids. Vitamin B6 also plays a role in cognitive development through the biosynthesis of neurotransmitters and in maintaining normal levels of homocysteine, an amino acid in the blood.

Vitamin B6 is involved in gluconeogenesis and glycogenolysis, immune function (for example, it promotes lymphocyte and interleukin-2 production) and hemoglobin formation.”

Best Dietary Sources of B6

While the recommended intake of B6 varies for children, the NIH8 suggests nearly everyone aged 14 years and older will benefit from the RDA of 1.3 milligrams (mg) per day. They advise women who are pregnant to get 1.9 mg and those who are breastfeeding 2 mg daily.

Take note that your need for B6 increases with age. As such, the RDAs for men and women increase to 1.7 mg and 1.5 mg, respectively, at age 51 and older.

Below is a list presented by the NIH9 of some of the best dietary sources of vitamin B6. As always, I recommend you obtain as many nutrients as possible from whole, organic foods and grass fed meat. By the way, wild Alaskan salmon is much, much better for you than farmed varieties. You should take a B6 supplement only if it is medically advised.

That said, if you follow a strict vegetarian diet, you may find it difficult to obtain sufficient amounts of B6 from a whole-food diet unless you consume nutritional yeast regularly.10

Nutritional yeast is an excellent source of B vitamins, especially B6. One serving (2 tablespoons) contains nearly 10 mg of vitamin B6. Not to be confused with Brewer’s yeast or other active yeasts, nutritional yeast is made from an organism grown on molasses, which is then harvested and dried to deactivate the yeast. It has a pleasant cheesy flavor and can be added to a number of different dishes.

Do B Vitamins Really Boost Your Energy?

While you may believe B vitamins, including B6, give you energy, the fact is most of the marketing hype around B vitamins is based on partial truths. While it is true B vitamins like biotin (B7), cobalamin (B12), folate (B9) and niacin (B3), as well as B6 and others, are involved in some capacity with your body’s energy production, there is more to the story.

Despite being marketed as such, B vitamins do not actually provide your body with energy directly. As explained by registered dietitian Densie Webb, Ph.D., writing for Berkeley Wellness:11

“Only food provides ‘energy’ in the form of calories, from carbs, fat and protein … B vitamins help convert dietary energy into ATP (adenosine triphosphate), the form of energy your body uses, in a series of complex chemical reactions carried out by the mitochondria in [your] cells.

Your body only needs a certain amount of B vitamins to function normally. And if you’re getting adequate amounts in your diet, as most people do, additional B vitamins won’t provide a surge in energy.

In fact, unless you’re severely deficient (because of illness, extreme dieting or alcohol abuse, for instance), your energy levels won’t be affected at all. That is, taking B vitamins only benefits people who are very deficient in one or more of the vitamins to begin with.”

If, as Webb mentions, you are actually deficient in B6, you will naturally feel better when taking a B6 supplement.

If, however, your body is getting enough B6 through your diet, as noted, consuming more B6 will have little to no effect on your energy levels or health. Because excess amounts of B vitamins are eliminated from your body through your urine, it makes no sense to overconsume them.

Might You Be at Risk of a B6 Deficiency?

Although supplementation with B6 is not recommended for everyone, you may be one of those who need it. According to the Mayo Clinic, if you have kidney disease or a malabsorption syndrome that prevents your small intestine from absorbing nutrients from foods, you may be B6 deficient.12

Research shows that persons with active Crohn’s disease, as well as those with rheumatoid arthritis (RA), may be deficient in vitamin B6, and that impaired B6 status may actually be a result of the inflammation caused by RA.13,14

Furthermore, alcoholics are thought to be most at risk of B6 deficiency because of low dietary intakes and impaired metabolism of the vitamin.15 Epilepsy medications and certain genetic diseases also may contribute to B6 deficiency.16 When your body has too little B6, you may be at a higher risk of:17,18

While a high intake of B6 through food has not been shown to be harmful, too much B6 taken in supplement form can produce the following unpleasant side effects. (The same goes for too much B6 through energy drinks, which also have been known to damage your health.)

The Effects of Too Much B6

Given your body’s ability to flush excess B vitamins out through your urine, you would have to be taking very high amounts of B6 at frequent intervals to produce toxicity. That said, too much B6 supplementation can cause:19

A 2017 study published in the Journal of Bone and Mineral Research, involving more than 6,800 men and women taking part in two randomized Norwegian trials from 1998 to 2004, indicated a higher intake of B6 (40 mg per day) was shown to increase the risk of hip fractures by 42 percent.20

B6 may have an effect on your dreams, according to 2018 Australian research published in the journal Perceptual and Motor Skills.21 One hundred participants, mean age 27.5 years, were given a large dose (240 mg) of B6 before bed for five consecutive days. The study authors stated:22

Further research is needed to investigate whether the effects of vitamin B6 vary according to how much vitamin B6 is being obtained from the diet. If vitamin B6 is only effective for people with low dietary intake, its effects on dreaming may diminish with prolonged supplementation.”

Finally, it’s important to keep in mind a B6 supplement may interfere with certain prescription medications. For that reason, be sure to check with your doctor before supplementing with B6. The effectiveness of certain anticonvulsant and chemotherapy drugs, as well as medications used in the treatment of Parkinson’s disease, can be diminished by B6.23

Top Health Benefits of Vitamin B6

If you are wondering why your body needs this vitamin, consider the following health benefits associated with B6:

A 2015 study published in the Journal of Diabetes Research24  found vitamin B6 helped regulate blood glucose levels and insulin release in lab mice.

The study authors said, “Vitamin B6 prevents endothelial dysfunction, insulin resistance and hepatic lipid accumulation … Supplementation of [vitamin] B6 should be considered to prevent metabolic syndrome.”25

2. Benefits your skin and hair

Based on at least one study performed on lab rats, vitamin B6 has been shown to alleviate dermatitis, thereby promoting healthier, clearer skin.26 In addition, in a Polish study the injection of B6 intramuscularly was shown to be an effective means of reducing hair loss in women affected by alopecia.27

As cited by researchers in The American Journal of Clinical Nutrition, vitamin B6 is directly involved in amino acid metabolism, and helps break down amino acids for energy in the muscle and conversion of lactic acid to glucose in the liver.28

Other very recent research (2018) published in the journal Cells also stresses the importance of B6 to other bodily functions, including the biosynthesis of other vitamins, as well as playing a role in fighting infectious pathogens.29

B6 is involved with the production of lymphocytes (white blood cells), which help your body fight infection. A study involving lab mice showed a lack of B6 “retards growth, inhibits lymphocyte proliferation and interferes with its differentiation,” suggesting B6 deficiency can influence immunity.30

A 2006 Taiwanese study demonstrated that B6 supplementation has a beneficial effect on immune responses in critically ill patients.31

Studies of pregnant and lactating women and their offspring indicate that a mother’s deficiency in vitamin B6 can alter the function of the neurotransmitters thought to play important roles in their child’s learning and memory.32

A small study involving 8- to 15-year-old children with mood and behavioral problems demonstrated a vitamin-mineral supplement containing 7 mg of B6 was effective to “exert a stabilizing effect on mood, temper and anxiety in a manner that is relatively independent of diagnostic category.”33

Vitamin B6 has also been found as an antioxidant to be helpful in addressing diabetes complications, cognitive aging and the prevention of coronary heart disease.34 A 2012 study indicates a B6 deficiency that coexists with low folate or anemia was associated with depressive mood in elderly patients.35

The study authors said, “Elderly people with coexisting marginal deficiencies of nutrients involved in the S-adenosylmethionine and hemoglobin production were more likely to experience depressed mood and emotion that affect daily activity.”36

Experts from the Mayo Clinic37 additionally suggest B6 may be useful to control high levels of homocysteine in your blood. Elevated homocysteine levels may increase your risk of cardiovascular disease and stroke.

Additionally, B6 supplementation has been shown to reduce the severity of morning sickness during pregnancy,38 as well as soothe symptoms of premenstrual syndrome (PMS) and PMS-related depression.39

Clearly, vitamin B6 is a necessary nutrient that, once again, I advise you obtain from whole-food sources. While B6 has been shown to be useful in addressing a variety of health concerns, I suggest you to talk to your doctor before attempting to address any medical conditions with B6 supplementation.