Too Many Ultra-Processed Calories and Wasted Food 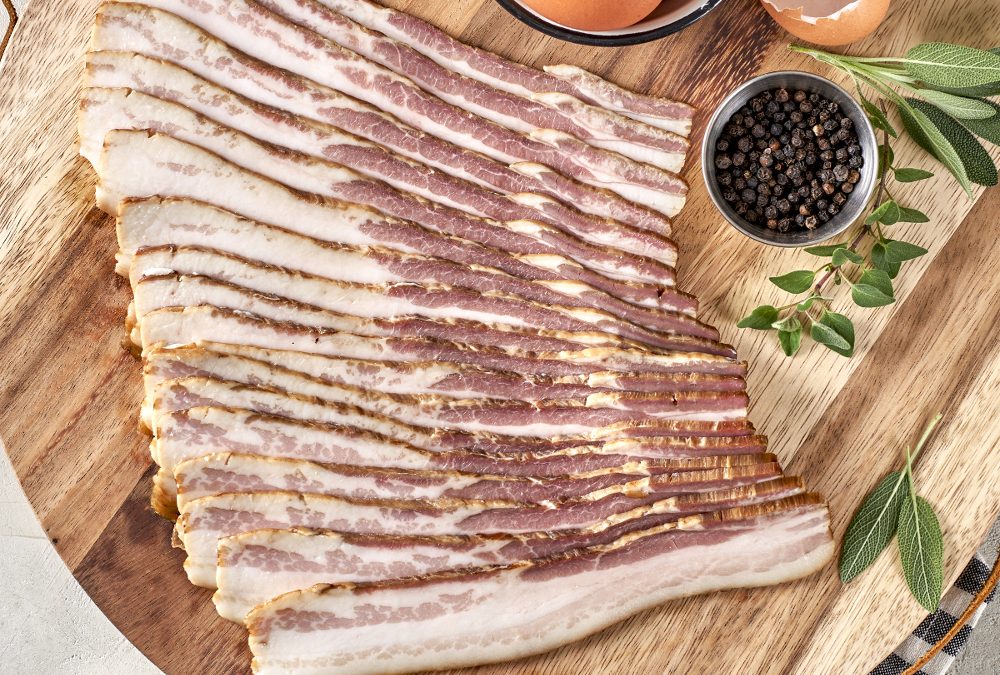 The struggle with weight gain and obesity is a common and costly health issue, leading to an increase in risk for heart disease, Type 2 diabetes and cancer. Obesity affects more than one-third of adults and 17 percent of young people in the U.S.1

Research has linked growing waistlines to a number of different sources, including processed and high-fructose foods, sodas and high-carbohydrate diets. Risks associated with belly fat in aging adults includes an elevated risk of cancer and cardiovascular disease.2

You may have noticed an increase in weight gain as you age, but research shows this has little to do with your metabolism and more with getting less active over time.3 With a reduction in activity combined with an increase of 250 to 300 more calories per day today than in the 1970s,4 it is not surprising the number of people struggling with excess weight has risen.

An increasing caloric intake may be the result of the Push hypothesis,5 described by Kevin Hall, Ph.D., from the National Institute of Diabetes and Digestive and Kidney Diseases, as a combination of factors pushing calories into the food system and subsequently changing how much and what is eaten.

Unfortunately, Hall finds calories in the food supply increased between 500 to 800 calories per person, but half to two-thirds is going in the trash, contributing to food waste.6 This additional food waste may be causing as much environmental change as emissions from cars and manufacturing plants.7

Hall is a physicist who leads a team of neuroscientists, mathematicians and dietitians studying metabolism and weight. He believes while carbohydrates have likely contributed to the rise in obesity, the carbohydrate-insulin model has not completely explained how.

Although he acknowledges the inability to prove cause and effect, Hall believes an increase in crop yields and changes in subsidies to farmers during the Nixon administration generated a dramatic increase in the production of corn and soybeans.

Triggered by rising food prices, the U.S. Department of Agriculture offered additional incentives to farmers to produce as much corn and soybeans as they could, which flooded the market with cheap commodity crops.8 A combination of reduced ingredient prices and the discovery of how to make stable, inexpensive and processed foods, created a new food supply and fast food chains.

To attract customers and compete with other restaurants, companies often add salt, sugar, fat and flavor chemicals to trigger your appetite. Unfortunately, it turns out additives and chemicals supplemented in processing kills off beneficial gut bacteria, which further exacerbates the problems created by a processed food diet.9

According to epidemiology professor Tim Spector, even eating a relatively small number of highly processed ingredients is toxic to your gut microbiome, which start to die off just days after a eating a fast food heavy diet, suggesting excess calories from fast food may not be the only factor to blame for rising weight.

Experts at the Medical Research Council have found most fast food is very dense in calories and you only need a small amount to bump up your caloric intake. Research professor Andrew Prentice, Ph.D., from the London School of Hygiene and Tropical Medicine believes:10

“We all possess a weak innate ability to recognize food with high energy density. We tend to assess food intake by the size of the portion, yet a fast food meal contains many more calories than a similar-sized portion of a healthy meal.

Since the dawn of agriculture, the systems regulating human appetite have evolved for low energy diet still being consumed in rural areas of the developing world where obesity is almost nonexistent. Our bodies were never designed to cope with the very energy-dense foods consumed in the west and this is contributing to a major rise in obesity.”

Sometimes ultra-processed foods are not as obvious as you might think. For instance, a woman in Cincinnati discovered Walmart ice cream sandwiches did not fully melt despite being left out in 80-degree weather.11

After a small experiment done by the local news station, during which a Walmart Great Value Ice Cream Sandwich, Klondike Bar ice cream sandwich and a cup of Haagen-Dazs were left out in the sun for 30 minutes, Walmart attempted to offer an explanation for why the Haagen-Dazs ice cream melted completely but the Walmart sandwich melted the least.

Their representative explained the speed ice cream would melt is based on the ingredients, as cream generally melts at a slower rate. However, according to a study from The Ohio State University,12 it’s the effects of stabilizers and emulsifiers that increase the resistance to melting. In fact, the more stabilizers present in the ice cream, the slower it melts.

If the addition of chemicals and additives to your summer treat is unappetizing, try making your own frozen treats by blending homemade yogurt and fresh fruit, and then freezing them in a Popsicle mold.

The idea fast food is terrible for your health,13 the environment14 and for the majority of people who work for the industry15 is not new. Unfortunately, most fast food chains have engaged in creative public relations practices driving customers through their doors. Several popular chefs have gotten on board and proclaimed their love of cheap, mass-marketed foods.16

Price points at fast food restaurants make the choice almost a no-brainer for some, and the comforting consistency of the food creates an army of followers wherever these restaurants are found.

The reality is workers are often underpaid and the production of food relies on destructive farming practices, generates scores of waste and the actual food is undeniably unhealthy.17 Even the number of restaurants in a specific area may be toxic to your health.

A study published in the Journal of the American Heart Association18 concluded an increased density of fast food restaurants increased the risk of mortality of residents from cardiovascular disease and stroke and the prevalence of diabetes.

This includes hot dogs, pepperoni, salami and bacon. One study published in the Journal of Clinical Nutrition and Dietetics19 found eating just two strips of bacon a day increases your risk of colon cancer by 18 percent, noting that plant polyphenols could be substituted to process cured bacon, which would improve the quality, shelf life and safety of the finished product.

A study from the American Academy of Pediatrics20 (AAP) found plastic containers and bottles used to package food and water may be slowly poisoning the population. The AAP is now calling for parents to reduce the number of plastic products used, and to avoid microwaving your child’s food in plastic containers, as bisphenol is absorbed by the food and may decrease fertility, cause weight gain and interfere with the neurological development.

Phthalates are used to make plastic storage wrap and are also absorbed into the food, disrupting the endocrine system, causing weight gain and damage to your heart.21 Plastic containers break down chemically when they’re reused or get too hot, such as in the microwave or dishwasher.

Artificial food coloring, oftentimes added to improve a food’s visual appeal, has the added disadvantage of exacerbating attention deficit disorder and hyperactivity.22 Nine artificial food colors have received approval from the U.S. Food and Drug Administration, and their use in foods increased fivefold between 1950 and 2012. Published research23 finds some of these may be carcinogenic.

US Wellness Farms have used sustainable farming practices since the late 1990’s. When farms are managed properly, land, water and air are cleaner and healthier, carbon is sequestered in the soil instead of in the atmosphere and the next generation has a better opportunity to thrive on our planet.

Project Drawdown24 gathered a diverse group of worldwide researchers to identify, research and model 100 existing solutions to address climate change. The scientists laid out a plan that may roll back global greenhouse gas emissions within 30 years, revealing the means and techniques needed are immediately at hand.

Drawdown states one-third of the food raised or prepared does not make it from the farm or factory to your plate, squandering a host of resources, including water, energy, labor, fertilizer and capital.25Unfortunately, this generates greenhouse gases at virtually every stage, including methane when food lands in a landfill. In fact, food waste is responsible for nearly 8 percent of global emissions.

In other words, if food waste were a country, it would come in third after the U.S. and China, for its impact on the global environment.26 Carbon dioxide, nitrous oxide, hydrofluorocarbons and methane are produced between food production and your refrigerator.

In fact, Project Drawdown’s team found reducing food waste is one of the most important things individuals can do to improve global climate change, and cutting down on waste could have nearly the same impact over the next three decades as onshore wind turbines.

This equates to preventing more than 70 billion tons of greenhouse gases and represents one of the greatest potentials for companies, communities and individuals to contribute, while at the same time enabling more people to be fed and preserving threatened ecosystems.27 Just one example of waste are the discarded vegetables that don’t conform to grocery standards.

These include crooked or slightly blemished and not perfectly shaped vegetables.28 Food waste may occur when food is left in the field and unharvested, in the markets by consumers or, as in low-income countries, lost during post-harvest and processing stages due to poor infrastructure or a lack of sufficient storage.29

Your Efforts Make a Difference

Project Drawdown estimates food production will need to grow by 107 million tons annually to accommodate population growth. To achieve this level of production will require converting more than 1 billion acres of forest and grassland into farmland over the next 30 years.30

This alone will release 84 billion tons of carbon dioxide, with additional emissions produced across the supply chain from production to manufacturing and then to your refrigerator.

Project Drawdown also estimates enough food could be produced without converting any forests or grasslands by adopting other solutions, such as eating plant-rich diets, and implementing agricultural production changes such as agroforestry or the practice of combining grazing domesticated animals in a woodland area.31

You can participate and make a difference by reducing your family’s food waste. Purchase only what you intend to eat, and then eat what you purchased. It’s easier to accomplish this goal when you make a menu before going to the grocery store. By following a list, you reduce the number of impulse purchases and have what’s needed for your menu options during the week.

Embrace the idea of eating fruits and vegetables that may not be perfectly shaped. They still taste great and are just as nutritious. Store your leftovers in glass containers and use them before they spoil.

Use leftovers for lunch the next day. When you have enough leftovers, you may not even need to make dinner one night. While everyone may not be eating the same meal, you’ll throw out less food, be less tempted to grab a bite at a fast food chain and lower your expenses.