The Surprising Link Between Cholesterol and Parkinson’s Disease 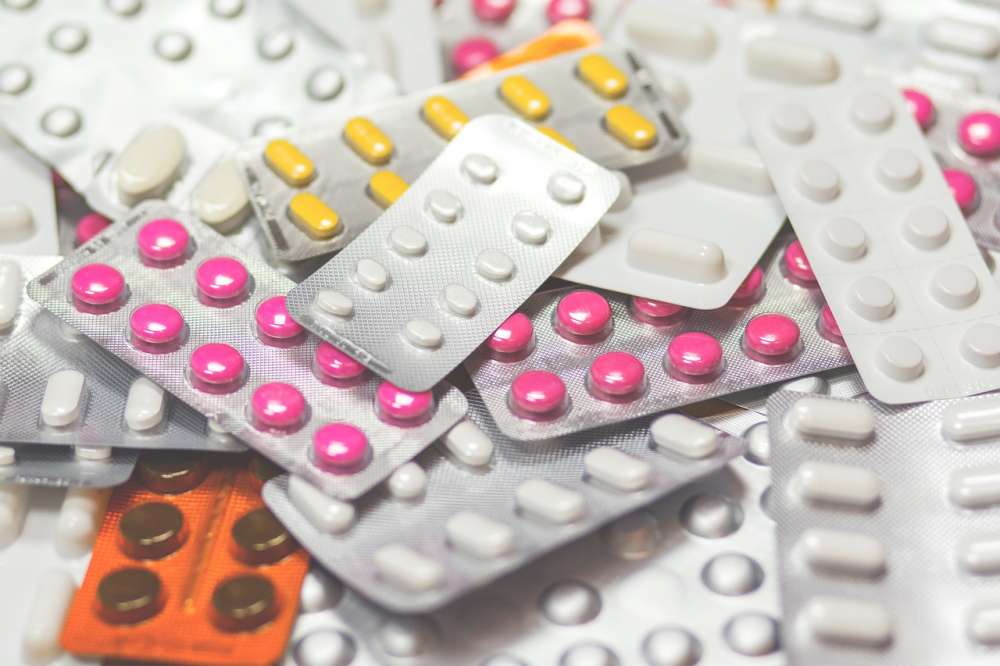 For decades you’ve heard the message from doctors, pharmacists, drug ads – and probably a few well-meaning friends and relatives – that it is important to “lower your cholesterol” to reduce your risk of heart disease.

And of course, the most common suggestion from mainstream medicine is to simply take a statin drug. “Don’t worry,” you’re told. “These drugs are safe and effective.”

Today, you’ll discover that while these drugs ARE effective (more on that in a moment) – they are certainly not safe. In fact, it seems we can now add the dreaded neurological condition Parkinson’s to the list of potential “side effects” of statin drugs.

But first, let’s cover a few of…

The Stats on Statins

Currently more than 35 million people take statin drugs to lower their cholesterol. And the use of these drugs has increased 80% in the last 15 years. The National Health & Nutrition Examination Survey (NHANES) estimates that 22% of Americans 45 years and older take a statin drug.

And with more than 100 million Americans diagnosed with “high cholesterol”, it’s clear that statins are HUGE business for Big Pharma. In fact, the sales of Lipitor alone are more than $95 billion dollars since its market debut!

It’s no wonder drug companies have launched massive fear campaigns about cholesterol. There are unimaginable sums of money to be made. The question is: Should you believe them?

Statins ARE Effective… but Why Would You Want to Take them?

The bottom line is that statin drugs work VERY well to lower cholesterol numbers. And if that was the only way to grade their effectiveness, then they would pass with flying colors. Unfortunately, there’s never been any proof that this actually reduces your risk of dying from heart disease.

In this case, you can take the drug company’s word for it, because the (really) fine print on the ads for Lipitor actually state: “Lipitor has not been shown to prevent heart disease or heart attacks.”

But more importantly, we should consider whether it is appropriate to demonize “cholesterol” in the first place… 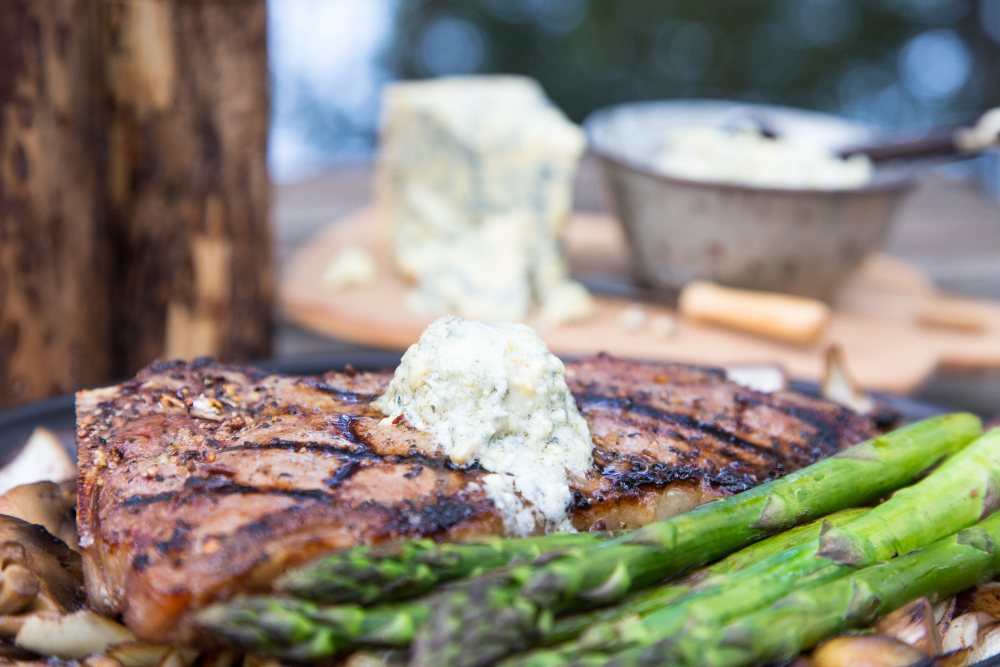 Cholesterol: A Few Benefits of this Maligned Substance

Cholesterol is an extremely versatile compound that is vital to the human body (it should also be stated that natural levels differ greatly among individuals, so there is no “standard” healthy levels for this substance).

The importance of cholesterol is clear, when you consider its primary functions in the body:

1. Used to manufacture hormones (including sex hormones), which control a myriad of bodily functions.

2. Helps the liver produce bile acids, essential for digestion of fats and ridding the body of waste.

3. Helps to interlock “lipid molecules” which are the basis of all cell membranes.

4. Essential to the “myelin sheath” around nerves, which aids the passage of electrical impulses.

Given the critical nature of these functions, it doesn’t make much sense to artificially lower this compound with the use of chemicals. And we should not be surprised that doing so can result in serious unintended consequences!

Of course, the drug industry refers to these unintended consequences as “side effects”. And if you’ve been following natural and alternative health for a while, you’re probably familiar with a few, including:

Studies have also shown that cancer diagnoses are significantly higher among those on statins.

Now, there’s another potential “side effect” we can add to the list: Parkinson’s disease.

Researchers at Penn State evaluated whether statin drugs were protective against Parkinson’s… or if these drugs could accelerate its development.

The study, published in the journal Movement Disorders, analyzed data of insurance claims for more than 50 million people. Of those, nearly 22,000 had Parkinson’s disease (with 2,322 classified as “newly diagnosed”). They also evaluated which patients had been taking a statin and for how long before Parkinson’s symptoms appeared.

The researchers discovered that prior statin use was associated with higher risk of Parkinson’s. And the risk was more pronounced during the start of the drug use. Neurology professor and one of the authors of the study, Dr. Xuemei Huang said:

“Statin use was associated with higher, not lower, Parkinson’s disease risk, and the association was more noticeable for lipophilic statins, an observation inconsistent with the current hypothesis that these statins protect nerve cells. In addition, this association was most robust for use of statins less than two and a half years, suggesting that statins may facilitate the onset of Parkinson’s disease.”

With the results of this large-scale study showing that artificially lowering cholesterol can induce Parkinson’s, it seems intuitive that higher cholesterol levels might actually protect against the disease.

And that’s exactly what researchers at Tel Aviv University found…

Higher Total and LDL Cholesterol May Protect Against Parkinson’s

To explore the association between high cholesterol levels and Parkinson’s risk, researchers reviewed the clinical records of more than a quarter million patient records, collected from medical databases in Israel.

The study included patients aged 40 – 79, who did not receive statins. During the study period, 746 patients were diagnosed with Parkinson’s disease.

At the beginning of the study, total cholesterol and LDL-C levels were similar among men and women (and slightly higher than what is considered “optimal” by conventional standards). Roughly one-third of the participants had LDL-C levels above 140 mg/dL – the level at which statin therapy is typically recommended.

In women ages 70 to 74, researchers found a similar protective association (with lower impact). Higher total cholesterol levels were linked to a reduced risk of up to 7%, and high LDL-C levels correlated with a 2-12% reduced risk of Parkinson’s.

And as to that last statement, we couldn’t agree more!

How Does Cholesterol Protect Against Parkinson’s?

The brain is the organ with the highest concentrations of cholesterol (and we’ve already noted that cholesterol is required to manufacture steroid hormones).

But how can cholesterol help guard against Parkinson’s?

The answer may lie in its unique (and surprising!) ability to guard against free radicals. You see, while we need oxygen to survive, it also generates reactive oxygen species (free radicals), which can damage cells.

A study published in Clinical & Experimental Pharmacology and Physiology found that people with higher cholesterol levels had lower levels of tissue oxygen saturation, which translates to a reduced oxidative stress load. This would clearly be protective against Parkinson’s disease (among other things).

And it may also explain why people living at high altitudes (and therefore lower oxygen saturation) have lower risk of cardiovascular diseases and certain cancers. 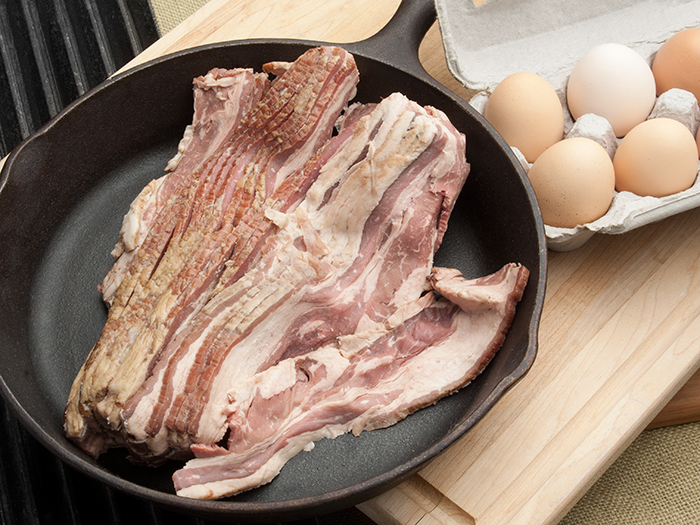 How to Optimize Your Cholesterol Levels for Better Health

If you love to eat grass-fed beef, pastured butter, eggs, bacon and seafood as much as I do, I have some great news…

Along with large particles of cholesterol, you also want your cholesterol to be protected from oxidation (damage by free radicals). Your cholesterol can be oxidized primarily by consuming excess sugar and omega-6 fats – like those found in seed and industrial oils (canola, corn, soy, etc).

To prevent Parkinson’s disease, follow the wisdom of our ancestors:

And beware of pharmaceuticals, which often have irreversible, unintended consequences!