The No-Cost Way to Keep Your Body Cancer-Free 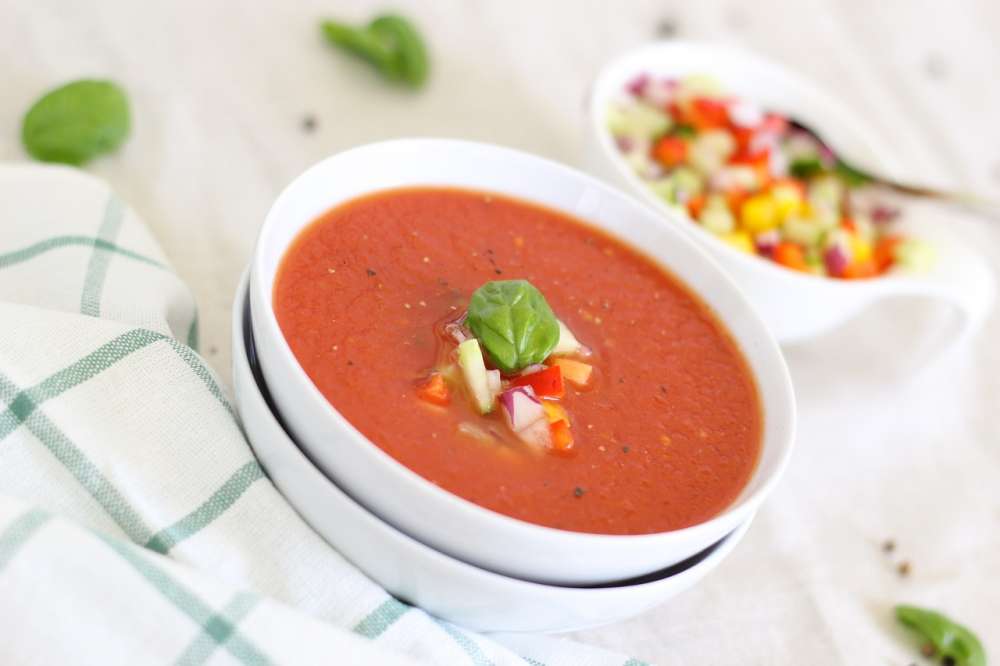 Would you be interested in a “treatment” that can kill massive numbers of cancer cells – we all have them (even the healthiest among us) – while strengthening your healthy cells? If you or someone you love already has cancer, this may be one of the most important steps to ensuring healthy survival.

And here’s even more great news…

This treatment will cost you NOTHING. In fact, when it’s over you will have MORE money in your pocket. Your cognitive function will improve. You will have lost weight. Your blood sugar will be more balanced. Inflammation will be decreased. And your immune system will be stronger.

A bit of mild discomfort.

Almost 20 years ago, I led a team of talented doctors, nutritionists and chefs to create a series of health and nutrition books for McGraw Hill. One of those books was titled, Eat to Fight Cancer. It was about the multitude of nutrients that have a positive benefit against cancer and how to add them to your diet.

But if I had to write that book again today, the title might be Don’t Eat to Fight Cancer – because fasting could be one of the most important things you can do to keep cancer at bay.

Now, in case your first thought is that this sounds a bit “unnatural”, keep in mind that it is our modern abundance of food that is unnatural. Most people eat three substantial meals each day and several snacks in between. We drive and eat, we watch TV and eat, we sit on the couch scrolling through social media feeds… and we eat.

This is a radical departure from our evolutionary history. For millions of years the majority of humans fasted for the better part of each day – and often for days at a time. This was natural and unavoidable, when hunting and gathering food was the norm.

Fasting has also been part of many cultural and religious traditions for millennia. In our modern world of plenty, however, fasting has all but disappeared.

But new research shows that abstaining from food periodically (or greatly reducing food intake) is something we absolutely need to do to thrive and prevent disease.

Renew Your Immune Cells with Fasting

A recent study published in the journal Cell Stem Cell found that prolonged fasting not only protects the immune system from damage, it also helps the regenerate the immune system by shifting stem cells from a “dormant” state into one of creation and renewal.[1]

In the study, the fasting cycles flipped a genetic switch and changed the signaling pathways for hematopoietic stem cells. These are the cells responsible for creating new blood and immune cells. The lead researcher, Valter Longo said:

“We could not predict that prolonged fasting would have such a remarkable effect in promoting stem-cell based regeneration of the hematopoietic system.”

So how does it work?

Prolonged fasting forces the body to use its reserves – including glucose, fat and ketones. It also breaks down white blood cells. Each fasting cycle depletes white blood cells, which induces changes that trigger hematopoietic stem cells to generate a new fleet of immune cells.

This research is important to anyone with a weakened immune system and for all who wish to maintain their health in their later years. As we age, there is an overall decline in the immune system. This leaves us more susceptible to diseases like cancer.

But with prolonged fasting – two to four days (or more) every six months – we can improve the strength and viability of our immune system as we get older, reducing the risk of many illnesses and diseases.

What’s more, fasting during times of illness and cancer therapy also proves to have many benefits…

There’s no way around it: chemotherapy is an indiscriminate killer.

Along with the cancer cells it is intended to squelch, chemotherapy also kills healthy cells in abundance (including the immune cells you need to fight cancer). What’s more, chemo can have long-term negative effects on the brain – a state often referred to by cancer survivors as “chemo brain”.

But research is emerging that one of the best ways to reduce the nasty effects of chemo – while simultaneously bolstering the effectiveness of the treatment – is fasting.

A recent study published in Science Translational Medicine found that a chemo-fasting combo extended the survival of advanced stage cancer patients by retarding tumor progression and reducing side effects.[2]

This research builds on a 2008 animal study which found that fasting helped protect healthy cells from the toxic effects of chemotherapy. But the benefits went even further. The researchers found that fasting actually sensitized the cancer cells to the chemo, making the treatment far more potent![3]

This phenomenon is called differential stress resistance (DSR). And it is precisely because of our evolutionary history that it exists. You see, because fasting was a normal aspect of our existence for millennia, your cells developed the ability to activate survival and protection mechanisms when food was scarce. In other words, your cells become tougher and more resilient in the face of hardship.

But because cancer cells are mutated, they do not have this evolutionary advantage. Instead of becoming stronger and raising their defenses when deprived of fuel, they become weaker and more vulnerable in the face of caloric stress.

By exploiting this unique biochemical mechanism through fasting, researchers found that the chemotherapy treatment killed 1,000 cancer cells for every one normal cell – compared to the normal one-to-one ratio!

Simultaneously, fasting may also increase the immune system’s sensitivity to cancer and help to reduce the blood supply (or vascularization) to the tumor – creating a perfect storm for overcoming cancer.

It’s important to note that not everyone is healthy enough to fast for four to five days or longer. For those with a BMI under 18 or who have lost weight due to cancer treatment, a prolonged water-only fast may not be advisable.

The good news is you can get the majority of the benefits of a water-only fast with a specialized diet called the Fasting Mimicking Diet (FMK), also developed by Valter Longo and his colleagues at USC.[4]

“Strict fasting is hard for people to stick to, and it can be dangerous, so we developed a complex diet that triggers the same effects in the body”, says Longo.

Instead of calories from grains which often make up the bulk of low-calorie diets, the calories on FMK come from phytonutrient-rich vegetables, keeping the glycemic index of the diet low and reducing inflammatory potential. The fasting meals included a lot of vegetable soup, kale crackers and chamomile tea.

The participants in the study did three cycles of the FMK (or three months). Then the researchers measured biomarkers. Not only did the three cycles of FMK decrease risk factors and biomarkers for aging, diabetes, cardiovascular disease and cancer… but did so with no major adverse side effects.

Longo believes that for healthy people, the FMK can be done every 3-6 months. For those who are obese or with elevated disease risk factors, it could be done as often as twice a month.

You might also consider intermittent fasting by simply compressing your “eating window” and eating within a 6-8 hour period each day. This leaves 16 to 18 hours of the day when you are fasting and can also mimic many of the benefits of a full fast (without the discomfort of going days without food).

Whatever you prefer, it can be very beneficial to your health, your weight, your cognitive function and your immunity to dramatically reduce (or eliminate) the food you consume on a periodic basis – just as our ancestors did naturally for millions of years.

Do you have experience with fasting? If so, what benefits did you see?

Kelley’s academic background is in biology and chemistry and for the last 15+ years, she has focused on the study of nutritional biochemistry…and the proven powers of compounds in foods to heal the body.