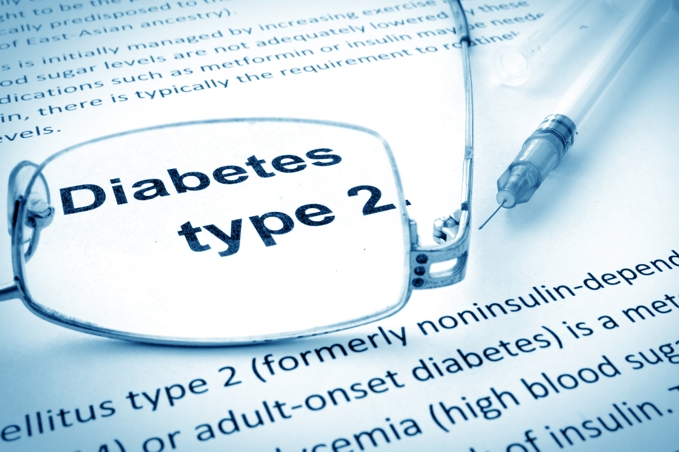 Diabetes is a public health crisis. In fact, 52% of the adult population in the US now suffers from Type-2 diabetes or prediabetes. Worldwide, the number of diabetics has quadrupled over the last 35 years!1

And while diabetes alone has a grim prognosis, what makes it even more insidious is that it sets the stage for many other of the chronic diseases, including cancer, heart disease, and Alzheimer’s.

However, unlike those other chronic diseases. There is some great news about diabetes itself. And that is that it can be reversed in most cases.

Today, I will show you the proof that you can put this disease into remission easily – and quite rapidly – if you make the right decisions. I will also show EXACTLY what you or a loved one must do – starting TODAY – if you are faced with diabetes, prediabetes or another metabolic dysfunction.

But first, it’s important that you understand the illness itself.

Diabetes is result of two types of metabolic dysfunction:

The first phase of metabolic dysfunction usually takes place over a period of 10 to 15 years. During this time, insulin resistance slowly increases. This forces the pancreas to work harder, producing more and more insulin. Over time, however, the pancreas cannot produce enough insulin.

Once the pancreas is unable to keep up with the demand for insulin, blood glucose levels rise and stay elevated. The diagnosis of Type 2 diabetes soon follows, which is determined in one of two ways:

But diabetes is not only marked by the metabolic dysregulation of sugar. The accumulation of FAT also plays a pivotal role, and here’s how. When you consume a high-carbohydrate diet, fat begins to accumulate in the liver. But the liver can only hold so much. And soon, this fat spills over into the pancreas.

As these two critical organs become filled with fat, their function is compromised. In the case of the pancreas, the beta cells that produce insulin simply fail. The bottom line is that Type 2 diabetes is caused by excess fat within the liver and pancreas.2

Therefore, it stands to reason that reversing this process might reverse the disease itself. And that’s exactly what the research has uncovered. According to a study published in the journal, Diabetes Medicine:

“Type 2 diabetes is now known to be a reversible condition in the early years, and the underlying mechanism is the removal of the excess fat from within liver and pancreas in these susceptible individuals.”3

So, let’s discuss what it takes to put this killer on the run…

Diabetes Can be Put into Remission

It is important to understand that diabetes cannot be “cured”. In other words, even if the condition is reversed, it will quite rapidly return, if YOU return to your old lifestyle. So, let’s discard the quest for a cure and focus on putting the disease into permanent remission.

According to a team of international experts, including those from the American Diabetes Association, the remission of diabetes can be defined as the ability to maintain blood sugar levels below the diabetes range without the need for any diabetes medications.

From a diagnostic standpoint, this means HbA1c levels below 48mmol/mol or 6.5%.

The great news is that this can happen faster – and easier – than you might imagine!

The 2016 Counterbalance Study demonstrated that diabetes can be reversed for up to 10 years after the original diagnosis.4 According to metabolic doctor, Roy Taylor, who participated in this research:

“Our work shows that even if you have had Type 2 diabetes for 10 years, you are likely to be able to reverse it by moving that all important tiny amount of fat out of the pancreas.”

There are even thousands of anecdotal reports of people who have put the disease into permanent remission after 25 years. Of course, the greatest results will come from making the necessary changes – starting TODAY!

So, please consider what the research actually PROVES about your ability to prevent and reverse this condition… and then, I’ll show you exactly what you must do to achieve it.

Research Proves You CAN Reverse Diabetes

In the study, diabetic patients were placed on a very low-calorie diet. Within just 7 days, researchers observed a profound fall in liver fat content that resulted in the normalization of insulin sensitivity in the liver. Fasting plasma glucose also became normal in just 7 days. Over 8 weeks, pancreatic fat decreased, resulting in normal insulin secretion and blood sugar control.5

Or how about the DIRECT Study…

In the Diabetes Remission Clinical Trial (DIRECT), 298 adult subjects had been diagnosed with diabetes for at least six years. The researchers discovered that remission was closely tied to weight loss. In fact, 86% of people who lost more than 33 pounds (and maintained it for one year) achieved remission.

That’s almost 9 out of 10 participants!

And it also shows that even an easily achievable amount of weight loss – just 33 pounds or more – results in remission in nearly 9 out of 10 cases!

According to one of the researchers, Professor Michael Lean from the University of Glasgow:

“Our findings suggest that even if you have had type 2 diabetes for 6 years, putting the disease into remission is feasible.”

Next, let’s take a look at the ADDITION-Cambridge Trial…

This study of 867 people found that subjects who achieved weight loss of 10% or more of their starting body weight within the first five years following diagnosis were two times more likely to achieve remission (compared to people who maintained the same weight).7

Again, that is a VERY reasonable amount of weight to lose to achieve remission of a life-threatening disease!

The researchers found that patients on LCDs achieved higher diabetes remission rates at six months compared to the low-fat diet. Those on the LCDs also increased weight loss, reduced medication use, and reduced triglycerides.

The Simple Solution to Reverse Diabetes in Just 30 Days

As you learned from the studies above low-calorie and carb-restricted diets can work, but only the latter is truly sustainable in the long term.

Opting for a nutritionally complete low carb or ketogenic diet isn’t just highly effective for diabetes, it is also easily sustainable thanks to the focus on satiating fat. Keto also simultaneously addresses high blood sugar, insulin resistance, and inflammation – while simultaneously helping the body tap into the visceral fat stores in the liver and pancreas that promote diabetes to begin with!9,10

If you don’t know what a very low carb or keto diet looks like, here are a few meal examples: