The Connection between Your Gut, Your Diet & Parkinson’s Disease 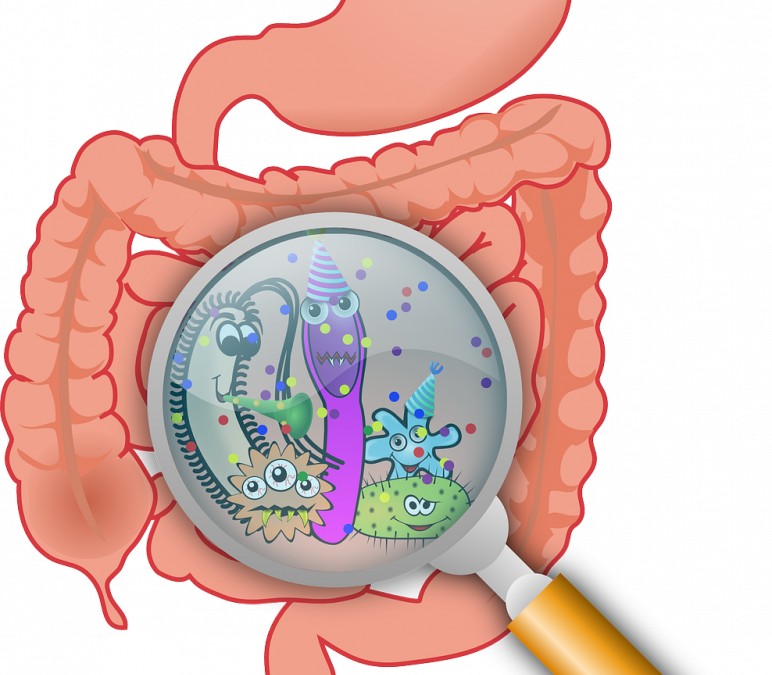 We have long known that our brain and emotions are closely tied to our gut. It is written into our language and traditions. And we’ve all had the feeling of “butterflies” in our belly before a performance or presentation.

And while it was more than 2,000 years ago when Hippocrates, the Father of Medicine, is believed to have stated that “All disease begins in the gut” – it seems that modern science is only recently catching up to our common wisdom.

Your gut is lined with more than 100 million nerve cells. And these cells send their signals up the vagus nerve directly to your brain. In fact, your gut is so densely packed with nerves that many researchers postulate it is practically a brain unto itself.

Your gut also produces hormones, which are released into the bloodstream. Within a matter of minutes these hormones reach your brain, where they work to control your actions, impulses and physiological function. This alone calls into question which part of your anatomy is really in control.

And as you probably know, it is not just your nervous and hormonal systems that connect your gut and brain. Your microbiome – the ever-changing ecosystem of microorganisms in your gut – also affects your mood, your actions, your biological function… and your risk for disease.

In fact, researchers have now discovered that Parkinson’s Disease – a condition most of us think of as a “brain disease” – could actually begin in the gut. What’s more, we are discovering that your microbiome (and the foods you feed the bugs in your belly) could play a BIG role in the development of this dreaded condition.

We have all seen the videos of Michael J. Fox – with his hands trembling and voice halting – discuss his struggles with Parkinson’s. We have seen the once eloquent and fluent Muhammed Ali fighting to speak. And most of us have seen the same trembling and loss of motor control in someone we know and love.

Parkinson’s is an incurable central nervous system disorder that affects more than 10 million people worldwide. Each year, 60,000 Americans are diagnosed with the condition.

The most recognizable symptoms include shaking, rigidity and difficulty walking. But it can also result in depression, dementia, sleep disturbance and emotional problems. You’re probably aware of all these symptoms.

But did you know that constipation is also one of the most common symptoms of Parkinson’s?

The earliest evidence that the gut plays a role in this “brain disease” emerged in the early 1800s when English doctor, James Parkinson, noted that many of the patients he treated for “shaking palsy” also experienced constipation.[i] He also discovered in some of these patients that when their gastrointestinal complaints were alleviated… their shaking also abated.

Does Parkinson’s Actually BEGIN in the Gut?

In 2003, a German neuroscientist, Heiko Braak, proposed that Parkinson’s Disease is not only associated with the gut – it may actually originate in the gut. He discovered that the same post-mortem evidence that shows up in the brain is also present in the gut.

You are probably familiar with compounds called amyloid plaques. These are clumps of proteins that bind to nerve cells (neurons) in the brain and destroy their ability to pass messages to one another. These sticky compounds are the primary hallmark of Alzheimer’s Disease.

Well, there is a similar protein compound that also clumps at the end of our nerves. This compound, known as alpha-synuclein, is a hallmark of Parkinson’s disease. When αSyn aggregates in the brain, it prevents the brain from producing dopamine (another symptom of Parkinson’s).

And not only is this damaging protein found in the brain of Parkinson’s patients… it is also found in the gut. In fact, scientists now believe that these compounds are formed in the gut by bacteria and then transported to the brain via the vagus nerve.

Dr. Michael Schlossmacher is a physician and scientist, focused on this connection. He recently stated that, “Even if the pathology [of Parkinson’s] is very much driven by brain abnormalities, it doesn’t mean that the process starts in the brain.”

In other words, the worst symptoms of Parkinson’s are produced in the brain… but it STARTS in the gut![ii][iii]

Researchers at Caltech recently proved a clear connection between gut bacteria and Parkinson’s. Their research was published in the journal, Cell.

The experiment used a strain of mice with a genetic defect that causes them to overproduce αSyn. As a result, these mice are normally pre-disposed to develop symptoms very similar to those suffering from Parkinson’s.

However, when these mice were treated with strong antibiotics to eliminate their gut bacteria – the neurological symptoms went away! When the mice were recolonized with gut bacteria, the symptoms returned.[iv]

Their results led the researchers to state that, “Alterations in the human microbiome represent a risk factor for Parkinson’s Disease.”

But when your gut microbiome is out of balance (dysbiosis) or when excessive bacteria are multiplying in the wrong place (a condition known as small intestinal bacterial overgrowth or SIBO) these fatty acids are produced in great abundance and can lead to proteins clumping on the end of nerve cells in gut… and brain.[v]

Researchers at Georgetown University help to explain why this might happen. They found that αSyn is much higher in otherwise healthy children after they have just recovered from a bout of vomiting and diarrhea resulting from a norovirus infection.

They postulate that alpha-synuclein could actually activate immune cells and help to fight off pathogens.[vi] In this case, temporarily elevated alpha-synuclein is a good thing – a natural step in our immune system.

It is when this substance is chronically elevated that problems occur.

A recent population study of more than a million adults showed inflammation in your gut may also play a starring role in the progression of Parkinson’s. The study proved there is a strong overlap between inflammatory bowel diseases (like leaky gut, Chron’s, IBD and IBS) and Parkinson’s.

In fact, the prevalence of Parkinson’s was 28 percent higher in those with inflammatory bowel disease, compared to healthy controls!

Could the “Healthy” Fiber in Your Diet Raise Your Risk for Parkinson’s?

Norm Robillard, PhD. is a microbiologist and founder of the Digestive Health Institute. Commenting on the results of these studies, he states that, “What I find fascinating is that these findings highlight a potential downside of dietary fiber.” [vii]

He believes the results support the idea that we may be consuming too much fiber and other fermentable carbohydrates. When you have an overgrowth of the wrong kinds of bacteria (dysbiosis) or bacteria growing in the wrong places in your belly (SIBO) – the last thing you want to do is to feed these bugs the foods they love!

When this happens, the bacteria in your gut produce more SCFAs. As a result, you produce more alpha-synuclein. This sticky compound accumulates in your gut and brain. And your risk for nerve damage – and Parkinson’s – increases accordingly.

And while the recommendation to reduce dietary fiber goes directly against the common narrative that “Fiber is healthy – and more is better!” – it could be just the solution to eliminate problems in your gut and reduce your risk for neurological and brain disease. 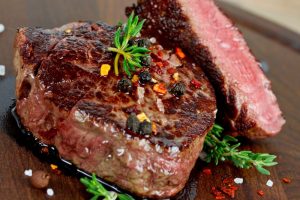 A low fermentable fiber, high-nutrient diet should include:

Do you or a loved one suffer with Parkinson’s disease? If so, what dietary strategies have you tried and what was the outcome?