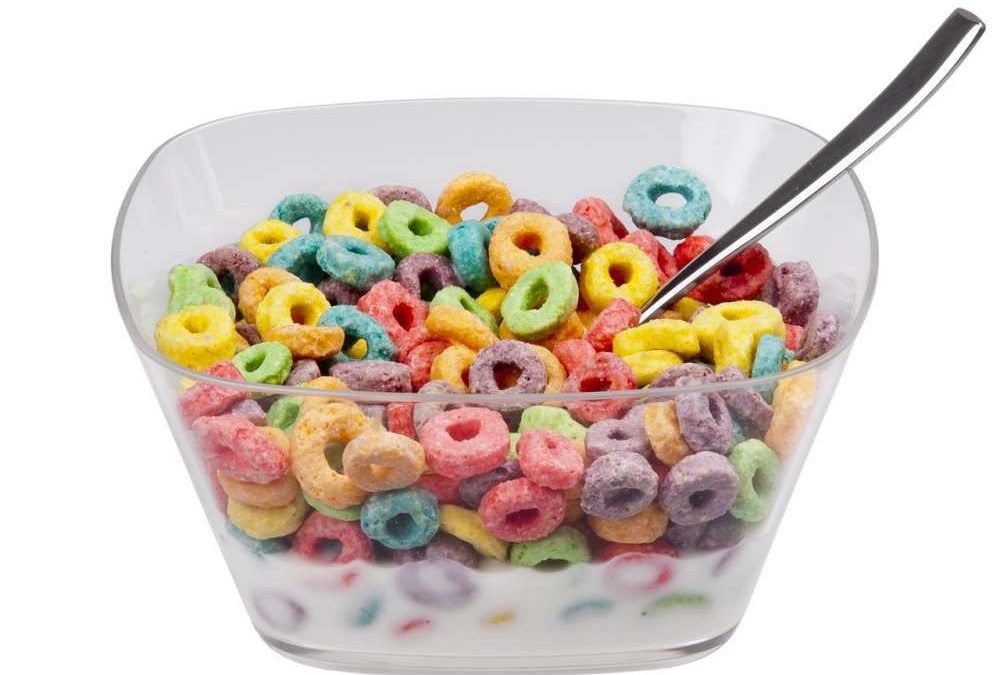 Fifty years ago, the biggest lie in the history of nutritional science was foisted on an unsuspecting public. It’s a lie that resulted in demonization of truly healthy foods… in favor of the greatest destroyer of health in the modern diet. It has also done more than anything to promote the twin epidemics of obesity and chronic disease.

Documents published in JAMA Internal Medicine prove that in the 1960s, a sugar industry organization (today known as the Sugar Association) paid Harvard researchers to conduct a review of scientific studies on the causes of heart disease.

Of course, there’s nothing wrong with an industry group paying for research. Many of our greatest scientific, medical and nutritional discoveries are the result of industry-funded research.

But in this case, the sugar industry cherry picked the studies. They told the researchers what conclusions they expected. The researchers indicated they were “well aware” of these expectations. And they were handed $50,000 (in today’s dollars) for the work.[1]

So, what did the sugar industry get for their funding? 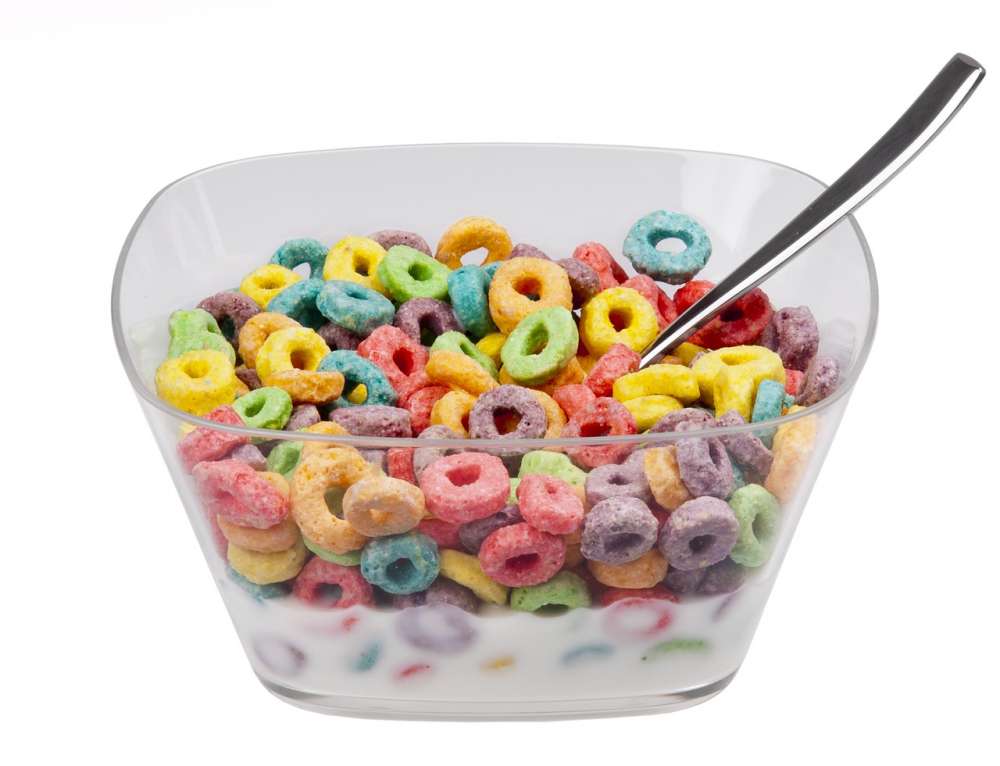 They received a prestigious study, conducted at Harvard and published in the New England Journal of Medicine, placing the blame for heart disease on saturated fat… while exonerating the links to sugar.

This conclusion isn’t true. In fact, the opposite is true. Saturated fat is healthy to consume, while excess sugar is a primary cause of heart disease. And one “mutant sugar” shoulders most of the blame (more on that in a moment)!

Now, bribery is a strong accusation. So, I’ll let Marion Nestle, esteemed Professor of Nutrition and Public Health at New York University make the accusation for me. Commenting on this study, she says, “Funding research is ethical. Bribing researchers to produce the evidence you want is not.”

Unfortunately, this bogus research – and the corrupt scientists who published it – has influenced five decades of information on the dietary causes of heart disease.

The leader of this study later became the head of nutrition at the US Department of Agriculture. There he helped draft the government’s disastrous dietary guidelines, while continuing to support the processed food industry at the expense of public health.

One of his co-authors became chairman of Harvard’s nutrition department, which has exerted wrong-headed influence in the field of nutrition for decades.

These institutions helped characterize sugar as little more than “empty calories” linked to tooth decay… while healthy foods that contain saturated fat and cholesterol were blamed for heart disease.

The 1970s ushered in an era of low-fat, high-sugar foods. It was an era when sugar-laden breakfast cereals (produced by industrial food conglomerates) got the American Heart Association seal of approval… while fresh eggs, butter, cheese, beef and pork (produced by American farmers) were demonized.

American sugar consumption began to surge around this time… and our consumption of a particularly deadly sugar really took off. According to USDA food consumption tables, use of this sugar in foods increased 1,000% between 1970 and 1990![2]

Fructose: The “Mutant Death Sugar” & What it Does to Your Heart

For thousands of years – long before we were obese, diabetic and dying of heart disease at record rates – the average person consumed about 15 grams of fructose daily. And apart from the occasional raid on a beehive, it usually came bound with fiber and other nutrients in the form of fruits and vegetables.

Today, the average American adult consumes around 55 grams of fructose per day. Adolescents consume 73 grams daily – or 58 pounds of fructose each year![3]

Fructose is the sweetest of all sugars. It is also the most detrimental to your health – by far!

Glucose vs. Fructose: What’s the Difference?

Glucose is the primary form of sugar found in starchy foods (like root vegetables). Your body has an exquisite control system to regulate the amount of glucose in your blood. And virtually every cell in your body can readily transform glucose to energy. The load of sugar is dispersed.

But fructose is different…

While your entire body can process glucose, only your liver can process fructose. Your capacity to metabolize fructose is quite limited. And nothing good comes from the by-products produced when you consume it. As fructose passes through the liver, it is converted into three dangerous compounds:

The more fructose you eat, the higher your levels of these compounds will climb.

And it can happen quickly…

One study of healthy, young medical students evaluated their response to a high-fructose diet. Within only six days, their triglycerides doubled![4] And high triglycerides have been shown to increase your heart disease risk as much as 61%.[5][6]

Fructose also lowers your production of so-called “good” HDL cholesterol while raising your “bad” LDL cholesterol (including the especially dangerous VLDL).[7][8][9] These compounds are very small and have the ability to insert themselves under the cellular wall of your arteries.

One study of participants on a high-fructose diet was published in the American Journal of Clinical Nutrition. In just four weeks, the researchers measured a 36% increase in triglycerides and 72% increase in VLDL![10]

There is another fatty compound called apo-B, which is even smaller than VLDLs. These tiny molecules have an even easier time entering the walls of your arteries. Studies have shown that Apo-B levels are one of the strongest independent risk factors for heart disease![11]

And can you guess what boosts apo-B?

In fact, a study published in the Journal of Endocrine Metabolism showed that while fructose has a significant impact on raising apo-B levels… glucose does not!

And finally, what about blood pressure?

A recent review of studies, published in the journal Open Heart shows that dietary sugar is more strongly associated with high blood pressure than sodium.[12]

It’s no surprise, when you consider that a medical journal on blood pressure recently showed that when compared to controls, study participants who consumed 74 grams of fructose (the average daily consumption for an adolescent) had 77% greater risk of extreme high blood pressure![13]

Consider that an animal study, published in the journal Metabolism found that rats fed a fructose-enriched diet had a 72% higher homocysteine levels than controls after just 5 weeks![14]

So, what should you take from this?

Don’t believe the decades of lies about saturated fat and cholesterol. These compounds do not harm your health. They do not cause heart disease. And they are essential for a multitude of processes in your body. Sugar on the other hand – and in particular fructose – is a primary risk factor for heart disease and should be strictly limited in your diet.

[11] Lamarche B1, Moorjani S, Lupien PJ, Cantin B, Bernard PM, Dagenais GR, Després JP.Apolipoprotein A-I and B levels and the risk of ischemic heart disease during a five-year follow-up of men in the Québec cardiovascular study.Circulation. 1996 Aug 1;94(3):273-8.