What Is the Difference Between Lard and Tallow? 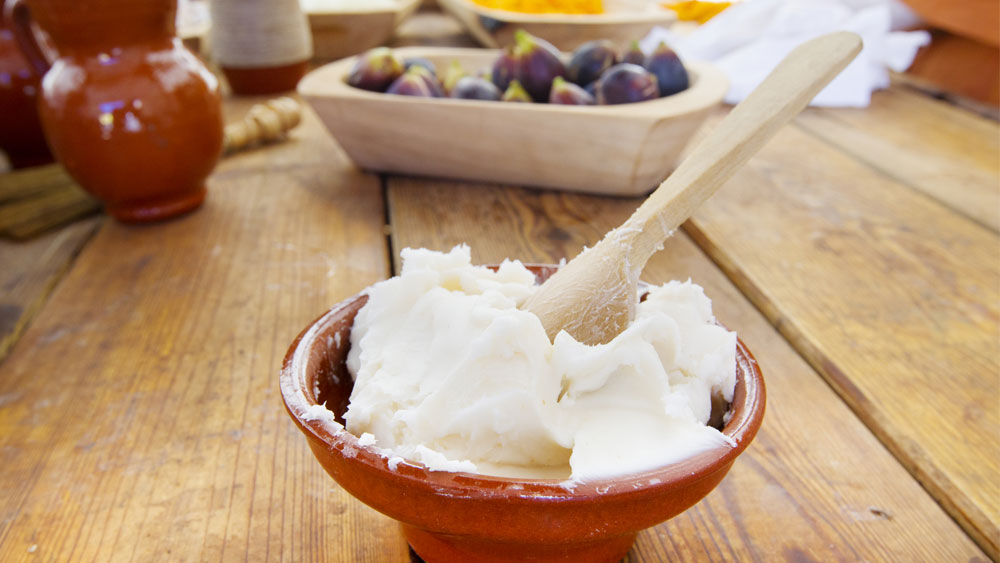 A lot of tallow and lard is sold out of the U.S. Wellness Meats barn, so to speak. And the number of people who have questions about tallow, or who use lard and tallow interchangeably, is so high that we’ve come here today to settle the debate between these two delicious fats once and for all.

So without further ado, let’s get suet. Get it?

The difference between lard and tallow

Those are the basics, but there are some other interesting differences between the two worth knowing about.

Tallow is any ruminant fat, oftentimes beef suet, that has been rendered. While most commonly referring to beef tallow, tallow can also come from lamb, deer, and bison.

Rendering is the process of heating up raw fat to separate pure fat from the connective tissues it is bound to. This is what creates cooking oil and is acquired by heating and straining the fat. This is an old technique, and the processing increases the shelf life of the fat substantially.

Professionally-rendered tallow is shelf stable and can stay good for many months. It’s also worth noting that some commercial tallow you see in supermarkets may be a combination of beef tallow, vegetable oil, and other fats. Look for labels whose ingredients are simply “beef tallow” or another equivalent.

Tallow is often made from the fat that protects internal organs such as the kidneys, and its high smoke point of 400 degrees, beefy flavor, and unique texture make it popular for a variety of applications including:

Lard is rendered pork fat, or any other rendered fat from a pig or similar animal, including boars. Lard can be made by steaming or boiling the raw fat, known as wet rendering, or by simply heating it without water, known as dry rendering [*].

Lard is typically sourced from pork belly and other fat close to the internal organs due to the quantity and quality of fat found there.

Its mild taste, soft texture, and versatility make it one of the most popular cooking ingredients in the world.

People use lard for:

While tallow and lard are clearly similar, they are far from the same thing.

Tallow is a bit harder than lard

Tallow has a texture closer to butter when cooled, whereas lard is even softer and more spreadable. This makes lard ideal for pastries since it “melts in your mouth” and absorbs into dough well.

Tallow has a higher smoke point than lard

It’s not just tallow’s beefier taste that makes tallow the preferred choice for frying over lard, it also has a higher smoke point. Tallow’s smoke point is around 400 degrees, where lard’s is a bit cooler, around 374 degrees. The higher the smoke point, the hotter you can get the oil without trouble, which means faster cooking and fewer fires.

Tallow has a stronger taste than lard

Another reason bakers prefer lard to tallow for baking is that lard has a mostly neutral taste. A slight beefy taste may not be an issue in meat pie, but no one wants beef in their apple pie! This is partly why lard is used for sweets and tallow is used for frying things like fries or other meat.

Companies hydrogenate lard to increase the stability, shelf-life, and texture of their products [*].

Unfortunately, hydrogenation increases the number of trans fats, which are responsible for negative health outcomes, such as causing our blood sugar to go up, our LDL cholesterol to increase, and our HDL cholesterol to decrease [*].

This is not a broad anti-fat stance. Naturally occurring trans fats from bacteria digesting grass in a ruminant’s stomach, such as CLAs, have been repeatedly shown to not be harmful [*]. But while the fear of fats in the 20th century was a gross example of corporate marketing governing nutrition, the American Heart Association recommends limiting processed trans fats [*].

The takeaway? Buy lard from companies and farmers who prioritize health and taste over profits to ensure you’re eating healthy fats.

Tallow has a deeper nutritional profile than lard

Tallow has Vitamin A, Omega-3s, and CLAs, whereas lard is a bit lighter on the nutrients but is still a good source of Vitamin D [*].

Both are useful cooking oils

We’re comparing meat fat to meat fat. So yes, while there are differences, there’s a reason you can use either type of fat to perform basic cooking tasks like greasing and frying. They are also prepared in a similar fashion and can look similar when at room temperature and in a tub.

Both have good shelf lives

The exact shelf life will depend on factors like how well something is sealed and rendered, but generally speaking, both lard and tallow can last for months, sometimes even more than a year on the shelf. The company you buy from will have specific recommendations on how to store it and for how long!

Both are highly affected by their sourcing

Like any meat product, where you source it matters. There is nothing wrong with eating lard or tallow if you eat it in moderation and get it from healthy pigs and cows, but if you buy industrial pork and meat, you’ll be eating all the antibiotics and unhealthy living conditions those animals were subjected to, dramatically decreasing the nutritional value of the fat.

For example, lard is normally a good source of Vitamin D, but this is diminished significantly when buying lard from pigs raised in CAFOs, or entirely indoors [*].

Can I substitute lard for tallow?

Generally speaking, yes! Here are some specific situations when you might do so:

The bottom line on tallow and lard

Both are common cooking fats but are also used in other ways such as industrial lubricants.

For frying and a beefier taste, use tallow. For a lighter taste and as a fat source in baking, opt for lard. And in both situations, always opt for tallow and lard from grass-fed, grass-finished and pasture-raised animals — the negative health effects from industrially-produced lard and tallow are not worth it.

Get beef tallow made from the healthiest cattle in the world delivered right to your door.