Sugary Drinks Linked To Tumor Growths In The Colon 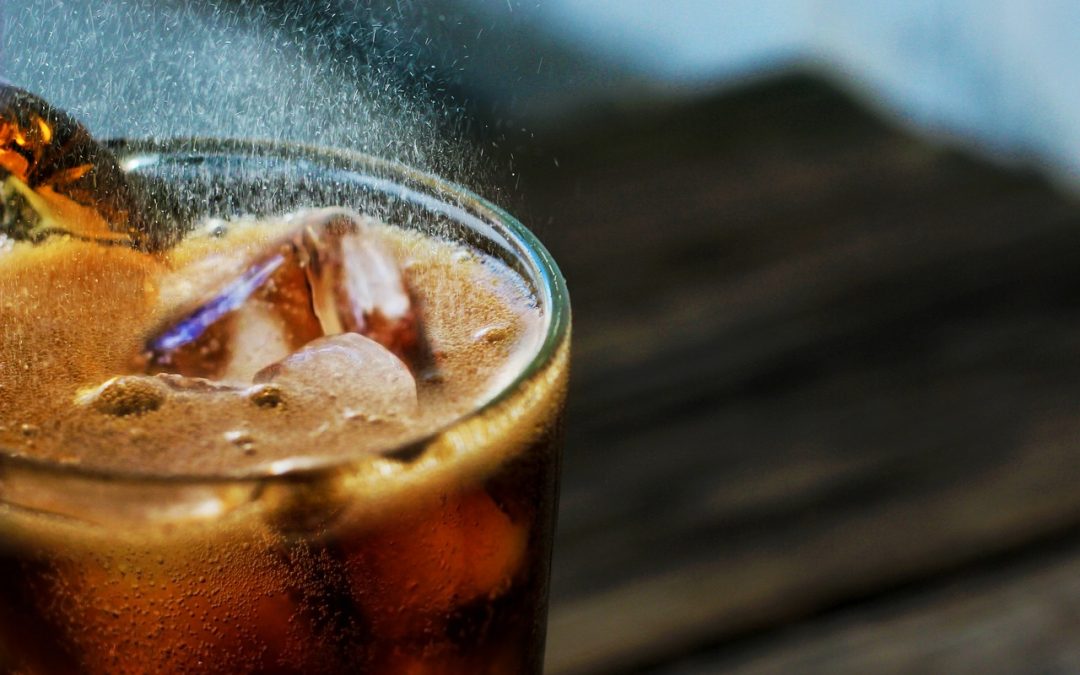 Excluding non-melanoma skin cancers, colon and rectal cancers are the third most common types of cancer diagnosed each year in the U.S.1 Scientists have identified several modifiable factors that increase your risk of colorectal cancer, and the most current link is sugar-sweetened drinks, which are very popular in the West.2

Although colorectal cancer numbers have been dropping in older adults for the past couple decades because of increased testing and lifestyle changes, scientists believe that this downward trend is masking a rising number of younger adults who are being diagnosed with it.4

In a paper published by the ACS in 2017,5 researchers looked at incident patterns from 1974 to 2013. They wrote that “nearly one-third of rectal cancer patients are younger than age 55 years,”6 which fueled headlines and recommendations that younger people should consider colon cancer screening.

However, it’s not clear whether increasing the number of screenings could reduce the number of people who are diagnosed, as it’s a mistake to equate screening with prevention. This is especially true since the ramifications of poor diet and sedentary behavior are catching up at an increasingly younger ages.

So, instead of signaling a need for more testing, the rising number of young adults diagnosed with colorectal cancer should be a wake-up call to reassess your lifestyle. In fact, data from the featured study demonstrate the impact one dietary choice can have on your risk of colorectal cancer.7

In this study, a team of researchers from Washington University School of Medicine,8 used data from the national Nurses’ Health Study II to evaluate the relationship between sugar-sweetened beverages and the increasing number of individuals younger than 55 diagnosed with colorectal cancer.9

During the 24-year prospective study, the researchers documented 109 early-onset colorectal cancers in the group. After analyzing the data, they found that individuals who drank two or more 8-ounce servings11 each week of a sugar-sweetened beverage more than doubled their risk of diagnosis as compared to people who drank less than one sugar-sweetened beverage each week.12

The results also appeared to show that the earlier individuals began drinking sugar-sweetened drinks, the higher the risk of early-onset colorectal cancer. In adults, with every additional 8-ounce beverage they drank each week, it increased their risk 16%. However, in the adolescent group, for every additional sugar-sweetened drink each week, their risk of developing the cancer before age 50 rose by 32%.13

The data also showed that when individuals replaced one sugar-sweetened drink with coffee, tea or artificially sweetened beverages, their risk reduced from 17% to 36%. However, as I discuss below, there are additional and dangerous health risks outside of colorectal cancer that are associated with artificial sweeteners.

Caroline H. Johnson is an epidemiologist at the Yale School of Public Health whose interest lies in the environmental risks associated with colorectal cancer. She was not involved in the study but spoke to a reporter from The New York Times about the results, saying,14 “I was really interested to see that the study was on women. The focus has mostly been on males. It will be interesting to see if it’s confirmed in men.”

Interestingly, the researchers did not find an association between drinking fruit juices and early-onset colorectal cancer. During the analysis, the scientists controlled for a variety of external factors that also affect risk, including hormonal use during menopause, smoking, alcohol, race and physical activity.15

One of the researchers commented that while weight gain is a known risk, their analysis controlled for obesity, suggesting the statistical association they found is outside the independent risk of obesity. Senior author Yin Cao, associate professor of surgery and medicine, commented on the results:16

“Despite the small number of cases, there is still a strong signal to suggest that sugar intake, especially in early life, is playing a role down the road in increasing adulthood colorectal cancer risk before age 50.

This study, combined with our past work linking obesity and metabolic conditions to a higher risk of early-onset colorectal cancer, suggests that metabolic problems, such as insulin resistance, may play an important role in the development of this cancer in younger adults.”

Additionally, these sugar substitutes have a variety of metabolic effects, including a negative impact on your gut microbiome. One recent molecular research study19 from Angelia Ruskin University20 discovered that popular artificial sweeteners, including sucralose (Splenda), aspartame (NutraSweet, Equal and Sugar Twin) and saccharin (Sweet’n Low, Necta Sweet and Sweet Twin) have a pathogenic effect on two types of gut bacteria.

One animal study22 published in the journal Molecules analyzed six artificial sweeteners including saccharin, sucralose, aspartame, neotame, advantame and acesulfame potassium-K. The data showed they all caused DNA damage in, and interfered with, the normal and healthy activity of gut bacteria.

Another study23 showed a link between artificially sweetened soft drinks and death from circulatory diseases and an association between sugar-sweetened soft drinks and death from digestive diseases.24 And, a study published in April 202125 confirmed earlier rodent studies that showed “aspartame is a chemical carcinogen” that can increase the risk of cancer in offspring that are exposed to it in utero.

This suggests that policies aimed at cutting or reducing sugar consumption may have disastrous consequences when manufacturers reformulate their products using artificial sweeteners.

The researchers made the association between UVB light and the manufacturer of vitamin D in the body since vitamin D has limited dietary sources. Inadequate vitamin D status has been identified as a risk factor in the development of colorectal cancer and has a potential protective action.

Past research demonstrates that taking at least 1,000 international units of vitamin D each day can reduce the risk of colorectal cancer by up to 50%.27 While analyzing the data, the researchers accounted for factors that may affect the results, such as smoking, skin pigmentation and age.28

The authors suggested that lower UVB exposure may lower an individual’s levels of vitamin D. Since deficiency has been associated with an increased risk of colorectal cancer in the past, the researchers used UVB data to estimate vitamin D levels. Lack of exposure to UVB was correlated with higher rates of colorectal cancer in all age groups living in all countries that were included in the study.

However, the association between lower exposure and higher risk of cancer was more significant in those over age 45. Raphael Cuomo, Ph.D., is a public health scientist from the University of California, San Diego, and co-author of the current study. He commented in a press release:29

“Differences in UVB light accounted for a large amount of the variation we saw in colorectal cancer rates, especially for people over age 45. Although this is still preliminary evidence, it may be that older individuals, in particular, may reduce their risk of colorectal cancer by correcting deficiencies in vitamin D.”

This means if you use the lower comparison of 1 in every 1,000, as many as 19,000 Americans may die as the result of a routine screening test. According to on paper, serious complications, injury or death from a colonoscopy is 0.5%, or about 95,000 per year.33

An alternate method of testing for colorectal cancer, virtual colonoscopy, appears to have minimal risk. However, the X-ray exposure from a virtual colonoscopy raises your lifetime risk of all forms of cancer by 20%.34 As noted by GutSense.org:35

“Virtual colonoscopies are now recommended every five years. By age 70 one’s risk of developing any other form of cancer grows to 100 percent. Killing you with another form of cancer before the colon gets affected is one hell of [a] way to ‘prevent’ colon cancer.”

Aside from the chance of death, other risks of colonoscopy include:36

These include obesity, physical activity, diet, smoking, alcohol and certain medications. People with diabetes and insulin resistance also have an increased risk related to the metabolic shift that promotes carcinogenic activity.43

Below are several diet and fitness suggestions that may significantly lower your risk of colorectal cancer, regardless of your age: