Study Proves Sugar Is Responsible for Remarkable Rate of Disease 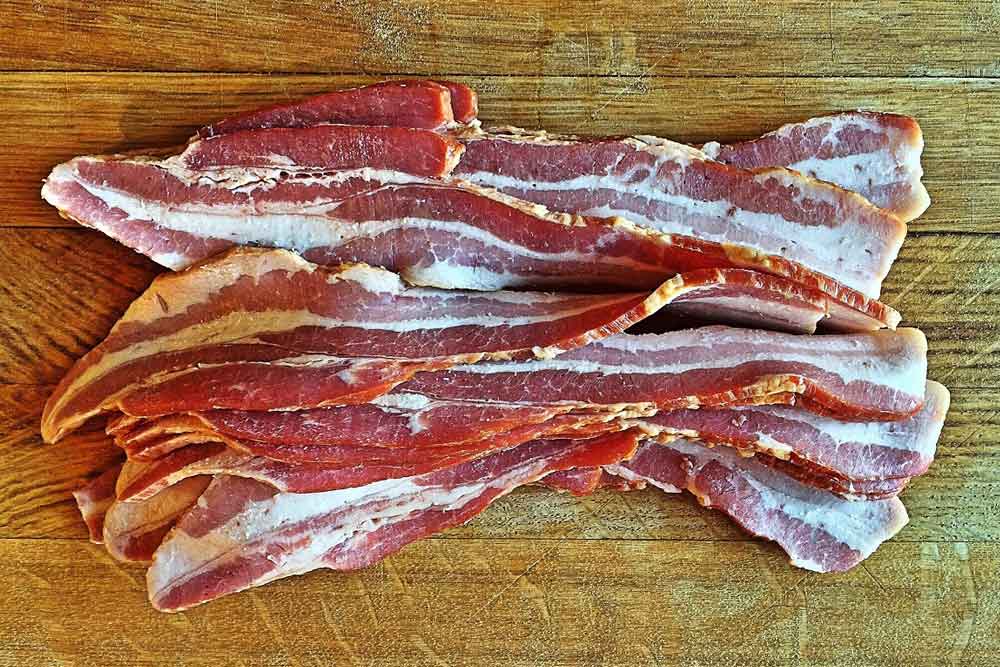 Refined sugar was not consumed on a daily basis until the past 100 years. Before that, it was a treat afforded only by the very rich as sugar cane was a difficult crop to grow. In the past 100 years, rates of obesity, heart disease, Type 2 diabetes and numerous other chronic diseases have skyrocketed.

As early as the 1920s, research documented the damage sugar does to your body. To this day, tobacco continues to be a leading a cause of premature death.2 Unfortunately, while the Centers for Disease Control and Prevention (CDC) call tobacco the leading cause of preventable death in the U.S., that title may well belong to sugar. Yet people who would never consider smoking may have little concern over the amount of sugar and starch eaten each day.

From a nutritional standpoint, your body does not need refined sugar. Although you need glucose, your body manufactures the glucose it needs in your liver through a process called gluconeogenesis. If you never ate another morsel of candy, sugar or starch again, you would live quite comfortably and likely in far better health.

Recent research reported in this short news video demonstrates that the amount of sugar you eat each day should be an important consideration in your nutritional plan. In 1926, German biochemist Otto Warburg observed cancer cells fermented glucose to lactic acid, even in the presence of oxygen (known as the Warburg effect), and theorized it might be the fundamental cause of cancer.3 This led to the idea that tumor growth could be disturbed by cutting off the energy supply, namely sugar.

For decades, scientists and researchers dismissed the idea, and the sugar industry backed them up. Warburg received the Nobel Prize in Physiology or Medicine in 1931 for his work in cellular respiration and energy production. His life’s mission was to find a cure for cancer, but his findings were largely ignored by the conventional medical community as they were considered simplistic and didn’t fit the genetic model of disease that was widely accepted.

Recent research from Belgium4 shows there is indeed a strong link between glucose overstimulation and mutated proteins often found inside human tumor cells, which make the cells grow faster.5 The study began in 2008, triggered by the researchers’ desire to gain a greater understanding of the Warburg effect.

The rapid breakdown of glucose in tumor cells is not seen in healthy cells, making glucose the primary energy source for cancer. Researcher Johan Thevelein, Ph.D., a molecular biologist from LU Leuven in Belgium, commented on the results of the study in a press release, saying:6

“Our research reveals how the hyperactive sugar consumption of cancerous cells leads to a vicious cycle of continued stimulation of cancer development and growth. Thus, it is able to explain the correlation between the strength of the Warburg effect and tumor aggressiveness.

This link between sugar and cancer has sweeping consequences. Our results provide a foundation for future research in this domain, which can now be performed with a much more precise and relevant focus.”

They’re quick to point out that while they believe the presence of added sugar in your diet may increase the aggressive growth of cancer cells, their research does not prove it triggers the original mutation.7 That said, previous research has shown that the genetic mutations found in cancer cells are actually a downstream effect caused by mitochondrial dysfunction, not the original cause, and excessive sugar consumption is one of the things that triggers mitochondrial dysfunction. I’ll discuss this more in a section below.

Granted, there are thousands of manufactured chemicals in your home, car and workplace that may cause or contribute to cell mutations. Air pollution, personal care products, plastics and chemical treatments often contain chemicals with carcinogenic properties, and such exposures also play a role.

The mutation of a cell, fed by your daily sugar habit, may grow into cancer. Cell mutation from sugar consumption occurs after mitochondrial damage. However, sugar also provides nutrition to cells mutated by contaminant exposure, and is required for these mutated cells to grow and multiply. As such, your sugar intake becomes an important factor, and one that you have a great deal of control over.

This means that even in the absence of oxygen, tumor cells can extract energy from glucose molecules. Rapid cell division of cancer cells to fuel growth requires the presence of a lot of sugar. Warburg believed a defect in the mitochondria of cancer cells allows the cells to use glycolysis to fuel growth, which suggests cancer is actually a metabolic disease that is affected by your diet.

In the U.S. an estimated 600,000 people will die from cancer this year, costing over $125 billion in health care expenses.9 The World Health Organization finds cancer is the second leading cause of death worldwide, responsible for nearly 8.8 million deaths in 2015.10Imagine if that many people were dying each year from the flu or polio. This would be headline news each day. Have we become so used to the idea of cancer that 1.6 million new cases every year in the U.S. is old news?

Conventional cancer treatment focuses on surgery, chemotherapy and radiation. However, many of these treatments have only been successful at lengthening lives by months and not in curing the disease. The basis for these treatments is that cancer is a genetic problem and not one triggered and fed by mitochondrial dysfunction. As a result, the nutritional link is typically overlooked.

The featured study exposes the flaw in using only pharmaceutical, surgical and radiation treatments on tumors and other cancer growths. Warburg postulated that by cutting off the food supply cancer cells rely on for survival, you effectively starve them.

In other words, if your mitochondria remain healthy, your risk of developing cancer is slim. Thomas Seyfried, Ph.D., author of “Cancer as a Metabolic Disease: On the Origin, Management and Treatment of Cancer,” has received many awards and honors through his long and illustrious career for the work he’s done expanding knowledge of how metabolism affects cancer.

He is one of the pioneers in the application of nutritional ketosis for cancer. While in nutritional ketosis, your body burns fat for fuel instead of starches and carbohydrates. By eating a healthy high-fat, low-carbohydrate and low- to moderate-protein diet, your body begins to burn fat as its primary fuel. Research from Ohio State University demonstrates athletes who eat a ketogenic diet experience significant improvements in their health and performance.11

Nutritional ketosis is also showing great promise in the treatment of neurological disorders such as Alzheimer’s disease or Parkinson’s disease,12 Type 2 diabetes13 and seizures14 that are unresponsive to medications. This recent research from Belgium confirms the work Warburg, Seyfried and others have done, and supports the hypothesis that cancer is a metabolically based disease and not a genetic problem.

Chemotherapy May Not Be the Answer

Traditional administration of chemotherapy may increase your risk of metastasis (the spread of cancer cells through your body) and may trigger additional tumor growth. Chemotherapy is sometimes recommended prior to surgery to help shrink the size of the tumor, increasing the likelihood a woman could have a lumpectomy instead of a full mastectomy.

Recent research reveals that giving chemotherapy prior to breast cancer surgery may promote metastasis of the disease, allowing it to spread to other areas of your body.15 This greatly increases the risk of dying. The study found that mice had twice the amount of cancer cells in their blood and lungs after treatment with chemotherapy. The researchers also found similar results in 20 human patients whose tumor microenvironments became more favorable to metastasis after chemotherapy.

Other studies in men with prostate cancer have demonstrated chemotherapy may cause DNA damage in healthy cells that boosts tumor growth and helps the cancer cells resist treatment.16 Research continues to reveal the effect chemotherapy has on your body and the devastating effect it has on healthy cells. At least as far back as 2004, researchers have known that “chemotherapy only makes a minor contribution to cancer survival.”17

Your Healthiest Choice Is to Avoid Sugar

Sugar is a primary factor driving the development of a number of different health conditions and chronic diseases. Sugar contributes to several of the leading causes of death in the U.S., including:18

While all forms of sugar are harmful when consumed in excess, processed fructose — the most commonly found sugar in processed foods — appears to be the worst. Manufacturers use the addictive property of sugar to drive sales, and high fructose corn syrup (HFCS) allows them to achieve their goals at a lower price. Although it tastes like sugar, HFCS gives your body a bigger sugar jolt. Dr. Yulia Johnson, family medicine physician with The Iowa Clinic, comments on the use of HFCS:20

“Your body processes high fructose corn syrup differently than it does ordinary sugar. The burden falls on your liver, which is not capable of keeping up with how quickly corn syrup breaks down. As a result, blood sugar spikes quicker. It’s stored as fat, so you can become obese and develop other health problems, such as diabetes, much faster.”

It stands to reason that if you want to live a healthier life and reduce your health care costs and your risk for cancer, you’d be wise to avoid refined sugar as much as possible, if not eliminate it from your diet entirely.

Eating real food (ideally organic), following a high-fat, low-carb, moderate-protein diet described in “Fat for Fuel,” and fasting are all things you can do to optimize your health and reduce your risk of chronic disease. For inspiring stories of others who have used a ketogenic diet to stabilize their health, read my article, “Promoting Advances in Managing Cancer as a Metabolic Disease Need Your Support.”

If you do pick up packaged foods, read the labels carefully so you can make an informed decision about the sugar you’re adding to your diet. Sugars may masquerade under several different names on food labels. Some of the more common names are listed below, but there are more than are listed here.

Labels list ingredients in order of the amount in the product. In other words, there is more of the first ingredient than the second, and so forth. When evaluating sugar, remember if it is listed in the fourth, sixth and ninth positions, the combined total may put it in the first or second position.21