Studies Prove Organic & Grass-fed Are Worth The Price 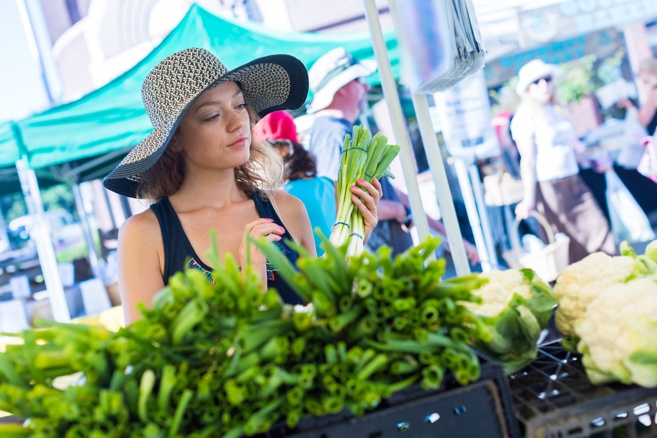 According to a Consumer Reports cost analysis,1 some organic foods can cost as much as 47 percent more than conventional varieties. The question is, do the benefits of organics outweigh the added expense?

A number of studies2 have confirmed that eating organic reduces your toxic load, as synthetic pesticides are not permitted in organic farming, and it’s a well-established fact that toxic chemicals have the capacity to harm your health.

A 2014 analysis3,4,5,6,7 of 343 studies also found that, in addition to having fewer pesticide residues, organic food crops also have about half the amount of cadmium,8 a toxic metal and a known carcinogen.

More recent research again highlights the benefits of organic foods — such as fewer pesticides and higher amounts of nutrients — confirming there is indeed a difference, and that this difference may very well be worth the added expense if you’re concerned about your health, and the health of our environment.

While conventional and organic fruits and vegetables contain similar levels of many nutrients, there are a few key differences.

Previous research, such as the meta-analysis studies cited above, have shown that organic fruits and vegetables contain anywhere from 18 to 69 percent more antioxidants than conventionally-grown varieties — many of which have been linked to health benefits and disease prevention in clinical studies.

Antioxidants are a very important part of optimal health, as they can control how fast you age by fighting free radicals. So the fact that organic foods contain far higher levels vouches for the stance that organic foods are healthier in terms of nutrition, in addition to being much lower or free of pesticides.

Organic foods also frequently contain higher amounts of vitamins and minerals, and in the case of meat and dairy, higher levels of healthy fatty acids as well. For example:

•Organic milk and meat from cows raised primarily on pasture have also been repeatedly shown to be higher in many nutrients, including vitamin E, beta-carotene, and CLA

Most recently, research13,14,15 published in the British Journal of Nutrition found clear differences between organic versus conventional milk16 and meat.17 Said to be the largest study of its kind, the researchers analyzed 196 and 67 studies on milk and meat respectively.

Echoing previous studies, the largest difference in nutritional content was its fatty acid composition, certain essential minerals, and antioxidants. According to Chris Seal, Ph.D. professor of Food and Human Nutrition at Newcastle University:18

Western European diets are recognized as being too low in these fatty acids and the European Food Safety Authority (EFSA) recommends we should double our intake.

But getting enough in our diet is difficult. Our study suggests that switching to organic would go some way towards improving intakes of these important nutrients.” [Emphasis mine]

Grass-Fed Versus Conventional Meat and Milk

According to the review on milk, half a liter (16.9 ounces) of organic full fat milk will provide you with an estimated 39 milligrams (mg) or 16 percent of the recommended daily intake (RDI) of very long-chain (VLC) omega-3 (EPA, DPA, and DHA), compared to 25 mg (11 percent) from conventional milk.

As noted in the study,19 VLC omega-3s have been linked to a number of health benefits, including “improved fetal brain development and function, delayed decline in cognitive function in elderly men and reduced risk of dementia (especially Alzheimer’s disease).”

Other Factors to Consider With Drinking Milk

While these differences in omega-3 content are indeed significant, the absolute value of mg is relatively low considering there are only about 10 mg long-chain VLC omega 3 per glass of milk.

Conventional milk was also found to contain 74 percent more iodine than organic milk, which may be detrimental or beneficial depending on how much iodine you get from other sources.

One-half liter, or just over two cups, of conventional milk provides as much as 88 percent of the RDI of iodine, compared to 53 percent from organic milk. As noted by co-author Gillian Butler:20

“There is a relatively narrow margin between dietary Iodine deficiency (<140 µg/day) and excessive intakes (> 500 µg/day) from our diet which can lead to thyrotoxicoxis … Optimising iodine intake is therefore challenging, since globally there seems to be as much concern about excessive rather than inadequate intake.”

How Your Food Is Grown Matters

Studies such as these drive home the point that HOW food is raised does make a difference. You simply cannot cut corners during production without impacting the quality of the food — and by extension, human health. As noted by co-author Professor Carlo Leifert, who participated in both the 2014 analysis of food crops and the current review of milk and meats:

Several of these differences stem from organic livestock production and are brought about by differences in production intensity, with outdoor-reared, grass-fed animals producing milk and meat that is consistently higher in desirable fatty acids such as the omega-3s, and lower in fatty acids that can promote heart disease and other chronic diseases ….

We have shown without doubt there are composition differences between organic and conventional food. Taken together, the three studies on crops, meat and milk suggest that a switch to organic fruit, vegetables, meat and dairy products would provide significantly higher amounts of dietary antioxidants and omega-3 fatty acids …

[T]he fact that there are now several mother and child cohort studies linking organic food consumption to positive health impacts shows why it is important to further investigate the impact of the way we produce our food on human health.” 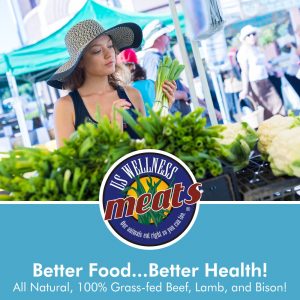 A related study21 published in Nature Plants looked at the benefits of organics versus conventional in terms of four key sustainability metrics. As noted by Time Magazine,22 they found that “organic offers a lot of good that outweighs its sticker shock.”

Co-author John Reganold, Ph.D. a professor of Soil Science and Agroecology at Washington State University, notes that in the 1980s when organic farming first began, very little research existed and many claimed it was too inefficient to feed a growing population.

Today, at least 1,000 studies have looked at the benefits and differences between organic and conventional farming, and the current study analyzed data that have emerged in the past 40 years, with a focus on how organic farming impacts sustainability in terms of:

Overall, the study found that organic farms are more profitable,23,24 earning farmers anywhere from 22 to 35 percent more than their conventional counterparts, and more environmentally friendly. They also produce equally or more nutritious foods with fewer or no pesticide residues. Organic agriculture also provides unique benefits to the ecosystem, as well as social benefits.

“If I had to put it in one sentence, organic agriculture has been able to provide jobs, be profitable, benefit the soil and environment and support social interactions between farmers and consumers. In some ways, there are practices in organic agriculture that really are ideal blueprints for us to look at feeding the world in the future. Organic may even be our best bet to help feed the world in an increasingly volatile climate.”

Organic Farms Fare Better During Droughts, and Use Less Energy

Results vary when it comes to yield. Some farmers report dramatic yield increases after switching to an organic biodynamic system that builds the soil, but in this particular study, they found organic yields tend to be on average 10 to 20 percent lower than conventional. However, organic farms were found to be at a distinct advantage during droughts. As reported by Time:

“Reganold found one scenario where the research shows that organic yields are consistently greater than conventional: during periods of drought. Organic soil is built up with organic material, which can hold onto water, he says. That means that by the time a farmer plants and grows a crop, the plant has access to more water, so yields increase.

For every inch of rainwater soaked up by soil, a plant can produce another 7 to 8 bushels of wheat, Reganold says.

Organic farming typically uses less energy, too. ‘When you look at ecosystem services, organic agriculture really shines,’ he says. ‘The value they bring in areas like biodiversity, pollination, soil quality — if you were to put an economic value on those, and some researchers have, then it more than makes up for the higher price or price premium of organic food.”

Conventional Farming Has Led to Dramatic Decline in Nutrient Content

It’s important to remember that the nutrient content of foods has dramatically declined across the board since the introduction of mechanized farming in 1925. For example, as explained by August Dunning, chief science officer and co-owner of Eco Organics, in order to receive the same amount of iron you used to get from one apple in 1950, by 1998 you had to eat 26 apples.

Other data25 reveal that between 1950 and 1999, levels of protein, calcium, phosphorus, iron, riboflavin (vitamin B2) and vitamin C levels in 43 different vegetables and fruits significantly declined. Another analysis of nutrient data from 1975 to 1997 found that, on average:

Taste has also diminished, although you’d have to be middle-aged to recall that foods used to taste differently. One of the primary reasons food doesn’t taste as good as it used to is related to the deterioration of mineral content. The minerals actually form the compounds that give the fruit or vegetable its flavor. All of these issues go back to the health of the soil in which the food is grown.26

Healthy soils contain a large diversity of microorganisms, and it is these organisms that are responsible for the plant’s nutrient uptake, health, and the stability of the entire ecosystem. The wide-scale adoption of industrial farming practices has decimated soil microbes responsible for transferring these minerals to the plants.

In 2009, the American Association for the Advancement of Science featured a presentation on soil health and its impact on food quality,27,28 concluding that healthy soil indeed leads to higher levels of nutrients in crops. Agricultural chemicals destroy the soil by killing off its microbial inhabitants, and this destructive trend is perhaps one of the most important factors when considering the value and necessity of organic farming.

If we do not change, we will eventually reach a point of no return, where soils will be too depleted to grow food. And then what will we do? Conventional may be more efficient, and may provide somewhat greater yields in some cases, but in the long term it’s unsustainable. Estimates suggest we have only about 55 to 60 years’ worth of productive topsoil left!29 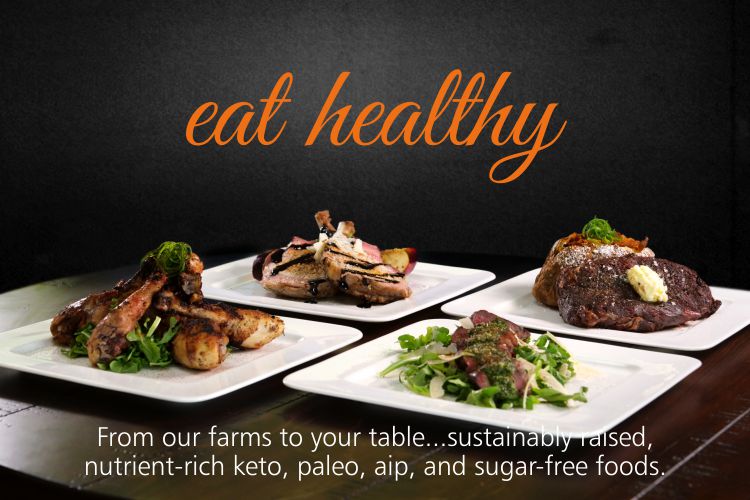 Other Benefits of Organic Pastured Meat and Eggs

Your best bet for finding healthy food is to grow your own. If that is not possible then connect with a local farmer that raises crops and animals according to organic standards. In the case of eggs, what you’re looking for is eggs from pastured, free-range hens. The Cornucopia Institute’s egg report and organic egg scorecard ranks 136 egg producers according to 28 organic criteria.

Regarding meat, keep in mind that organic grass-fed and grass-finished meats have other nutritional benefits beyond being higher in healthy fats; they’re also free of antibiotics and other drugs used in concentrated animal feeding operations (CAFOs). With antibiotic-resistant disease being a major public health hazard, buying organic meats is an important consideration in more ways than one.

Unless labeled as grass-fed, virtually all the meat you buy in the grocery store is CAFO beef, and tests have revealed that nearly half of the meat sold in U.S. stores is contaminated with pathogenic bacteria — including antibiotic-resistant strains. Grass-fed beef is not associated with this high frequency of contamination, and their living conditions have everything to do with this improved safety.