Saturated Fat & Cholesterol Are Important To A Healthy Diet 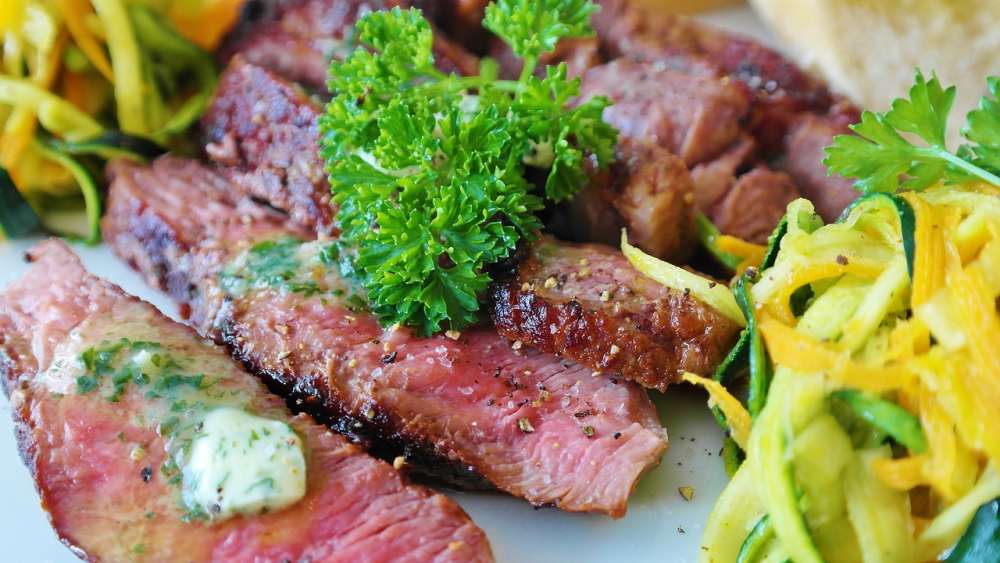 Saturated fat and cholesterol have been wrongfully vilified as the culprits of heart disease for more than six decades. Meanwhile, research has repeatedly identified refined carbs, sugar and trans fats found in processed foods as the real enemy. The first scientific evidence linking trans fats to heart disease while exonerating saturated fats was published in 1957 by the late Fred Kummerow,1 biochemist and author of “Cholesterol Is Not the Culprit: A Guide to Preventing Heart Disease.”

Keys’ biased research launched the low-fat myth and reshaped the food industry for decades to come. As saturated fat and cholesterol were shunned, the food industry switched to using trans fats (found in margarine, vegetable shortening and partially hydrogenated vegetable oils) and sugar instead.

Investigative journalist Nina Teicholz was one of the first major investigative journalists to break the story on the dangers of trans fats in a 2004 Gourmet magazine article.4 In the video above, Joe Rogan interviews Teicholz on her 2014 book, “The Big Fat Surprise: Why Butter, Meat and Cheese Belong in a Healthy Diet,” which grew out of that initial exposé.

In it, not only does she dismantle the belief that saturated fat and cholesterol make you fat and cause disease, she also reveals that while the dangers of trans fats are now becoming widely recognized, the recommended replacement — vegetable oils — may actually be even more harmful. She also delves into the politics and shady underbelly of nutritional science, revealing how the food industry has manipulated the scientific discussion and built a largely false foundation for the nutritional recommendations we’re given.

Corruption is not the sole problem, though. Teicholz notes there is a very strong tendency to “fall in love” with your own ideas and beliefs, and this is as true for scientists as it is for regular people. And, when you strongly believe something to be true, you will tend to find the evidence you’re looking for and ignore anything that refutes it. So, it’s really a human psychology problem.

Scientists are not supposed to fall into this all-too-human trap. “They’re taught to distrust their beliefs [and] shoot down their own hypothesis,” Teicholz says, “but in the case of nutrition science, that didn’t happen … They cherry-picked the evidence and completely ignored and actively suppressed, even, anything that contradicted their ideas.” This certainly included Keys, who was passionately wed to his hypothesis that saturated fat caused heart disease.

Teicholz points out the fact that saturated fat has been a healthy human staple for thousands of years, and how the low-fat craze has resulted in massive sugar consumption that has increased inflammation and disease.5 The American Heart Association (AHA) started encouraging Americans to limit dietary fat, particularly animal fats, to reduce their risk of heart disease in 1961, and maintains this position to this day.

Just last summer, the AHA sent out a presidential advisory to cardiologists around the world, reiterating its 1960s advice to replace butter and coconut oil with margarine and vegetable oils to protect against heart disease. Yet historical data clearly shows this strategy is not working, because concomitant with low-fat diets becoming the cultural norm, heart disease rates have soared. The AHA also ignores research demonstrating the low-fat, low-cholesterol strategy does more harm than good. For example:

Cholesterol is not only beneficial for your body, it’s absolutely vital for optimal functioning. For example, cholesterol is needed for the construction of your cell membranes and helps regulate the protein pathways required for cell signaling. Having insufficient amounts of cholesterol may negatively impact your brain health, hormone levels, heart disease risk and more.

Your body also needs saturated fats to function properly. One way to understand this need is to consider the foods ancient humans consumed. Many experts believe we evolved as hunter-gatherers and have eaten a variety of animal products for most of our existence on Earth. To suggest that saturated fats are suddenly harmful to us makes no sense, at least not from an evolutionary perspective.

Reducing saturated fat to extremely low levels, or shunning it altogether, also doesn’t make sense when you consider its health benefits and biological functions, which include but are not limited to:

As noted by Teicholz, by eliminating saturated fat and cholesterol-rich foods we’ve also eliminated many of the most nutrient-dense foods from our diet — eggs and liver being just two examples — and this also has its repercussions for human health and development. Vitamins A, D, E and K are fat-soluble, which means you need the fat that comes naturally in animal foods along with the vitamins in order to absorb those vitamins.

Additionally, fat is very satiating, so you’re far less likely to overeat on a high-fat diet than a high-carb diet. Most people who complain about “starving” all the time are likely just eating too many carbs (quick-burning fuel) and not enough fat (slow-burning fuel).

Then there’s carb addiction, of course, which further fuels the cycle of hunger and overeating. What’s worse, when you eat a high-carb diet for a long time, it blocks or shuts down your body’s ability to burn fat, which means all of your body fat remains right where it is, as it cannot be accessed for fuel.

By shifting your diet from high-carb to high-fat, you eventually regain the metabolic flexibility to burn both types of fuel — fat and sugar — which solves most of these problems; the hunger and cycle of overeating, weight gain, inflammation and related disease processes. Cyclical ketogenic diets are very effective for this, as is intermittent fasting and longer water fasts for those who are overweight.

The Problem With Vegetable Oils

As mentioned earlier, Teicholz’s book also delves into a new nutritional twist that has developed as the dangers of trans fats have been exposed and accepted. While the U.S. Food and Drug Administration has removed partially hydrogenated oils — the primary source of trans fats — from the list of “generally recognized as safe” ingredients, the vegetable oils (such as peanut, corn and soy oil) that have replaced them may have even more harmful health ramifications.

Cyclic aldehydes are among the most toxic of these byproducts, and animal research has shown even low levels of exposure cause serious inflammation, which is associated with heart disease and Alzheimer’s. Findings like these make the AHA’s recommendation to use margarine and vegetable oils all the more troubling.

In her book, Teicholz also cites research in which aldehydes were found to cause toxic shock in animals by damaging the gastrointestinal tract. We now know a lot more about the role your gut plays in your health, and the idea that aldehydes from heated vegetable oils can damage your gastric system is frighteningly consistent with the rise we see in immune problems and gastrointestinal-related diseases.

How a Cyclical Ketogenic Diet Can Improve Your Health

Two-thirds of the American population is overweight or obese,10 more than half of all Americans struggle with chronic illness,11 1 in 5 deaths in the U.S. is obesity-related12 and 1 in 4 deaths is related to heart disease.13 Saturated dietary fats and cholesterol are not to blame for these statistics. The evidence is actually quite clear: Excessive net carbohydrate intake is the primary culprit behind these disease statistics, primarily by decimating your mitochondrial function.

To address this, you need to eat a diet that allows your body to burn fat as its primary fuel rather than sugars, and to become an efficient fat burner, you actually have to eat fat. In my latest book, “Fat for Fuel,” I detail a cyclical or targeted ketogenic diet, which has been scientifically shown to optimize metabolic and mitochondrial health. A primary difference between this program and other ketogenic diets is the cyclical component.

It’s important to realize that the “metabolic magic” in the mitochondria occurs during the refeeding phase, not during the starvation phase. If you’re constantly in ketosis, you’re missing out on one of the most valuable benefits of the ketogenic diet. Basically, once you have established ketosis, you then cycle healthy carbs back in. As a general rule, I recommend adding 100 to 150 grams of carbs on the day or days each week that you do strength training. Some of the most important benefits of this kind of eating program are:

By rebalancing your body’s chemistry, weight loss and/or improved weight management becomes nearly effortless. Studies have shown a ketogenic diet can double the weight lost compared to a low-fat diet.14

A safer and more rational strategy is to use a ketogenic diet, as it is one of the most effective ways to drive down your inflammation level through HDAC inhibition.

While all cells (including cancer cells) can use glucose for fuel, cancer cells lack the metabolic flexibility to use ketones, while regular cells thrive on these fats. Once your body enters a state of nutritional ketosis, cancer cells are more susceptible to being removed by your body through a process called autophagy. A cyclical ketogenic diet is a fundamental, essential tool that needs to be integrated in the management of nearly every cancer.

Ketones spare branched-chain amino acids, thereby promoting muscle mass.15 However, make sure to implement cyclic ketosis. Chronic ketosis may eventually result in muscle loss as your body is impairing the mTOR pathway, which is important for anabolic growth. mTOR needs to be stimulated, just not consistently, as many people do with high protein diets.

Keeping your insulin level low helps prevent insulin resistance, Type 2 diabetes and related diseases. Research has demonstrated that diabetics who eat a low-carb ketogenic diet are able to significantly reduce their dependency on diabetes medication and may even reverse the condition.16

One of the first things people really notice once they start burning fat for fuel is that any former “brain fog” lifts, and they can suddenly think very clearly. As mentioned earlier, ketones are a preferred fuel for your brain; hence, the improved mental clarity.

One of the reasons you can survive a long time without food is due to the process of ketosis, which spares protein breakdown.20 A fairly consistent effect seen in people on a ketogenic diet is that blood levels of leucine and other important structural proteins go up, allowing these proteins to perform a number of important signaling functions.

Ketones also mimic the life span-extending properties of calorie restriction21 (fasting), which includes improved glucose metabolism; reduced inflammation; clearing out malfunctioning immune cells;22 reduced IGF-1, one of the factors that regulate growth pathways and growth genes and which is a major player in accelerated aging; cellular/intracellular regeneration and rejuvenation (autophagy and mitophagy).23