What Is Raw Cheese? Is Raw Milk Cheese Safe? 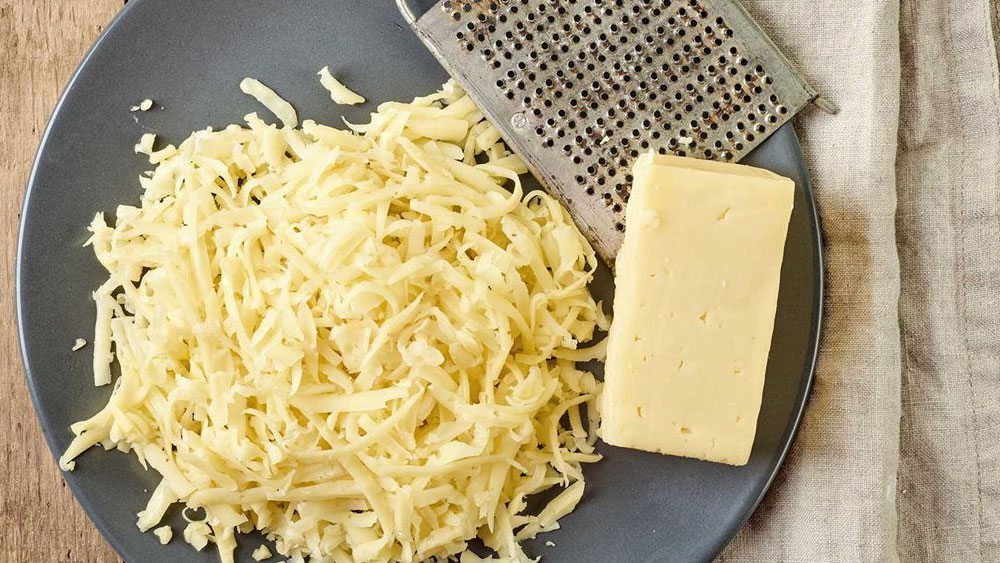 The bans on raw milk have their roots in the Industrial Revolution and were reactions to poor manufacturing processes that led to the death of thousands of children. It was a band-aid solution to a legitimate problem, but its unfortunate consequence was a fundamental distrust in raw milk and raw milk products.

The truth is, raw milk and cheese are delicious — full of rich flavor compounds and probiotics unmatched by pasteurized alternatives. In a perfect world, all kefir, yogurt, cream, and other dairy products would be made with raw milk. Real world manufacturing and distribution complicate that a bit, though.

Today, we’re going to talk about what raw cheese is, how it’s made, if it’s safe to eat, and more.

What is raw cheese?

Raw cheese is how cheese was made for thousands of years — it’s made from raw, unpasteurized milk and is known to be deeply flavorful and rich in probiotics.

Milk contains two types of proteins: casein and whey. As milk curdles, bacteria eat the lactose sugars in milk and turn them into lactic acid, which makes the casein proteins separate into lumps. This also causes the milk to smell sour and the whey proteins to turn into that familiar watery white liquid.

Many factories use their own bacteria strains and an enzyme called rennet to speed up this process, but classic cheesemaking involves more of the natural bacteria in the environment. Once the whey is drained away, the casein curds are cut into little bits and heated to strain even more whey out. Then, the remaining curds are pressed into the desired shape and allowed to dry and age for however long the cheesemaker wants[*].

So if the only difference between raw cheese and pasteurized cheese is the difference in initial milk, what’s the deal with pasteurization?

Invented in 1822, pasteurization is a health practice that involves heating up and cooling down milk to kill off any harmful bacteria.

It rapidly rose to prominence in the dairy industry during the famous “swill milk” scandal in the 1850s, when dairy producers were feeding their cows rotten grain and then using milk that was off-colored and bad along with white chalk coloring to make spoiled raw cheese that passed as healthy — this led to over 8,000 children dying from unsafe cheeses[*].

These days, however, cheese facilities are much cleaner and are tested regularly for potential contamination. They also use milk from healthier cows, so the risk of a bad bacteria strain remaining in the cheese is extremely low.

So while necessary in some instances, the idea that unpasteurized milk products are harmful is antiquated, and the process of pasteurization also kills a lot of nutrients and flavor compounds that we miss out on.

Is it legal to buy raw cheese?

It depends on how raw we’re talking about.

The FDA outlawed all raw cheese that hasn’t been aged 60 days at 35 degrees F or above. This was passed in reference to a study that showed that after sixty days or so, the salts and acids found in raw milk cheese begin killing listeria, salmonella, and E. coli.

So if you let cheese age long enough, then you’re fine. We’ve probably all eaten raw cheese at some point — it’s just been aged at least sixty days. So any cheese you buy in the grocery store that says “raw” on it or doesn’t have the pasteurized label has been aged at least sixty days. Raw cheese that is under that 60-day limit, which many cheesemakers would argue is where a lot of flavor resides, is what is still illegal in the states.

As of April 2016, raw milk in stores is legal in 13 states. 17 states only permit raw milk sales on farms. 8 of the states that prohibit sales allow acquisition of raw milk only through “cow-share” agreements — and in 20 other states, all sales of raw milk are prohibited[*].

The more relaxed a state you’re in, the higher chance of getting raw milk cheese you have — even though it will be aged if sold commercially.

Is it safe to eat raw cheese?

For most people, yes. As long as the cheese is made from good milk in a clean facility, the risks of infection are extremely low.

For context, fewer than 1,000 cases of people getting sick from raw milk products between 1998 and 2017 were reported in the U.S.[*]. Plus, any cheese you can buy at the market that isn’t marked pasteurized has still gone through the 60-day aging process.

That being said, if you have a lower immune system, are pregnant, are breastfeeding, a child, are elderly, or have a chronic disease, the CDC still advises you to skip raw cheeses out of risk of a listeria infection[*].

Is raw cheese good for you?

In moderation, yes! Cheese is considered a whole food, which is generally healthy in the context of a balanced diet. Raw cheese is also a good source of calcium, fat, probiotics, and protein[*].

And if you eat cheese that’s made from good, grass-fed milk, you also get even more nutrients like omega-3 fatty acids and vitamin K-2[*].

As long as you aren’t lactose intolerant, allergic to casein, or sodium-sensitive, you should generally be fine eating moderate amounts of cheese[*].

Does raw cheese need to be refrigerated?

Cheese was invented as a way to preserve milk[*], and people have been eating cheese far longer than refrigeration has been around, but it ultimately depends on the type of cheese you get and how old the cheese is when you receive it.

According to the USDA, soft cheeses like cream cheese, goat cheese, cottage cheese, and shredded need to be refrigerated. Hard cheese like cheddar and block varieties don’t need to be, but they will last a lot longer if they are.

The USDA recommends keeping hard cheeses in the fridge unopened for up to six months or about a month if opened. Soft cheeses get about a week or two[*].

There are also more factors than simply refrigerated or not. The humidity, temperature of your fridge, air circulation, and more all play into the shelf life and flavor of the cheese.

Oh, yes. It’s a bit difficult to describe, but since many of the good strains of bacteria are destroyed during pasteurization, raw cheese is full of the bacteria and flavor compounds that are unique to where that cheese was made. That’s what makes raw cheese such a fascinating food — it takes on so much of where it was produced due to its bacterial nature.

And raw cheese that is under the sixty-day limit (try it when you’re in France or other countries), is famously soft and stinky. Spreading a soft raw cheese over warm bread is an experience everyone should have.

Whether it’s under the 60-day-age limit or after, you have to try raw cheese. It’s so good. You won’t know what you’re missing until that first bite.

The bottom line on raw cheese

Raw cheese and its parent raw milk have a complicated place in American history, but in the modern era, many restrictions and regulations on raw cheese are out of date and are doing a disservice to our taste buds and the art of cheesemaking.

Any time you have a chance to try the incredible taste and nutritional benefits of raw cheese from a reputable producer — aged or not, we recommend it!

Try incredible raw cheese made with 100% grass-fed dairy cows. Grain-free, soy-free, non-GMO, and naturally higher in Omega-3’s and CLA’s. Our U.S. Wellness cheese is cheese made the way it should — good for your body, the environment, and your taste buds.