Quality Versus Quantity When It Comes to Healthy Carbs 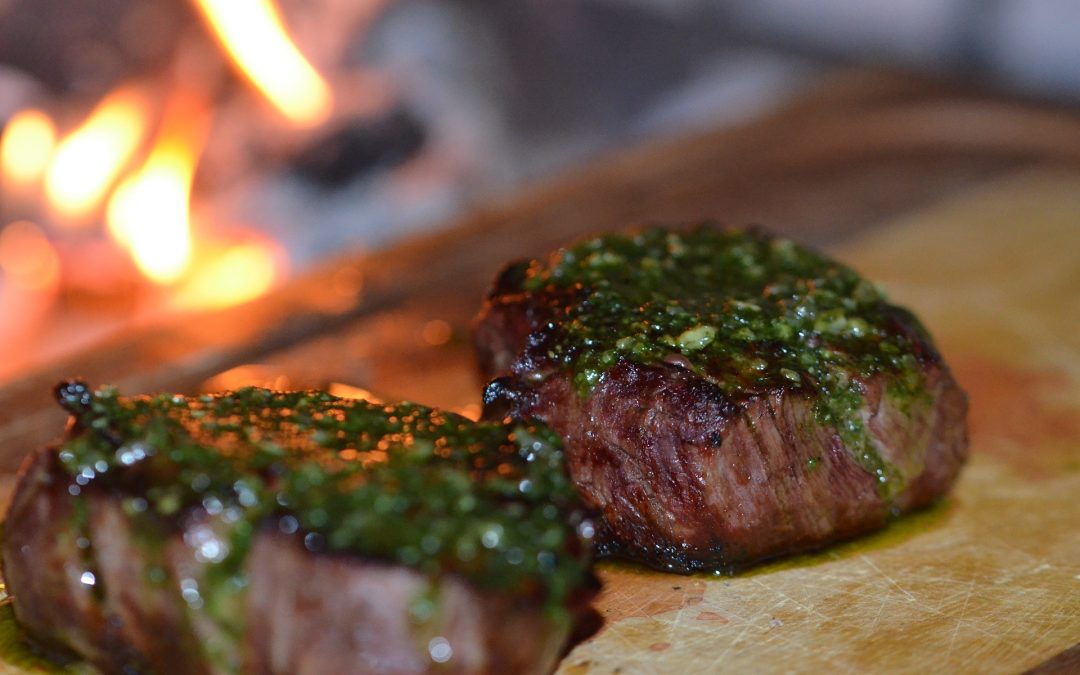 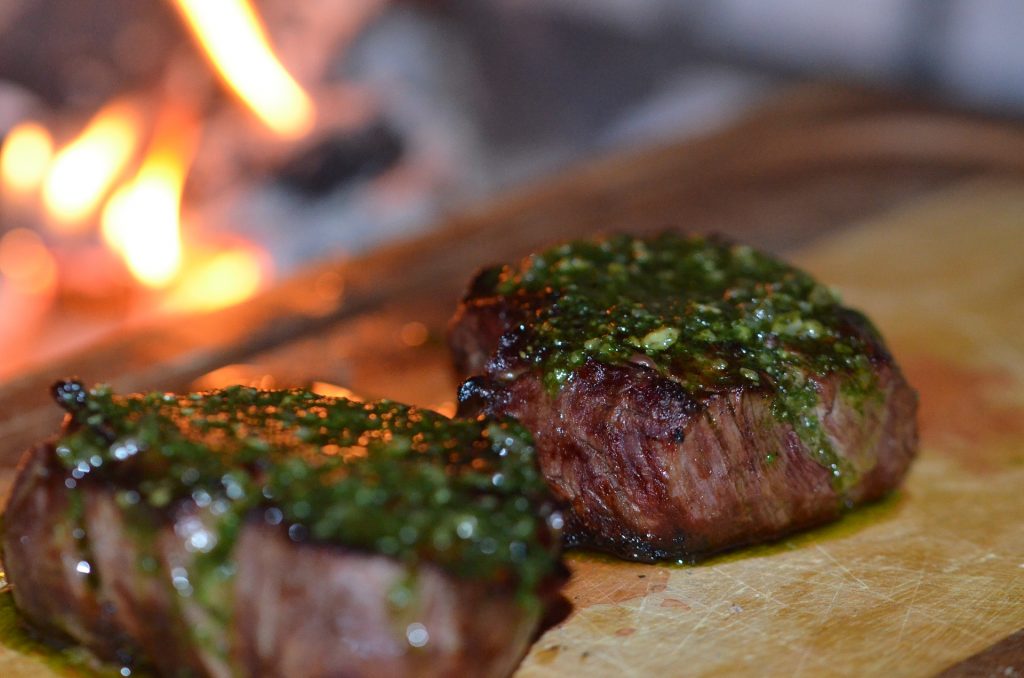 Counting carbohydrates is something the American Diabetes Association (ADA) has recommended for years as a way to “manage” blood glucose levels. It entails setting a limit for the amount of carbs eaten during a meal.

The ADA says carbs are another word for sugars, the main source of energy for the body, and that glucose is one of the simplest forms of sugar to be “digested and broken down into a sugar your body’s cells can use.”1

Whether or not you have diabetes, carb counting may not be necessary — if you eat the right foods. Scientists now believe obesity and metabolic disease don’t occur because of the number of carbohydrates we eat, but the types.

The foods most people eat nowadays are shifting their metabolism, and not in a good direction. Most everything we know about how we should eat propels you toward empty carbs for energy. Most Americans burn glucose as their primary fuel, which prevents their body from burning body fat.

Healthy fat is the optimal fuel because it burns much more efficiently compared to carbs, but that’s not how we’re feeding our bodies. Consequently, many Americans are experiencing a lot of metabolic problems.

It’s time to change the dialogue about how we should be eating, and use food to reverse the deadly trend toward obesity and diabetes.

What Makes You Fat Might Not Be What You Think

There are lots of theories about what macronutrient is responsible for making you fat. First it was too much protein, then fat, and now it’s carbs. Chris Kresser, who teaches alternative medicine and focuses on Paleo nutrition and integrative medicine, says:

“The bulk of the evidence suggests that the quality of food matters a lot more than the quantity of macronutrients — at least for most people. A recent hypothesis suggests that the dense, acellular carbohydrates found in processed foods may be contributing to our epidemic of modern chronic disease.”2

According to the study Kresser cites,3 foods with high carb content promote the development of inflammatory microbiota, which leads, progressively, to leptin resistance, metabolic syndrome and obesity.

Whether your “subgroup” is bodybuilding, weight loss, diabetes or something else, your approach for remedying your current health situation usually varies.

Regardless, when you regularly consume good fats and a small amount of carbs, your body burns fat instead of sugar. In fact, it puts your body in a state of natural fat burn, called ketosis.

One thing to remember is that even small amounts of sugar or refined grains could lead to inflammatory microbiota and leptin resistance.4

A lot of people think the key to weight control is willpower, but scientific studies suggest a hormone called leptin that’s produced by your body’s fat cells may be implicated in the calorie-counting/weight gain conundrum.5 In fact, one study calls leptin the “leading driver of fat gain in humans.”6

Sometimes called the “satiety hormone,” leptin could also be called the “gatekeeper” for your appetite. When you eat the optimal amount of food for your body — as opposed to eating excessively because it tastes good and you want more — your leptin levels rise. The more fat in your body, the more leptin is produced.7

It’s more a matter of what happens in your brain than your stomach — specifically the hypothalamus, which controls when and how much you eat.8

Leptin’s job is to inform your brain when you have enough fat stored and when you can stop eating while continuing to burn calories at a normal rate, as well as regulate the balance of energy.9

“This kind of system is known as a negative feedback loop and is similar to the control mechanisms for many different physiological functions, such as breathing, body temperature, blood pressure and others.”10

Excuse Me, but Did Your Leptin Signal Stop Working?

Obese people carry excess fat in their fat cells and, proportionately to their size, have high leptin levels. The challenge to tackle is: Their brains are supposed to know they already have plenty of energy in storage, but they keep eating. Why?

One review explains that it’s not that the leptin signal stopped working, but that the brain doesn’t recognize it.11 That’s the essence of leptin resistance, “the main biological abnormality in human obesity.”12 Without the signal, your physiology changes two ways:

You’ve seen cases where people lose weight, sometimes significant amounts, only to gain back what they lost and then some. Again, leptin is the culprit, because as your fat decreases, your leptin levels increase. Hunger goes up, you eat more, you have less motivation to exercise and the calories burned at rest go away.13

Studies have deduced that gut inflammation as a result of metabolic changes due to obesity can damage your hypothalamus; your diet and gut microbiota are possible causes, especially for people eating the typical Western diet.

In parts of the world where people eat much as they have for hundreds of years, with little to no influence from Western foods or habits, scientists have discovered fascinating, positive trends in their overall health.

Carbs make up 60 percent to 70 percent of the energy intake for people of Kitava Island, miles from the New Guinea coast. Most of it comes from fruit or tubers with a relatively high glucose index, but their saturated fat intake (now known to be healthy for you, not the so-called “killer” it’s been made out to be) is high, as well.

Still, their fasting insulin and blood glucose levels are lower than the healthiest individuals in Western populations.14 They have lower leptin levels and practically zero cases of diabetes, atherosclerosis or excess weight.15,16

Aché hunter-gatherers in Paraguay and the Shuar tribal people in the Amazon eat a similar diet and have similar health profiles, but when any of the above take a trip to the mainland and begin eating a Western diet they, too, begin gaining weight, their leptin levels go up and they begin developing metabolic syndrome.

Kresser believes that patterning our diets after our ancestors, or the aforementioned hunter-gatherers, would have proven benefits. However, replacing refined grains with the whole variety netted only small health improvements in one study;17 removing grains altogether can have dramatically beneficial rewards.

“In general, the absence of grains and refined carbohydrates in hunter–gatherer populations results in incredibly low incidences of Western diseases like obesity and metabolic syndrome.

Unfortunately, this is the extent of the RCTs (randomized controlled trials) assessing the effectiveness of a Paleo diet — after all, no pharmaceutical or food manufacturer serves to profit from a study that finds that real food prevents disease!

Nevertheless, in these few studies, the effects of a Paleo diet in restoring health are robust.”

Twelve weeks on a Paleolithic diet, eating as much as desired, lowered leptin levels by 31 percent and caloric intake by an average of 25 percent, in one study. Another study showed this diet resulted in reduced weight, waist circumference and glucose intolerance levels in comparison to those eating a diabetic or Mediterranean diet.18

Obesity, Leaky Gut and Other Problems

Gut inflammation is being seen more and more as a basic condition suffered by obese people. It changes your gut microbiota and leaky gut may become an issue.19 According to Kresser:

“A leaky gut allows bacteria and components of bacterial cell walls, like lipopolysaccharide (LPS), to cross the gut barrier.

Termed ‘metabolic endotoxemia,’ this influx of bacterial toxins into the bloodstream launches an inflammatory immune response that is thought to be a major mechanism in the pathology of obesity.”20

In essence, mucus in your gut contains antimicrobial peptides and proteins, and bacteria that eat carbohydrates. Being a lubricant, it cleanly washes the contents down your gastrointestinal (GI) tract but, further down, mucus builds a barrier against good gut bacteria, sometimes trapping pathogens trying to make their way out.

That’s a problem, but a worse one is if your gut bacteria chew a hole right through your intestinal wall, a realistic scenario if you don’t eat enough fiber.

A study at the University of Michigan21 used mice to demonstrate this phenomenon, using human gut microbiome first, chasing it with whole wheat, raw milled corn, oats and whole soybeans (none of which would be my preferred choices for fiber). (For humans, the equivalent would be double the Dietary Reference Intake, aka DRI, of fiber.) Scientific American reported:

“That extreme high-fiber diet helped keep the mucus barrier intact. But in mice that had zero fiber — or the kind of soluble fiber typically added to processed foods — the fiber-eating members of the gut dwindled. Their absence opened up more real estate for mucus-munching bacteria, which boomed in number, and tore through the protective mucus wall — leaving intestinal cells open for microbial attack.”22

Solutions Related to Carbs and Fiber

Sometimes people think carbohydrates are inherently “bad” because the first thing they think of is bread, pasta, white rice, white potatoes and breakfast cereals. These do include unwanted calories and interfere with fat burn. But just like “good fats” and “bad fats,” there are both simple and complex carbs.

Good carb sources include dark leafy greens like spinach and kale; in fact, any vegetable (generally those growing above ground), such as broccoli, cauliflower and green peppers, are good. Beneficial starchy carbs might include yams or quinoa. It’s best to focus on fresh, minimally processed foods that have their carbohydrates encased in cellular compartments, which will not only have a lower carbohydrate density but will also likely be accompanied by lots of beneficial micronutrients.

As for fiber, one of the foremost reasons you need it is to keep your digestive tract moving in the right direction. The George Mateljan Foundation, a not-for-profit online source for optimal food preparation, says it’s a very carefully choreographed muscle movement, and the amount of food you eat helps control the rate at which that happens. Terms for the process include “gastric emptying,” or “regularity.”

Since rate of gastric emptying is related to our blood sugar and blood insulin balance, you can see how helpful soluble viscous fiber can be in steadying the amount of food that begins its passage through the intestinal tract at any one moment in time.”23

One approach to incorporating healthy carbs into your diet is carb cycling, which helps build muscle and shed fat by alternating your carb intake monthly or even daily. The idea is to time it to get the most from the foods you eat.24 Vary your carb intake by reducing them to lose weight, then add them back to build muscle or add in more carbs on training days and lower your intake on rest days.25

Low-carb days can help transition your body to a predominantly fat-based energy system, and up your body’s ability to burn fat and improve metabolically.26 Designating carb days around your workouts might help improve your insulin sensitivity.27