The 8 Primal Cuts of Beef — A Beginner’s Guide 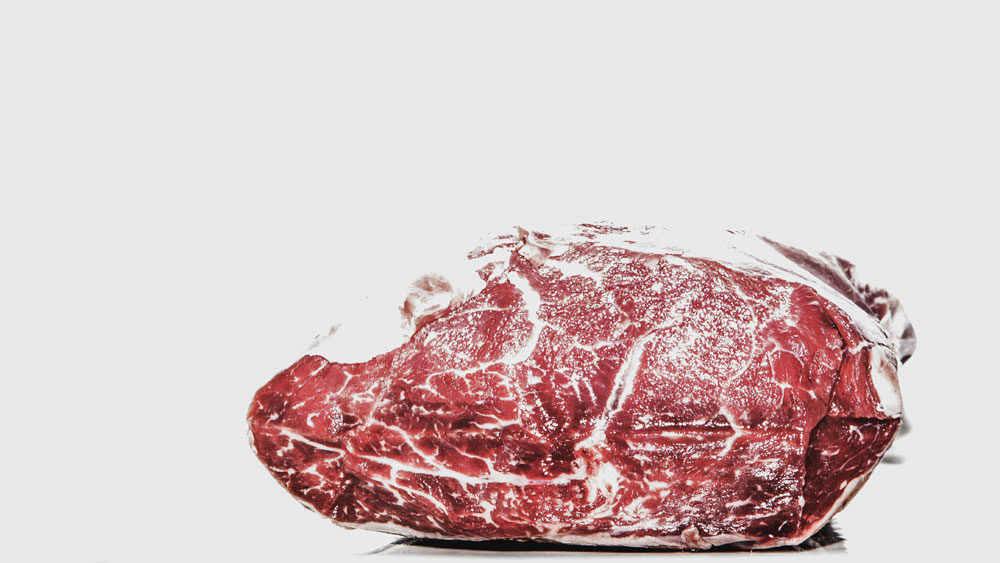 One of the first steps to making smarter choices with beef — whether from your local butcher or other cattle farm, is understanding what cuts come from where on a cow. This helps you understand typical fat content, uses, and get an idea of why some cuts are pricier than others.

There’s a lot of jargon in beef. From hanger steaks to delmonico steaks, there are a lot of terms to remember. Today, we’re going to start with the fundamental 8 primal cuts you need to know.

These are the 8 parts of the cow (steer) that all American butchers organize their cuts from, and if you’re looking to cut your own steaks, save money on volume, buy in bulk for a large gathering, or buy wholesale for a restaurant, this is your first step to understanding the steer.

The 8 primal cuts of beef are:

Let’s break down each of these.

The 8 Primal Cuts of Beef

Within each of the 8 primal cuts are what are known as “sub-primal cuts”. These are just specific names for large parts within each primal cut. Within each sub-primal cut are the “portion cuts”, which are the consumer-facing portions you see in stores.

We’ll cover what each primal cut is and include some of the sub-primal and portion cuts found within each primal. We’ll also provide rough weights and percentages based on a 1,300-pound steer[*].

Chuck is the primal cut that includes the shoulder of the steer and is arguably the most versatile cut. It’s delicious, plentiful, and used in a wide variety of cooking applications.

The chuck primal is rich in meat and marbling, which helps add flavor and tenderize the surrounding meat. Although rich in flavor, chuck cuts are not as tender as the elegant middle steak primals; consequently, they are perfectly suited to pot roasts and braising cooking.

This primal cut is also the most popular source for ground beef, thanks to its rich flavor and its balance of meat and fat. Over half of the chuck is typically harvested for ground beef.

Chuck can be cooked about any way you like. If you’re using chuck ground beef, fire up the grill and have some burgers. If you go with the shoulder center roast, try braising it since chuck can be a bit tougher than other cuts.

The rib primal includes the meat cut from the ribs and backbone of the cow. Rib meat has a distinctive, sought-after flavor and is more expensive than many other cuts.

This primal is the source, as you might expect, for ribs. Although there are 13 pairs of ribs, only ribs six through 12 fall into the rib primal. (One through five are part of the chuck cut and the 13th rib is part of the loin.)

Portion cuts from the rib primal include the ribeye roast and steak, prime rib, the rib short ribs, the ribeye petite steak, and ribeye filet.

Popular cuts like prime rib, short rib, and ribeye steak do best with high, direct heat and short cooking times, but the back ribs are best suited for indirect cooking methods like smoking.

Because this primal is from some of the least-used muscles of the cow, meat from this cut is particularly tender. As a result, these cuts do not require long cooking times and are often the most expensive.

Loin cuts take well to open flame and other direct heat methods. Some of the loin cuts are the priciest cuts on the steer, so we recommend cooking them medium-rare to get the most flavor.

The round is cut from the rear of the cow, including the hind shank and the rump. Because the round is so lean and doesn’t have as much marbling, your cooking method will vary depending on the subprimal cut.

You can slice the round into 5/8 inch thick steaks for country fried round steaks. The round can also be separated into sections or seamed out into the Top, Bottom, and Eye of Round. The top can be cut 1 ½-2 inch thick steaks and makes for a fantastic London Broil, and the Bottom Round is often used for corned beef.

The round’s subprimals are the round tip, top round, bottom round, and rump.

Portion cuts from the round primal include the bottom round steak, eye of round steak, top round roast, and round tip steak.

Best cooking methods for round

Meat from the round tends to be very lean and not as tender — making it best suited for moist cooking. There are exceptions to this: London broil is delicious when grilled, and sirloin tip and sirloin sandwich steaks are light, healthy meats that require minimum preparation times.

The flank is the primal cut just below the loin primal, so it is the “bottom most” primal excluding the little bit of meat you can collect from the shank (legs) of the cow. Flank has been historically cheap but with lean meat on the rise, flank has inflated in price.

Portion cuts from the rib primal are just the flank steak and any ground beef the butcher collects.

This cut requires a bit of love and attention, but it can be worth it. It’s wonderful baked, and make sure you give it a good marinade to tenderize the meat.

The plate primal (also called the short plate) is located under the rib primal, close to the stomach of the cow. The cuts from the plate are slightly tough and therefore better prepared with moist cooking methods. It is generally a cheap cut of meat, and a leaner plate can be used for beef bacon. Most butchers use the plate for ground beef, though.

The plate’s subprimals and portion cuts are one in the same. Since there isn’t a lot of meat in the plate, it is cut directly into portion cuts or ground into ground beef.

Low and slow is the name of the game with the plate primal. This meat is inexpensive, tough, and takes best to moist cooking methods.

The brisket primal is from the front of the animal beneath the chuck primal. It’s essentially the breast meat of the cow. Because cuts from the brisket are among the less tender, they are best suited for moist cooking methods like braising, stewing, and steaming.

The brisket’s subprimals are simply the brisket.

Portion cuts from the brisket primal include the point cut and flat cut.

Brisket is famously delicious but also known to be tough and sinewy. To combat this and unlock the unique meaty flavor of the brisket, you should stick to moist cooking methods like braising, smoking, steaming, and stewing.

Meat from the shank primal is some of the toughest; as a result, most stores and retailers do not offer cuts from this primal. If you do get some, it is great for marrow and lean ground beef, but in general, it is so tough and sinewy it’s difficult to get much more out of it. Other miscellaneous pieces that are sometimes harvested include the kidneys.

The shank’s subprimals include marrow bones and ground beef.

Apart from the bones and a little bit of beef, most retailers don’t sell shank. Beef kidneys are fairly popular, though.

The best use for a shank is to use them to make beef broth or to cook them low and slow in a dish like osso buco. Because shank has such little fat, you’ll need to cook it for a long time to make it worth it. Kidneys are good braised or sautéed.

Don’t settle for anything but the best

Real grass-fed beef is unmatched in texture, flavor, and sustainability. Whether you’re looking to cook up the best steak of your life or smoke up some ribs for your next get together, US Wellness Meats has the highest quality meats in the country.

We also have a selection of world-class primals — allowing you to save money by cutting your own steaks. These are perfect for any serious home chef or restaurant owner.

Remember: the best meals start with the best ingredients.