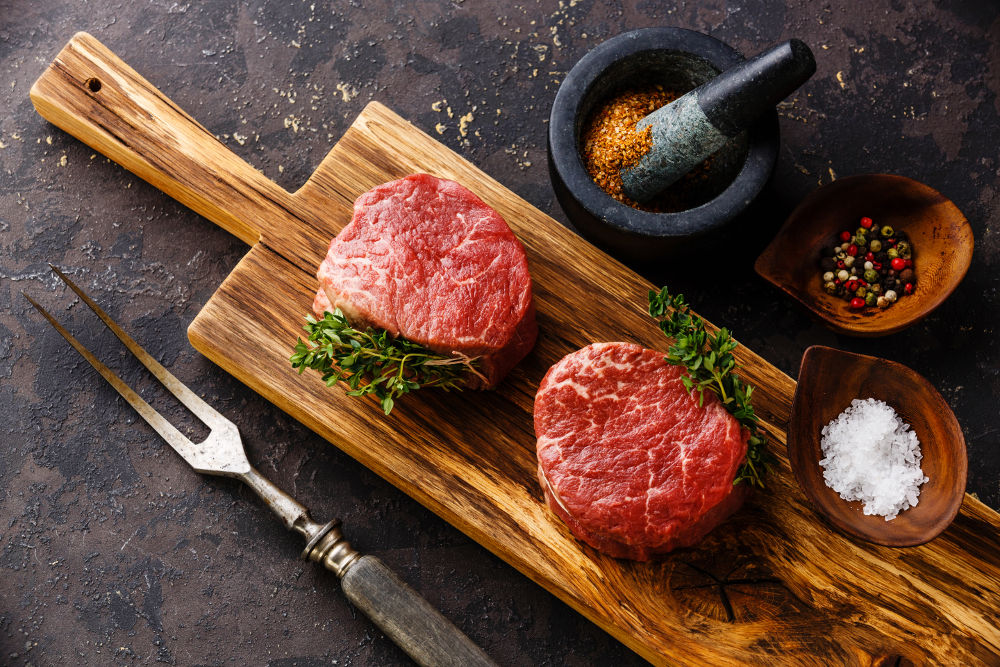 It should come as no surprise that nutrition is a foundational consideration to optimize and maintain cognitive function. It’s well-established that healthy fats such as animal-based omega-3s — especially DHA — are vitally important for brain health, but certain vitamins are also important, and a number of vitamin deficiencies have been linked to impaired cognition, neurological diseases and mental disorders.

Among the most important vitamins for brain health are vitamins B3 (niacin), B6 and B12. For example, two clinical manifestations of pellagra1 — a condition caused by niacin deficiency — are delirium and dementia. Schizophrenia also shares some of the features of pellagra.

The disease originates in your gut and is associated with malnourishment and the “poor man’s diet” consisting primarily of corn products. Other B vitamin deficiencies, including B1, B2, B6, B8 and B12,2,3 can also produce neuropsychiatric symptoms. As noted in a 2016 review of B vitamins and the brain:4

“The B-vitamins … perform essential, closely interrelated roles in cellular functioning, acting as co-enzymes in a vast array of catabolic and anabolic enzymatic reactions. Their collective effects are particularly prevalent to numerous aspects of brain function, including energy production, DNA/RNA synthesis/repair, genomic and nongenomic methylation, and the synthesis of numerous neurochemicals and signaling molecules …

[E]vidence from human research clearly shows both that a significant proportion of the populations of developed countries suffer from deficiencies or insufficiencies in one or more of this group of vitamins, and that, in the absence of an optimal diet, administration of the entire B-vitamin group, rather than a small sub-set, at doses greatly in excess of the current governmental recommendations, would be a rational approach for preserving brain health.”

B Vitamins Support Cognitive Function and Protect Against Dementia

Vitamins B6, B9 (folate) and B12 may be particularly important for supporting cognitive function as you age, and have been shown to play a major role in the development of dementia, including Alzheimer’s disease, which is the most serious (and lethal) form.

A primary mechanism of action here is the suppression of homocysteine,5 which tends to be elevated when you have brain degeneration. As noted by Dr. Michael Greger, research has confirmed that elevated homocysteine “is a strong, independent risk factor for the development of dementia and Alzheimer’s disease.”

Having a serum (blood) level of homocysteine greater than 14 micromoles per liter is associated with a doubled risk of Alzheimer’s. As noted in a 2010 paper:6

“Deficiencies of the vitamins folate, B12 and B6 are associated with neurological and psychological dysfunction … In the elderly, cognitive impairment and incident dementia may be related to the high prevalence of inadequate B vitamin status and to elevations of plasma homocysteine.

Plausible mechanisms include homocysteine neurotoxicity, vasotoxicity and impaired S-adenosylmethionine-dependent methylation reactions vital to central nervous system function. In light of this, it is imperative to find safe ways of improving vitamin B status in the elderly …”

The good news is your body can eliminate homocysteine naturally, provided you’re getting enough B9 (folate), B6 and B12. One study confirming this was published in 2010.7 Participants received either a placebo or 800 micrograms (mcg) of folic acid (the synthetic form of B9), 500 mcg of B12 and 20 mg of B6.

The study was based on the presumption that by controlling homocysteine levels you might be able to reduce brain atrophy, thereby slowing the onset of Alzheimer’s. Indeed, after two years those who received the vitamin-B regimen had significantly less brain shrinkage compared to the placebo group. Those who had the highest levels of homocysteine at the start of the trial experienced brain shrinkage at half the rate of those taking a placebo.

A 2013 study8 took this research a step further, showing that not only do B vitamins slow brain shrinkage, but they specifically slow shrinkage in brain regions known to be most severely impacted by Alzheimer’s disease. Moreover, in those specific areas the shrinkage is decreased by as much as 700 percent, which is rather remarkable.

As in the previous study, participants taking high doses of folic acid and vitamins B6 and B12 lowered their blood levels of homocysteine, decreasing brain shrinkage by as much as 90 percent. Earlier research9 has also pointed out that even subclinical deficiencies in B vitamins may have “a subtle influence on aspects of cognitive performance.” 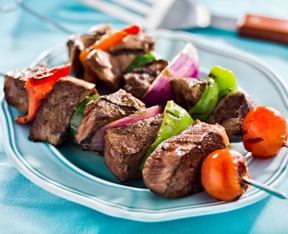 The Link Between Dietary Fiber and Folate Status

Importantly, though, findings such as these also suggest that since elevated homocysteine appears to significantly drive the atrophy process, and those with high homocysteine benefit the most from B-vitamin supplementation, (indicating they were deficient in these vitamins), it seems reasonable to conclude that by avoiding B-vitamin deficiency in the first place, you can minimize age-related brain atrophy.

This is such a simple and inexpensive preventive strategy, it would seem foolish to ignore it. Related to this, research10 also shows that your dietary fiber intake has an impact on your folate status. For each gram of fiber consumed, folate levels increased by nearly 2 percent. The researchers hypothesize that this boost in folate level is due to the fact that fiber nourishes bacteria that synthesize folate in your large intestine.

Yet another way to lower homocysteine is to lower methionine, found in animal protein. While I firmly believe animal protein is an important part of a healthy diet, most Americans eat far more protein than required for optimal health. I’ve discussed this in previous articles, such as “The Very Real Risks of Consuming Too Much Protein.”

The answer, however, is not necessarily a vegan diet. Research11 shows vegans actually have the worst homocysteine levels of all, when compared to omnivores and lactovegetarians. The reason for this is because they’re not getting enough B12, which is primarily found in animal foods.

So, while eating lots of vegetables is important for folate and fiber, you also need healthy amounts of B12 — either from animal foods such as meat, fish, milk, cheese and eggs, or a supplement — in order to maintain healthy homocysteine levels and optimal brain function.

Conditions that inhibit absorption of B12 include pernicious anemia and atrophic gastritis type B, the latter of which is thought to affect as much as half of all people over the age of 60.13 Poor B12 absorption has also been implicated in depression, which is indeed common among the elderly.

B Vitamins Are Also Important for Psychiatric Conditions

Studies also show the importance of B vitamins for the prevention and treatment of psychiatric conditions. For example, in one meta-analysis,14 high doses of vitamins B6, B8 (inositol) and B12 significantly reduced symptoms of schizophrenia — more so than standard drug treatments alone. As reported by Science Daily:15

“Lead author Joseph Firth, based at the University’s Division of Psychology and Mental Health, said, ‘Looking at all of the data from clinical trials of vitamin and mineral supplements for schizophrenia to date, we can see that B vitamins effectively improve outcomes for patients.'”

Vitamin B3 (niacin) has also been successfully used to treat psychiatric disorders such as attention deficit disorder, anxiety, depression, general psychosis, obsessive-compulsive disorder and schizophrenia. You can learn more about its use in my interview with Dr. Andrew Saul, who co-wrote “Niacin: The Real Story” with one of the leading niacin researchers and world authorities on the therapeutic use of niacin, the late Dr. Abram Hoffer. 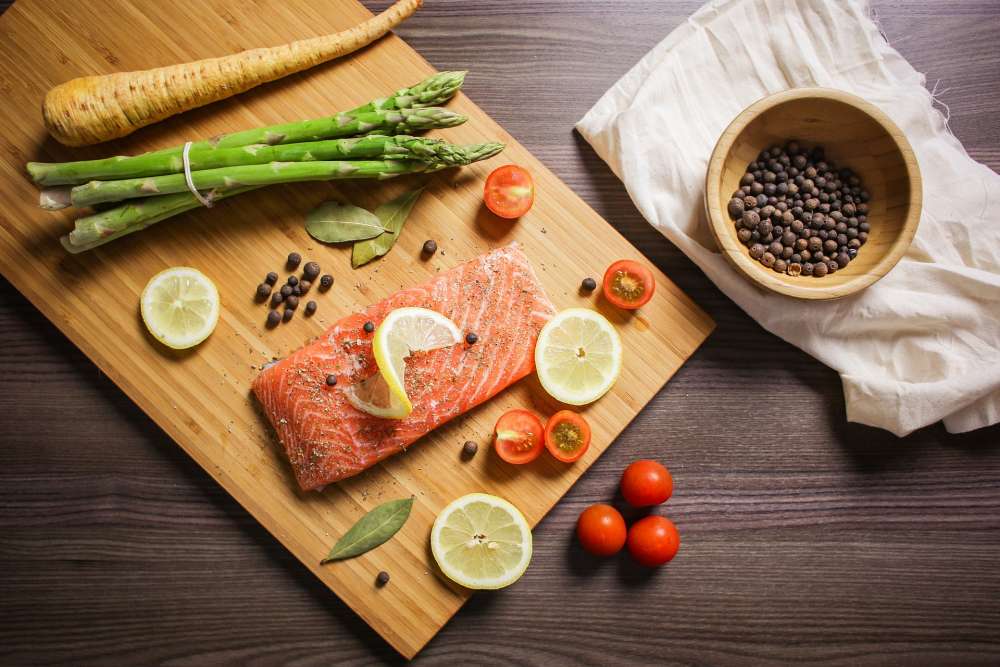 Why B Vitamins Have Such a Powerful Effect on Brain Health

Aside from regulating homocysteine (which takes a toll on your brain structure and function), another reason why B vitamins have such a powerful effect on a wide range of brain disorders and psychiatric conditions has to do with the fact that they:

What’s more, B8 or inositol, specifically, aids cell communication, allowing your cells to properly interpret chemical messages and respond accordingly,16 while B6, folate and B12 (in combination with SAMe) regulate the synthesis and breakdown of brain chemicals involved in mood control, including serotonin, melatonin and dopamine. This is why a deficiency in one or more of these B vitamins can trigger symptoms of depression.

How to Improve Your Vitamin B Status

Mood disorders, cognitive decline and psychiatric problems can have many underlying factors, but addressing your diet is often a good place to start. Not only can nutritional deficiencies wreak havoc with your brain function, your gut health also plays an important role, and toxic exposures from your diet or environment can also contribute.

Ideally, you’d want to address all of these issues. I’ve written extensively about all of them. As for nutritional deficiencies, B vitamins appear to be very important, as are animal-based omega-3, vitamin C and vitamin D.

As a general rule, I recommend getting most if not all of your nutrition from real food, ideally organic to avoid toxic pesticides, and locally grown. Depending on your situation and condition, however, you may need one or more supplements.

To start, review the following listing of foods that contain the B vitamins discussed in this article. If you find that you rarely or never eat foods rich in one or more of these nutrients, you may want to consider taking a high quality, ideally food-based supplement.

Also consider limiting sugar and eating fermented foods. The entire B group vitamin series is produced within your gut, assuming you have healthy gut flora. Eating real food, including plenty of leafy greens and fermented foods, will provide your microbiome with important fiber and beneficial bacteria to help optimize your internal vitamin B production.