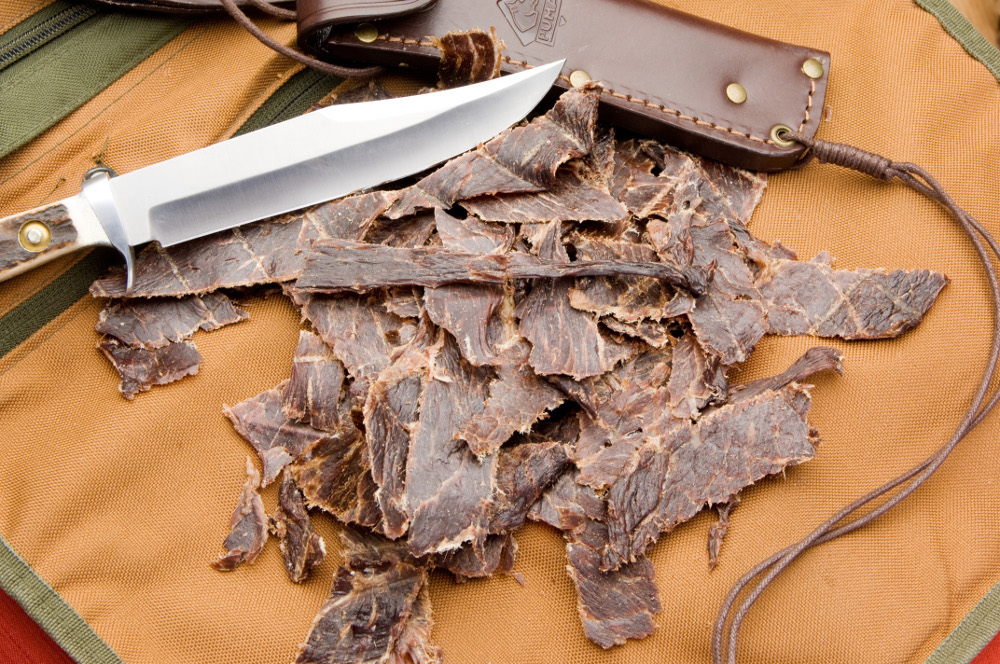 What you eat affects the way you feel, both physically and mentally, and if you’re someone who enjoys snacking on beef jerky from time to time, you should take note. Beef jerky with nitrates added was linked to a host of concerning mental changes, including mania in humans and altered behavior and brain gene expression in rats.1

Beef jerky might seem like an obscure topic for a scientific study, but it’s been growing in popularity in recent years. Sales of meat snacks increased 3.5 percent from 2016 to 2017 to reach nearly $3 billion in sales. That growth rate is more than twice that seen for potato chips over the same period,2 likely because snackers are increasingly looking for more health conscious, nutritious choices.

Beef jerky, while far from a health food (especially in most of its commercial forms), is high in protein, making it a go-to choice for people looking to cut down on processed carbs. There are a number of reasons why you may want to rethink this “healthy” snack, however, starting with its potential effects on your mental health.

Could Beef Jerky and Other Processed Meats Cause Mania?

Mania is a neuropsychiatric condition that causes hyperactivity, insomnia and feelings of euphoria. It’s often seen as part of mental conditions such as bipolar disorder and schizoaffective disorder, and although it may have a genetic component, environmental factors are also thought to play a role. During a manic episode, delusional thinking and risk-taking behavior may occur, leading to multiple hospitalizations.

Up to 3 percent of Americans are estimated to have bipolar disorder, costing $25 billion a year in direct health care costs.3 The featured study, published in Molecular Psychiatry, reviewed health records from more than 1,000 people, some with psychiatric disorders and some without. People who were hospitalized with mania were 3.5 times more likely to have eaten cured meats than people without a history of psychiatric disorders.

Study author Dr. Robert Yolken, the Theodore and Vada Stanley distinguished professor of neurovirology in pediatrics at Johns Hopkins University School of Medicine, said in a statement, “We looked at a number of different dietary exposures and cured meat really stood out … It wasn’t just that people with mania have an abnormal diet.”4

The researchers also fed rats meat preparations with added nitrates, namely “store-bought, nitrate-prepared beef jerky, which led to mania-like hyperactivity and irregular sleeping patterns in the animals, along with alterations in brain pathways that have been implicated in human bipolar disorder and changes in intestinal microbiota. The same results occurred when the rats were fed rat chow with nitrates added, while rats that ate nitrate-free beef jerky or rat chow with no nitrates displayed no such changes.

The amount of nitrate the rats consumed was equivalent to what a human might consume by eating one beef jerky stick or hot dog daily. “Future work on this association could lead to dietary interventions to help reduce the risk of manic episodes in those who have bipolar disorder or who are otherwise vulnerable to mania,” Yolken said.5

“It’s clear that mania is a complex neuropsychiatric state, and that both genetic vulnerabilities and environmental factors are likely involved in the emergence and severity of bipolar disorder and associated manic episodes,” says Seva Khambadkone. “Our results suggest that nitrated cured meat could be one environmental player in mediating mania.” Khambadkone, of Johns Hopkins department of psychiatry and behavioral sciences, also worked on the study, adding:6

“It’s clear that mania is a complex neuropsychiatric state, and that both genetic vulnerabilities and environmental factors are likely involved in the emergence and severity of bipolar disorder and associated manic episodes. Our results suggest that nitrated cured meat could be one environmental player in mediating mania.”

Why Might Nitrate-Laden Processed Meats Disrupt Your Mental Health?

Nitrates in cured and processed meats such as beef jerky, bacon and hotdogs are known to be carcinogenic and have also been implicated in neurodegenerative diseases. The nitrates in processed meats are turned into nitrites by bacteria in your mouth, and then into carcinogenic nitrosamines when they reach your stomach.7

As explained by Gunter Kuhnle, professor of food and nutritional sciences at the University of Reading, U.K., “What makes processed meats so ideal for forming N-nitroso compounds is that they have a combination of nitrite and proteins from the meat. And the meat’s heme seems to help convert them into N-nitroso compounds.”8

“Nitrosamines mediate their mutagenic effects by causing DNA damage, oxidative stress, lipid peroxidation and proinflammatory cytokine activation, which lead to increased cellular degeneration and death,” researchers wrote in the Journal of Alzheimer’s disease.9 These same processes also contribute to neurodegeneration that could influence your mental health. Nitrosamines are also linked to inflammation, a key player in cancer and other diseases that has also been implicated in manic episodes.

“We think the key is probably inflammation,” Yolken said in a news release.10 Gut microbiota is another primary suspect, as the rats that ate nitrates had different bacterial strains in their guts than the other animals. “There’s growing evidence that germs in the intestines can influence the brain,” says Yolken. “And this work on nitrates opens the door for future studies on how that may be happening.”11

Your Gut Holds a Key to Your Mental Health

What you eat can make or break your gut health, which in turn plays a part in your brain health — and nitrate-rich processed meats are in the category of what NOT to eat for good gut health. Dr. David Perlmutter, author of “Brain Maker: The Power of Gut Microbes to Heal and Protect Your Brain for Life,” stated:

Separate research conducted by Yolken and colleagues, involving 56 people with schizophrenia, revealed that taking beneficial bacteria, or probiotics, supplements for two weeks not only significantly reduced levels of Candida yeast (which tend to be elevated in people with this disorder) in men but also led to an improvement in psychiatric symptoms.12 It’s now known that your gut is connected to your brain via what’s called the gut-brain axis, which means whatever affects your gastrointestinal tract affects your brain, and vice versa.

As such, when your gut microbiome is unbalanced, it can affect your immune system, mental health, mood and more. Probiotics have even been shown to help reduce the symptoms of depression and alter behavior and feelings of anxiety. One small study involving adults diagnosed with irritable bowel syndrome (IBS) and depression found the probiotic Bifidobacterium longum provided depression relief.13

Another type of bacteria, lactobacillus, has been shown to reduce anxiety in animal studies,14 while taking a probiotic with eight different bacterial strains reduced aggressive and ruminative thoughts in a study of adult volunteers.15,16

Some Nitrates Are Good for You

While the nitrate-laden processed meat is a health hazard, nitrates from plants are quite good for your health. Plants contain antioxidants (such as vitamin C and polyphenols) that impede the formation of harmful nitrosamines. The presence of these compounds help to ensure that the nitrates are converted into beneficial nitric oxide (NO) once they reach your stomach rather than harmful nitrosamine compounds.

Most plant foods are also not cooked or fried at high temperatures, an important distinction since nitrates are also more prone to converting into carcinogenic nitrosamines when heated. Plants rich in naturally occurring nitrates, such as arugula, rhubarb and beets, are excellent dietary additions to boost NO, which in turn promotes healthy endothelial function and heart health by dilating your blood vessels, helps maintain physiological homeostasis, suppresses inflammation and promotes angiogenesis, the formation of new, healthy blood vessels.

NO is also beneficial for your brain, as it boosts brain neuroplasticity by improving oxygenation of the somatomotor cortex (a brain area frequently affected in the early stages of dementia).17 If you do eat processed meats containing nitrates, having a healthy gut is still important, as research suggests beneficial bacteria help break down nitrosamines, while bad gut bacteria increase nitrosamine production.18

In other words, there appears to be a very intimate relationship between dietary nitrates and various gut bacteria. It can either work to your advantage, such as when you combine probiotics with nitrate-rich plant food, or against you, such as when you eat beef jerky or other processed meats with added nitrates.

Much more remains to be discovered about the link between processed meats and mania, but there’s plenty of evidence already on the table to make you think twice about eating these foods with any regularity. In fact, the American Institute for Cancer Research (AICR) has long recommended avoiding processed meats entirely and states “there is no safe threshold” for eating them.19 For instance:

In addition to the nitrates (and related nitrosamines), processed meats typically come from concentrated animal feeding operations (CAFOs) and are cooked at high temperatures, further compounding their health risks. If you choose to eat processed meat, you can somewhat minimize the hazards by choosing organic, nitrate-free varieties made with grass fed meat.

All Natural, Sustainably Raised On Family Farms Delivered Right To Your Door!