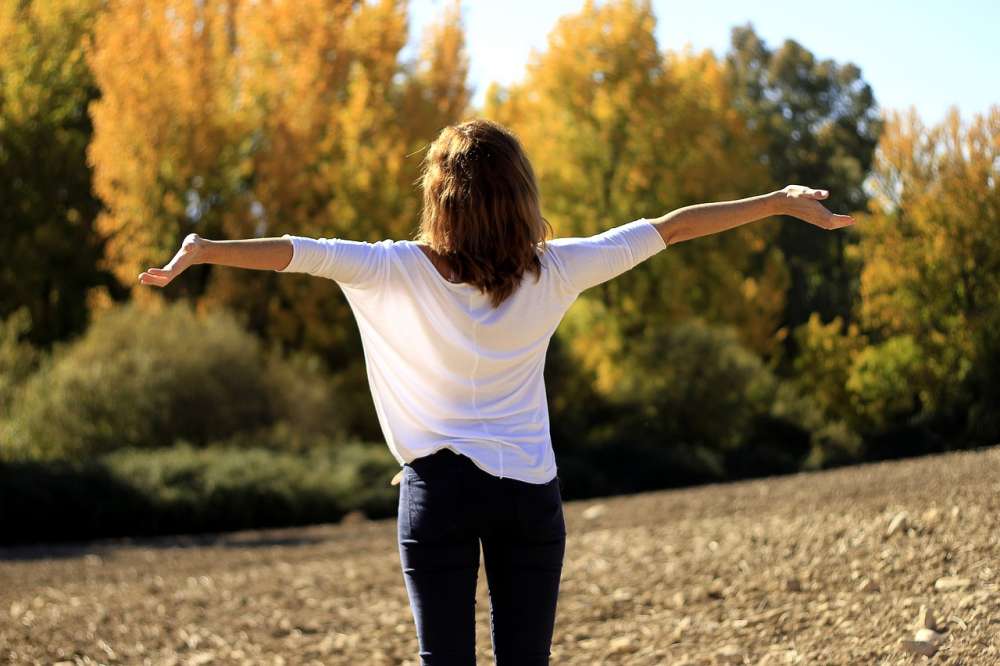 According to the American Academy of Allergy Asthma and Immunology,1 8.3% of children in the U.S. had asthma in 2016. Centers for Disease Control and Prevention (CDC) statistics2 suggest approximately 1 in every 12 people have asthma, including adults.

Boys have a slightly greater risk than girls.3 The cost of asthma in children aged 5 to 17 included 13.8 million days of school lost and a median cost of $983 per year. Children younger than 4 years were less likely to have asthma, but when they had an attack they were more likely to require emergency care.

The economic burden of asthma, including medical cost, lost work and school days and mortality was $81.9 billion in 2013 — the latest year available for these statistics — for children and adults combined.4 The annual per person cost was $3,728.

Your life depends on the air you breathe, and the quality affects your respiratory system and overall health. The World Health Organization (WHO) estimates 92 percent of the world breathe polluted air.5

In this study, researchers from Johns Hopkins Medicine8 gathered data from 135 children, aged 5 to 12, diagnosed with asthma. Roughly one-third of the children had mild symptoms of asthma, one-third had moderate and one-third had severe symptoms.

The researchers used the definition of asthma severity based on the National Asthma Education and Prevention Program guidelines,9 which defines severity based on symptoms, inhaler use and forced expiratory volume, or how well the lungs forces air out.

The study10 gathered evidence through questionnaires, compiling data on diet, symptoms and inhaler use reported by the participants and the caregivers.11 Surveys were taken for one week at the time of enrollment, at 3 months and 6 months into the study. Participants also had blood samples drawn at those times to assess changes in inflammatory markers, and equipment was left in the home to measure air quality.

Measurements in the participants home found PM2.5 measured 26.8 micrograms per cubic meter (mcg/m3). The EPA standard for outdoor air is 12 mcg/m3. The average concentration for PM10 was 39 mcg/m3. Additionally, dietary analysis revealed that each additional gram of omega-6 intake was associated with a 29% increased risk of moving into a more severe asthma category.

Every increment of 10 mcg/m3 of PM2.5 the children were exposed to also increased the risk of daytime asthma symptoms by 2%. Essentially, the researchers found higher levels of omega-6 in the diet were associated with an increased percentage of neutrophils being generated in response to pollution.13

Neutrophils are a type of white blood cell linked with inflammation. Dr. Emily Brigham, pulmonologist from Johns Hopkins University, was lead author of the study. She points out that while the role of omega-6 is complicated, some metabolic by-products, such as leukotrienes,14 are known to be responsible for the inflammatory response in children suffering from asthma.15

Conversely, children who had a higher intake of omega-3 had a lower response to indoor particulate matter and seemed to be more resilient. The typical American diet is much higher in omega-6 fats than omega-3, which was also true in every child participating in the Baltimore City study.16

This study adds to a growing body of evidence suggesting dietary intake has an influence on your body’s response to air pollution. For example, a recent study published in the American Heart Association Journal Circulation, found:17

Another study18 found supplementation with antioxidants helped modulate the impact of air pollution exposure on small airways in children who already had a diagnosis of moderate-to-severe asthma.

In yet another recent double-blind, placebo-controlled crossover study19 involving adults, researchers assessed the effect of daily vitamin E supplementation for 14 days on the inflammatory features of asthma. Compared to placebo, vitamin E resulted in a greater reduction of asthma features.

According to the Mayo Clinic, asthma is a condition during which your airways swell, narrow and produce extra mucus. This makes breathing difficult and often triggers coughing, wheezing and shortness of breath. Symptoms may vary from person to person, as well as frequency of the attack and severity of the symptoms.20 Many sufferers are able to identify triggers, or the environmental factors increasing the risk of experiencing a flare-up.21

Common triggers include environmental irritants such as chemical fumes, gases, dust or perfumes, and airborne substances such as pollen, mold and dried saliva shed by pets. Others may experience more symptoms when exercising in cold dry air. Asthma is a chronic lung condition that may affect all ages, but usually starts during childhood.22

In some cases, the symptoms are mild and will go away on their own or after minimal treatment. In other cases, during an attack or flare up, you may need additional treatment in an emergency care setting.

Diagnosis is made on your medical history, physical examination and some test results, including measurements of how much air you breathe in and out and testing to measure how your airways react during exposure to physical activity or cold air. If your physician suspects your asthma is related to allergies, they may recommend allergy testing.23

A chest X-ray or EKG may be ordered if your physician suspects a foreign object or another health condition may be triggering symptoms. Although the condition is chronic and is manageable, it may also be serious and life-threatening during a severe attack.24 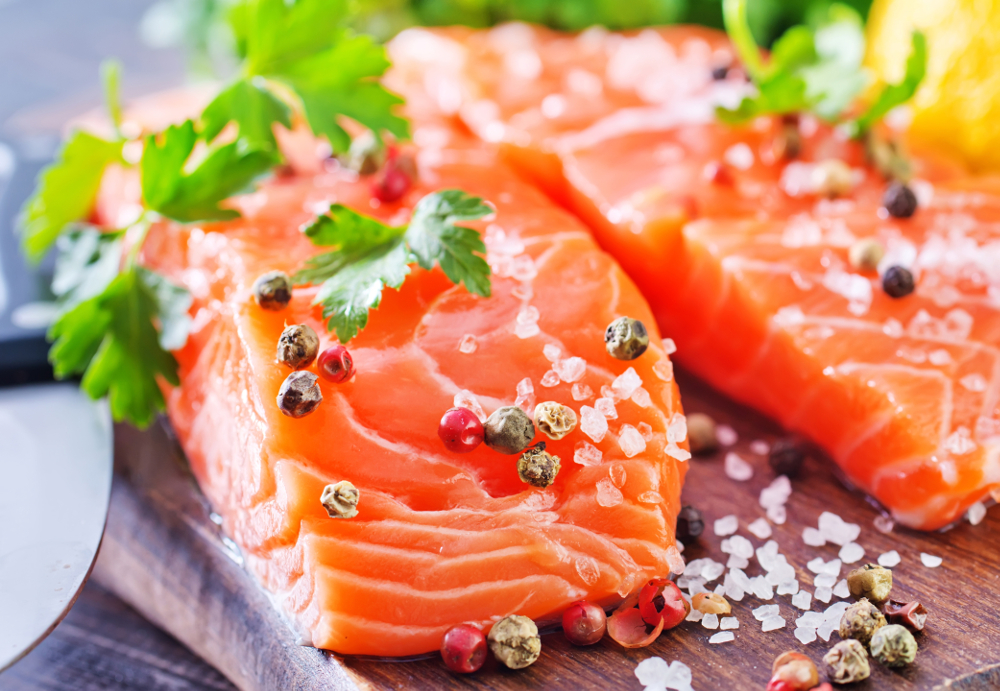 Children are exposed to polluted air inside and out. According to WHO,25 98% of children in low- and middle-income countries under age 5 are exposed to PM2.5 pollution at levels higher than WHO air quality guidelines. Children are most vulnerable as their bodies are developing, placing them at risk from inflammation and other health damage from pollutants. They also have a longer life expectancy, giving more time for diseases to emerge.

From an analysis of studies published in the last 10 years, and the input from dozens of experts, the WHO lists some of the top health risks pollution poses to children,26 including infant mortality, childhood obesity, impaired lung development and function, childhood cancers and adverse birth outcomes.

In addition to short-term symptoms with exposure to indoor air pollution, including27 worsening asthma, headaches, dizziness and fatigue, chronic exposure may result in serious health conditions, including:28,29,30

Omega-3s are polyunsaturated fats (PUFAs) your body is unable to manufacture, hence you must obtain them from your food. They are used in a wide variety of bodily functions, including proper cell division and function of cell receptors, muscle activity, cognition and heart health.

Importantly, the marine-based omega-3 fats docosahexaenoic acid (DHA) and eicosapentaenoic acid (EPA) — two long-chained PUFAs found in fatty fish and krill oil — are actually cellular components, which make them crucial for optimal functioning of cells and mitochondria. These are not available in plant based foods.

DHA is particularly important for your brain, as about 90% of the fat in your brain is DHA,36 while EPA appears to be of particular importance for heart health.37 Research funded by the National Institutes of Health (NIH) once again highlights the importance of your omega-3 level to your heart health and overall well-being.

The study, published in the Journal of Clinical Lipidology,38 looked at the value of measuring blood levels of EPA and DHA to assess your risk for developing certain diseases. The data revealed a higher omega-3 index was associated with a lower risk for:

However, as demonstrated in the featured study, the balance of a standard American diet leans heavily toward omega-6 fat found in vegetable oils. Processed foods — everything from French fries to frozen meals and salad dressings to snack foods — are generally loaded with omega-6, due to the vegetable oils used to make them.

Science supports the need for a correct balance of omega-3 to omega-6 fats to be your healthiest. Most consume far too many omega-6 fats, which tend to trigger inflammation when consumed in excess. Ideally, you want to maintain a 4-to-1 ratio of omega-6 and omega-3 fats or less, which is nearly impossible if you’re regularly eating processed foods or restaurant fare.

Protect Your Health With Cleaner Air

Some of the most common pollutants and toxic particles found in your home may be released from building materials, cleaning products and your furniture. For instance, formaldehyde may be used in the production of wood products, mattresses, nail polish, and glue and adhesives.

Regardless of where you live, you’ll likely benefit from addressing indoor air quality. Not only will you reduce the risk of developing chronic health conditions, research shows improving air quality may also benefit your mental health by reducing psychological stress.39

Modern buildings are also more airtight, for energy efficiency purposes, and need to be properly ventilated to prevent or reduce the buildup of indoor air pollution.40 You’ll find a list of cost-effective and simple strategies to help significantly reduce your health care costs in the long run in my previous article, “Reduce Indoor Air Pollution.”

Animal-based omega-3s are your best source for this essential fat. There are three strategies to get more of it into your daily diet. However, each has advantages and disadvantages.

•Fish — Small, cold-water, fatty fish such as anchovies and sardines are an excellent source of omega-3 with a low risk of hazardous contamination. Wild Alaskan salmon is another good source low in mercury and other environmental toxins.

Because much of the fish supply is heavily tainted with industrial toxins and pollutants, including heavy metals such as arsenic, cadmium, lead, mercury and radioactive poisons, it is extremely important to be selective, choosing fish high in healthy fats and low in contaminants.

•Fish oil — While fish oil may appear to be a convenient and relatively inexpensive way to increase your intake of omega-3 fats on the surface, it typically delivers insufficient antioxidant support. It is also highly prone to oxidation, leading to the formation of harmful free radicals.

•Krill oil — Krill oil is my preferred choice as an omega-3 supplement as it contains the indispensable animal-based DHA and EPA omega-3s your body needs in a form less prone to oxidation.

With the help of phospholipids, the nutrients in krill oil are carried directly to your cell membranes where they are more readily absorbed. Additionally, they may cross your blood-brain barrier to reach important brain structures.

While you may be tempted to seek your omega-3 fats from the following sources, mainly because they are readily available and perhaps less costly than the sources mentioned above, I strongly advise you avoid: