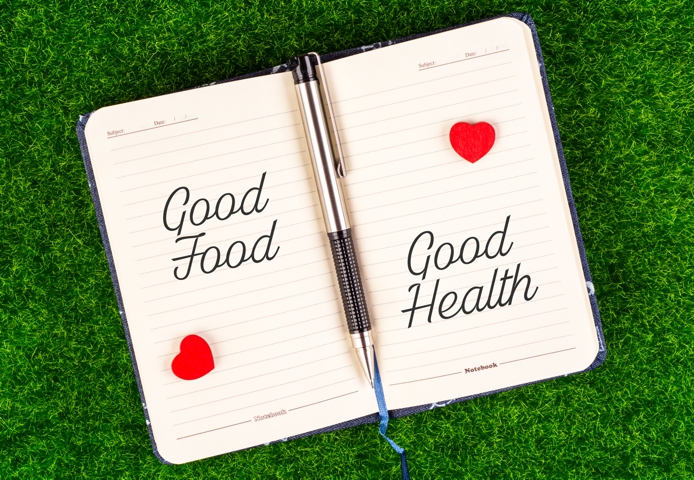 Manganese is an essential trace element you must get from your food as your body cannot make it. However, evidence demonstrates that genetically engineered glyphosate-resistant plants are deficient in manganese, which translates to a manganese-deficient food supply.

Your body absorbs manganese in the small intestines, after which some is stored in the tissue. Approximately 25% to 40% of the manganese in your body is stored in bone tissue. Your body uses regulatory control through absorption and excretion to maintain stable concentrations.

Glyphosate was first approved in the U.S. in 1974 and subsequently introduced into crops. To date, the Environmental Protection Agency lists “no risks of concern to human health from current uses of glyphosate” on their website.2 Contrary to independent researchers and statements by the World Health Organization, they also say there is “no indication that glyphosate is an endocrine disruptor”3 and “no evidence that glyphosate causes cancer in humans.”4,5

What agricultural experts have discovered is that glyphosate does limit plant absorption of micronutrients like manganese.6 Soybean growers are familiar with yellowing of glyphosate-tolerant beans after application, also known as “yellow flash.” Glyphosate chelates with manganese, causing a deficiency within the plant and the resulting yellow leaves.

Researchers used field experiments from 1999 to 2001 to evaluate ways of reducing the impact on plant growth using liquid formulations of manganese.7 What they found in the early studies was that adding manganese into the herbicide solution reduced the effect of the herbicide on weed control. To overcome the reduced control, they experimented with larger applications.

The primary endpoint in the study was weed control and not the effect additional herbicide might have on plant growth or the safety of the soybean yield. In these field studies, the addition of manganese reduced weed control but did not influence soybean yield.8

According to the National Institutes of Health,10 manganese can be found in a wide variety of food types, including seafood such as clams, oysters and mussels. Agricultural crops that may be rich in manganese include soybeans, leafy green vegetables, coffee, tea and whole grains. Unfortunately, the list of agricultural crops is also commonly sprayed with the popular herbicide glyphosate.

The Environmental Working Group’s (EWG) Dirty Dozen for 202111 — a list of foods that contain higher levels of pesticides than others — includes spinach, kale, collard and mustard greens. They reported that more than 90% of the samples of leafy greens tested positive for two or more pesticides.

One sample of kale, collard and mustard greens tested positive for up to 20 different pesticides and spinach had 1.8 times more pesticide residue by weight than the other crops that were tested.

According to the University of Tennessee Extension,12 glyphosate, which is found in Roundup and other herbicides, is allowed in most vegetable plants. A greenhouse experiment from Sabanci University, Turkey,13 found applications of glyphosate reduced the concentration of calcium, magnesium and manganese, particularly in young leaves.

At plant maturation, the seed concentrations of calcium, magnesium, iron and manganese were significantly reduced by glyphosate, suggesting the herbicide interferes with the uptake and translocation of the minerals. Ultimately this affects seed quality and future crops.

Even your coffee and tea likely test positive for glyphosate. The herbicide is commonly used on coffee plantations to control weeds14 and testing has also found it in tea leaves.15

According to the National Wheat Foundation,16 33% of wheat fields in the U.S. have had glyphosate application. Yet, a study17 commissioned by EWG found glyphosate in over 95% of oat-based food samples and in all of the wheat-based foods that were tested, including dried pasta and cereals.

A study from Canada18 listed food items with the highest percentage of glyphosate in the samples tested, including 90% of pizza, 84% of crackers, 73% of couscous and 67% of lentils.19

Since agricultural use of glyphosate is popular, it is difficult to avoid consuming foods contaminated with the herbicide unless you are seeking out organically grown and locally sourced produce, as well as steering clear of processed foods. As I said, manganese is required in small amounts but is essential for multiple functions.

One paper reported on an animal study in which cows were fed Roundup Ready feed. The animals developed a severe deficiency in serum manganese.20 Signs of manganese deficiency in animals can include impaired growth and reproductive function, altered carbohydrate and lipid metabolism, impaired glucose tolerance and skeletal abnormalities.21

In humans, manganese has a significant impact on physiology and gut dysbiosis. Since it is integral to many physiological processes it also influences neuropathologies such as Alzheimer’s disease, anxiety, Parkinson’s disease, depression and prion diseases.22

In some neuropathology, such as autism and Alzheimer’s disease, glutamate overexpression within the central nervous system can be explained by a manganese deficiency. Oxidative damage and mitochondrial dysfunction may result in a reduction of manganese superoxide dismutase, which functions to protect mitochondria from oxidative damage.

A deficiency in manganese may also lead to osteoporosis and osteomalacia since the synthesis of chondroitin sulfate is dependent on the presence of manganese. Lactobacillus, a beneficial bacterium in the gut microbiome, is dependent on manganese for antioxidant protection. A reduction in Lactobacillus in the gut is associated with anxiety,23 autism24 and chronic fatigue syndrome.25,26

Infertility rates and birth defects may also be affected by manganese deficiency since sperm motility is dependent on the essential element.27 However, even when there are optimal levels of manganese in the body, some researchers believe that glyphosate can promote toxic accumulation in the brainstem that ultimately leads to Parkinson’s disease and other prion diseases.28

Can You Get Too Much Manganese?

As stated, manganese is an essential element, but the body requires a specific balance for optimal health. In other words, you can have too little, but you can also get too much. In one study29 from a population-based sample of healthy Chinese men in six provinces in China, researchers found those who had a high serum manganese level appeared to have harmful effects on their sperm motility and morphology.

In several regions throughout Canada, the groundwater had naturally high levels of manganese, which triggered the question of whether this potentially neurotoxic element could affect the cognition of children living in the area. A research team from the University of Quebec, Montreal, Canada,30 studied children who had been exposed to high concentrations of manganese in their drinking water.

One of the researchers explained, “We found significant deficits in the intelligence quotient (IQ) of children exposed to a higher concentration of manganese in drinking water. Yet, manganese concentrations were well below current guidelines.”32

Until this study in 2010, manganese was not on a list of inorganic substances that were being tested in drinking water. More recently, a paper published in the Journal of Biological Chemistry33 demonstrated that alterations in manganese homeostasis could alter neurological physiology and cognition, either through overexposure or insufficiency.

It is unlikely you would be overexposed to manganese unless, like the children in Quebec, your drinking water is contaminated. Other overexposures can come from working in mines and welding environments,34 having iron deficiency anemia35 or chronic liver disease,36,37 since the liver is responsible for filtering excess manganese in the body.

Glyphosate Damages Health in Many Ways

If there has been one thing that the events of 2020 have taught us, it is that we must fully evaluate the information being communicated to us over mainstream media. Each health and wellness decision may have an impact on your ability to withstand severe COVID-19 or the new iterations being considered in laboratories around the world. Exposure to glyphosate is one of those decisions.

Scientific evidence has demonstrated the highly damaging effects of endocrine disruption38,39,40 this ubiquitous chemical has on humans and other mammals, as well as the impact it has on plant health, food supply and your future.

In my interview with senior research scientist Stephanie Seneff, “The Troubling Role of Glyphosate in COVID-19,” we discuss the critical part glyphosate has played in the past years in overall health and during the current global pandemic. One of the issues has been the way in which your body may sometimes substitute glyphosate for glycine in the construction of proteins.

This leads to proteins that don’t function. Monsanto’s own research dating to the late 1980s showed that glyphosate accumulates in a variety of tissues, even though they claim it does not.41 Instead, the researcher proposes that “A significant portion of total sample radioactivity was found to be incorporated into proteins.” The result is a distorted protein that can’t work the way it’s supposed to.

Another compound in the body that is like manganese in the way it is essential in the right amount and toxic in excess amounts, is deuterium. In normal physiology, your mitochondrial cells help remove deuterium, which is a naturally occurring isotope of hydrogen.

Tips to Reduce Your Glyphosate Exposure

Seneff and I discussed several ways in which glyphosate can affect your health and the overall function of your body. To reduce your potential risk of a manganese deficiency and the resulting neurological damage, the answer is to eat certified organic or biodynamically grown foods whenever possible.

Seneff is committed to buying only certified organic foods and related in the interview that she has seen health improvements since she and her family began doing that. Other dietary recommendations to help mitigate the risk of glyphosate toxicity including eating or drinking more:

To help “push” glyphosate out of your body and mitigate its toxicity, you can take an inexpensive glycine supplement. I take between 5 and 10 grams a day. It has a light, sweet taste, so you can use it as a sweetener. Seneff agreed in our interview, saying:

“It makes sense because it’s basically going to outnumber the glyphosate molecules. Remember, glyphosate’s going to compete with glycine in building the protein. If there’s a lot of glycine around, then it’s much less likely that glyphosate will get in there.”