Macro vs Micro Nutrients and Why We Need Both

Anyone interested in eating healthy foods for optimal nutrition may have read up on the subject, but still find certain terms to be a little ambiguous. The differences between macro and micro nutrients is a perfect example. You need at least a small amount of micronutrients and quite a bit of the macro kind.1 Both are needed for the aforementioned optimal nutrition, but they’re also necessary for survival.

While macronutrients are important for everyone, they play an especially crucial role for anyone trying to build muscle, gain weight or those involved in vigorous exercise.2 Just like plants, the human body needs balanced nutrition, especially in the critical development stages infants and children are going through, but there also must be a sustained intake through adulthood.

Each plays several roles, such as energy storage, acting as cofactors for enzymes, participating in electron transferring and in the formation of carbon compounds.

At the Laboratory of Neurosciences at the National Institute on Aging, one review4 outlined evidence from epidemiological studies suggesting that dietary phytochemicals, many of which are micronutrients, may protect against certain cancers, as well as inflammatory and cardiovascular diseases. They’re also beneficial to your nervous system. Consumed regularly, they may prove neuroprotective, decreasing Alzheimer’s and Parkinson’s disease risks.

Macronutrients in a Nutshell

Macronutrients make up the biggest percentage of foods we eat, made up of:

Proteins, carbohydrates and fats fall into the macro category. Broken down, here’s why each is important: 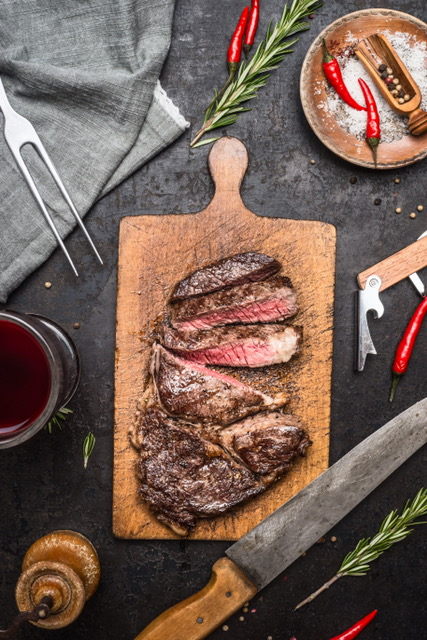 These are all examples of what should make up 50 percent to 85 percent of your daily calories. Good fats protect your organs, help your body absorb vitamins from other foods and improve both brain and overall function. Natural Balance Food explains:

“The three macronutrients all have their own specific roles and functions in the body and supply us with calories or energy. For this reason, the body requires these nutrients in relatively large amounts to grow, develop, repair and feel good! Each macronutrient is almost always found in every item of food, whether that’s a healthy snack bar or a raw vegetable.

The only difference is how the macronutrients are balanced. As an example, the nutritional composition of an avocado is generally made up of 75 percent (good) fats, 20 percent carbohydrates and 5 percent protein, therefore this is clearly a fat-based food. On the other hand a banana consists of 95 percent carbohydrates, with only small amounts of protein and fats.”5

The takeaway is that for all three, proportion is everything. Otherwise, you leave yourself open to disease. Bonfire Health has a good way of explaining why it’s important to eat balanced meals that include several types of foods to get the greatest spectrum of nutrients. In addition:

“Your body has the amazing ability to take the foods you eat and turn them into you. How incredible is that? Whether you eat an apple, a steak or a kale salad, your amazing body is able to break that food down into its chemical parts and reassemble those parts into your cells and the energy you use all day.”6

Micronutrients are the vitamins, minerals, trace elements, phytochemicals and antioxidants that are essential for good health. You don’t need a lot in comparison to macronutrients, but without them, health problems will eventually occur. It’s one reason why you see so much disease and malfunction in so many people today; diets are often sadly deficient in the most basic but critical nutrients. When you see the micronutrients list, you’ll find most are very familiar; others you may have never heard of. Here they are in alphabetical order:

Micronutrients can be found in a wide variety of healthy foods, from vegetables and fruits to grass fed meats, raw nuts, wild-caught fish, eggs and raw organic grass fed dairy products. Unfortunately, some micronutrient-containing foods require precautionary measures, particularly those that are heavily processed. In addition, fruits and vegetables are sometimes grown in ways that make them less than they once were, nutritionally, and the balance of nutrients consumed is often skewed.

Proper Balance of Micro and Macro Nutrients, With Caveats

Protein is good, but too much is not, as an excess is implicated in early aging. Further, processed meats often contain nitrites, considered carcinogenic. The potential problem involved with protein is that, at least in the U.S., many people eat way too much. Studies caution that those who get 20 percent or more of their calories from protein per day have a 400 percent higher cancer rate and a 75 percent higher risk of premature death, compared to those who consume only 10 percent.7

In regard to eating fish, it’s important to note that mackerel, herring, anchovies, sardines and wild-caught Alaskan salmon are among the healthiest-to-eat fish, having the lowest toxic load (such as mercury and chemical toxins, plus others may be genetically engineered) and highest amounts of beneficial omega-3.

Legumes introduce another conundrum to watch for: lectins, many of which are inflammatory, neurotoxic, immunotoxic and cytotoxic. They’re also found in wheat and other products of the grass family. As Bonfire Health notes:

“Your body is only as amazing as the material it has to work with. The quality of the food you put into your amazing body has a huge impact on your health. An apple is not just an apple, nor is a steak just a steak …   Depending on where your food was grown, or how your meat was raised, the quality of its macro and micro nutrients can be incredibly different.”8

How Bad Has Nutritional Deficiency Gotten in Recent Decades?

Thirty, 40 and 50 years ago, the most serious threats to health involved catastrophic drought, epidemics and deadly diseases that turned into epidemics. Those are all certainly a factor in today’s world, but chronic disease has escalated to become the No. 1 health crisis worldwide. According to the World Health Organization (WHO):

However, other statistics prove that optimal nutrition — which would include a balanced ratio of macro and micro nutrients — would make a major difference in tipping the scales, so to speak, in the abysmal health of the planet as a whole.

Besides making necessary lifestyle changes such as stopping the habits of smoking and excess alcohol consumption, by engaging in regular physical activity and daily movement and changing unwise dietary habits for the better, a major impact can be made in physical health in a relatively short time.

In the mix of macro versus micro nutrients, don’t forget that just because you don’t need that much, the micro end of the equation is vitally important to stave off disease and chronic disorders. BlenderBottle notes that micronutrients:

“Aid in the production of enzymes, hormones, and proteins that are critical to body and brain function, and help with the regulation of metabolism, heartbeat, and bone density, among other processes. Micronutrient deficiencies can cause significant, lasting health problems, both physically and cognitively.”9

Additionally, optimizing your macro and micro nutrient ratios can help you to achieve nutritional ketosis to optimize your mitochondrial function for improved metabolic health and function. Nutritional ketosis involves eating a diet that is high in healthy fats, moderate in protein and low in net carbs. Most people, however, have no idea which nutrients are in any given food, let alone how much. This is why a nutrient tracker is so beneficial, as it will help you make sure you’re actually following your nutritional plan.

Cronometer is a free online tool that eliminates the guesswork, allowing you to get a truly accurate and detailed analysis of what you’re eating. I worked with the developer for months to modify and optimize the program for nutritional ketosis. It is the most accurate nutrient tracker on the market, giving you a detailed analysis of what you’re eating, including important macro- and micronutrient ratios to optimize your health.