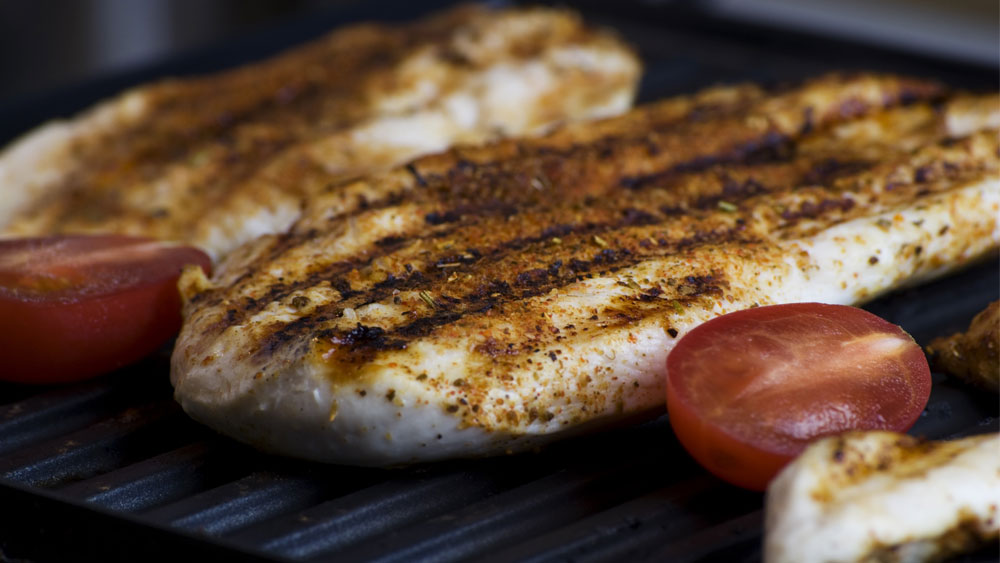 Trying to eat a low-histamine diet can make you feel superstitious. There are so many factors that can affect histamine levels in food, and it makes you second guess everything — the food, the preparation methods, how trustworthy a company is, and more.

Thinking this deeply about your food isn’t a bad thing, and for some, it’s a necessity. One of the most important parts of any diet is thinking about your protein sources. For most people, that comes from meat and fish.

We’re going to show you exactly how to make good choices and make your low-histamine diet a bit easier.

But first, a brief reminder on what a low-histamine diet is:

What is a low-histamine diet?

A low-histamine diet is an attempt to reduce exposure to histamines, a prominent chemical (specifically a biogenic amine) that affects our digestive and immune systems. Most people’s bodies have defenses that rapidly detoxify histamines, but around 1% of the population has histamine intolerance (HIT), which means their bodies aren’t as good at detoxifying these particular chemicals[*].

There are also diseases that may contribute to the development of histamine intolerance, including Crohn’s disease GERD, and chronic stress, and people with Mast Cell Activation Syndrome (MCAS) can also benefit from eating a low-histamine diet[*].

Also, as a reminder, please consult with a nutritionist or your doctor before making any drastic dietary decisions.

What foods are commonly high in histamines?

There is no perfect science behind measuring histamines, but fermented foods are generally considered higher in histamines[*].

Other common foods thought to have high histamines include:

What foods are commonly low in histamines?

Preparation and storage have a lot to do with histamine levels (which we’ll cover more when talking about meat and fish below), but generally speaking, these foods have lower histamine levels:

How to eat low-histamine meat

Apart from beef, the histamine levels in other types of meat depend on how they are prepared, which we will get more into in a second.

For now, know that these broad categories, assuming you buy them from healthy producers, are good places to start:

And here are a few other tips for being histamine-conscious:

Aging is better for flavor and the product, which is why almost all meat producers do it, but that extra aging is prime for histamine growth. Fortunately, there are lots of other options!

Buy meat that is frozen as quickly as possible.

The longer meat is exposed to the air, the more bacteria will hitch a ride — raising histamine levels. You want to work with companies that recognize the importance of time and work hard to freeze their meat as soon as possible.

Don’t leave meat to thaw on the counter.

And don’t leave it in the fridge for too long. The idea is to minimize the time the meat is out in the open. So whenever you make meat, be conscious about going as quickly as possible from freezer to cooked as possible.

In general, the less processed and natural your meat, the better. Industrial meat is full of antibiotics, toxins, and growth hormones that may raise histamine levels. The stress an animal experiences may also raise histamine levels, which essentially eliminates all modern slaughterhouses.

You want to shop with companies who understand what creates histamines and adjust their process to directly minimize them.

For example, U.S. Wellness Meats exclusively produces grass-finished, pasture-raised, and grass-fed meat. We take extra care to minimize stress and get our meat frozen as quickly as possible to avoid raising histamine levels. For a breakdown of how and why we do what we do, go here.

How to eat low-histamine fish

Many of the same rules apply for fish. Histamine levels spike during storage and aging, so you should generally skip mass-produced fish, and only buy from companies that understand the importance of flash freezing them after harvest.

Vital Choice, our seafood partner, has an incredible team who have gone to great lengths to reduce their histamine levels, and here are some things they’ve noticed from low-histamine diet customers:

Most customers with histamine sensitivities prefer to order frozen seafood selections and avoid canned seafood. Should you consider including canned seafood in your diet, we note that tuna has been reported to cause more histamine issues based on customer feedback.

As far as specific products for people with histamine sensitivity concerns, Vital Choice recommends either their canned salmon, sardines, or mackerel instead of their canned tuna.

But in general, you’ll want to skip any fish that is canned, dried, salted (i.e. aged), marinated, or smoked, unless you’re ordering canned fish from someone like Vital Choice.

And you should use extra care with these fish and crustaceans which are all considered higher in histamine[*]:

Fish that are generally considered lower in histamine levels include:

But again, it depends on the producer.

Histamine levels can fluctuate wildly depending on storage, production, and even from fish to fish or animal to animal. There is no widespread and reliable science on predicting and measuring histamine levels, so that means you need to treat each new food and company you buy from as an experiment.

Start from the list of products we gave you, but know that these are our best guesses at the moment. It may be years before we have a really accurate idea of how to approach histamines in food.

So take note of how you feel after you eat a certain product. If it doesn’t bother you, eat it again! If it does, then you know to avoid it!

It’s best to work with a health professional while engaging in these sorts of nutritional experiments, but the point still stands — because there isn’t a lot of information on histamine levels and many companies aren’t aware of it, it’s up to you to listen to what is most important: your body’s response.

Start by buying from a company that cares about histamine levels

Why go and do a bunch of research when U.S. Wellness Meats is right here! There aren’t many companies who understand the importance of histamine levels, but we do, and we go to great lengths to make our meat 100% non-GMO, non-antibiotic, grass-fed, grass-finished — you name it. We raise meat the way meat should be: all-natural, and we will never compromise on that.