Is Bologna Bad for You? Benefits, Risks, Nutrition Facts 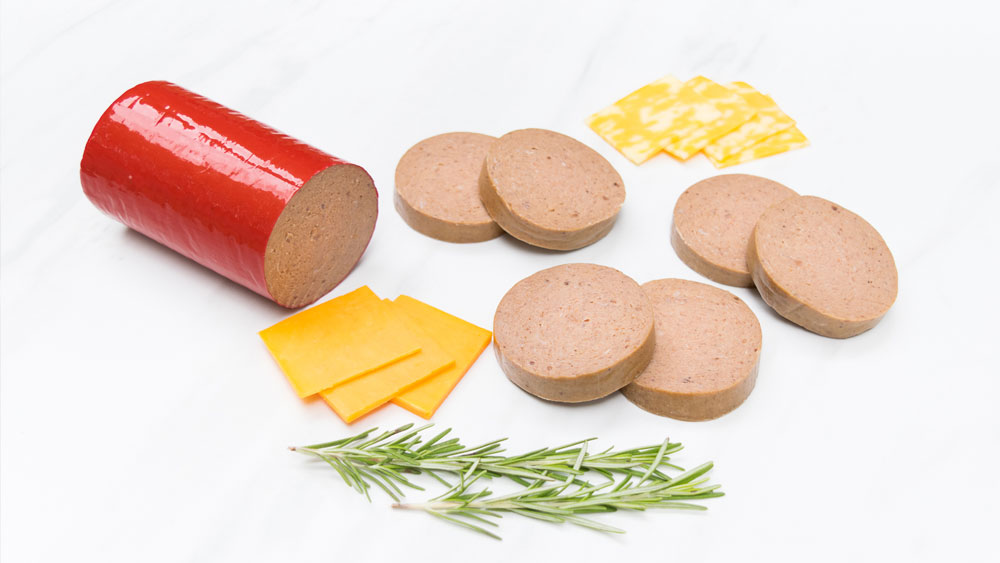 As fond and reminiscent as we can be about childhood food, as adults it’s easy to look back and think, “Okay but should I have been eating that?” And at the top of most peoples’ nostalgia list is bologna. One look at an Oscar Mayer package and you’re back on the playground, munching on a sandwich with wonder bread and mayo. It’s been a childhood hit for decades!

But now that we’re older and wiser, is bologna actually bad for you? Let’s find out.

Is bologna bad for you?

Bologna is generally highly-processed meat from low-quality sources and should be eaten in moderation alongside a balanced diet of fruits and vegetables. The World Health Organization has classified processed meat as a Group 1 carcinogenic, alongside cigarettes and alcohol[*].

While it’s tough to put any food in a “bad” or “good” box since it all depends on how much you eat, how often you eat it, how the food was prepared, how it’s raised, and so on, if we had to choose, bologna is probably closer to the “bad” camp — especially stereotypical cheap bologna meat from the supermarket. That doesn’t mean you can’t enjoy it as a delicious treat, though! It’s good to live it up from time to time.

Also, eating bologna made from higher-end cuts and grass-fed beef bologna does make a difference in nutritional content, but the fact remains that bologna tends to be high in sodium content. Even higher-end bologna like mortadella should be eaten in moderation.

What is bologna made of?

It depends on the type of bologna, but classic American bologna is usually a combination of leftover beef and pork trimmings that aren’t suitable for other packaged products. This could include bits of fat, skeletal muscle, organ meats, and various bits and pieces that are byproducts of other cuts. All of these bits are gathered together, blended, packed into a casing, and then smoked or slowly cooked.

Because most commercial bologna is a product made up of leftover trimmings from other cuts, the exact cuts and ratios of what you find in bologna change producer by producer and season by season.

That’s not all bad when dealing with high-quality meat sources, but because bologna is a staple of industrial meat, cheap bologna is about as bad as it gets in terms of meat quality. This typically comes from antibiotic-filled, hormone-packed meat and fat from parts of the cow and pig most people don’t care to eat.

Try bologna made from good, grass-fed meat instead.

There are a variety of peer-reviewed studies on the negative effects of processed meat. Here are a few known facts about bologna:

May increase chance of cancer if eaten in excess

Processed meat is any meat that has been altered through salting, curing, fermentation, smoking, or other processes to enhance flavor or increase shelf-life. Bologna is one of the most stereotypical processed meats on the planet.

There has been growing evidence that high consumption of processed meat like bologna, may be associated with an increased risk of several major chronic diseases including diabetes, coronary heart disease, heart failure, stroke, and cancer[*].

The International Agency for Research on Cancer found that 50 grams or more of processed meat eaten daily increases the risk of colorectal cancer by 18%[*].

Bologna has about three times the calories per weight than turkey. This is partially due to its high fat content. If you are trying to cut the calories, then bologna is not the meat to buy!

Fats aren’t bad. They are an essential macronutrient, but eating excess saturated fats can be bad, and bologna is full of them. Saturated fats are usually solid at room temperature, and eating too many can raise “bad” LDL cholesterol in your blood, which can increase the risk of heart disease and stroke[*].

Nitrates are used as a preservative in many industrial meat processing plants. According to WebMD, the health risks of consuming added nitrates include:

It’s worth noting that many vegetables are natural sources of nitrates, which are actually viewed as a source of cancer-reducing effects, whereas added nitrates are where the issues arise[*].

Bologna has a lot of protein, with more protein by weight than an egg. This can be advantageous if you are looking to consume additional protein, although there are leaner and healthier options such as chicken or turkey.

Bologna is a filling and tasty snack due to its high fat content, protein, and calorie count. This means you can get full quickly and for longer, reducing the possibility of overeating.

According to the USDA, this is what one slice of Oscar Mayer Beef Bologna contains:

Throw three slices of bologna on a sandwich and you can see how quickly some of the fat and sodium daily values add up.

Where to buy the healthiest bologna

If you don’t want to indulge in cheap cold-cut nostalgia (there is a time and place!), we have one main recommendation: eat bologna made from companies that prioritize natural diets and healthy environments for their animals.

We eat what the animals we eat consumed during their lives, and eating bologna made from grass-fed and grass-finished beef as opposed to industrial feedlots that are fed on a mixture of their own species’ fat and corn has a huge difference in taste and nutrition. Instead of passing on antibiotics and hormones, good meat passes along all of the nutrients found in the wild pasture grasses, fungi, and natural bacteria cows and pigs should be eating.

Bologna is not what we would call healthy, not by a long shot, but like any processed meat, it is perfectly fine within a balanced diet. Plus, if you buy bologna from higher-quality sources you can dramatically increase the nutritional value of the bologna you eat.

US Wellness Meats’ Beef Bologna is a one-pound roll of grass-fed beef packed with flavor. It is also free of nitrates, nitrites, MSG, additives, preservatives, soy, dairy, and gluten. It is perfect for a healthy snack, light lunch, or road trip.

Take a look at our grass-fed and grass-finished beef bologna.