Intermittent Fasting: The Missing Piece of the Weight Loss Puzzle 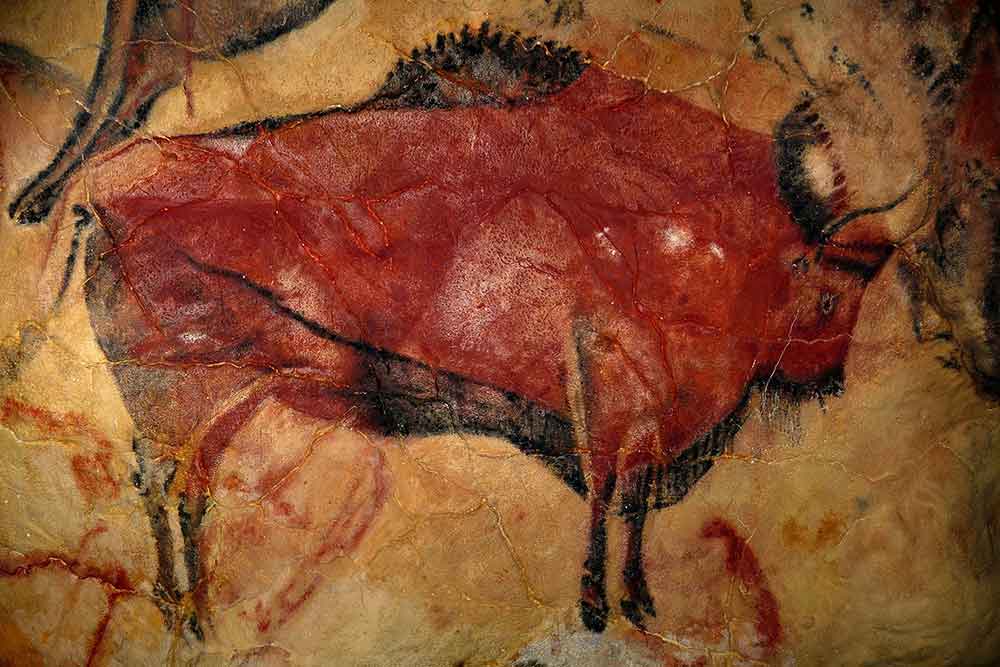 Would you like to shed fat… without “dieting” at all?

Well, stay with me as I explain intermittent fasting – an ancient pattern of eating that has gained new scientific respect as a way to lose weight, prevent diabetes, reduce inflammation, slow aging and even prolong your life.

When our ancestors were still living in caves, obesity did not exist. Ancient people simply didn’t have access to enough food (or the type of food) necessary to pack on the pounds.

Meals were scarce. Our ancestors often went days with little food, only to succeed in a hunting and gathering expedition that allowed them to feast until their bellies were full.

Hunting, gathering, lifting heavy things and moving around for the majority of the day were our primary ways of life before the Neolithic Revolution.  But around 12,000 years ago, we traded our nomadic lifestyle for a more settled, agricultural one.

That certainly offered greater bodily safety and food security. It improved the longevity of our ancestors. And it created a population boom (from around five million people 10,000 years ago to more than seven billion today).[i]

But it also changed our diets in ways that have made us more susceptible to obesity and the “diseases of modernization” we now face.

In 2013, obesity was recognized by the American Medical Association as a disease. According to the Centers for Disease Control, one in every three Americans is obese. Think about that for a moment: More than two-thirds (68.8 percent) of adults are considered to be overweight or obese![ii]

So, what can we do to lose weight when things have gotten so out of control?

What Is Intermittent Fasting?

As the name implies, intermittent fasting refers to a period of fasting. Typically, you would eat very little or nothing at all for periods 16 to 24 hours.

Because our ancestor didn’t have continual access to food, their bodies adapted to handle times of scarcity and times of plenty.  When food wasn’t immediately available, their metabolisms would tap into stored glycogen and body fat to be used for energy.

The Many Health Benefits of Intermittent Fasting

Millions of people live with chronic inflammation, caused, in part, by oxidative stress. According to a study published in The Journal of Nutritional Biochemistry, intermittent fasting reduces oxidative damage from free radicals and increases cellular stress resistance.[v] Other studies confirm that is also plays a role in optimizing energy metabolism, bolstering cellular protection, reducing oxidative damage, and decreasing inflammation.[vi]

The British Journal of Diabetes and Vascular Disease published a study showing that type 2 diabetes could be effectively managed and even reversed through intermittent fasting![viii] The study showed an improvement of pancreatic function, as well as an improvement in metabolic parameters, insulin levels, and insulin sensitivity.

“Indeed, intermittent fasting might achieve much of the benefit seen with bariatric surgery, but without the costs, restriction on numbers and risks associated with surgery.”

From a study published in the FASEB Journal:

“Dietary restriction (DR) has been shown to increase life span, delay or prevent age-associated diseases, and improve functional and metabolic cardiovascular risk factors in rodents and other species.”[ix]

Intermittent fasting triggers a certain metabolic pathway called ‘autophagy’, which eliminates waste materials from the cells while recycling essential nutrients within the cell. This increase in cellular detoxification may provide protection against Alzheimer’s disease and cancer.[x]

Prevent the Development of Cancer

In addition to triggering the removal of waste materials from cells, intermittent calorie restriction may also help prevent cancer by decreasing a hormone called IGF-1, which has been linked to cancer susceptibility.[xi]

Furthermore, intermittent fasting, when done with the right foods, can help starve cancer cells while also protecting your cells from the toxicity of chemotherapy.[xii] And because intermittent fasting reduces inflammation, this further reduces your risk of cancer.

Intermittent fasting has also been shown to reduce neurological damage (likely due to reductions in inflammation and oxidative stress). It also improves metabolic features important to brain health and may even increase the growth of new nerve cells (beneficial in the treatment of multiple neurological conditions).

A study also showed that alternate-day fasting (restricting your meals on fasting days to about 600 calories) can boost brain-derived neurotrophic factor (BDNF) from 50 up to 400 percent![xiii] Deficiencies in this compound are linked to depression and other cognitive abnormalities.

According to a study published in the Journal of Molecular Neuroscience, dietary restriction also helps suppresses age-related deficits in learning and memory, while increasing the resistance of neurons to degeneration.[xiv]

Given these factors, it is not a surprise that an article published in Johns Hopkins Magazine would claim that “fasting twice a week could significantly lower the risk of developing Alzheimer’s disease or Parkinson’s.”[xv]

Fasting is also known to dramatically increase the production of human growth hormone (HGH). In fact, research shows that fasting can raise HGH levels by as much as 1,300 percent in women and 2,000 percent in men![xvi]

What’s more, IF has been shown to promote multi-system rejuvenation thanks to the renewal of stem cells.[xvii] [xviii]

Prolonged dietary restriction appears to significantly increase life span in rodents. According to a study published in Gerontology, fasting rats lived 83 percent longer than rats who did not fast![xix]

With its role in weight loss, inflammation, the risk factors for cardiovascular disease and cancer, and brain health, it’s easy to see how intermittent fasting may increase your life span.

Imagine not only a longer life span, but a longer “healthspan” too!

There are several popular types of intermittent fasting. Let’s take a look at how they work:

This intermittent fasting program was originally created by Martin Berkhan. It centers around the idea of restricting calorie consumption for a period of 16 hours and eating during and 8-hour window.

Since this diet focuses more on bodybuilding and less on moderation of disease, Berkhan recommends intense resistance training be performed no less than two and no more than four times per week, eating the majority of calories after training.

This diet suggests aiming for higher protein and carbohydrate consumption on training days and. On rest days, the focus is on consuming more fat and protein and fewer carbs.

This is promoted by Dr. Michael Mosley in his book, The Fast Diet: Lose Weight, Stay Healthy, and Live Longer with the Simple Secret of Intermittent Fasting.[xx]

This plan involves eating normally for five days per week and then fasting for two days. On fasting days, he recommends cutting your food down to one-fourth your normal daily caloric intake (about 600 calories for men and about 500 for women). On a fasting day, you can spread your 500/600 calories throughout the day or enjoy them all at an evening meal.

This approach not only reduces caloric intake, it also triggers the SIRT1 gene or “rescue gene”, a type of survival mechanism that protects cells, inhibits fat storage, and increases fat metabolism when food is scarce. 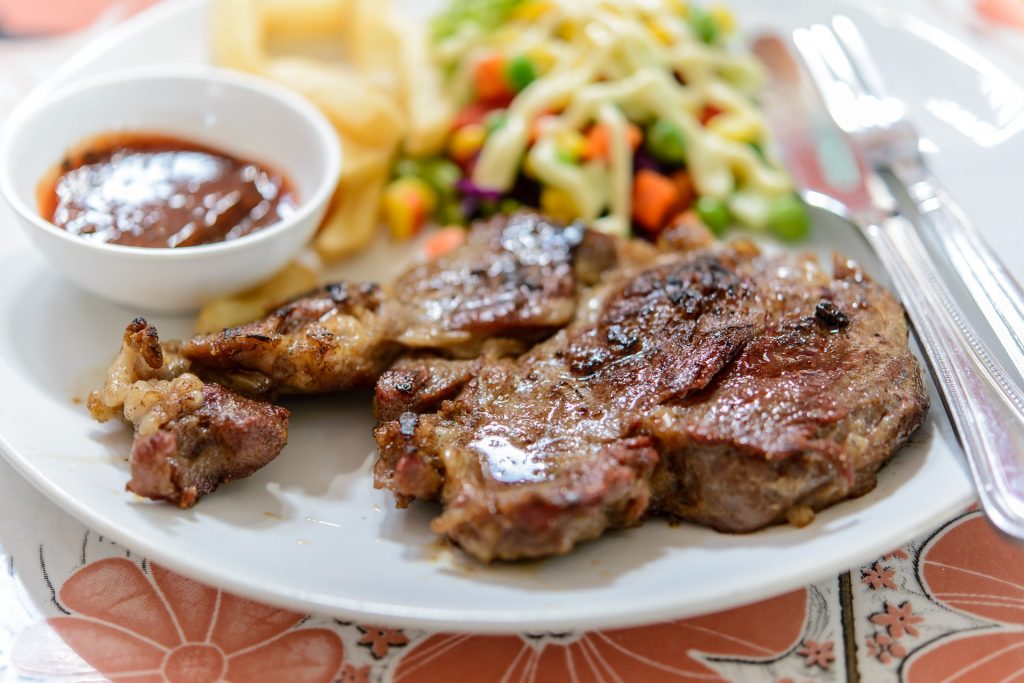 The Warrior Diet, written by Ori Hofmekler, encourages calorie consumption within a 4-hour feeding window, while fasting for the remaining 20 hours. This IF protocol stimulates an increase in metabolic rate by increasing the actions of the sympathetic nervous system.

Who Should Avoid Intermittent Fasting?

Before beginning an intermittent fasting regimen, you must be reasonably healthy. For example, if you have adrenal fatigue, you should not use this protocol until your body has recovered.

If you are dealing with any type of chronic metabolic or hormonal condition, talk with a doctor or nutritionist who is familiar with the benefits and contraindications of intermittent fasting.

For most, the IF protocol works to help reduce the symptoms of disease while preventing the development of new ones. However, there is always the exception.

As with anything new, go slowly, track how your body feels and let a medical professional in on your new eating plan. This way, you can feel safe and confident in this approach to a slimmer, healthier, happier you!

Her academic background is in biology and chemistry and for the last 15+ years, she has focused on the study of nutritional biochemistry… and the proven powers of compounds in foods to heal the body.

[i] The Genographic Project. The Development of Agriculture. National Geographic.

[xiii] Young, E. Fasting may protect against disease; some say it may even be good for the brain. Washington Post. December 31, 2012