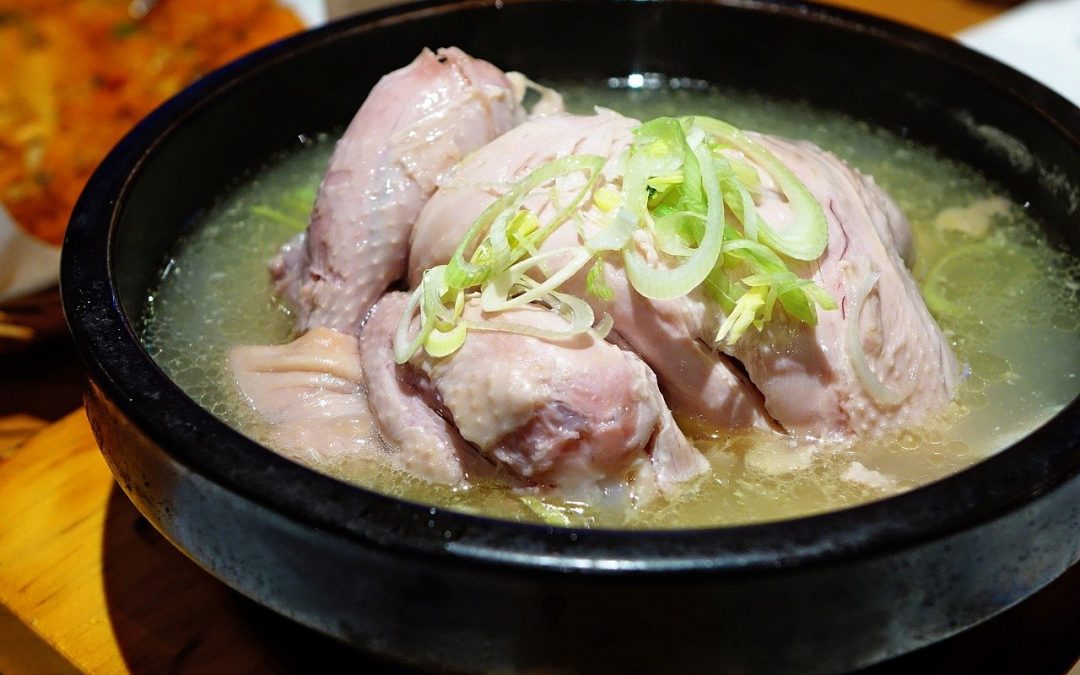 Almost everyone’s dealt with flu at some point, and it’s wise to know what foods will help and what foods are actually hindrances.

To understand what to eat, consider both the symptoms and the source of your troubles in order to find a solution: Your body’s natural immune system needs to be supported while you work to combat the annoying and sometimes painful symptoms that flu can bring.

Whether you’re dealing with a mild case, fighting a fever and severe cough, or defending against muscle aches, cramps and diarrhea, there are certain foods you want to consume and definite ones to avoid.

Fending Off Nausea With Fluids

Finding the urge or even energy to eat can be a problem when you’re combating influenza, but there are some options that are easier than others.

According to Kacie Vavrek, a registered dietitian with The Ohio State University Wexner Medical Center, one of the primary points to consider is the state of your stomach: Don’t make things worse by consuming something that may not sit well. She writes:

“The flu often makes consuming food difficult, as flu symptoms can cause nausea or stomach symptoms. Nausea can decrease the desire to eat, and gastrointestinal symptoms like vomiting and diarrhea can be triggered if food is consumed too soon.

Eating nutrient-dense foods is useful no matter what kind of sickness you have. In fact, it’s especially important when you have a fever. But not all food is created equal. While comfort foods may be what you want when you’re not feeling your best, they’re not necessarily going to make you feel better.

In fact, I’d suggest avoiding your go-to comfort foods, as you may end up developing a distaste for them if you consume them when nauseated.”1

Broth-based soups, including bone broth, can be a good option to sip on, as the soup replaces both fluids and sodium, both of which are crucial during times of illness. A study published over a decade ago found that chicken soup indeed has medicinal qualities, significantly mitigating infection caused by cold and flu viruses.2

Scientists at Nebraska Medical Center noted that chicken soup has a number of substances that likely account for its healing properties. The group tested a traditional chicken soup and found that it “significantly inhibited neutrophil migration and did so in a concentration-dependent manner.”3

They think this is due to the mild reductions in inflammation that you can realize from taking it in, but note that commercial soups may or may not offer such benefits.

In February 2019, researchers from the Franklin Institute for Wellness in Franklin, Tennessee, published an article in the scholarly journal Complementary Therapies in Medicine. They conducted a meta-analysis of previously published randomized, controlled clinical trials related to the use of black elderberry in treating upper respiratory symptoms.

While taking into account factors such as overall health, the team reviewed studies that represented 180 participants who were given elderberry — also known as Sambucus nigra — as a supplement in their course of therapy.

They found that those taking the natural substance enjoyed significantly reduced upper respiratory symptoms and that broader use may introduce a safer alternative to prescription drugs.4

What to Eat if You Have a Sore Throat

If you have a sore throat, you’ll want to avoid foods that may irritate or scratch your throat, such as nuts or acidic foods like lemon or orange juice. Soft, nutrient-dense foods, such as raw grass fed yogurt and kefir, mashed sweet potato or mashed cauliflower, will be easy to swallow. You can also sip on warm bone broth and green tea.

For calming, peppermint tea is a good option, as it has both pain-relieving and anesthetic effects. Add in a bit of raw Manuka honey, which has antibacterial activity and is known for helping with wound healing, if desired.

Honey has long been used as a natural remedy for sore throats, and modern research has confirmed that honey is such a potent anti-infection/anti-inflammatory product it can rival antibiotics.5 A common natural remedy for a sore throat is tea with honey and lemon. The main thing to remember when it comes to honey is that not all honey is created equal.

The antibacterial activity in some honey is 100 times more powerful than in others. Processed, refined honey is not recommended, as it does not impart the same health benefits as raw honey when consumed.

So make sure you’re only using raw honey or Manuka honey to treat a sore throat. Another caveat is that you don’t want to give honey to children under the age of 1 year,6 as botulism can occur due to the child’s immature immune system if the honey is contaminated.

Breastfeeding Is Best, Even When Battling Flu

Nursing mothers may wonder whether they should switch their babies to formula when battling flu. According to the U.S. Centers for Disease Control and Prevention, since the condition cannot be transmitted via breast milk, and breast milk provides protection against influenza for the baby, it’s best to continue the practice:

“Breast milk provides protections against many respiratory diseases, including influenza (flu). A mother with suspected or confirmed flu should take all possible precautions to avoid spreading the virus to her infant while continuing to provide breast milk to her infant.”7

When babies, but not moms, have the flu, breastfeeding should also continue, with commonsense precautions included in either case, such as being careful not to sneeze or cough on the baby and washing hands frequently to avoid passing germs that cause disease.

There are plenty of natural strategies to help protect yourself from all of the viruses and bacterial infections going around, and adding immune-boosting foods to your diet is one of them. Here are seven healthy types of food for flu season:

1.Foods Rich in Vitamin C — Vitamin C is a powerful healing antioxidant known for its benefits for infectious diseases. Studies have shown that regular supplementation with vitamin C can help reduce the duration of common cold symptoms.8 Foods high in vitamin C include:

2.Chicken Soup — As noted earlier, if your mother or grandmother made chicken soup when you were sick as a child, they were on the right track. Chicken soup made with bone broth is excellent for speeding healing thanks to the abundant minerals and amino acids it contains.

5.Garlic — Garlic is a potent antibacterial, antiviral and antifungal agent. Ideally, it’s best to consume it raw and crush it just before eating to absorb its benefits in full.

6.Organic Vegetables — Dark leafy greens such as kale, spinach, collard greens and Swiss chard contain powerful antioxidants, flavonoids, carotenoids and vitamin C — all of which help protect against infections. Ideally, opt for organic locally grown veggies that are in season, and consider eating a fair amount of them raw. Juicing is an excellent way to get more greens into your diet.

7.Raw, Grass Fed Organic Milk — This type of milk contains beneficial bacteria and fats that prime your immune system. It’s also a good source of vitamin A and zinc. Pasteurized dairy products are best avoided, as they may actually promote respiratory problems such as recurring colds, congestion and bronchitis.

Make sure you are drinking plenty of fresh, pure water. Water is essential for the optimal function of every system in your body, and will help with nose stuffiness and loosening secretions. You should drink enough water so that your urine is a light, pale yellow.

What Not to Eat When You’re Under the Weather

While you’re sick it’s important to avoid sugar, alcohol and greasy foods. On the one hand, your body needs all the energy it can get to go toward fighting off the illness. On the other, it’s important not to overeat or consume unhealthy foods.

If you feel yourself coming down with something like a cold or flu, this is not the time to be eating sugar, artificial sweeteners or processed foods. Sugar is particularly damaging to your immune system, which needs to be ramped up to combat an emerging infection.

So, if you are fighting the flu, you’ll want to avoid sugar, and this includes sugar in the form of fruit juice and even grains (which break down as sugar in your body).