How to Resolve Food Addiction and End Cravings 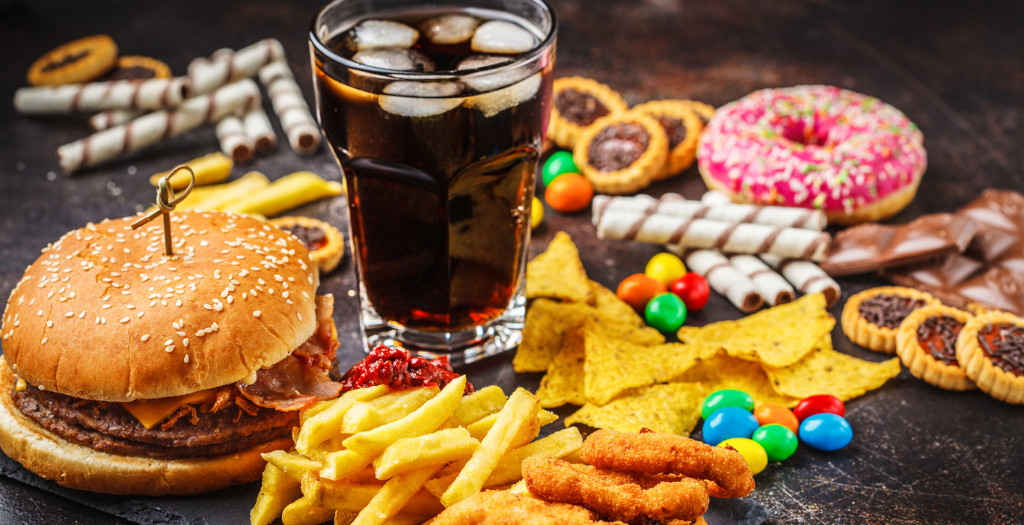 As many as 1 in 5 people may suffer from food addiction, a condition that can take only a single exposure to the food to change your brain chemistry and make you crave greater amounts.

Food addiction, defined as an “eating behavior involving the overconsumption of specific foods in an addiction-like manner,”1 is a common problem. Using a clinical scale called the Yale Food Addiction Severity Scale (YFAS), which was constructed to match the DSM IV criteria for substance addiction, a January 2022 study found up to 20% of the general population could be diagnosed with food addiction.2

Interestingly, research has repeatedly demonstrated that food addiction is virtually indistinguishable from the addiction to drugs. One substance long suspected of addictive potential is sugar. As noted in a November 2019 study,3 4 5 “Excessive sucrose consumption elicits addiction-like craving that may underpin the obesity epidemic.”

Using PET imaging along with beta-opioid and dopamine receptor agonists, the researchers were able to show how sucrose affects the brain chemistry in miniature pigs. Even a single exposure to sucrose produced as much as a 14% drop in carfentanil binding (a beta-opioid receptor agonist) in certain parts of the brain, consistent with an opioid release.

In layman’s terms, sugar consumption triggered the release of natural opioids and dopamine in the animals’ brains, thus lowering the availability of those receptors. Reduced receptor availability is a sign of overstimulation because when the brain gets overstimulated, it downregulates these receptors to prevent damage.

The drawback of this protective mechanism is that you now need a higher dose of the substance to get the same pleasure response, and this is a key mechanism by which addiction develops.

Considering what we know about the addictive nature of sugar, it’s somewhat surprising then to find a Romanian paper in the Frontiers of Psychiatry, published January 10, 2022, which claims there’s not enough evidence to support a medical diagnosis of sugar addiction in humans:6

“’Sugar addiction’ is a subtype of food addiction which is considered to be defined by overconsumption of highly processed foods with rich sugar content. Sugar may be addictive through potent reinforcing effects via both gustatory and post-ingestive pathways.

If sweetness or nutritional signals engage distinctive brain pathways to motivate ingestion is still a matter of debate. In mice there are evidence that separate basal ganglia circuitries are responsible for the hedonic and nutritional actions of sugar …

In conclusion, sugar recruits a specific dopaminergic circuitry that acts to prioritize energy-seeking over taste quality, and its localization and functioning indicate a possible involvement of the reward system.

A literature review focused on sugar and food addiction did not find, however, enough evidence to support the existence of sugar addiction in humans, while data from the animal literature suggest that addiction-like behaviors occur only in the context of intermittent access to sugar (as a consequence of limited access to sweet tasting/highly palatable foods, not due to the neurochemical effects of sugar).”

According to that Frontiers of Psychiatry paper, hyperpalatable foods, which typically contain a carefully orchestrated combination of flavors such as salt, sugar, artificial flavors and fat, are more likely to be problematic:7

“High-sodium foods, artificially flavored-foods, rich carbohydrate- and saturated fats-containing foods are triggers for the activation of the same neural pathways, therefore they act similarly to any drug of abuse.”

According to the authors, “fat-rich food addiction” is a diagnosable condition. However, they specify that what they’re referring to is not simply any high-fat food, but rather hyperpalatable processed foods that are high in both fat and sugar. This is an important distinction, as eating a high-fat, low-carb ketogenic diet is likely to be the answer for many who struggle with food addiction and sweet cravings.

Sugar Versus Fat in Food Addiction

Contradicting some of the claims in the Frontiers of Psychiatry paper is a 2012 study,8 which found that bingeing on sweet-fat foods did not cause the opiate-like withdrawal symptoms seen when bingeing on sugar alone. This suggests the presence of fat may actually ameliorate some of the addictive effects. As explained by the authors:9

“Neural systems that motivate and reinforce food seeking and intake also underlie behaviors associated with drug abuse … Previous studies from our laboratory and others suggest that limited access to sugar leads to behavioral changes and alterations in dopamine (DA) and opioid systems that are similar, albeit smaller in magnitude, to those seen during drug addiction.

Of these addiction-like behaviors associated with binge consumption of sugar, evidence of opiate-like withdrawal is of particular interest. Using our laboratory animal model of binge eating sugar, we have found that when administered the opioid antagonist naloxone, rats show somatic signs of withdrawal, including teeth chattering, forepaw tremors, and head-shakes, as well as anxiety on the elevated plus-maze.

Behavioral and neurochemical signs of opiate-like withdrawal have also been observed without the use of naloxone (i.e., spontaneously) following a fast in rats with a history of binge eating sugar.

Others have noted that rats with a history of limited access to sugar have a decrease in body temperature when the sugar has been removed for 24 h[ours] and can show signs of aggressive behavior, both which are also accepted indications of withdrawal.

Further, a high-sugar diet has been shown to elicit signs of anxiety and hyperphagia that appears to be mediated by brain corticotrophin-releasing hormone systems.”

Fat Doesn’t Affect Your Brain Opioid Systems Like Sugar Does

While some studies have found high-fat and/or sweet-fat food bingeing can produce opiate-like withdrawal symptoms in response to naloxone, an opiate antagonist, they did not find that here.

Naloxone-precipitated anxiety was not observed in rats given chow rich in both sugar and fat. The researchers hypothesized that the inclusion of fat “may have interfered with the expression of withdrawal signs” seen in rats fed a high-sugar diet.

“These findings therefore suggest that opiate-like withdrawal is not observed in response to binge eating of all palatable diets, specifically those rich in fat, which is, like sugar, known to exert effects on brain opioid systems,” the researchers noted. “Thus, the emergence of the opiate-like withdrawal signs seen in response to binge eating appears to be macronutrient specific.”

A 2012 paper commented on this research, noting:10

“These findings of a lack of opiate-like withdrawal in response to overeating a fat-rich food highlight the importance of understanding the effects of specific nutrients on the behaviors associated with ‘food addiction.’

The animals that gorged on sweet-fat food did, however, consume far more calories and gained significantly more weight than controls given standard chow. Not surprisingly, COVID-19 self-quarantine and lockdowns have resulted in many gaining unwanted pounds. On average, those who reported weight gain gained between 1.1 pounds (0.5 kilo) and 4 pounds (2.8 kg) — and that was just the first two months of the 2020 lockdowns!11

Becoming Metabolically Flexible Is a Huge Part of the Answer

If you know or suspect you have a food addiction, my recommendation is to clean up your diet. The key to getting rid of sugar and junk food cravings, in my experience, is eating a diet high-enough in healthy fats and low in refined carbs, also known as a ketogenic diet.

I’m a big advocate for a CYCLICAL ketogenic diet. What this means is that once you’re able to burn fat as your primary fuel — which is evidenced by your ability to generate ketones above 0.3 mmol/l in your blood — you can then start cycling in and out of ketosis. To do this, simply increase your net carb and protein intake very gradually until you fall out of ketosis and then reduce it again.

After a day or two of “feasting,” you then cycle back into nutritional ketosis (high-fat, low net carb, moderate protein) for the remainder of the week. By periodically pulsing higher carb intakes, consuming 100 or 150 grams of carbs opposed to 20 to 50 grams per day, your ketone levels will dramatically increase and your blood sugar will remain consistently suppressed.

Needless to say, processed foods are not recommended and need to be assiduously avoided as most are loaded with dangerous levels of linoleic acid, which will increase metabolic oxidative stress. Eating real food is key no matter what your ratios of fat, carbs and protein are. Another key is to select the right fats.

Which Fats to Eat and Which to Avoid

Fats to avoid as much as possible include:

Fats to eat more of include:

How to Implement a Cyclical Ketogenic Diet

To implement a high-fat, low-carb ketogenic diet, begin by eliminating packaged, processed foods. It’s important to eat real (whole) foods, plenty of healthy fats, and, initially, as few net (non-fiber) carbs as possible. Foods to reduce or eliminate in this phase include all grains and any food high in sugar, particularly fructose, but also galactose (found in milk) and other sugars.

As a general rule, you’ll want to reduce your net carbs to 20 to 50 grams a day or less and restrict protein to 1 gram per kilogram of lean body mass. To make sure you’re actually meeting your nutritional requirements and maintaining the ideal nutrient ratios, use an online nutrient tracker such as www.cronometer.com/mercola, which is one of the most accurate nutrient trackers available.

My tracker is preset for nutritional ketosis, so based on the base parameters you enter, it will automatically calculate the ideal ratios of net carbs, protein, and healthy fats required to put you into nutritional ketosis. This is what will allow your body to start burning fat as its primary fuel rather than sugar, which in turn will help optimize your mitochondrial function, metabolism, and overall health and fitness.

Remember, once you are able to generate ketones over 0.3 mmol/l in your blood, that is the time to start reintroducing carbs cyclically back into your diet. Typically, two to three times a week will work fine. The best time to increase your carbs is on days that you’re doing strength training and increasing your protein intake as well.

Lastly, a helpful technique that addresses the emotional component of food cravings is the Emotional Freedom Techniques (EFT). If you feel that your emotions, or your own self-image, may be your own worst enemy when it comes to altering your relationship with food, I highly recommend trying it out.

You can find instructions in my free EFT manual. (All the YouTube videos on that page have been banned and deleted, but you can still find a series of photographs demonstrating the technique if you scroll further down the page.)