How One Food Causes Sweeping Damage and Cell Death 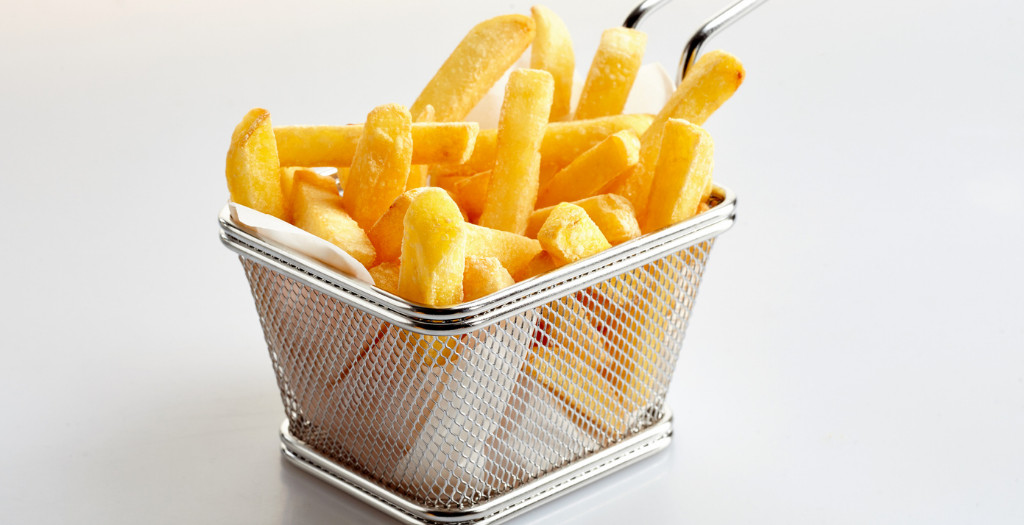 This ingredient is not allowed – or is it? Turns out if it’s below an established threshold the label can say ‘zero.’

The history of trans fats dates to 1903 when Wilhelm Normann applied for and was awarded a patent after he discovered how to make liquid oil thicker and firmer through hydrogenation.1 These fats had a longer shelf life and were cheaper to produce.

In 1911 Procter & Gamble introduced Crisco, a vegetable shortening advertised as “an economical alternative to animal fats and butter.” During World War II, when the government rationed butter, that led to a gain in popularity for margarine, a trans fatty acid product.

The process of partial hydrogenation producing trans fats involves the addition of a single hydrogen molecule on the opposite side of the carbon bond in the fat molecule. This one small change is responsible for the difference in how the fat is metabolized and thus the increase in danger to your health.2

In the natural state, unsaturated fatty acids are usually in the “cis” configuration, indicating the hydrogen molecules are on the same side, as opposed to opposite sides.

There is evidence this small difference links trans fats to inflammation in the body, which leads to a higher potential for insulin resistance, diabetes and heart disease.3 According to Harvard Health Publishing, “For every 2% of calories from trans fats consumed daily, the risk of heart disease rises by 23%.”

In addition to these health conditions, researchers are investigating the relationship between trans fats and preeclampsia,4 breast cancer,5 nervous system disorders6 and memory impairment in offspring when trans fats were fed to animals during gestation or lactation.7

Trans fats may be found in processed food products with a long shelf life. To know whether they are present you have to read the ingredients and not just the top of the nutrition label.

According to the Food and Drug Administration, manufacturers are allowed to advertise or label a product with “zero trans fats” if there are less than 0.5 gm per serving. The FDA rules for compliance on nutrition labels states:8

There are some natural trans fats found in meat products, which you may have heard are as bad for you as trans fats.9 10 However, while it’s not often identified by the researchers unless they are testing differences between conventional and pastured meat, it’s important to recognize the meat used is likely from grain fed livestock, which changes the nutrient panel.

Remember, not all processed food products will contain partially hydrogenated trans fats to extend the shelf life. Of course, this isn’t the only reason to avoid processed foods! Read the labels, including those for:11

Dial in your nutrition with meats raised as nature intended!

Researchers from Tohoku University in Japan recently published a study12 in which they tested the effect fatty acids have on programmed cell death, or apoptosis.

During apoptosis the body rids itself of unhealthy cells, which is one mechanism of preventing conditions like cancer. If DNA damage spreads across too many cells and triggers too much apoptosis it can lead to some of the same chronic diseases that researchers know are associated with eating trans fats.

To test the theory that fat influences a mitochondrial signaling pathway,13 they designed a study in which they triggered DNA damage using a common chemotherapeutics drug. They discovered that two trans fatty acids — elaidic and linoelaidic acids — increased apoptosis. Other unsaturated fats didn’t have the same effect.

The two trans fats increased reactive oxygen species (ROS) produced by the cell, raising the rate of apoptosis. Atsushi Matsuzawa from the university’s Laboratory of Health Chemistry commented on the results:14

“Accumulating evidence has associated the consumption of trans-fatty acids with various diseases, including some lifestyle diseases, atherosclerosis and dementia. But the underlying causes have remained largely unknown.

Our research revealed a novel toxic function and mechanism of action of trans-fatty acids, which can account for pathological mechanisms, including atherosclerosis. This significant finding will provide a molecular basis to understand how trans-fatty acids cause disease.”

As I’ve written before, the food you eat and other lifestyle factors have an influence on your risk for Alzheimer’s disease and other types of cognitive decline. Dietary choices influence your risk of depression, high blood pressure and midlife obesity. Foods that promote neurological degeneration include sugar, grains and trans fats.15

More recently, scientists have found an strong link between eating a diet with trans fats and an increased incidence of dementia, including Alzheimer’s disease. This risk is not small. Dr. Neelum T. Aggarwal, who was not involved in the study, commented to CNN:16

“This study demonstrates that there are negative ‘brain/cognitive’ outcomes, in addition to the known cardiovascular outcomes, that are related to a diet that has (a) high content of trans fats. This message must be delivered in countries where the ban of trans fats has not been enacted or difficult to enforce.”

CNN reported that people in the highest quartile of elaidic acid levels were up to 74% more likely to develop dementia. This is one of the same trans fats found to increase cell apoptosis.

Dr. Richard Isaacson, a neurologist and director of the Alzheimer’s Prevention Clinic at Weill Cornell Medicine in New York, who was not involved in the study, commented on the findings demonstrating a link between trans fats and Alzheimer’s disease:17

“The study used blood marker levels of trans fats, rather than more traditionally used dietary questionnaires, which increases the scientific validity of the results. This study is important as it builds upon prior evidence that dietary intake of trans fats can increase risk of Alzheimer’s dementia.”

By 2006, the FDA18 required manufacturers to declare the presence of trans fats on the nutrition facts label of all processed foods. In 2015, they determined partially hydrogenated oils were not “generally recognized as safe” (GRAS).

The compliance deadline was June 18, 2018, for the majority of foods, but an extension to January 1, 2020, was allowed for “an orderly transition in the marketplace.” Product manufacturers who petitioned for the use of trans fats before June 2019 received another extended compliance date of January 1, 2021. This means that, depending on their listed shelf life, foods with trans fats could still be on grocery store shelves in 2022.

The self-proclaimed consumer watchdog group, Center for Science in the Public Interest (CSPI), was the initial force behind a highly successful campaign to remove healthy saturated fats and insert trans fats into your diet. It was largely because of this that fast food restaurants switched to partially hydrogenated vegetable oils.

By 1988 CSPI had released an article praising trans fats, saying19 “there is little good evidence that trans fats cause any more harm than other fats” and “much of the anxiety over trans fats stems from their reputation as ‘unnatural.'”

Many still mistakenly believe margarine is a healthier choice than grass fed butter. The CSPI’s campaign to replace saturated animal and tropical oils with trans fats played an integral role in promoting this error.

The group’s successful influence on the food industry is discussed in David Schleifer’s article, “The Perfect Solution: How Trans Fats Became the Healthy Replacement for Saturated Fats,” in which he notes:20

“Scholars routinely argue that corporations control U.S. food production, with negative consequences for health, environmental quality, and working conditions. However, the transition from saturated to trans fats shows how activists can be part of spurring corporations to change …

But the trans fat case shows that activists’ effectiveness at changing industrial technologies was not just a question of how well-organized they were, how many resources they had, or how well they communicated; in part, activists succeeded by framing the replacement of saturated fats as a rational course of action based on a scientific fact — namely, the association between saturated fats and heart disease.” 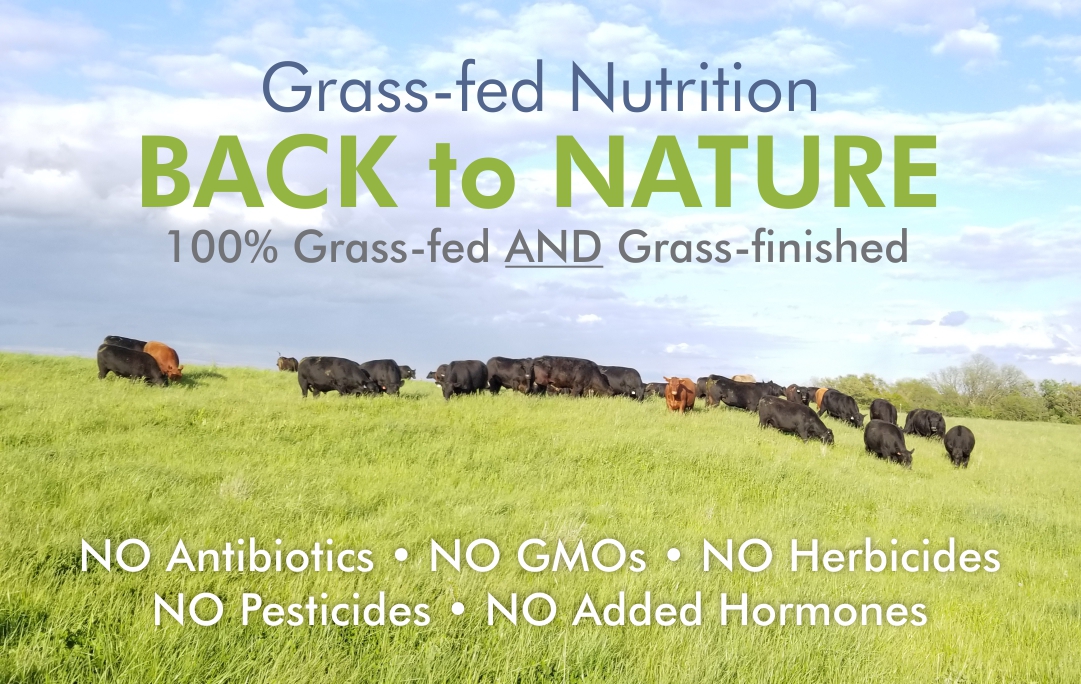 Same Group Leading the Charge in Favor of GMO

Just as the CSPI sided with industry to promote low-fat diets and trans fats in your foods, they also are taking a stand in favor of genetically engineered organisms (GMOs). Most polls show the majority of Americans want to have their food labeled if it contains GMO ingredients. However, Greg Jaffe, director of CSPI’s biotechnology project, is not convinced.

He testified in a hearing on the Pompeo Bill HR 1599, colloquially known as Denying Americans the Right to Know (DARK) Act. The act would have taken away the right of individual states to implement food labeling laws and it would have prevented regulations restricting or banning the growth of GMO crops.

During his testimony21 he told the committee that when given the option to have pesticides, antibiotics and GMOs on food labels, 70% of those asked said yes. He then quoted a Rutgers poll which asked the open-ended question, what new information would you like on your food labels? According to Jaffe, only 7% listed GMOs.

“I don’t think we have a good idea of what consumer demands really are … The Rutgers poll … two-thirds of consumers haven’t even had a discussion about this in the last three years and don’t know about it. So, providing information without knowledge about what the information means can inherently be misleading.”

In other words, his justification for not labeling food products as GMOs is that not all consumers understand what the label means. This is an inexcusable position for a group claiming to work on behalf of consumer protection. In the video below you’ll hear his statements where he claims there are no studies that GMOs have triggered any negative health concerns.

This is the same position they held on trans fats and artificial sweeteners. In other words, it appears the organization is at least consistent in their defense of manufacturers and industry as opposed to consumer health.

Exercise, eating, movement and sleep are often based on the habits you develop. Once you’ve established a habit it’s easier to keep it than to break it. The same is true for creating healthy eating habits. Start with whole, organically grown food you cook and prepare at home, including pasture raised meat and dairy products.

After you’ve gradually switched processed food for whole food, consider incorporating a ketogenic diet and intermittent fasting to support the health and biogenesis of your mitochondria.