How Gut Bacteria Influence Your Metabolism

Hippocrates once said that “all disease begins in the gut,”1 and the more we learn, the more accurate that statement proves to be. As noted in a 2018 paper:2

“While often-quoted figures suggest that the microbes that live in and on the human body outnumber human cells by 10:1, a more recent estimate suggests that we are essentially one part human to one part microbe in terms of cell number.3

These commensal microorganisms have a vital role in human health. They break down otherwise indigestible dietary fibres and other components of food, produce vitamins, promote the development and maturation of the immune system, and prevent pathogenic bacterial species from colonizing the gut.”

According to evidence cited in this paper, of the 1,000 or so gut bacteria we know of, any given individual will have around 160 different species of bacteria colonizing their gut. This individual combination is known as your gut microbiome, and can have a tremendous influence on health and well-being.

The diversity of your gut microbiome begins to be established when you are an infant, and is affected by genetics, whether you are breast or bottle fed, and your immediate environment. Later in life your microbiome is significantly affected by your food choices.4

Diets high in sugar and processed foods may reduce the diversity and your overall health, while diets high in whole foods high in fiber tend to have a beneficial impact.

For example, a number of studies have found obese individuals tend to have a less diverse gut microbiome,5 in addition to having greater numbers of certain harmful bacteria and fewer beneficial ones.

Studies have shown obesity is associated with as much as a 40% decrease in diversity,6 and that improving that diversity through probiotic supplementation can help resolve metabolic defects, resulting in fat loss.7

There’s also a link between abnormal bowel movements and obesity, according to research8 published in September 2019. As reported by Medical Xpress:9

“In the most comprehensive analysis of the relationship between Body Mass Index (BMI) and bowel habits to date, published today in Alimentary Pharmacology & Therapeutics, a team of physician-researchers at Beth Israel Deaconess Medical Center (BIDMC) found a strong association between obesity and chronic diarrhea independent of an individual’s dietary, lifestyle, psychological factors or medical conditions …

‘While several previous studies have pointed to an association between obesity and bowel habits, all lacked data on whether dietary or other factors drive the connection,’ said corresponding author Sarah Ballou, Ph.D., a health psychologist in the Division of Gastroenterology, Hepatology, and Nutrition at BIDMC.

‘Our research confirms a positive association between obesity and chronic diarrhea and reveals for the first time that this relationship is not driven by confounding factors such as diet or physical activity level.’”

Looking at data from the 2009-2010 National Health and Nutrition Examination Survey, the researchers found 8.5% of obese and 11.5% of severely obese individuals reported chronic diarrhea, compared to 4.5% of those with normal weight. “Stepwise regression revealed that severe obesity was independently associated with increased risk of diarrhea,” the authors say.

Unfortunately, this study cannot shed light on why this is happening. One hypothesis is that chronic low-grade inflammation is at play. Not only is chronic inflammation a factor in obesity,10 but it can also contribute to diarrhea.

Systemic inflammation is also believed to be one of the leading triggers for other serious diseases, including neurological degeneration,11 Type 2 diabetes12 and cardiovascular disease13 — all of which, by the way, are also associated with obesity.

Committing to making changes to your gut microbiome can do far more than improve your bowel habits. Your gut health is important to most aspects of your health, including reducing your risk for cancer, metabolic syndrome and depression.

Improving your microbiome can be as simple as increasing your intake of fermented foods or taking a quality protiotic supplement. Previous research has demonstrated that probiotics — beneficial bacteria found in fermented and cultured foods such as yogurt — have a measurable effect on your metabolism.

One such study,14 published in 2008, found the bacterial strains Lactobacillus paracasei and Lactobacillus rhamnosus affected a number of different metabolic pathways, including the metabolism of:

As reported by Science Daily:15

One of the many biochemical changes observed by the researchers was a change in how mice treated with probiotics metabolized bile acids. These acids are made by the liver and their primary function is to emulsify fats in the upper gut. If probiotics can influence the way in which bile acids are metabolized, this means they could change how much fat the body is able to absorb.”

While some claim taking probiotic supplements or eating fermented foods won’t have a significant impact on your microbiome, this particular study found otherwise. As noted by corresponding author Jeremy Nicholson with the department of biomolecular medicine at Imperial College:16

“Some argue that probiotics can’t change your gut microflora — whilst there are at least a billion bacteria in a pot of yoghurt, there are a hundred trillion in the gut, so you’re just whistling in the wind.

Our study shows that probiotics can have an effect and they interact with the local ecology and talk to other bacteria. We’re still trying to understand what the changes they bring about might mean, in terms of overall health, but we have established that introducing ‘friendly’ bacteria can change the dynamics of the whole population of microbes in the gut.”

So, can probiotics actually have a beneficial impact on obesity? A number of studies suggest the answer is yes. Among them is a 2013 animal study,17 which found the probiotics Lactobacillus gasseri BNR17, found in human breast milk, act as an obesity inhibitor and antidiabetic.

According to the authors, “The administration of L. gasseri BNR17 significantly reduced the body weight and white adipose tissue weight regardless of the dose administered.” Such findings jibe well with studies18 showing breastfed babies have a significantly lower risk of childhood obesity.

In another study19 published that same year, obese participants with a fasting blood sugar level above 100 mg/dL were given either BNR17 or a placebo for 12 weeks. At the end of the study, the treatment group had shed more body fat than the controls. As reported by the authors, “Despite there being no change in behavior or diet, administration of only the supplement of BNR17 reduced weight and waist and hip circumference.”

Lactobacillus gasseri has also been shown to ease symptoms of irritable bowel syndrome and ulcerative colitis,20 thanks to its anti-inflammatory effects. L. gasseri is also one of four bacterial strains shown to help eradicate Heliobacter pylori,21 a primary cause of stomach ulcers.

A more recent review,22 published in the journal Nutrients in February 2019, sought to “present evidence … demonstrating the effects of various probiotic strains and their potential efficacy in improving obesity and associated metabolic dysfunctions.” As noted in this paper:23

“A large body of evidence has described several possible mechanisms by which the gut microbiota can contribute to, and/or influence, obesity.

Although so much is still unknown and debatable, thus far there is a general consensus that the gut microbiota is implicated in obesity through dietary carbohydrate fermentation, lipogenesis, excess energy storage, and several other pathways including a vast array of metabolites, hormones and neurotransmitters, some of which are known to control food intake and the regulation of energy balance.” 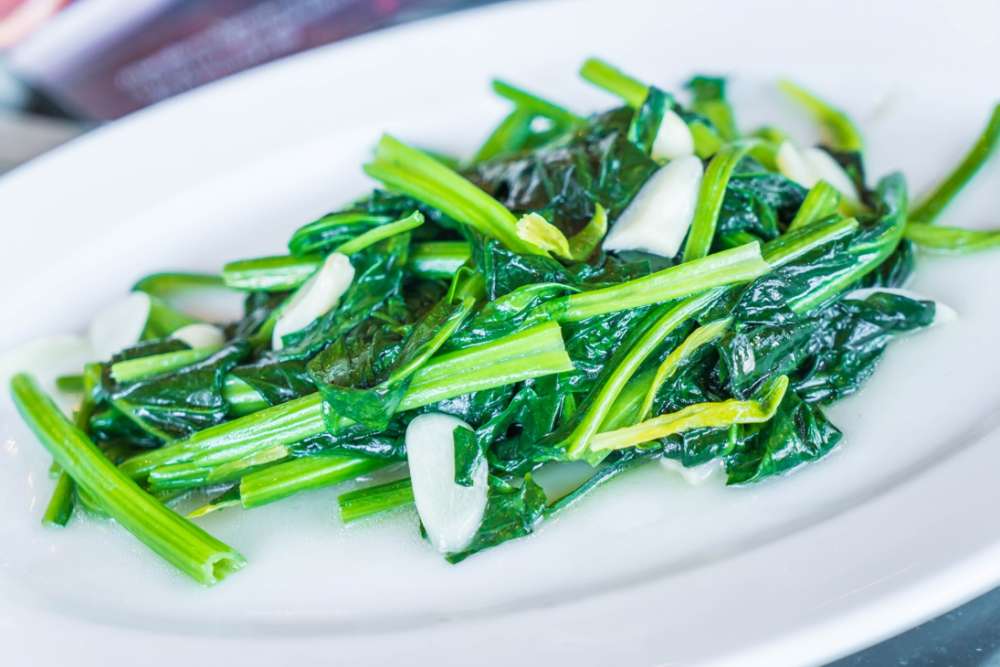 How Gut Bacteria Can Influence Your Fat Stores

As explained in the 2019 Nutrients review,25 in your gut, these bacteria protect your health by “displacing harmful bacteria, competing with pathogens for nutrients and producing antimicrobial factors.”

Structural functions provided by them include “developing the immune system, inducing immunoglobulin A (IgA), and reinforcing the mucosal barrier,” while metabolic functions “benefit the host by synthesizing vitamin K, folate and biotin” and play a role in the absorption of minerals such as magnesium, calcium and iron.

Importantly, gut bacteria also help break down the foods you eat and ferment digestive-resistant starches, turning them into beneficial SCFAs, which help modulate your immune response and inflammation.26 As explained in the 2019 Nutrients review:27

“Degradation of dietary polysaccharides and fiber by Bacteroides and Firmicutes in the gut results in the production of SCFAs, such as propionate, acetate, and butyrate.

Furthermore, microbiota is involved in the control of energy balance, food intake, and satiety via gut peptide signaling, through hormonal effects in the blood or by modulating the nervous system directly. The appropriate balance of these regulatory peptides may be disrupted if the microbiota composition is altered …

Since SCFAs play such an important role in fat accumulation, the two phyla that produce SCFAs, Firmicutes and Bacteroidetes, may be used as markers for obesity. As noted in the 2019 review, obese individuals tend to have higher proportions of Firmicutes and Lactobacillus and lower proportion of Bacteroidetes and Bifidobacterium compared to normal weight individuals.28

Low levels of certain bacteria in the Firmicutes phylum, including Blautia and Faecalibacterium, have been linked to the accumulation of trunk-fat specifically.29 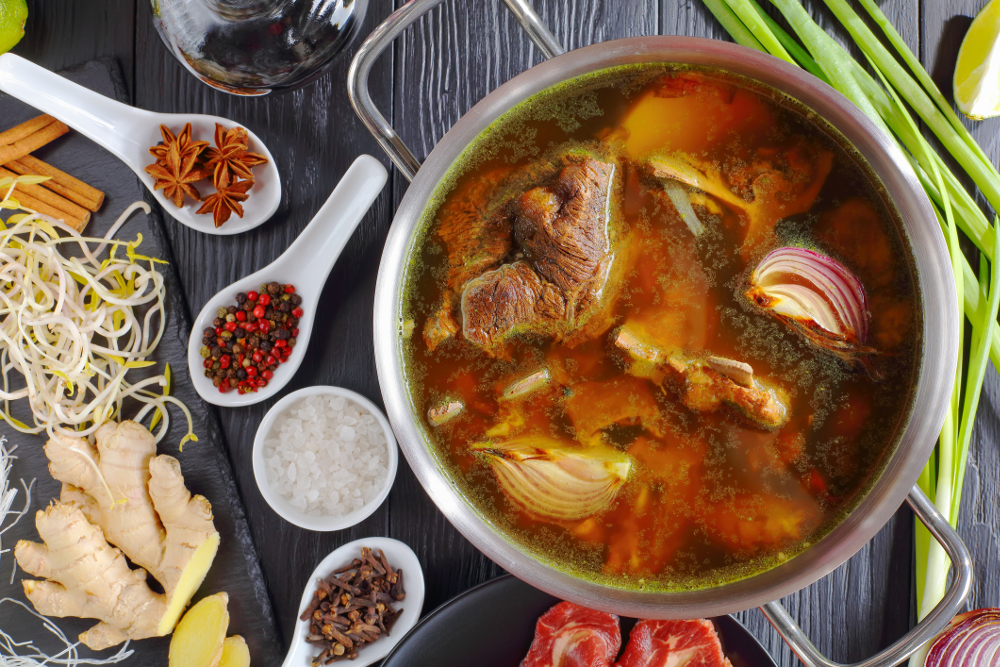 How Probiotics Can Benefit Your Health and Weight

The 2019 Nutrients review also details the mechanisms by which supplementation with probiotics can improve your health and weight. Key areas of influence include:30

While individual strains of bacteria have been linked to specific health effects such as reductions in trunk fat or lowered inflammation, several studies have demonstrated that multi-strain probiotics may be more beneficial than single-strain ones, as they tend to create synergistic effects.31

An Easy, Inexpensive Way to Improve Your Gut Microbiome

While probiotic supplements are widely available, few can compete with traditionally fermented foods, in terms of the diversity and sheer number of probiotics.

Fermented foods are also your least expensive alternative, as you can easily make them at home. Using a starter culture will speed the process and ensure you’ll end up with a consistent, high-quality product.

Remember, your diet is one of the easiest, fastest and most effective ways to improve and optimize your microbiome, so the good news is you have a great degree of control over your health destiny. For instructions and general guidance, see “Learn How to Make Cultured Veggies at Home.”