How Artificial Sweeteners Destroy Your Gut 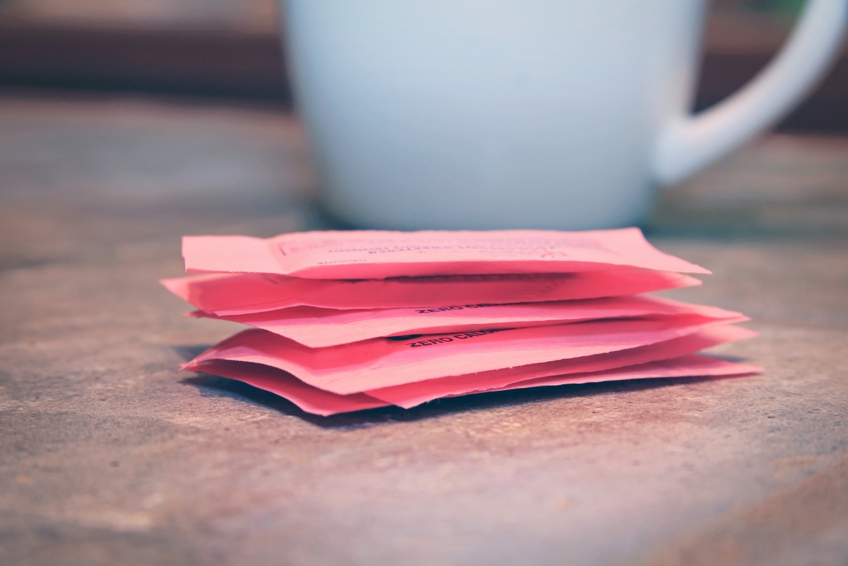 Scientists have found that three of the most popular artificial sweeteners, including sucralose (Splenda), aspartame (NutraSweet, Equal and Sugar Twin) and saccharin (Sweet’n Low, Necta Sweet and Sweet Twin) have a pathogenic effect on two types of gut bacteria.1

Specifically, research using lab data was published in the International Journal of Molecular Sciences2, which demonstrated these common sweeteners can trigger beneficial bacteria to become pathogenic and potentially increase your risk of serious health conditions. This is the first study that demonstrated how two types of beneficial bacteria can become diseased and invade the gut wall.

The bacteria studied were Escherichia coli (E. coli) and Enterococcus faecalis (E. faecalis). As early as 2008,3 researchers found that sucralose lowered your gut bacteria count by at least 47.4% and increased the pH level of your intestines. Another study found that sucralose had a metabolic effect on bacteria and could inhibit the growth of certain species.4

The current molecular research from Angelia Ruskin University5 found that when E. coli and E. faecalis became pathogenic, they killed Caco-2 cells that line the wall of the intestines. Much of the past research demonstrating a change in gut bacteria had used sucralose.

However, data from this study6 showed that a concentration from two cans of diet soft drinks, using any of the three artificial sweeteners, could significantly increase the ability of E. coli and E. faecalis to adhere to the Caco-2 cells and increase the development of bacterial biofilms.

When bacteria create a biofilm, it promotes the invasion of the intestinal cell wall. Biofilms make bacteria less sensitive to treatment and more likely to express virulence that causes disease. Each of the three sweeteners tested also triggered the bacteria to invade the Caco-2 cells, with one exception.

The researchers found that saccharin did not have a significant effect on E. coli invading the Caco-2 cells. Havovi Chichger, Ph.D., lead author and senior lecturer in Biomedical Science at Anglia Ruskin University, spoke about the results of the study in a press release:7

“There is a lot of concern about the consumption of artificial sweeteners, with some studies showing that sweeteners can affect the layer of bacteria which support the gut, known as the gut microbiota.

Our study is the first to show that some of the sweeteners most commonly found in food and drink — saccharin, sucralose and aspartame — can make normal and ‘healthy’ gut bacteria become pathogenic. These pathogenic changes include greater formation of biofilms and increased adhesion and invasion of bacteria into human gut cells.

These changes could lead to our own gut bacteria invading and causing damage to our intestine, which can be linked to infection, sepsis and multiple organ failure.”

Unfortunately, for many people, their sweet tooth has become an addiction, fueled by a food industry that continues to develop highly palatable, inexpensive and ultraprocessed foods loaded with sugar as well as artificial sweeteners. As such, the diet industry has become a cash-cow market for lab-created, low-calorie foods manufacturers promote for weight loss.

As the incidence of obesity14 and obesity-related health conditions15 continues to skyrocket, manufacturers seek out “perfectly engineered food”16 to drive sales and consumption.

Consequently, the obesity epidemic is one of the most important global public health challenges today, associated with 4.7 million premature deaths worldwide in 2017.17 Recent research suggests artificial sweeteners may contribute to a greater range of health conditions than we have thus far identified.18

It is important to recognize that even though artificial sweeteners have very few or no calories, they are still metabolically active.19 The New York Times20 reported that the FDA announced it was banning saccharin in foods and beverages in 1977 because it was linked to the development of malignant bladder tumors in laboratory animals. However, saccharin is now approved for use by the FDA, which says:21

“In the early 1970s, saccharin was linked with the development of bladder cancer in laboratory rats, which led Congress to mandate additional studies of saccharin and the presence of a warning label on saccharin-containing products until such warning could be shown to be unnecessary.

Since then, more than 30 human studies demonstrated that the results found in rats were not relevant to humans, and that saccharin is safe for human consumption.”

But just because the FDA has approved something doesn’t mean it’s good for you. Scientists have explained that many studies have linked artificial sweeteners to an increased risk for obesity, insulin resistance, Type 2 diabetes and metabolic syndrome. A paper published in Physiology and Behavior22 presented three mechanisms by which artificial sweeteners promote metabolic dysfunction:

As past and recent research has demonstrated, artificial sweeteners have a significantly different effect on your gut microbiome than sugar. Sugar is detrimental because it tends to feed harmful microbes, yet the effects of artificial sweeteners may be worse, as they are downright toxic to gut bacteria.

One animal study23 published in the journal Molecules analyzed six artificial sweeteners including saccharin, sucralose, aspartame, neotame, advantame and acesulfame potassium-K. The data showed they all caused DNA damage in, and interfered with, the normal and healthy activity of gut bacteria.

Diet Drinks Increase the Risk of an Early Death

One 20-year, population-based study24 of 451,743 people from 10 European countries discovered there was also an association between artificially sweetened drinks and mortality. The researchers excluded participants who had previously had cancer, stroke or diabetes.

At the final tally, 71.1% of the participants in the study were women. The results showed that there was a higher all-cause mortality in people who drank two or more glasses each day of soft drinks, whether they were sugar-sweetened or artificially sweetened.25

The researchers measured one glass as equivalent to 250 milliliters (8.4 ounces),26 which is less than the standard 330 milliliters (11.3 ounces) per can sold in Europe.27 In other words, the results of the study were based on less than two cans of soda each day.

The researchers found 43.2% of deaths were from cancers, 21.8% from circulatory disease and 2.9% from digestive disorders.28 Compared to those who drank fewer soft drinks (less than one per month) those drinking two or more per day were more likely to be young, smokers and physically active.

The data showed there was a link between artificially sweetened soft drinks and death from circulatory diseases and an association between sugar-sweetened soft drinks and death from digestive diseases.29 This suggests that policies aimed at cutting or reducing sugar consumption may have disastrous consequences when manufacturers reformulate their products using artificial sweeteners.

During the high aspartame period, individuals suffered from depression, headache and poor mood. They performed worse on spatial orientation tests, which indicated aspartame had a significant effect on neurobehavioral health.

A second study32 evaluated whether people with diagnosed mood disorders were more vulnerable to the effects of aspartame. Researchers included 40 individuals with unipolar depression and those without any history of psychiatric disorder. The study was stopped after 13 completed the intervention because of the severity of the reactions.

A further animal study35 determined that sucralose affected animal liver, “indicating toxic effects on regular ingestion.” The finding suggests “sucralose should be taken with caution to avoid hepatic damage.”36 Scientists have found a long list of symptoms associated with consuming sucralose. These have included migraine headaches,37 raised risk of Type 2 diabetes38 and enlargement of the liver and kidneys.39,40

Sugar Alternative Has a Unique Action on Blood Sugar

There are several plant-based sugar substitutes, including Stevia, Lo Han Kuo and allulose. Stevia is a sweet herb from the South American stevia plant. It’s sold as a supplement and can be used to sweeten the most dishes and drinks.

Lo Han Kuo is similar to Stevia but a bit more expensive. Another natural option is allulose. Although the market in Japan is significant,41 it is relatively unknown in the West. Allulose is found in small quantities in some fruits and was given a generally regarded as safe (GRAS) food designation by the FDA.42

Researchers have said the compound has an energy value of “effectively zero,”43 which suggests this rare sugar may be useful as a sweetener for obese people to aid in weight reduction.

In addition to contributing little to no calories, allulose elicits a physiological response that may help to lower blood glucose, reduce abdominal fat and reduce fat accumulation around the liver.

14 Centers for Disease Control and Prevention