How a Vegetarian Diet Sets the Stage for Alzheimer’s (and Why You Should Eat More Eggs & Liver!) 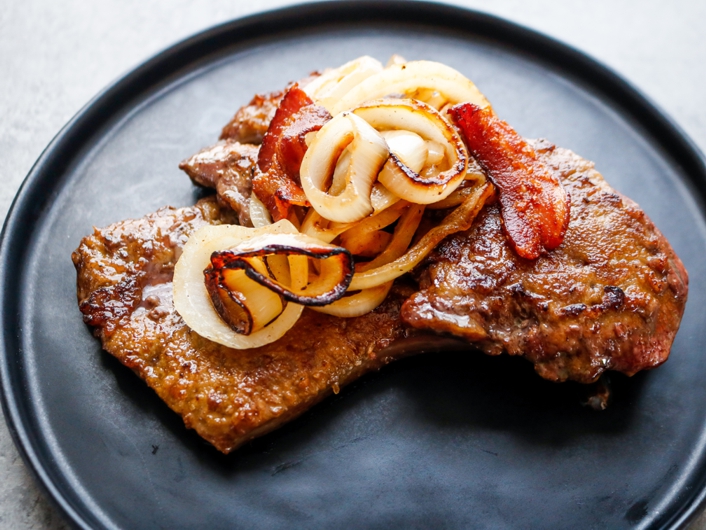 It seems nearly every week there is a new documentary, promoting the idea that a vegetarian or vegan diet is optimal for your health… and that of the planet. This advice has even made its way into the statements and recommendations of our public health authorities.

Some so-called health “experts” even promote a “plant-based” lifestyle for pregnant and nursing mothers. From verdant green juices and bright-hued smoothies, to colorful, crunchy salads and sweet fruits, expectant mothers are encouraged to eat more fruits and vegetables for the health of their developing child.

Many well-meaning, moms-to-be take this notion a step further, shunning animal products altogether. But ancestral wisdom – and recent research – shows eating a vegetarian diet during pregnancy is one of the WORST things you can do for the long-term health of your child.

One reason for this is a critical nutrient – not vitamin B12 – that is ONLY found in adequate amounts in animal products. This nutrient is vital for developing brains and memory and plays a role in the health of every cell in your body.

And according to the Institute of Medicine, only 10% of Americans consume an “adequate” amount. That means YOU are probably deficient.

Today, you’ll learn about this little-known nutrient, found predominantly in animal foods. We discuss why it is so critical (especially during pregnancy) … plus, how much you need and the best sources.

Extensive research documents the benefits of regenerative farming for the health of the planet and the reduction of carbon emissions. And yet the proponents of vegetarian and vegan diets continue to claim their way of eating is better for the Earth… and better for your health.

But as the research on human nutrition continues to mount, it is clear that a vegetarian diet is inadequate for optimal health. And the deficiencies caused by this way of eating can have dire, long-term consequences.

Because choline is only found in significant concentrations in eggs, organ meats, beef, pork, dairy products, fish, and chicken – with very small amounts in plant foods – those who shun animal products set the stage for deficiency in this long-overlooked nutrient.

Writing in the aforementioned journal, Dr. Emma Derbyshire voices her concern about current trends “towards meat reduction and plant-based diets.” She goes on to state that:

“Given the important physiological roles of choline and authorization of certain health claims, it is questionable why choline has been overlooked for so long in the UK ”.1

Unfortunately, research shows a choline deficiency can set the stage for a wide range of health problems – ranging from Alzheimer’s to cancer. What’s more, new evidence shows that these disease processes can actually begin in the womb when an expectant mother consumes inadequate amounts of choline…

Prevent Alzheimer’s… in the Womb?

Researchers at the University of North Carolina found that choline plays a critical role in helping fetal brains to develop the regions associated with memory.

In the study, researchers divided pregnant mice into two groups. The first group received no choline. The other received feed enriched with 1.1g of choline per kilogram of food.

The group that received no choline experienced changes in the genes that regulate the creation and maturation of neuron cells. This negatively impacted the regions of the brain associated with memory.

Dr. Gerald Weissmann, the Editor in Chief of the FASEB Journal, where this study was published, states:

“This is yet another example showing that good prenatal nutrition is vitally important throughout a child’s entire lifetime.”2

The researchers discovered that in the presence of adequate choline, stem cells – which are the “parents” of brain cells – divide and reproduce more than they do when choline is scarce or unavailable.

In other words, more choline in the diet equates to more brain cells. This can have profound positive effects on the brain’s physical development in the womb. And it can translate to better memory – for a lifetime!

Speaking of this study, Dr. Steven H. Zeisel, who heads the nutrition department at the UNC School of Public Health & Medicine says:

“We discovered that the diet during pregnancy turns on or turns off division of stem cells that form the memory areas of the brain. Once you have changed formation of the memory areas, we can see it later in how the babies perform on memory testing, once they are born. And the deficits can last a lifetime.”3

Methylation is a process that refers to the rather simple (yet profoundly important) transfer of a methyl group – consisting of one carbon atom and three hydrogen atoms (CH3) – from one substance to another.

It might not sound like much, but this process is vitally important to every cell in your body! Methyl groups help cells communicate with each other. They are used to turn genes on and off. They help produce neurotransmitters. And they have been shown to reduce inflammation and boost detoxification.4

It’s no wonder that optimized “methylation” reduces the risk of almost every chronic illness, including cancer, heart disease, depression, Alzheimer’s and more!

And because choline is such a rich source of methyl groups, this vital compound plays an indispensable role in methylation. Without it, every cell, tissue and organ system in your body will suffer.

Choline: Are You Getting Enough?

Now that you’ve learned how vitally important choline is, you may be wondering:

Am I getting enough?

While humans can produce choline in the liver, the amount your body can naturally synthesize is not sufficient. This compound must be obtained from your diet.5

Unfortunately, according to the Institute of Medicine, only 10% of Americans are consuming an “adequate” amount of choline. Here’s a table illustrating the Adequate Intakes (AI) for Choline, by age and gender:

Unfortunately, most plant foods contain very little choline. So vegetarians are at high risk for deficiency. The richest plant sources are collards, Brussels sprouts, broccoli, crimini mushrooms, asparagus and cauliflower. However, these foods provide only about 17-60 mg per cup, making it difficult to consume anything more than the bare minimum on a vegetarian diet.

Another bit of good news for those who love animal foods is that choline is stable at high temperatures. That means you can enjoy your favorite choline-rich foods cooked, without reducing its concentration or effectiveness. Here are a few delicious meal ideas and the approximate amount of choline they provide: