What Is a Heritage Turkey? Breeds, Taste, & Where to Buy 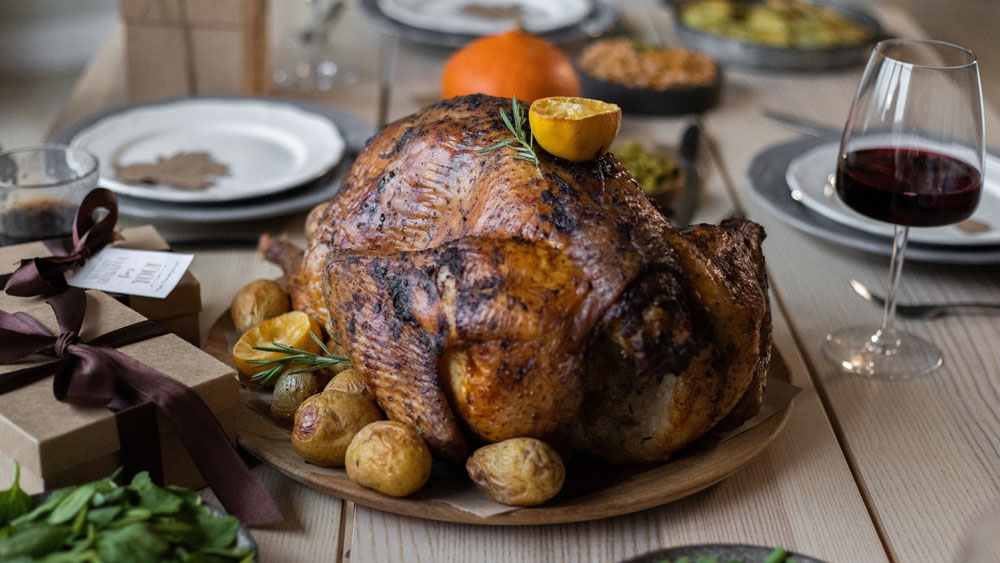 Heritage turkeys and the slow food movement at large are a reaction against the mass industrialization and monocultural approach of today’s food industry. Americans are beginning to understand the incredible toll industrialized meat and poultry have on our environment and bodies (not to mention our taste buds), which also explains the popularity of grass-fed beef and booming CSA memberships.

Part of slow food’s mission is to prevent the disappearance of local species of animals that were once a fundamental part of our ancestors’ diet. Heritage turkeys are an example of these classic breeds, and today we’re going to:

What is heritage turkey?

Heritage is a type of turkey that’s different from most mass-produced turkeys and closely resembles the characteristics, behaviors, and growth patterns of wild turkeys.

The Livestock Conservancy defines a Heritage Turkey as being naturally mating, having a long and productive outdoor lifespan, and a slow growth rate. This is a reaction to industrialized turkey breeds like the Broad Breasted Whites that are artificially inseminated, have the pituitary gland removed to encourage non-stop eating and rapid weight gain, and have been modified to produce larger breasts.

Even though heritage turkey is rising in prominence, they still represent an extremely small portion of turkeys sold[*]. In fact, genetically identical Broad Breasted Whites make up 99% of the 300 million turkeys sold each year in the States[*].

Heritage turkeys are attractive for many reasons: they represent an older way of growing poultry, and people (and the science) are catching up to the fact that if you let animals grow up as naturally as possible, it’s better for the environment, your taste buds, and your body.

Both heritage turkeys and pasture-raised birds taste better than their mass-produced and confined counterparts, which make up the majority of turkeys Americans consume on Thanksgiving. The meat tends to be dense, tasty, and rich.

Heritage turkeys, in particular, will look different than what you’re used to. They will have longer drumsticks, smaller breasts, and have more subcutaneous fat around the opening of the neck, which is a sign that the turkey spent more of its life outdoors and developed natural fat stores to help keep it warm through the winter[*].

Are heritage turkeys worth the money?

Heritage turkeys are significantly more expensive than supermarket turkeys. This is due to a variety of reasons, including their slower growth rate (which means they need to be fed for longer periods of time), and the fact that small farmers who choose to raise heritage turkeys don’t have access to the massive industrial machines that make processing turkeys cheaper.

The taste is better, but not so much that it should be the main motivation for your choice. Choosing heritage turkey is a statement. It’s a way to preserve species and promote slow food, variety of breeds, and natural approaches to nutrition in our society. You’re also supporting small farms with this choice.

Whether or not that’s worth the price tag is up to you, but we at least encourage you to consider buying pasture-raised birds over mass-produced birds. Even if a bird is the same species, the way it is raised and the feed it consumes has a big effect on the nutritional profile, taste, and sustainability of the turkey.

Pasture-raised turkeys aren’t heritage birds, but they are the next best thing. Pasture-raised means the turkeys have ample room to roam and graze on new pastures for the entirety of their lives. They aren’t kept in cramped, disease-ridden warehouses, pumped full of antibiotics, or fed GMO and processed feed, and they are generally sourced from smaller farms.

Even though the turkeys aren’t always a heritage breed, they are raised as naturally as possible. This blends some of the convenience of industrialization (lower costs, more meat) with the nutritional and environmental benefits of natural food (cleaner, more nutrients, and better tasting).

See the farms that we use for our pasture-raised turkey.

How to buy heritage turkeys

You’re not likely to find heritage turkeys at the supermarket. In rare cases you may find them at specialty markets or farmers markets, but generally speaking you have two main options when looking to buy heritage turkeys. You can look up local farms in your area or opt for an online heritage turkey (just make sure you confirm the breed is legitimate).

Aim for 1 and ½ pounds per person.

Buy more than you think you need. Heritage turkey have heavier bones, so you’re paying more for bones than with a non-heritage turkey. Aim for ~1 and ½ pounds per person instead of 1[*].

Order ahead of time.

Because heritage turkey is sourced from smaller farms, they have a limited supply. The earlier you can get on the list, the less chance you have of settling for a subpar turkey.

How to cook heritage turkey

You can approach heritage turkeys just like their broad-breasted counterparts. Remember to allow plenty of time for it to thaw (how many Thanksgiving dinners have been postponed due to it taking forever to defrost), cook it to 180 degrees, and allow the bird to cool for 10 minutes to prevent the juices from spilling out.

Here’s how our friends Hayley and Bill at Primal Palate cook their Thanksgiving Turkeys:

The bottom line on heritage turkey

Heritage turkeys are classic breeds of turkeys that are raised free-range and naturally mate, among other characteristics as defined by the Livestock Conservancy. They are as close to wild turkey meat as you can get, and they are part of a movement to bring slow food and natural agriculture back to the West.

Heritage turkeys taste great, but they are expensive. If you’d like to buy great turkeys for your body, taste buds, and environment but still prefer the convenience of more common breeds, opt for pasture-raised, free-range birds.

Get the perfect pasture-raised, non-GMO turkey for your Thanksgiving

Preparing for a larger gathering of friends and family? Or maybe you just want lots of leftovers for casseroles, soups, sandwiches? Either way, our amazing pasture-raised turkeys are ready to bring the savory smells and flavors to your home.

Order the best pasture-raised, free-range turkey you can find straight to your door, right now.