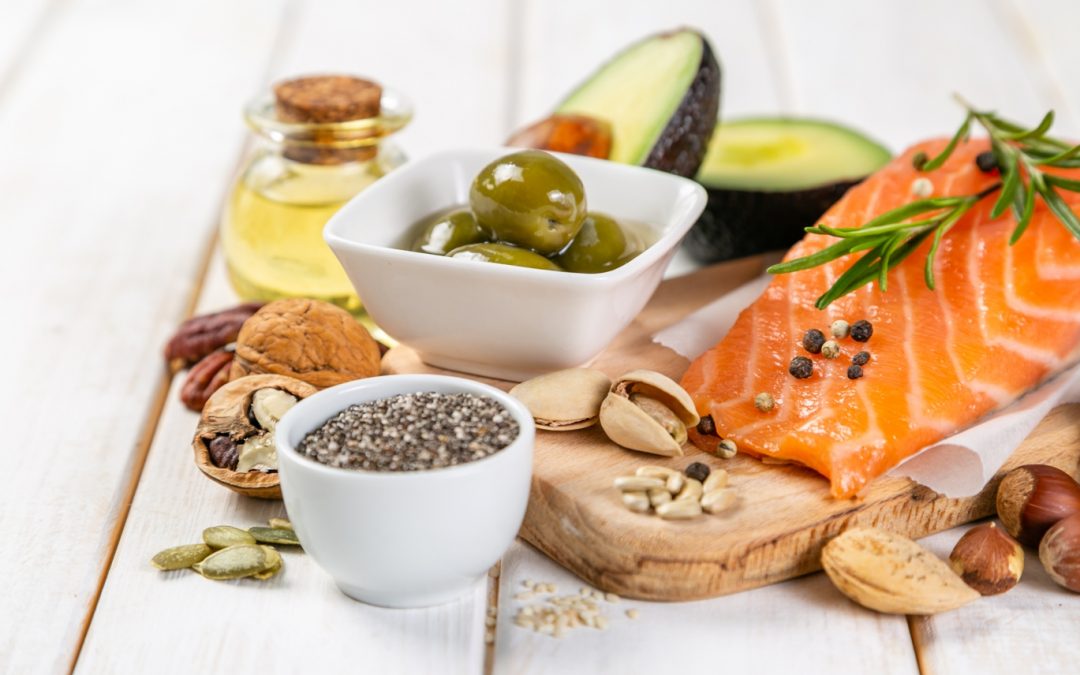 For many years I’ve been recommending that you eat a diet rich in healthy saturated fats, and avoid vegetable oils and trans fats. Over the past decade, public opinion has turned against partially hydrogenated oil, a source of trans fatty acids, a movement that triggered many restaurants to substitute with 100% vegetable oil.

Even the Food and Drug Administration has found partially hydrogenated oils to be unsafe, determining they are not “generally recognized as safe,”1 and announced that removing them “from processed foods could prevent thousands of heart attacks and deaths each year.”

The product was originally developed to extend the shelf life of food.2 The process starts with vegetable oil, then hydrogen is added, causing the product to become a soft solid at room temperature instead of a liquid. These fats can be found in baked goods, shortening, frozen pizza, microwave popcorn and refrigerated dough.

However, the substitution with vegetable oil is just as bad, if not worse. When heated, vegetable oils degrade, producing cyclic aldehydes linked to neurodegenerative diseases.3 They’re also a concentrated source of omega-6 linoleic acid, whose effects over time can lead to a severe imbalance in your omega-6 to omega-3 ratio.

While the name may sound healthy, many vegetable oils are also a product of genetic engineering and a significant source of glyphosate exposure. Dietary fats are crucial to your health, but the type that you choose makes a world of difference.

As explained in a study4 published in early 2020, researchers from China and the U.S.5 conducted a large-scale study that included 427,678 men and women ages 40 to 69. They sought to explore the hypothesis that omega-3 fats in fish oil have a protective effect on heart health.6

They used a questionnaire at the start of the study and found that 31.2% of all participants consistently used fish oil supplements. They were interested in rates of cardiovascular problems and death among those in the group.

Data were gathered for a median of 9.0 years. They discovered that protection from fish oil was higher in those who had high blood pressure. The results showed:7

These findings indicate that habitual fish oil supplementation could have a marginal benefit for CVD outcomes, but further studies are needed to examine how the dose of fish oil supplements affects its clinically meaningful effectiveness.”

The authors of a number of epidemiological and clinical trials have produced results demonstrating the role omega-3 fatty acids play in reducing the risk of cardiovascular disease. Those with risk factors associated with coronary heart disease benefit from omega-3 fats.8

Supplementation may also reduce heart and all-cause mortality, as the featured study demonstrated. The American Heart Association recognizes that omega-3s:9

Each of these helps lower your risk of heart disease. Omega-3 fatty acids are a powerful addition to your health regimen; however, balancing them against your omega-6 intake, as I discuss below, is crucial to maintaining optimal health and reducing your risk of chronic diseases.

In one study10 of 84,688 nurses who were followed over 16 years, researchers analyzed their omega-3 intake and compared the health outcomes of those who rarely ate fish (less than once per month) to those who ate the greatest amount (five or more times each week). They found that those with the highest intake had the lowest risk of coronary heart disease.

Another group of scientists11 used a medication described as a “highly purified eicosapentaenoic acid ethyl ester” that is “a synthetic derivative of omega-3 fatty acid.”12 Data were gathered from 8,179 participants who were followed over 4.9 years.

They found that those taking the medication experienced a significantly lower number of ischemic events than those taking a placebo, including those taking statin medications. The researchers concluded:13

But your heart isn’t the only organ or system that benefits from omega-3 fats. An increased intake is also related to a reduced risk of Parkinson’s disease,14 protection against metabolic syndrome effects in the brain15 and an improvement in symptoms of premenstrual syndrome.16

Not All Omega-3s Are Created Equally

There are three main types of omega-3 fats, all of which are important to your health. These are alpha lipoic acid (ALA), eicosapentaenoic acid (EPA), and docosahexaenoic acid (DHA). The majority of ALA is found in plants, while DHA and EPA are found fatty fish.17 Each are essential fatty acids, which means you must get them from your food.

Although your body can convert a small amount of ALA to EPA and DHA, the amount is minute and not nearly enough to support optimal health.18 The fats also play unique roles as 90% of the fat in your brain is DHA19 and EPA is of particular importance to heart health.20

EPA and DHA have been shown to improve blood pressure,21 reduce inflammation affecting rheumatoid arthritis,22 improve depression23 and help slow the progression of Alzheimer’s disease.24 The importance of DHA to neurological function is explained further in the comments from those researching Alzheimer’s disease:25

“The essential DHA is selectively enriched in neuronal tissues especially in neuronal and synaptic membranes, oligodendrocytes, and also subcellular particles such as myelin and nerve endings. With aging, and especially among patients with AD, DHA levels in the brain tend to decrease.”

“Studies in animal models of AD suggest that deficiency of DHA in neural tissue leads to behavioural deficits, ultimately leading to neurodegeneration and cognitive dysfunction similar to that in patients with AD. Furthermore, experimental evidence suggests that DHA decreases with age, particularly in regions of the hippocampus which are crucial for higher brain functions such as memory formation and cognition.”

Advantages of Krill Over Fish Supplements

In a perfect world, you could get omega-3 fatty acids by eating fatty fish. But, increasing and alarming levels of dangerous heavy metals and contaminants are found in most marine fish, which has caused many to search for supplements like fish oil and krill oil.

One of the advantages of krill oil is that it’s extracted from sustainable crustaceans living in the pristine waters of Antarctica. Because krill feed on plankton they don’t have a bioaccumulation of toxins that affect other cold-water, wild-caught or farmed fish such as halibut, salmon and albacore tuna.

Krill oil also has a higher potency than fish oil,26 which means you need less to realize the same benefits. One explanation for higher potency may be the phospholipids found in krill oil that are not present in fish oil.27

Fatty acids are water soluble but require a lipoprotein vehicle to be transported in your blood. The phospholipids in krill oil mean your body can more readily absorb and transport it. The omega-3 fatty acids in fish oil are attached to triglycerides that are not as well absorbed by the body.

Fish oil is also prone to oxidation, which leads to the formation of free radicals and consequently a greater need for antioxidants.28 On the other hand, krill oil is more stable, resistant to oxidation and contains one of the most potent antioxidants known in nature — astaxanthin.

As I’ve written before, in addition to the benefits from omega-3, krill oil also enhances glucose metabolism, promotes lipid metabolism and helps regulate the mitochondrial respiratory chain, none of which fish oil does. These functions may also help protect against hepatic steatosis, fatty liver disease.

Balance Your Omega-3s and Omega-6s to Protect Your Health

To enjoy optimal health, you must address your omega-6 to omega-3 ratio. Unfortunately, in the past 100 years, an imbalance in that ratio has grown and likely plays a significant role in the skyrocketing rates of disease. Omega-6 fats are found in abundance in processed vegetable oils, processed foods and restaurant fare.

In combination with too little animal-based omega-3, this sets the stage for the development of chronic disease. Omega-6 fatty acids are also essential to good health, so they are not the problem.29 The problem is that most people get far too much omega-6 and not enough omega-3.

An ideal ratio is in the range of 4-2-to-1 of omega-6 to omega-3 fats. If you’re regularly eating processed foods or dining out at restaurants this is nearly impossible to achieve. Seek omega-6 fatty acids in unprocessed forms from plant seeds, tree nuts and other plant-based foods. Aim to reduce your intake of damaged omega-6 by avoiding processed foods and those cooked in vegetable oil at high heat.

Raise your intake of marine-based omega-3 fat from small fatty fish such as sardines, anchovies and herring, along with wild-caught Alaskan salmon. If fish are not your fare, consider supplementing with krill oil.

Optimizing your levels of omega-3 fatty acids is truly a foundational strategy to attaining and maintaining good health. The best way to determine if you’re eating enough food with omega-3 is to get tested.

I firmly believe an omega-3 index test is one of the most important annual health screens that everyone needs. Please note I make no profit from these tests. I merely supply them as a convenience for my readers. It’s the same price whether you buy it from me or directly from GrassrootsHealth.30