Head Cheese: What It Is and How to Eat It 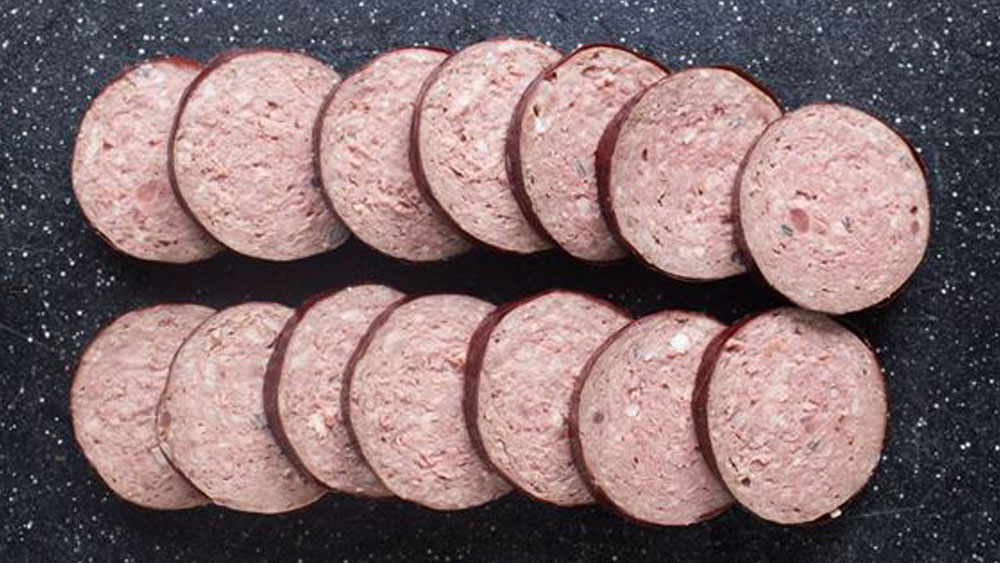 If you like sweetbreads, liver, or any other type of offal — or if you are just looking for something new and delicious to try, you MUST add head cheese to your list. It’s rich, delicious, and isn’t hard to prepare. It’s great on most types of bread or crackers, and it will be a guaranteed appetizer hit at any event you throw!

Let’s start with the basics.

What is head cheese?

Head cheese is an organ sausage or meat jelly often served cold or at room temperature, typically made with meat from the heads of pigs or calves.

What is head cheese made of?

Just to be clear, head cheese does not mean the brain, ears, or eyes. Usually, head cheese is made with what’s left over after those organs have been removed. It can also be combined with tongue or heart meat.

Originating in Middle Ages Europe, head cheese was popularized when using as much of the animal as possible was important for survival. People cleaned the head as much as possible and made a mixture of what was left. Versions of head cheese are popular all around the world (although they have different names), with types of hog head cheese, beef head cheese, and boar’s head cheese found in continents like America, Europe, and Asia.

It’s served as a meat jelly because the natural collagen found in the head solidifies together as the head cheese is cooked and cooled. It’s often served as a spread to capitalize on this texture.

People called it head cheese to steer people away from the fact that it’s head meat, although there whether head cheese is a better alternative is up for debate. Head cheese also goes by “brawn”, “souse”, or can also appear on area menus under the names tête, testa or pig’s head terrine.

Is there dairy in head cheese?

Nope. Not a single bit! Again, that was just a choice to attract more people to the idea of eating that part of the pig or cow. Head cheese is completely dairy-free, so you have nothing to worry about if you have any sort of lactose intolerance.

How to eat head cheese

You can absolutely dig right in with slices from pre-made rolls, but eating head cheese with thin crackers is common. Treat it like a pâté, and you’ll be on the right track.

You can also approach it like deli meat — toss it on a sandwich with some light mustard and lettuce, and you’ll be set. This is one of my favorite ways to enjoy it. You get the punchiness of the flavor in a more natural setting.

People often order pre-made head cheese sausage rolls or make the rolls themselves from prepared head cheese meat. You could take the next step back and prepare the head cheese meat yourself, but that’s a lot more work, and if you’re worried about adding the wrong parts of the head into your meat then letting a professional handle it is your best bet.

The meat from the head is extremely tender and rich. If you’ve tried other offal like sweetbreads or pâté, then think of it as a combination between the two. It’s a fantastic savory spread that you’ll want to add to everything. I love to place head cheese toward the beginning of a big meal alongside the charcuterie. It’s a special treat to tide guests over until the bigger meal.

While the seasonings and cuts will vary according to the cultural style the head cheese is made in, cooked head cheese typically has some combination of the following:

That’s part of the fun of making your own head cheese rolls; you can vary the spices and figure out what you like best. Our Beef Head Cheese is an exciting mix of grass-fed beef heart (15%), tongue (15%), and trim (70%) with a robust, smooth flavor, and we’re partial to a simple but effective combination of white pepper, sea salt, and coriander.

Try our 100% grass-fed and grass-finished beef head cheese made with delicious white pepper and coriander!

Since organ meats (offal) and organ sausages have a high concentration of vitamins, minerals, and other nutrients, head cheese has a lot to offer when eaten in moderation.

How to make your own head cheese rolls

Making a roll of head cheese is simple and delicious! It’s kind of like making a turkey soup with a few extra steps. First, you’ll need a cleaned pig head or head cheese end pieces, and then it’s just a matter of boiling the meat, reducing the cooking fats and liquid, and letting it set.

Here’s how to make homemade head cheese, inspired by The Elliot Homestead‘s recipe:

Step 1: Put the head cheese meat or entire head into a big pot and cover it with filtered water.

Step 2: Bring the cuts up to a low simmer, and then put the lid on to simmer for 24 hours or until the meat is extremely tender.

Step 3: Take out the cuts and keep the cooking liquid in the pot. Once the meat cools enough to handle, pick out all the delicious meat bits you can, and discard the rest.

Step 4: Put all of the meat you gathered into a big bowl and start by seasoning it with salt pepper. After you do that, you can use any combination of spices from the list above! That could be coriander, rosemary, garlic — the choice is yours. We recommend erring on the extra salty since we’ll be cooling the head cheese and eating it alongside crackers or bread. It’s okay for it to have a little extra punch.

Step 5: Turn up the heat and bring the cooking liquid back up to an aggressive simmer. Reduce the liquid until it’s nice and thick. This is what we’re about to put into a pan to set!

Step 6: Put the meat in a casserole pan or similar dish and pour the reduced liquid on top. Submerge the meat and spread the liquid around until it’s evenly coated.

Step 7: Throw the pan into the fridge until it sets! It will solidify into a loaf of sorts.

Step 8: Serve with bread, crackers, or whatever you have around and enjoy! Just make sure to eat it within a week, otherwise, you’ll need to freeze the roll.

That’s it! We hope we’ve convinced you to try head cheese. It is such a fantastic cut of meat that is underrated and often overlooked. Don’t let any more time go without trying it!