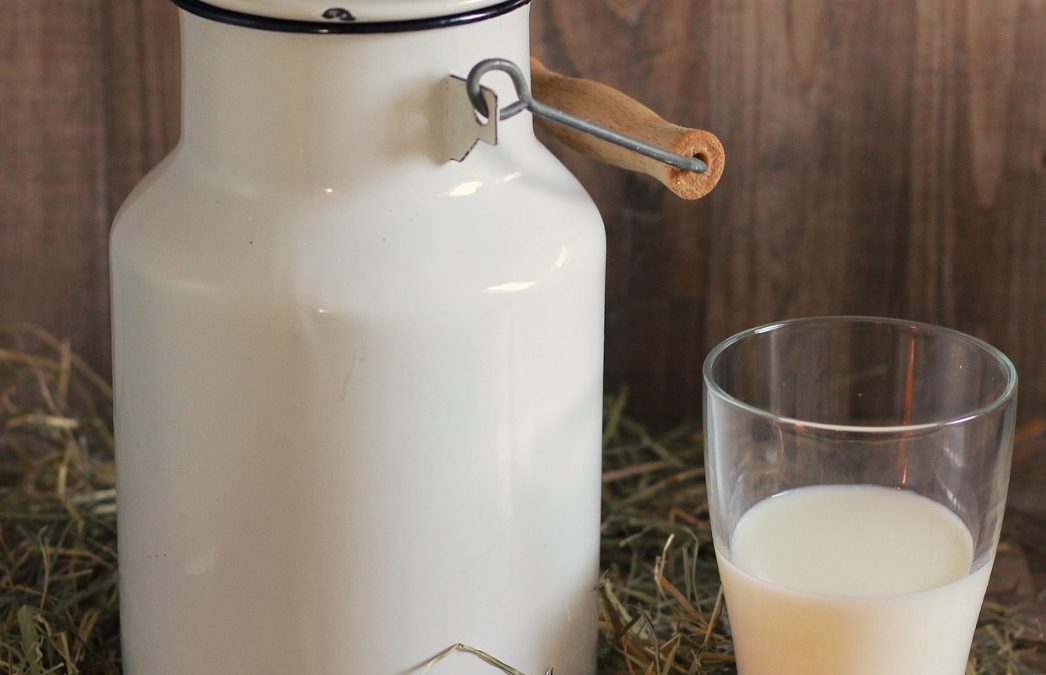 In the past, I’ve written extensively about the differences between dairy from cows raised in concentrated animal feeding operations (CAFOs) and those that are grass fed and raised in a more natural manner. Many of the health and environmental benefits associated with raising and consuming grass fed milk and dairy products originate in the cows’ diets.

Grasses are a cow’s natural food, while corn and other grains that are routinely fed to CAFO livestock, are not. When cows eat grains, it alters the composition of their meat and milk.1 This results in an inferior nutritional profile, which dairy pasteurization continues to reduce.2

In addition to these problems with CAFOs, the use of genetically engineered feed increases the challenges. While the cows would continue to suffer health problems from being fed grain, it would eliminate the high number of toxic herbicides that contaminate the environment and end up in the milk supply.

Cows that are allowed to graze and live outdoors produce high-quality raw milk with many health benefits, including a healthy number of bacteria for your gastrointestinal tract, conjugated linoleic acid and beneficial raw fats, amino acids and proteins in a highly bioavailable form.3

Children who are allowed to drink raw milk have been shown to have a 30% lower risk of respiratory infections and fever,4 and may benefit from “a protective effect for the development of childhood allergic diseases.”5

In a recent study published in BMJ Open Diabetes Research and Care,6 researchers noted that participants who ate at least two servings of dairy products each day had a lower risk of high blood pressure and Type 2 diabetes. In addition, they were at lower risk for metabolic syndrome.7

The researchers used information from the Prospective Urban Rural Epidemiology (PURE) study that included 35- to 70-year-old people from 21 countries across five continents. Some of the countries included Argentina, Bangladesh, Canada, India, Pakistan and the United Arab Emirates.8

By taking data from a broad range of countries, they hoped to determine whether their findings could be generalized, as they were investigating whether there is an association between dairy intake and the prevalence of metabolic syndrome.

The researchers used questionnaires to determine a person’s usual intake of full- and low-fat milk, yogurt and cheese from the past 12 months using milk. Within the study group, the researchers found 112,922 who presented with components of metabolic syndrome.9

Individuals who ate two servings of dairy per day had an 11% to 12% lower risk of developing the combination of high blood pressure and diabetes. Those who said they ate three servings per day had a risk reduction of nearly 14%.10

The results of this study11 supported those of another published in 2017,12 in which researchers found that those who ate and drank the most dairy had a lower body mass index and lower blood pressure.

Scientists from the University of Dublin engaged 1,500 adults to use a food diary to record what they ate over the course of four days. The study team collected blood samples from 897 participants and tested their fasting blood sugar. Emma Feeney, the lead researcher, commented:13

“What we saw was that in the high consumers [of cheese] they had a significantly higher intake of saturated fat than the non-consumers and the low consumers and yet there was no difference in their LDL Cholesterol levels.”

The American Heart Association16 estimates that almost half of all U.S. adults have high blood pressure. From 2005 to 2015, the number of deaths caused by this condition rose nearly 38%. When the guidelines changed in 2017, they estimated that the number increased to nearly 46%.

High blood pressure is a quiet disease that can damage your body before you even know you have it.17 It can affect your arterial system, heart, brain, kidneys, eyes and sexual function. Most of these systems are also adversely affected by high blood sugar and diabetes.

The American Diabetes Association (ADA)18 estimates that 10.5% of the U.S. population had diabetes in 2018. Of those who did, an estimated 7.3 million went undiagnosed. In 2017, diabetes ranked as the seventh-leading cause of death. This was based on death certificates in which diabetes was either the cause of death or mentioned as an underlying cause.

Once the average medical costs were adjusted for age and sex differences, the ADA found that those who had diabetes spent 2.3 times more on health care than those who didn’t. The price tag came to $237 billion for direct medical costs and $90 billion for reduced productivity.

These numbers may seem overwhelming until you consider that many who have diabetes also have high blood pressure. According to the American Heart Association,19 68% of adults over the age of 65 who also have diabetes die from a form of heart disease.

Even when an individual’s glucose level is under good control, they experience an increased risk because the common combination of high blood pressure and diabetes increases the risk for heart disease.

The National Heart, Lung, and Blood Institute predicts that this condition may, in the future, “overtake smoking as the leading risk factor for heart disease.”20 These factors include:

These conditions can set the stage for developing chronic disease, including Type 2 diabetes, heart disease, stroke, Alzheimer’s and nonalcoholic fatty liver disease (NAFLD). At the heart of each of these is insulin resistance.

Measuring your insulin level gives you significant information about your potential for other metabolic syndrome parameters. As I’ve written in the past, insulin resistance leads to symptoms of Type 2 diabetes, high blood pressure, inflammation and dyslipidemia. Insulin resistance is the result of eating a diet high in sugar.

In a paper published in JAMA Internal Medicine,21 researchers studied a group of people over two decades. They looked at their sugar intake and compared that to the percentage of total calories participants ate. They found that the higher the percentage of sugar, the greater the risk of cardiovascular death. Participants whose diet consisted of 25% sugar had a 2.75-times higher risk of dying from heart disease.

When you have metabolic flexibility, your body can respond to changes in metabolic demand.22 You can then burn fat for fuel more quickly and easily. As I recently wrote in “The Real Pandemic Is Insulin Resistance,” one significant risk factor for a serious COVID-19 infection is metabolic inflexibility.

In a 2019 study,23 data from the National Health and Nutrition Examination Survey showed that a startling 87.8% of U.S. adults may be metabolically inflexible. The researchers concluded that the prevalence of metabolic health was “alarmingly low, even in normal weight individuals.”24

Another repercussion of metabolic inflexibility is the inhibition of autophagy. This is a necessary process to maintain optimal health and longevity. When your body cannot properly get rid of damaged cells and their components, it leads to increased damage and a decline in functionality.

One of the most effective ways to regain metabolic flexibility and your insulin sensitivity is through time-restricted eating, also known as intermittent fasting. Your body’s ability to burn fat and ketones is how metabolic flexibility is measured. There are several ways to simply integrate it into your daily routine.

The method you choose can vary on the number of days, the number of hours and the number of calories. You’ll find more information on how to start in my previous article, “Intermittent Fasting May Prevent Diabetes.”

Some find it hard to get started. However, strategies that help include remaining hydrated, choosing not to obsess over food and finding time to engage in relaxing activities. You’ll experience the best results when you find what fits with your lifestyle and your preferences. This improves your body’s ability to respond to changes in metabolic demand.

As you try intermittent fasting or cyclical fasting, it’s important to remember that the foods you choose should be well-balanced, high in healthy fats and low in carbohydrate choices. In my best-selling book Fat for Fuel, I strongly recommend implementing strategies to help improve your metabolic flexibility; these include intermittent fasting and cyclical nutritional ketosis.

The next step is the program I discuss in KetoFast, which is a term I coined to describe a protocol that combines the three key strategies: a cyclical ketogenic diet, intermittent fasting and cyclical partial fasting.

More Steps You Can Take to Reduce Metabolic Syndrome

Common food and lifestyle choices in the western world increase the risk of metabolic inflexibility, insulin resistance and metabolic syndrome. These predispose you to Type 2 diabetes, cardiovascular disease, cancer and Alzheimer’s disease. The good news is that insulin resistance is simple to address, fully preventable and reversible.

In addition to using intermittent fasting and nutritional ketosis, there are other steps you can take that lower your risk of diabetes and chronic illnesses. Here’s a quick summary of some of the more important guidelines I recommend.

Follow Dr Mercola by subscribing to his newsletter or read more on our Discover Blog.