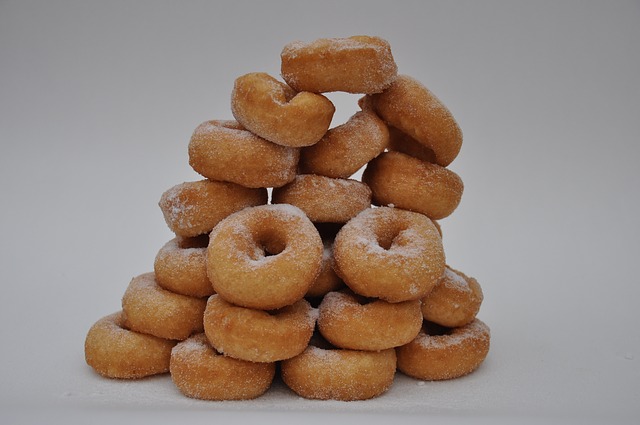 Eating fast food — the epitome of highly processed “fake” foods — can have lasting ramifications on your brain health, so much so that researchers at Australian National University suggested you can cause “irreversible” damage by the time you reach middle age, just by eating a fast-food diet and not staying active.1

If you are middle-aged and haven’t been eating the best, don’t panic — you can start making healthier changes starting today. However, the new study is eye-opening, once again hitting home the importance of healthy eating when it comes to keeping your mind strong as you age.

In a review by the scientists in the featured study,2 they stated that people today are consuming about 650 Kilocalories more daily than they were in the 1970s — an amount equivalent to a fast-food meal consisting of a burger, fries and soft drink. (A Kilocalorie, or Kcal, is equal to 1 Calorie, with a capital “C,” while 1,000 calories with a lowercase “c” equal 1 Kilocalorie.) This amount is about one-quarter of the recommended daily food energy needs for men and just under one-third for women.3

“The extra amount of energy that people consume daily compared to 50 years ago means that many people have an unhealthy diet,” ANU professor Nicolas Cherbuin, lead author of the study, said in a news release, adding:4

“People eating too much of the wrong kind of food, particularly fast food, is the other big worry. As a society, we need to stop asking, ‘do you want fries with that?’, and the mindset that comes with it. If we don’t, then expect to see more overweight and obese people suffering from serious diseases.”

Impaired glucose metabolism is then associated with neurodegeneration that impairs cognitive function. What’s more, these factors begin not in old age but much earlier, such that following a healthy lifestyle in young adulthood may be protective against cognitive decline later. According to the study:6

“The notion that T2D is associated with neurodegeneration, cognitive impairment, dementia and mortality is not new. However, these associations are often thought to be mostly relevant in old age despite the availability of substantial evidence indicating that the pathological processes at play are initiated in mid-adulthood or before.

… It is of particular concern that the pathological cascade leading to higher FBG and ultimately T2D typically begins decades before and starts impacting cerebral health and cognition from its onset.”

The unrelenting appetite for highly processed, high starch, high fat, and high caloric content foods is literally eroding health status across all age groups in the United States. Thanks to the robust domestic and international research efforts over the past decade, it is now clear that insulin resistance can afflict any organ and tissue in the body.

The consequences include deficits in energy metabolism, increased inflammation and oxidative stress, and proneness to cellular degeneration and death. No thanks to commercial luring of the uninformed who seek the comfortable lifestyles of the West, insulin resistance diseases are quickly spreading throughout the world and beginning to bear their tolls on global health.” 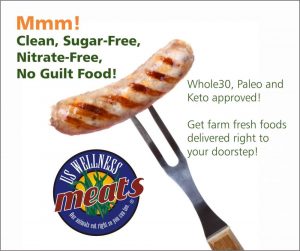 Poor diet may shrink your brain

Worldwide, about 30% of the population is overweight or obese, but this percentage goes even higher in developed areas like Europe and the Americas, where prevalence is 50% to 60%.8 According to the featured study, “Diet and physical activity are the main determinants of adiposity [being overweight or obese].”9 Obesity, in turn, is associated with negative changes in your brain. The researchers noted:10

“As a whole the body of evidence presented … strongly suggests that persistently elevated FBG [fasting blood glucose] are associated with brain shrinkage, progressive loss of function across several cognitive domains, the development of dementia, and ultimately, premature death.

It is also clear that T2D’s main risk factors contribute in a major way to these effects and that clinical T2D represents the greatest risk to cerebral health.”

Gray matter is the outer layer of the brain associated with high-level brain functions such as problem-solving, language, memory, personality, planning and judgment. In a study reported by Sci News,13 among men, 5.5% greater total body fat was also associated with 27 mm3 smaller globus pallidus volume, an association also seen in women.

In women, 6.6% greater total body fat percentage was associated with 11.2 mm3 smaller globus pallidus volume. According to Frontiers in Neuroanatomy, the globus pallidus is a brain region that plays a role in supporting a range of functions, including motivation, cognition and action.14 Obesity has also been associated with changes in white matter microstructure, which may be related to cognitive function.15

Researchers at Loughborough University in England have also revealed that carrying excess weight around your midsection may affect your brain health, even leading to a concerning decline in brain volume.16

This study involved 9,652 participants with an average age of 55.4, plus or minus 7.5 years, who received scores for both body mass index (BMI), a flawed formula that divides your weight by the square of your height, and waist-to-hip ratio (WHR). (I believe your waist-to-hip ratio is a more reliable indicator of your future disease risk than BMI because a higher ratio suggests you have more visceral fat — a measure BMI tells you nothing about.)

As explained in Science Alert,17 participants with a BMI and WHR in a healthy range had an average gray matter brain volume of 798 cubic centimeters, but this dropped to 786 cubic centimeters among those with a high BMI and high WHR. 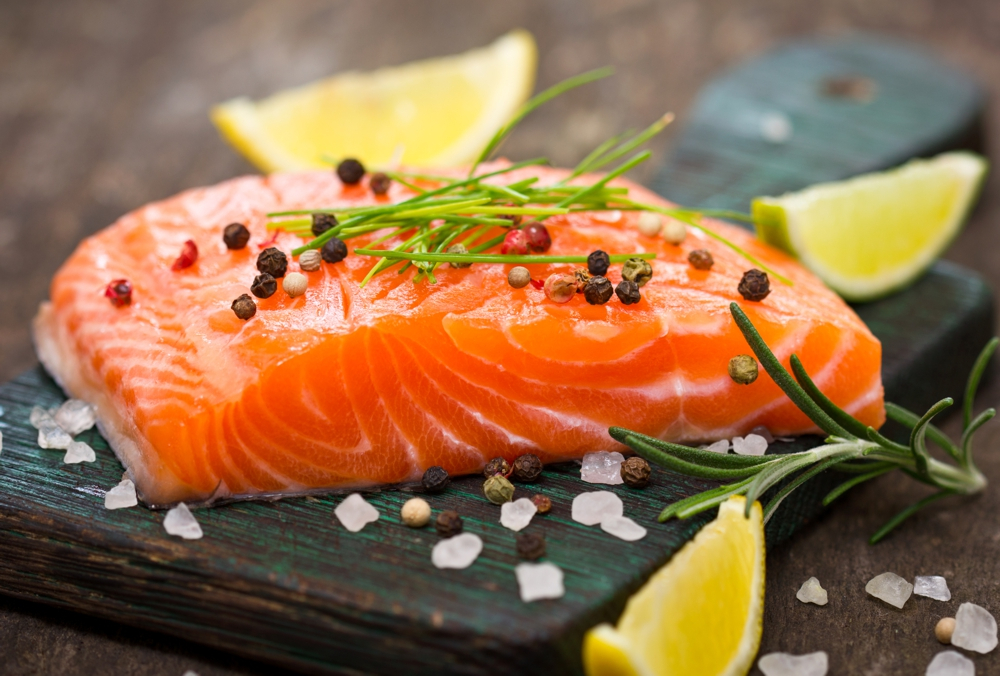 Eating sugar for breakfast could make you hungrier later

If you tend to start your day with a bowl of sugary cereal, a doughnut or a pastry, you could be further setting yourself up for a day of unhealthy eating. That’s because research suggests consuming a large amount of sugar in the morning could leave you feeling hungrier before lunch and dinner, as well as prompt you to eat more at these meals.18

What’s more, people who consumed greater amounts of snacks, desserts, fast food and candy bars are more likely to struggle with food addiction. Among those who ate fast food, in particular, the odds of food addiction were highest among study participants who consumed five or more servings of hamburgers, french fries and pizza a week.19

In the longer term, Health Promotion Perspectives found that frequent fast food consumption is linked to a host of problems, even beyond your brain health, including:20

Eating fast food three or more times a week is even linked to an increased risk of severe asthma, rhinoconjunctivitis and eczema in adolescents and children.21

The sooner you start eating healthy, the better

It’s never too late to make positive changes to your diet. That being said, the sooner you start focusing your diet on whole, unprocessed foods, the better. The authors of the featured study even suggested that you may begin to lose neurons and neuron function early in life if you eat poorly, and such changes may be difficult, if not impossible, to counteract once the damage is done.

According to Cherbuin, “The damage done is pretty much irreversible once a person reaches midlife, so we urge everyone to eat healthy and get in shape as early as possible — preferably in childhood but certainly by early adulthood.”22 He continued:

“What has become really apparent in our investigation is that advice for people to reduce their risk of brain problems, including their risk of getting dementia, is most commonly given in their 60s or later, when the ‘timely prevention’ horse has already bolted.

Many people who have dementia and other signs of cognitive dysfunction, including shrinking brains, have increased their risk throughout life by eating too much bad food and not exercising enough. One of the best chances people have of avoiding preventable brain problems down the track is to eat well and exercise from a young age.”

What type of diet is best for your brain?

Just as processed fast foods can damage your brain, nutrient-dense whole foods can protect it. Even in terms of mental health, a good-quality diet is linked with better outcomes, whereas increased consumption of processed food increases the risk of anxiety and depression.23 As further noted in Nature Reviews, Neuroscience:24

“We now know that particular nutrients influence cognition by acting on molecular systems or cellular processes that are vital for maintaining cognitive function. This raises the exciting possibility that dietary manipulations are a viable strategy for enhancing cognitive abilities and protecting the brain from damage, promoting repair and counteracting the effects of aging.

Emerging research indicates that the effects of diet on the brain are integrated with the actions of other lifestyle modalities, such as exercise and sleep.” 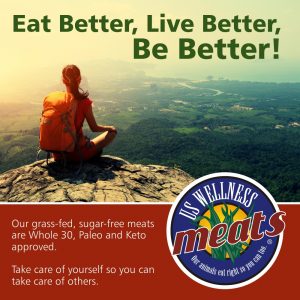 While reducing your intake of processed foods and eliminating added sugars is essential, I recommend going a step further and adopting a ketogenic diet for protecting your brain health. When your body burns fat as its primary fuel, ketones are created, which not only burn very efficiently and are a superior fuel for your brain, but also generate fewer reactive oxygen species (ROS) and less free radical damage.

When these receptors are tagged by this beta-hydroxybutyrate during mild ketosis, it helps reduce the activation of pathways that lead to inflammation, and inflammation is a driver in most all chronic diseases, including Alzheimer’s disease.

For the best results, however, combine nutritional ketosis with intermittent fasting. The ketogenic diet provides many of the same health benefits associated with fasting and intermittent fasting, but when done together, most people will experience significant improvements in their health.

The details are provided in my book “Fat for Fuel,” but here is a summary of how to implement these two strategies as a cohesive health program. The Ultimate Ketogenic Diet Beginner’s Guide is also excellent reading if you’re new to this way of eating. In addition, individual nutrients and foods such as animal-based omega-3 fats, pastured organic egg yolks, coconut oil and blueberries are also excellent brain-boosting foods.

It’s been found that people with cognitive impairments who improved their diet and exercised three times a week were able to improve their brain function after just six months.25 So, no matter what you’ve been eating up until now, it’s a great time to start eating better and get active — your brain will thank you for it.