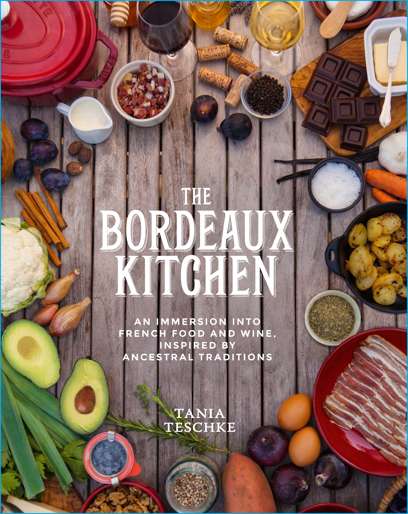 Enter to win this prize pack loaded with sustainably raised foods featured in Tania Teschke’s new book, “The Bordeaux Kitchen”. The winner receives a package of USWM foods and a copy of Tania’s book. This bundle is valued at approximately $150.

Tania is a writer, photographer, and world traveler who specializes in food and wine and currently lives with her family in Bern, Switzlerland. Previously, she lived in Bordeaux, France, where she studied French cooking, butchery with an award-winning French butcher, and she earned a diploma in wine tasting from the University of Bordeaux. Having faced numerous health issues over more than two decades, Tania is passionate about healing herself, feeding her family nutritious meals and sharing what she has learned with others. Her book of ancestral French recipes, published by Primal Blueprint, called The Bordeaux Kitchen, releases June 15, 2018. Find more of Tania’s recipes and adventures at:  Food Blog  |  Twitter  |  Instagram  |  Photography Blog

Entering is quick and easy! Just click the widget below and enter for your chance to win.