Eating Less Has Positive Effects on Your Metabolism 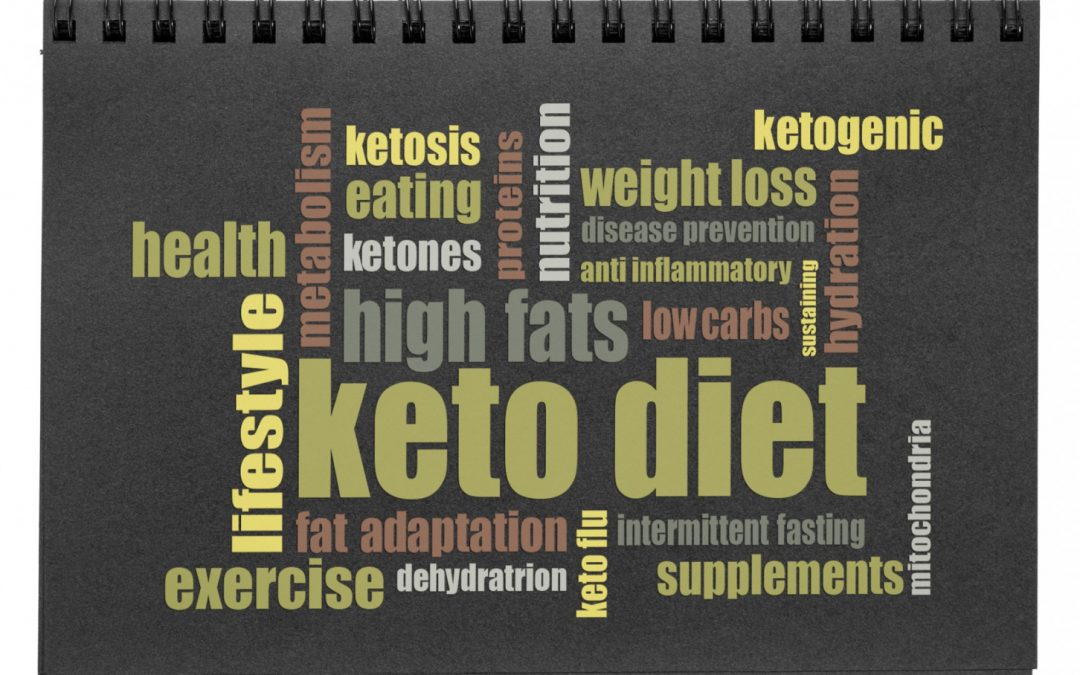 The number of people who struggle to attain and maintain a healthy weight continues to grow each year. Data from the National Health and Nutrition Examination Survey 2017-2018 showed that 42.4% of adults in the U.S. were obese.1 The prevalence of severe obesity was 9.2%, and it was higher in women than in men.

The weight loss market also continues to grow, as it expanded by 4.1% in 2018 and is expected to grow 2.6% each year through 2023.2 Yet, the growth in the market is not in prescription drugs, diet soda or weight loss franchises. Instead, meal replacement shakes and bars as well as weight loss surgeries appear to be holding steady and growing.

Dieters are also searching for more “clean” options, free of GMOs and artificial additives. This has forced companies supplying diet dinners and other premade foods to reformulate their offerings. While the focus on weight loss is often on how to look better or meet a certain standard, weight management should be about how to live free of disease.

Carrying excess weight is linked to heart disease, Type 2 diabetes, stroke, high blood pressure and certain cancers.3 In addition to these long-term health concerns, it is also associated with an increased risk of certain infectious diseases, such as COVID-19.

Can You Eat Less and Live Longer?

People have been searching for the “fountain of youth” for centuries. Yet, the goal isn’t just to live longer but to live longer while free of disease and illness. Scientists call this your health span — the number of years you live without disease. Researchers have been studying two ways to achieve eating less.

The first is called calorie restriction, in which the number of calories is limited each day without malnourishing or depriving your body of essential nutrients.4 In the second method, fasting, a person eliminates or severely restricts calories during the day, week or month.

They compared the responses of mice on a calorie-restricted diet that were housed in a temperature-controlled room. In this study, the focus was on temperature as a driving factor. One group of mice was kept in a room with a temperature of 71.6 degrees Fahrenheit (F) and the other group at 86 degrees F.

The warmer room offered what scientists call thermoneutrality. This is a balance between the temperature of the organism and the environment so that the regulation of internal temperature remains inactive. In each room, half the mice were given as much food as they wanted, and the other half had their diet restricted by half.

Throughout the course of the study, the metabolic activity in the hypothalamus and blood plasma were measured. The data revealed that the mice in the cooler room had greater changes in life-extending factors. There were fewer changes in the group of mice living in the warmer room.

Further examination of the results showed that the metabolic effects were linked to nitric oxide and leucine enkephalin. These were produced in higher amounts in the animals in the cooler room. Leucine enkephalin is an endogenous opioid neurotransmitter6 that scientists believe directly controls core body temperature.7

Bruno Conti, from the department of molecular medicine at Scripps Research, was one scientist from the study. He spoke with a reporter from Inverse about the results and the phenomenon of dropping core temperatures that has been seen in calorie restriction in other animal studies, saying:8

“This is an adaptive mechanism that the organisms evolved to save energy when food is scarce. By validating the pathways identified, we hope that we will pave the road for the development of calorie restriction mimetics that promote health and longevity.

Regardless of the definition, the ultimate goal is to provide the beneficial effects of calorie restriction without having to undergo either reduction of calorie intake or core body temperature.”

As the reporter from Inverse writes, “Years down the line, researchers predict people may be able to derive some of calorie restriction’s positive benefits — without actually reducing what they eat.”9 Yet, as with all pharmaceutical interventions, there will likely be side effects and adverse events that a person will not experience with intermittent fasting.

The study engaged 218 individuals who were of normal weight or who were moderately overweight. Each person was randomly assigned to one of two groups.11 Participants in the experimental group were asked to eat a calorie-restricted diet for two years consisting of 25% fewer calories than they normally ate before the study. The control group ate their regular diet.

At the end of two years they found that members of the experimental group were able to reduce their calories by 12%. They lost 10% of their body weight and sustained much of that loss. The intervention group also lowered their blood pressure and cholesterol measurements, both of which are risk factors “for age-related diseases such as diabetes, heart disease, and stroke.”12

Additionally, those eating a calorie-restricted diet showed no adverse effects in their sleep patterns, sexual function, quality of life or mood. While the data showed some slight decline in bone density, lean body mass and aerobic capacity, they were not more than would generally be expected based on the weight loss the individuals experienced.

In 2012, the National Institute on Aging (NIA)13 published the results of a study whose premise was similar to that of a 2009 study conducted by leaders at the University of Wisconsin.14 Each set of scientists set out to explore the idea that a calorie-restricted diet in rhesus monkeys could affect life span and health span. The results from the two studies were different, so in 2017 the researchers teamed up to resolve the discrepancies by comparing data.15

The group from the University of Wisconsin fed monkeys a calorie-restricted diet with 30% fewer calories than the control group. The monkeys survived an above-average number of years as compared to other rhesus monkeys in captivity.

Although the NIA study did not find a significant effect on aging, both groups found fewer age-related health conditions as compared to the control groups.16 When the data were compared, researchers found significant differences in the types of diet, the timing of feedings and the initial age and genetics of the groups.

Scientific American reports that the researchers described one monkey that was started on the restricted diet at a late middle age of 16 years.17 At the end of the study he was 43 years, which is a record for this species and equal to a person living 130 years.

The term hormesis refers to a dose-response relationship between a stimulus and a biological effect. There are significant health benefits from hormesis. Siim Land is a socio-cultural anthropologist, entrepreneur and high performance coach who wrote “Metabolic Autophagy: Practice Intermittent Fasting and Resistance Training to Build Muscle and Promote Longevity (Metabolic Autophagy Diet Book 1).”18

In his book Land defines hormesis, which can be summarized as, “what doesn’t kill you is going to make you stronger.” In some cases, public health officials have used this notion to justify the release of low-level toxic exposure claiming it would ultimately be beneficial.19

The concept describes the fundamental need to adapt to various types of stimuli to enhance survival. It also produces effects that are similar to autophagy since it is stimulated by like pathways.

For instance, intermittent fasting or calorie restriction is a stressor that activates hormesis. As Land describes in my interview with him, others are high-intensity exercise and exposure to cold or heat.20

“Those hormetic stressors, they kind of carry over to different areas of stress exposure. Like if I’m able to fast, then I at least notice that I’m also able to endure more cold and endure more heat, or … simply have more endurance … Other ways of activating hormesis is doing saunas and combining that with cold [exposure] like an ice bath or ice plunge …”

Cell biologist Rhonda Patrick, Ph.D., has described how the adaptation to stress also effectively boosts mitochondrial biogenesis. These short bouts of stress activate response pathways that are encoded in your genes.21 As I have discussed in the past, optimizing mitochondrial function is at the heart of optimal health and extremely important in disease prevention.

Your mitochondria are the energy storehouses in most cells. They perform interconnected functions that contribute to stress responses, such as autophagy and apoptosis.22 They form an interconnected network throughout the body that influence physiology and affect communication between the tissues and the cells.

They have emerged as crucial in the development of diseases, including metabolic disorders and neurodegenerative disease. This means you can activate hormesis and mitochondrial biogenesis using intermittent fasting to achieve your goal, essentially helping to lengthen health span.

Another type of environmental stress that activates these pathways is exposure to heat and cold. In a past article, “The Surprising Health Benefits of Extreme Hot and Cold Temperatures,” I discuss these concepts with Patrick and their relationship to heart and brain health as well as athletic performance.

Make Intermittent Fasting and Cyclical Ketosis Work for You

Intermittent fasting contributes to the realization of several health benefits, including longevity and health span. This is an eating pattern that seeks to mimic some of the habits of our ancestors, who had to survive when food was not available around the clock. Intermittent fasting restores your body to a more natural state. It’s become clear that a continuous supply of calories does not provide your body with the optimal environment for maintaining health.

Also important to life span and health span is making the shift from carbohydrate burning to fat burning by combining intermittent fasting with a cyclical ketogenic diet. I discuss many of the strategies for doing so in, “Why Intermittent Fasting Is More Effective Combined With Ketogenic Diet.”

There are many benefits to intermittent fasting, including a newly discovered function of raising the production of antioxidants and age-related metabolites.23 These metabolites have an antiaging effect on the body and they stimulate metabolism.

There are some points to consider as you change your eating habits, however. For instance, intermittent fasting does not have to be a form of calorie restriction. Instead, you restrict the number of hours you’re eating during the day. It’s also important to remember that any sugar cravings will be temporary and they’ll slowly go away as your body begins to burn fat as its primary fuel.

However, as healthy as intermittent fasting is, you shouldn’t use it if your diet is filled with processed foods. Intermittent fasting is not a panacea against ill-health and excess weight, and as with all health choices, must be made with consideration for your total approach to vitality and well-being.