Don’t Become A Victim of Adderall 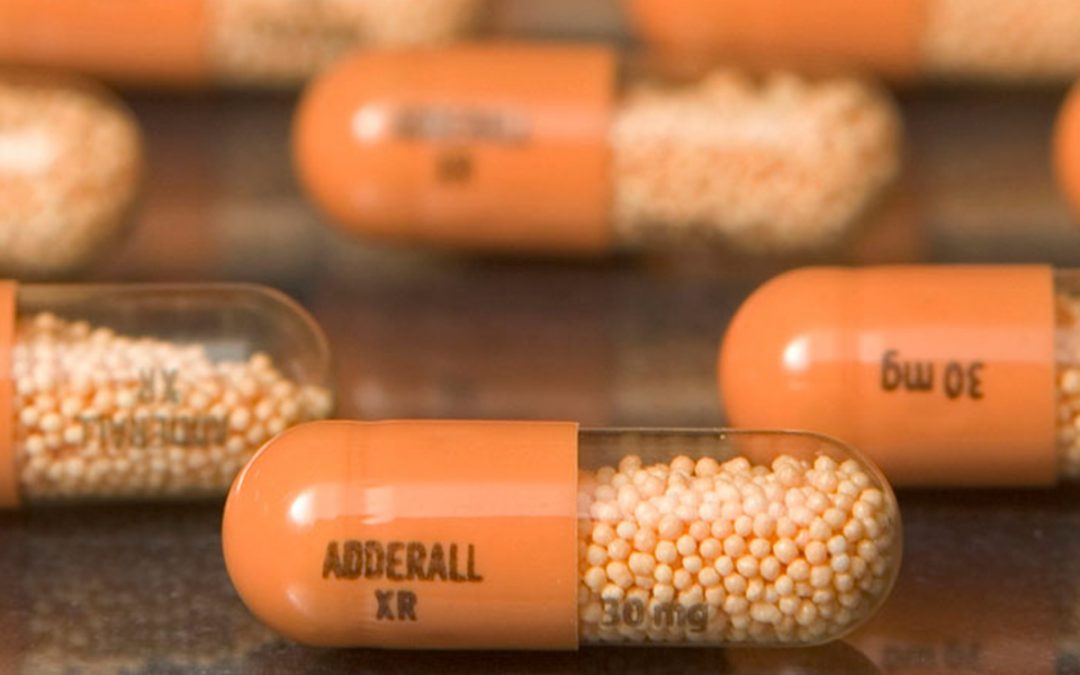 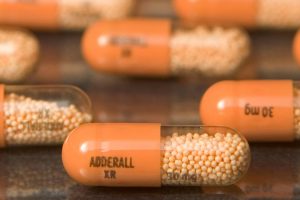 I have three children who are in either high school or college. They were talking about drug abuse the other day. What they told me shocked me! Do you know what the most commonly used and abused drug is amongst teens and college-age kids? It’s probably not what you think. Although the drug is highly addictive, it is actually a legal medication that comes under the label of a prescribed medication and many think it is safe to use—prescription or not. The big problem is, it’s highly addictive and has some very nasty side effects.

The drug is Adderall, and it’s used for ADD/ADHD primarily. Unfortunately, Adderall is classified as an amphetamine—more commonly known as “speed”. The overwhelming prevalence of illicit Adderall use has a lot to do with the fact that it is the most commonly prescribed brand-name stimulant in the U.S. And amongst school-aged kids, it is the most often used and abused drug in schools.

Amphetamines in general have a high potential for abuse, according to information sheets published by the FDA. Extended use of amphetamines can lead to addiction, and as tolerance is quickly built up and increased dosages are required to achieve the same desired effect. Amphetamine use also creates a psychological dependence. Students can become “addicted” to using drugs to get their work done, and may come to believe that they cannot perform well without pharmaceutical help. Is this scary to you? I know it is to me.

Drug companies are pushing drugs on our children that are very physically and psychologically addictive. This works out well for the drug companies, but not so well for those who take this medication. While a pill may seem an easy answer, the road is very long, and before you hand your kid that bottle of pills, think long and hard about where this may lead.

Physicians and psychiatrists prescribe Adderall for many adults and children who may not even have true ADD/ADHD. And the numbers are growing. Often Adderall is used by people who don’t have ADD/ADHD; but use it as a performance-enhancing drug—especially to study longer, stay up late, and be alert for class as well. According to students who take Adderall as a study aid, the drug gives them incredible concentration and stamina. It helps them stay absolutely focused, and removes the need for sleep or food—at least for a while…

Stimulants such as dextroamphetamine (which is one of the active ingredients in Adderall and Adderall XR) have chemical structures that are similar to key brain neurotransmitters called monoamines, which include norepinephrine and dopamine. Stimulants increase the levels of these chemicals in the brain and body. This, in turn, increases blood pressure and heart rate, constricts blood vessels, increases blood sugar levels, and opens up the pathways of the respiratory system. In addition, the increase in dopamine (early on) is associated with a sense of euphoria that can accompany the use of stimulants.

A potent cocktail of amphetamines, Adderall is basically a legalized form of methamphetamine, or “Meth”. You know, the kind cooked up in “meth labs” that so often get raided by police. But because the U.S. Food and Drug Administration (FDA) has given glowing approval for it, Adderall is legally and commonly administered to millions of adults and children.

The most serious concern about the off-label use of Adderall is safety. As with all medications, Adderall dosage is carefully individualized.  People without a prescription can only guess at what dosage will be safe. And, Adderall and other ADD/ADHD drugs can react with other medications such as antidepressants, antacids, and diuretics and even some vitamin supplements-with potentially serious side effects.

Besides the huge side effect of strong physical and psychological addiction, it comes with other side effects: anxiety, decreased appetite, difficulty sleeping, constant headache, stomach ache, dry mouth, hair loss, weight loss, symptoms of depression, and in some cases, serious mood swings, tourettes-like symptoms, aggression, feelings of dying, seizures, high blood pressure, swelling of the hands and feet, vomiting, dehydration, unexplained muscle pain, abdominal pain, sweating, delusions, hallucinations, and other psychotic episodes. And…heart attack, strokes and death. In fact, Adderall was temporarily pulled from the Canadian market back in 2005 because 14 American children died from taking it as prescribed. Another 12 children had strokes.

Many who take this drug develop a tolerance to it, so a particular dosage ends up being increased to get the same results. This is what often leads to abuse and overdosing of the drug. Social disability can also occur if the drug is abused. After someone quits taking Adderall  or Adderall XR after using it for any period of time, it has a rebound effect of extreme fatigue, disorganization, and mental depression. In other words, once it’s started, it’s very difficult to stop.

A frightening fact about Adderall is that the drug was introduced as a weight reduction drug for adults called Obetrol. It was found to be so extremely addictive that Obetrol was taken off the market for that reason. Now we have the FDA bringing this extraordinarily addictive drug to market for little children.

Is this something you want your kids on—or yourself for that matter? Before you take the easy way out and get that bottle of pills, think long and hard about the effects this drug may have long term. The sad thing is that Adderall has only been on the market for a few years, so no long-term studies have really been done.

Leading your child down the road to addiction to a powerful drug may not be the best route to combat ADD/ADHD in the long run. If your child is already on this medication, you can consult with your doctor and wean them off. Getting off the drug is not easy, but it can be done. And if you’re contemplating Adderall or some other drug for ADD/ADHD or mood disorders, it is a far better route to correct diet and lifestyle issues first and let the drug be the last resort.

Amphetamine withdrawal, which is mostly marked by exhaustion and mood swings, shouldn’t really last more than a few weeks if you give your body the rest and nutrition it is craving. Diet and exercise can help address most issues to varying degrees.

Be patient, the withdrawal period and adjustment period takes time, so don’t expect miracles overnight. But by instituting some necessary changes in nutrition, lifestyle and coping skills, things will be far better down the road. If you’re quitting Adderall, you probably haven’t been eating right, and your chances of having major nutritional deficiencies are even higher than the average person.

First of all, be sure to visit your doctor to have them gradually decrease the dosage to minimize the ‘crash’. This is done over a period of time depending on the dosage and gradually dropped until the medication is totally stopped.

The next big thing to do is to clean out the kitchen and remove the ‘junk’. Commercially raised meats, processed (packaged) foods, trans fats and overdose of omega 6 fats; grains, sugar, corn syrup, dyes and preservatives really do add to the problem in a big way.

After eliminating all the processed junk, add in grass fed, organic, all natural meats, wild caught fish and free-range chicken. Just by this step alone, you have eliminated a lot of hormones, antibiotics, preservatives and traces of toxins that remain in commercially processed meat. A huge step and one that may make a very big difference…

Cut out all processed flours and sugars—that means packaged cookies, cakes, crackers, snacks, and chips. These things not only are full of sugar and high glycemic refined flours but are also usually made with either toxic trans fats or inflammatory omega 6 fats—something that is far too plentiful in the average diet. Just by eliminating these unhealthy fats and adding in more brain healthy omega 3 fats, you may see a big improvement.

Symptoms of ADHD are often easily eliminated in 80 percent of children within a couple of weeks by merely supplementing with omega 3 fats and eliminating processed foods (especially refined sugars) from kids’ diets. The best sources of naturally-occurring omega 3 fats are in grass fed meats, and wild caught fatty fish like salmon, halibut and sardines.

The cell membranes and synaptic endings of neurons in our brains and nervous systems are composed of DHA, an omega-3 essential fatty acid. These cell membranes will not function properly unless protected with antioxidants. Since most people don’t get enough DHA, other types of fats such as trans fats and omega 6 fats end up being incorporated into the brain, but they do not function as well.

Other nutrients that have been found to be deficient in children or adults with ADD/ADHD are iron, zinc and magnesium.

Necessary neurotransmitters in the brain and nervous system are manufactured by the body from dietary sources. In order for these neurotransmitters to function well, the correct fatty acids, B vitamins, magnesium, zinc, and vitamin C must all be present in sufficient amounts.

Dietary suggestions that will help:

DO eat lots of fresh, raw fruits and vegetables (organic if possible) in a variety of colors… think a rainbow on every plate! Make a goal to consume at least 1/3 of your diet from them. DO try to make all your calories count, make them healthy and nutritious! And get some exercise every day if possible. Exercise is valuable for the brain and for general mood and energy levels. It can make a huge improvement, even if you don’t feel like it!

Yes, it’s a little more work than popping a pill, but adopting healthy lifestyle practices will help avoid the enormous physical and psychological issues that accompany long-term drug usage and addiction. You will notice a significant upswing in everything -energy levels, ability to focus, and general outlook on life and relationships with loved ones. It will make all the difference.

Mike Adams, the Health Ranger, Editor of NaturalNews.com,
Neurologist Dr. Fred Baughman talks about the fraud of ADHD and the poisoning of U.S. children, August 30, 2006.