Do These Fermented Foods Protect Your Health? 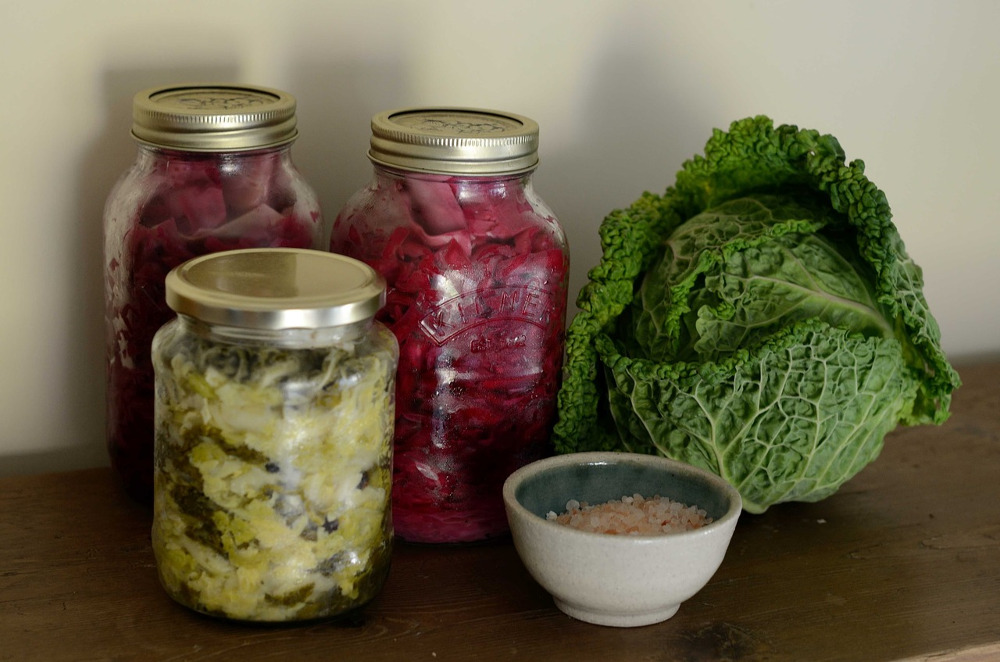 There are several different health conditions that fall under the umbrella term cardiovascular disease.1 Some are triggered by a process called atherosclerosis — colloquially called hardening of the arteries, a condition in which plaque builds up on the walls of your arteries. When the arteries become blocked, you are at risk of a heart attack or stroke.

When the heart muscle becomes too weak to provide enough blood and oxygen to meet your body’s needs, it can lead to heart failure, and cause your kidneys to not function properly. This, in turn, can lead to congestive heart failure, when your body retains fluid and congests vital organs, including your lungs. According to the American Heart Association’s 2019 update on heart disease, 6.2 million Americans were living with heart failure between 2013 and 2016.2

Different types of arrhythmias and heart valve problems are also included under the term cardiovascular disease. No matter which form it takes, however, heart disease affects a growing number of people in the U.S. each year.3 It’s the leading cause of death for men and women, with one person dying from it every 37 seconds. The most common type is coronary artery disease, which is responsible for about 20% of deaths in adults younger than 65 years.

Small lifestyle changes can make a significant impact on those numbers. Even increasing your physical activity during midlife can reduce your risk of death from heart disease.4 Other modifiable risk factors5 include stopping smoking, actively controlling high blood pressure, aiming for a healthy weight, controlling blood sugar and reducing stress.

One nutritional choice I’ve supported for years is eating fermented foods. A recently published study in the BMJ found an association between eating natto — fermented soybeans — and a lower rate of death from cardiovascular disease in men and women.7

The researchers used data from 14.8 years of follow-up in 92,915 participants from age 45 to 74 years during the 1990s. Those participating in the study experienced a lower risk of mortality when they ate more fermented soy. However, data did not reveal a statistically significant association between the total amount of soy products the participants ate and all-cause mortality.

The researchers cautioned any association could be reduced by confounding factors that were not accounted for in the study. The participants reported their eating habits on a questionnaire over five years, which included eating fermented soy products such as natto and miso, and nonfermented products like tofu.

The researchers wrote in a press release8 that these types of soy products are popular in Asian countries. They hypothesized fermented soy may account for the association between eating natto and a lower risk of heart disease since they are higher in fiber and bioactive compounds than nonfermented products.

In a BMJ linked editorial9 scientists point out fermented soy is often eaten with other food products. For instance, miso is a high-salt seasoning. The editorial writer reported another study showed miso did not increase the risk of high blood pressure, suggesting that “the fermented soy in miso might protect consumers from adverse effects of a high salt content.”

Another dietary component crucial to heart health is vitamin K2 MK-7. Vitamin K is a fat-soluble vitamin your body doesn’t store well, so it’s rapidly depleted when you don’t regularly get it from your food. Common drugs can also deplete your stores.

There are two main forms of the vitamin and several subtypes that can make matters a bit confusing. I break down the basics in “Are You Getting Enough Vitamin K?” This is important to know because K2 plays an important role in bone and heart health — and is synthesized by bacteria in your gut. As I explain in the featured article, for heart health you need Vitamin K2 in the MK-7 form, which is found in fermented foods like sauerkraut, natto and certain cheeses.10

The MK-7 form has a major advantage in that it is bioavailable and stays in your body longer than another popular supplemental form of K2, MK-4.13 One of the reasons MK-7 is so important in heart health involves a complex biochemical reaction activating enzymes important in the transport of calcium from your arteries into your bones.

Without vitamin K2 your risk of arterial calcification rises, as does your risk of heart disease.14 To that end, one 2019 study15 proposed the possibility that a therapeutic supplementation of vitamin K2 could prevent or stop the growth of vascular calcification in those who with “excessive calcium intake.”

The Rotterdam study was an analysis conducted nearly 30 years ago, looking at causes of diseases in the elderly.16 It determined that those who had the highest amount of vitamin K2 were less likely to experience severe calcification in their arteries and to die from heart disease. They also had a lower risk of all-cause mortality. This was a profound discovery, since a similar correlation did not exist for vitamin K1.

For many years, the question of whether soybeans are healthy or not has been a topic of controversy. The basis of the argument may have hinged on results like the featured study, finding those eating large amounts of soy have the lowest rates of heart disease.17

However, the difference is that in the West, most of the soy products sold and eaten are not fermented. Not only that, 94% of soybeans produced in the U.S. are genetically modified and sprayed with herbicides like Roundup, dicamba and glufosinate,18,19 which means that, unless you specifically look for GMO-free soy, you’ll be exposed to these herbicides when you eat Western soy.

Additionally, eating unfermented soy may have a significant negative effect on your health because it has high levels of lectins21 — phytates that can prevent the proper absorption of crucial minerals such as calcium, magnesium, zinc and iron.22

Another study of Japanese men compared dietary intake of soy products against arterial stiffness and found that those who ate more fermented soy had lower arterial stiffness that was not dependent on overall inflammation in the body.23

Fermented dairy products may have a similar inverse relationship with heart disease. In a study completed by the University of Eastern Finland, scientists engaged 1,981 men from 42 to 60 years.24 At the start of the study none of the participants had coronary heart disease. During an average follow-up of 20.1 years, the researchers found 472 events occurred.

A second study looked at women who ate fermented dairy products. The researchers included Australian women ages 45 to 50 years from the Australian Longitudinal Study on Women’s Health. The data collection began in 2001 and was completed in 2016.25

Results from both studies confirmed fermented dairy products may protect you against heart disease. Jyrki Virtanen, Ph.D., one author of the study from the University of Eastern Finland, told Newsweek:26

“Our findings and those from other studies suggest that fermented dairy products may have health benefits compared to non-fermented dairy. Therefore, it might be a good idea to use more fermented dairy, such as yogurt, kefir, quark and sour milk.”

Make Your Own Fermented Soy and Dairy

Many of the yogurts sold in the U.S. are sugar-sweetened and fruit-flavored. In other countries, yogurt is often paired with lemon, garlic and cumin. If you choose yogurt to optimize your gut flora, you’ll want to steer clear of commercial brands that have more in common with candy than health food.

Look for organic yogurt made from 100% grass fed or pastured whole milk, rather than low-fat or skim dairy. You may want to consider making your own at home as it is a simple process.

You only need a high-quality starter culture and raw, grass fed milk. See “Benefits of Homemade Yogurt Versus Commercial” for step-by-step instructions and a few additional tips to help you get your desired consistency and preferred taste.

You can also make natto at home, which is one of the few soy products I recommend. The fermentation process removes the disadvantages of eating raw or cooked soy, so you’re left with a dish that is filled with probiotics and nutrients that can help optimize your health. If you haven’t tried natto before, I urge you to give this “Fresh, Homemade Natto Recipe” a try.

Read more of Dr Mercola’s health and wellness articles on our Discover Blog.