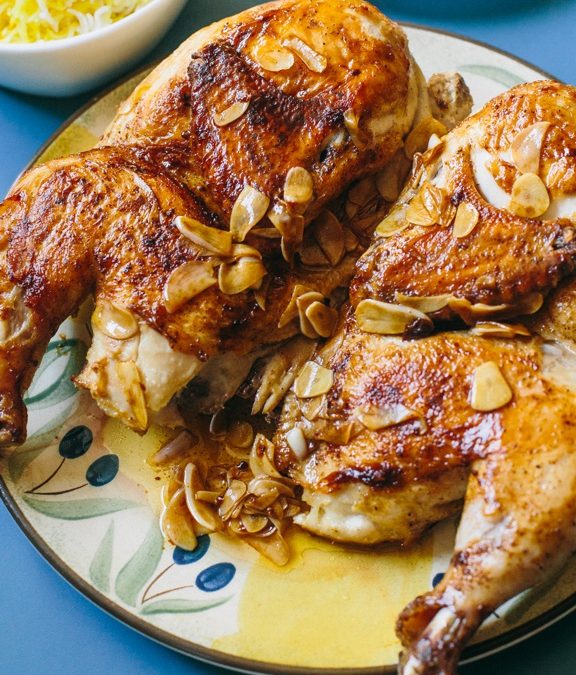 Chicken Tabaka is a favorite throughout Eastern Europe and Central Asia. It is a traditional Georgian fried or roasted chicken dish. The chicken is flattened in the pan or deep cast iron skillet with anything you can find to weigh it down…including bricks! It’s a great way to cook a whole chicken quickly and to seal the wonderful juices inside the chicken to keep it nice and tender.

Generally speaking, the process tends to work better with smaller birds but remember the larger the bird, the larger the skillet you’ll need because the chicken cooks flat. 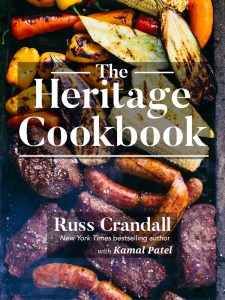