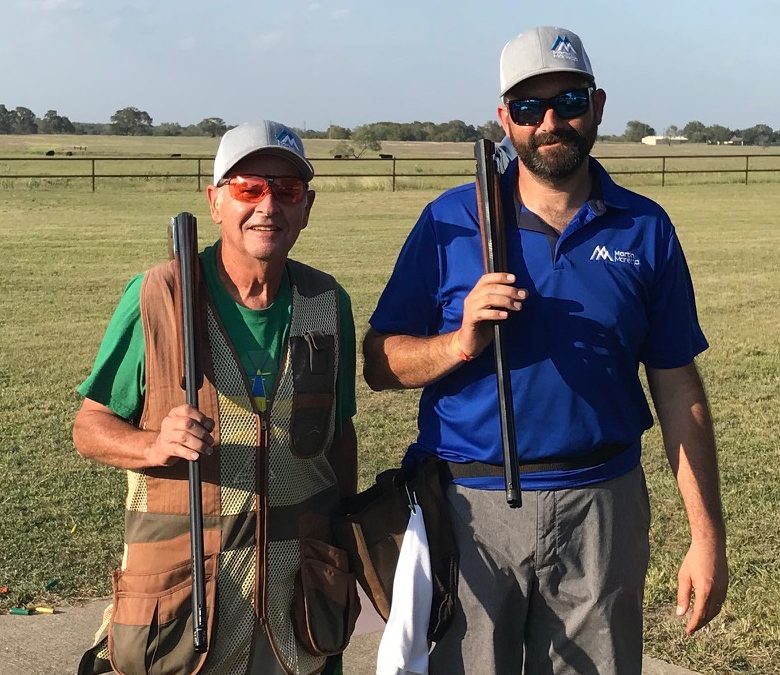 We want to congratulate award-winning author and leptin pioneer, Kat James on the 20th anniversary of her Total Transformation® Programs . Having experienced its effects and seen them over the decades, this new personal account of customer Mike Amy comes as no surprise. And as Kat often says of her doctor-recommended and supervised protocol, “No claims. Just coincidence. Blame it on leptin.” For more “coincidences,” search her other stories on our Discover Blog, like the one about cancer-dodger, “Wild Bill” Ellis, another lucky guy who applied James’ method (with the help of our grassfed products) on his road to a longer, healthier life.

DEMENTIA REVERSAL: Michael Gets His Mind, Family, and Passion Back

Winning skeet shooter and grandfather, Mike Amy, 73, of Texas, woke up a different man on August 3rd, 2019. He sat all day, staring. His 99-out-of-100 skeet shooting record plummeted to beginner levels that week. His wife, Debbie, had to take over driving. “he was brushing the curb and seemed to have no depth perception,” she said. Most heartbreaking was Mike’s sudden disinterest in family. “It was devastating. He could not even remember the year at his exam,” said Debbie. “

Mike recalls his former state: “I knew what I wanted to say and do, but I couldn’t say or do it. It was like I was disconnected from the inside.” After months without the real Mike in their lives, and without improvement, their neurologist recommended Kat James’ protocol (info@informedbeauty.com), which had helped many of his other patients. “Within a few weeks after we started the course from home, there were significant changes. I noticed Mike getting up early and puttering around in the garage, interacting with me more. He also started shooting better,” Debbie said. But the garage rebuild project was the most shocking. “I called my son, Wade, one day and said ‘You’ll never believe what you’re your dad is doing!’ In all of our decades of marriage, I had never seen Mike organize anything or do a construction project. I saw him get up every morning, researching and using tools he had never used, measuring, taping, hanging drywall and doing electrical stuff, fixing flood damage. This went on every day and never skipped a day until the garage was finished and painted. We’ve never had a painted garage!” exclaimed Debbie.

When Wade visited with his girls he was ‘blown away’ by his ‘new and improved’ dad, who not only played with the kids again, but showed off his new garage, and was back to being a “ringer,” meaning a champion-level shooter. “Dad is better than before!” Wade told his mom.

According to Mike, “I lost the bags under my eyes and am down a size. My diverticulitis is gone. We don’t snore anymore! Our cravings are gone and we can sleep again. It’s miraculous.” Request Mike’s full interview on The Kat James Show, or email us regarding Kat James’ Program at info@InformedBeauty.com or call 877-54-TOTAL