Carbs in Bologna: Is Bologna Keto-Friendly? 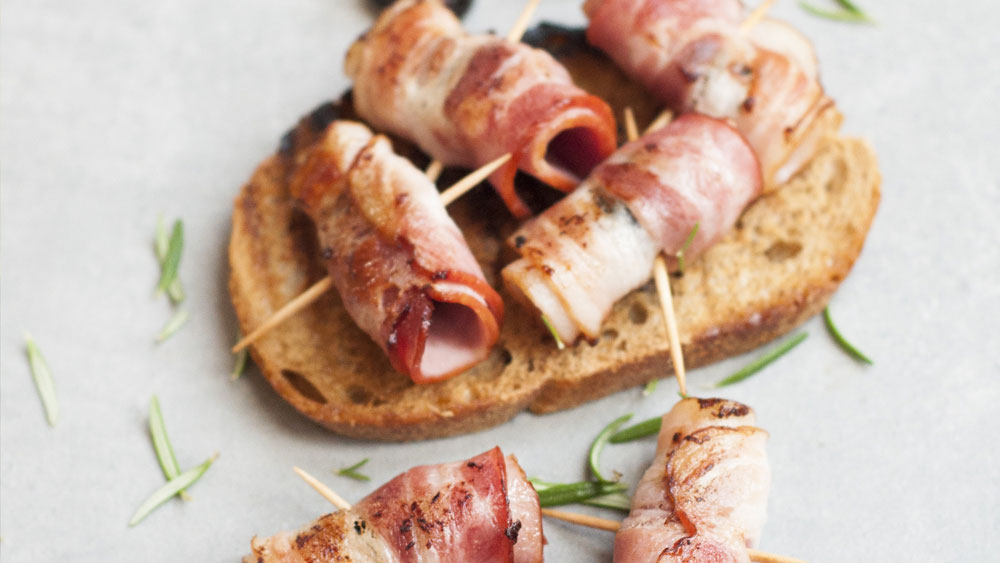 Bologna is like olives or sauerkraut. People either despise it or cannot get enough of it. And considering you’re reading this blog, I have a feeling I know which side you’re on. That’s right, fellow bologna lovers — I see you and I am with you.

When jumping into a low-carb diet like keto, you have to take a hard look at all of your food habits and typical snacks to check if they still fit in, so is bologna keto-friendly?

Yes. Bologna is keto-friendly due to its low carb content (~1-2g net carb per slice).

Since we get carbohydrates from plant-based foods, any meat in its natural form is about as keto-friendly as it gets. That’s why so many ketoers pick up a bunch of grass-fed steaks and chicken at the beginning of their diet. High-quality, low-sugar meats are the perfect protein fix for any ketoer.

Bologna isn’t known for being the highest quality meat, but as long as you keep your serving sizes within reason, pick up decent bologna, and avoid flavored options, then you’ll be fine.

That doesn’t mean there isn’t high-quality bologna out there, either. Grass-fed beef bologna that’s free from nitrates, nitrites, MSG, additives, preservatives, soy, dairy, and gluten is a great snack or lunch choice.

It’s still a sausage, but it’s way better for you than bologna packed with chemicals and sugar!

Bologna is an often mysterious blend of pork and beef trimmings that are ground up into a fine paste, packed into a sausage casing, and smoked.

Bologna, like hotdogs, is infamous for using the least appetizing bits of the steer and pig, which is why the labels conveniently say things like “meat blend” instead.

That’s not always the case, though. Bologna can be made of high-quality ingredients and blended just for texture — take grass-fed and grass-finished bologna, for instance.

Americans have been obsessed with bologna for decades, and our American version of bologna is a modified take on the Italian sausage, mortadella[*].

According to the USDA Nutritional Database, 1 slice of Oscar Mayer bologna has[*]:

Plus a smattering of other nutrients that vary depending on the kind you get.

How many carbs in bologna are there?

That depends on the brand, but in general, you’ll have less than 1g per slice. The lower the quality of bologna, the higher the chance they’ve added sugar and other preservatives that could raise the carb rate. Check your labels always and track your daily net carb intake to make sure you don’t accidentally break out of ketosis.

How to buy the best keto bologna

Not all bologna is created equal. While the carb numbers are still low enough in mass-produced bologna to be considered keto-friendly, the chemicals, added sugars, and preservatives in industrial bologna aren’t ideal. Here’s how to choose the best bologna for your taste buds and your health:

If you go with grass-fed beef bologna, then you’ll tap into all of those amazing grass-fed beef benefits like balanced Omega 3s and 6s and Vitamin B. Plus, it tastes better.

2. Skip the flavored and mass-produced bologna.

The modern industrial meat industry is full of practices that are detrimental to our health and the health of their animals. From packing cattle so full of antibiotics and chemicals that their manure is classified as chemical waste, to feeding them GMO-filled corn that perpetuates the plant monocultures that are impacting the health of our fields and climate, mass-produced meat products like bologna are subject to some of the worst practices in the industry. The chemicals and sugars are not good for your body, and bologna is about as processed as it gets.

3. Shop online or at the deli case.

Continuing that thread, the less processed your bologna, the better. Try buying the bologna your local deli makes or shop online at reputable producers who prioritize health.

Is bologna good for you?

It’s as good as sausage is, which means not particularly — but it is delicious! Bologna is a smoked sausage that is often served fried, so you can only justify it so much. But like any food, if you eat it in moderation and choose higher-quality ingredients, then it’s just fine to snack on or make meals out of.

When it comes to keto bologna recipes, it’s all about skipping the bread and finding clever ways to sneak in bologna. You can also sub bologna in for any other meat in keto recipes, and we’ve found a few of our favorites to get you started.

If you’re as obsessed with breakfast as I am, then you’ll love these bologna breakfast cups. This recipe uses bologna, cheese, egg, and bacon, but you can easily sub the bacon for bologna and add extra keto-friendly toppings like chives, a spritz of lime, some hot sauce, and full-fat sour cream to brighten it up a bit.

Just sub bologna in for the salami to make a quick lunch or dinner night snack. You can put these and the oil dip alongside some bread for your guests to give them both a keto-friendly and carb-friendly option. They’ll love it!

This recipe calls for ham, but you can just swap that for bologna. This recipe definitely requires the most effort, but if you have a relaxing Saturday and Sunday to kill and want to get your slider fix, then this is a great way to spend your time. First, you whip up some low-carb mini buns using almond flour, and then you build your perfect sammi with bologna and a blend of cheeses.

This is another recipe that uses a different meat (in this case sausage), but again, you can easily sub out the sausage for bologna and make these bites. But be warned: these bites are addicting. I have no self-control when a basket of breakfast bites is in front of me, so if you’re like me then you should portion out your meal or make extra!

If you’re a fan of creamy goodness with your bologna, then take the cream cheese and pickle combo from this recipe and roll up your bologna with it — it’s delicious and low-carb!

The bottom line on carbs in bologna

Generally speaking, eating bologna on keto is fine. Any meat in its natural form is essentially zero carbs, and any carb content found in bologna is the result of added sugar or additives.

The average bologna has below <1g of net carbs per slice, so you can eat quite a bit of bologna without breaking your daily carb limit. Our advice is to still track your eating to make sure you know your daily net carb intake and opt for grass-fed beef bologna to get all of the extra nutritional benefits that come from eating better bologna.

Our grass-fed beef bologna is made from the finest cattle raised on wide-open pastures. They are fed only grass and treated with the respect and care the animals feeding us deserve. We never use hormones, MSG, antibiotics, or any of the other industrial practices that diminish the nutritional content and abuse the environment.

The result is a flavor that is as natural and rich as it gets. You won’t think about bologna the same way after, we promise you that.

Pick up our 100% grass-finished bologna today.