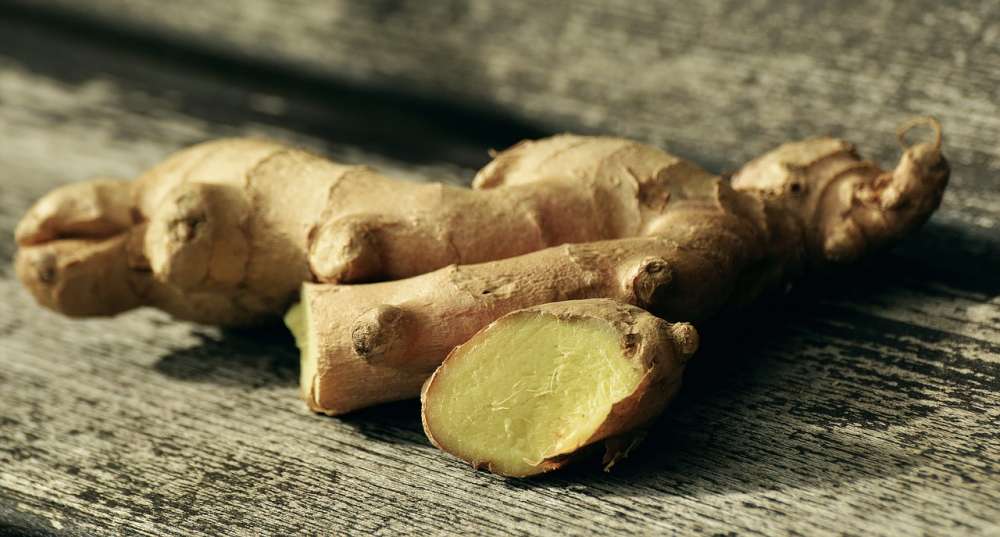 Many of us have a love affair with ginger. For some of us, it’s the comfort of spicy ginger bread cookies. For others, ginger is part of our daily tea or nutritional supplements. Or perhaps you love a bit of ginger in Japanese food… or juiced into your morning smoothie.

If you enjoy ginger regularly, you’re doing a good thing for your body. The health benefits of this ancient medicinal root are well-known and impressive. Ginger is known for its high antioxidant value. It also packs potent anti-inflammatory action. It’s used to treat arthritis, improve cardiovascular function and blood sugar control and act as a digestive aid.

But ginger also promises other potent benefits, including helping to reduce your risk for cancer. Let’s have a look at some of the medicinal benefits of ginger, and how you can enjoy it as a daily part of a cancer-fighting diet.

On the outside, ginger has a knobby appearance, very similar to turmeric. In fact, both plants are from the same Zingiberaceae family. And just like its golden relative, ginger also has powerful medicine beneath its mundane exterior.

Gingerol is the most thoroughly researched compound in ginger. It is always found in fresh ginger. But there is another medicinal compound found in ginger – especially when the root is dried.

The compound is shogaol. And it may be even more potent than gingerol.

While science is still unravelling the myriad of beneficial compounds found in ginger, and how they work to improve health, we already know that ginger has powerful effects against two of the biggest risk factors for aging and disease…

You may already know that inflammation and oxidation (free radical damage) are two important signs of trouble in your body. Left unmanaged, these twin forces of aging and disease dramatically increase your risk of heart disease, diabetes, brain atrophy, macular degeneration… and cancer.

The good news is that ginger is a very potent natural anti-inflammatory and antioxidant.

In-vitro and mouse studies show that gingerol and other phytochemicals in ginger directly target numerous pathways that lead to inflammation. They also increase your body’s production of its own super-charged antioxidants!

In 2005, researchers tested the effectiveness of ginger on tumors in rats. The research, published in the InternationalJournal of Clinical Chemistry, found that ginger decreased tumors in the subjects.  They also found a significant reduction in free radicals and an increase in the production of antioxidants.1

Another study found a chemical in ginger, called zerumbone, stopped the growth of colon cancer in mice. It’s thought that this compound works by suppressing inflammation in the colon. The researchers also found that as the dose increased, so too did the anti-inflammatory effects.2

Clinical research still needs to catch up. But in the meantime, a daily dose of ginger is a great way to boost your health.

In fact, nutritional science has an eye on an even more impressive health benefit of this humble root…

You may already know that chemotherapy kills cancer cells – along with those that are healthy. But did you know that even powerful forms of chemotherapy leave behind cancer stem cells!

The authors of a study published in the journal Pharmacology and Therapeutics state:

“Cancer stem cells (CSCs), which comprise a small fraction of cancer cells, are believed to constitute the origin of most human tumors … Many studies also suggest that CSCs serve as the basis of metastases”.3

As cancer stem cells continue to circulate in the body, they stand ready to re-form tumors. And these cancers return much stronger and harder to treat. There is now considerable effort in cancer research to find ways of targeting cancer stem cells.

Ginger to the Rescue

In 2015, a study demonstrated the powerful benefits of the compound 6-shogaol on cancer. The research showed that it worked on both breast cancer cells and cancer stem cell cultures to:

In their study, the researchers compared shogaol alongside the chemotherapy drug Taxol and curcumin (from turmeric). All three compounds reduced the breast cancer cells. However, ginger outperformed the other two.

But when it came to the all-important stem cells – literally the seed from which cancer forms – only ginger and turmeric were effective. And again – ginger outperformed.

According to the researchers, the Taxol could not match the activity of shogaol, “even at a 10,000 fold higher concentration.”4

And ginger’s natural medicine does its work against cancer stem cells… without harming healthy cells!

Turn Down the Noise On Nausea

Ginger and the gut have gone hand in hand for thousands of years. Our ancestors used to use it for a range of digestion issues. But the most common use is for nausea and vomiting.

Ginger has been shown to outperform Dramamine, the leading sea sickness medication.5  Studies also show that it can help those who experience nausea from chemotherapy.6

More research about these benefits of ginger will come with time, but so far it points to ginger being a safe (and delicious) choice for everyday tummy troubles.

How to Take Your Daily Dose of Ginger

For the best results, be sure to mix up how you take your ginger.

For the most powerful cancer-fighting properties, dried ginger is the highest in shogaol. Fresh ginger is highest in gingerol. Once you cook ginger, the primary compound becomes zingerone (another medicinal phytochemical).

You can pop ginger through a juicer. Create a refreshing low-sugar drink with juiced cucumber, organic greens, celery and lemon… or add it fresh to smoothies.

You can also use powdered ginger, along with cinnamon, cacao, turmeric and coconut milk for a rich and satisfying antioxidant (and anti-inflammatory!) drink. Steep fresh ginger in a cup of hot water or add it to tea. Get creative and whip up a batch of Paleo gingerbread cookies with a healthy helping of ginger!

The spicy-sweet taste of ginger is a wonderful addition to sweet and savory dishes alike. You can add it to almost anything to enhance flavor and boost the healing power. One word of caution: If you are on blood thinners, check with your doctor first as ginger may increase risk of bleeding.